WELLINGTON: Members of the Bangladesh cricket team have indicated they want to leave New Zealand and abandon the third Test match against the Kiwis following the mass shooting at a Christchurch mosque on Friday.

Players and members of the team's coaching staff were reportedly on their bus, approaching the Masjid Al Noor mosque in Hagley Park when the shooting broke out. 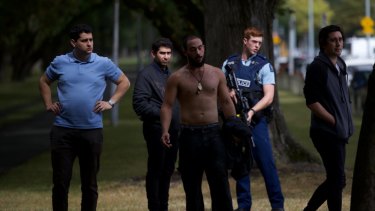 Stuff.co.nz reported about seven or eight "very shaken" members of the touring side getting off the team bus, and moving into their hotel.

An official ushering the team from the bus to the hotel indicated it was unlikely the third Test against New Zealand in Christchurch would be played.

"There's no thoughts toward the game. That's not the biggest concern right now, the players need space," the team official said.

Mario Villavarayen, a strength and conditioning coach with the team, told New Zealand media the players did not see the shooter but heard shots. He said they were shaken but unhurt.

The team is reported to have left the bus and fled on foot to nearly Hagley Oval where it is due to play New Zealand in a Test match starting on Saturday.

Reports said the team is under lockdown in its dressing room at the stadium from which manager Khaled Mashud has remained in contact with officials from New Zealand Cricket and the Bangladesh Cricket Board.