More than a decade after an atomic bomb decimated the Japanese city of Hiroshima a small English seaside town was about to be next.

Skipsea, in East Yorkshire, was the village chosen to be vaporised by up to 12 nuclear bombs as the army put its firepower to the test during the Cold War.

But the tiny seaside town was saved when an eager to please Australian government stepped in and offered to instead sacrifice a remote section of the nation’s outback.

The area known as Maralinga, in South Australia – more than 15,000 kilometres from England – became a nuclear testing zone for the motherland and displaced the local Aboriginal tribe.

More than six decades on the decision has created a little known ‘cancer capital’ in a remote part of the country – and thrown doubt over whether the nation will ever have nuclear energy. 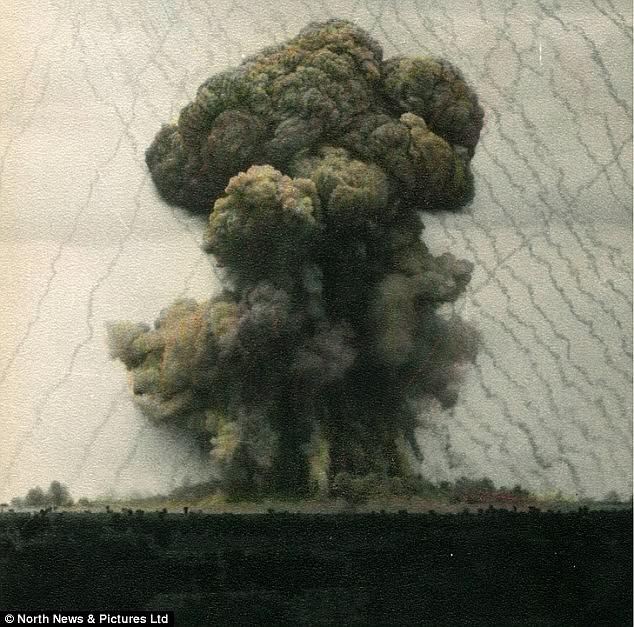 Incredible photos show nuclear testing carried out by the English army in the 1950s as Britain tried to match Soviet and US nuclear technology. The Australian government allowed English forces to run their tests in the outback, instead of destroying a small seaside town of their own 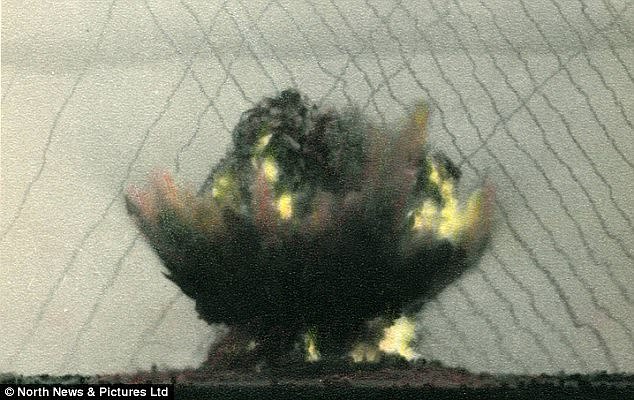 An area known as Maralinga – more than 15,000 kilometres from England – became a nuclear testing (pictured) zone for the motherland and displaced the local Aboriginal tribe

Documents unearthed earlier this year revealed the incredible plan experts had to destroy the seaside village with dozens of nuclear experiments.

An underground bunker was built below the town from where scientists planned to assess the levels of destruction at ground level, the Daily Express reported.

But the idea was dumped before it had even reached the floors of parliament.

On the other side of the world, an eager to impress Australian government stepped in to offer up its own soil for testing.

The remote area – some 200 kilometres north of Adelaide – belonged to the Anangu Pitjitjantjara indigenous language group.

But the group was removed from their land between 1956 and 1963 when Britain appropriated the area to conduct nuclear tests.

Australian and British servicemen built the test site and an airstrip on Section 400 in 1956 in a region known colloquially as the Woomera Rocket Range, which had been established as a restricted access area after the end of the Second World War. The area known as Maralinga (pictured), sits more than 200 kilometres north of Adelaide, the capital of South Australia 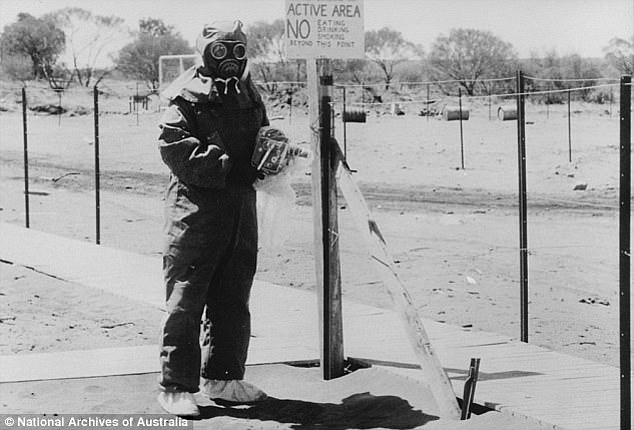 English and Australian forces involved in the nuclear testing wore protective suits (pictured), but many of them still experienced vomiting, skin rashes, diarrhoea, fevers and, later, blood diseases and cancer 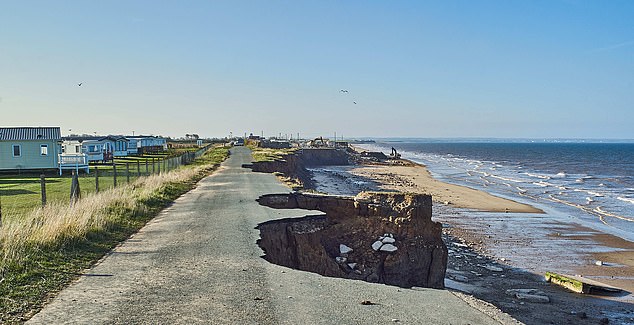 English forces had initially planned to drop their nuclear bombs at Skipsea (pictured), a small seaside town in the country’s north. Today it remains undisturbed and home to roughly 600 people 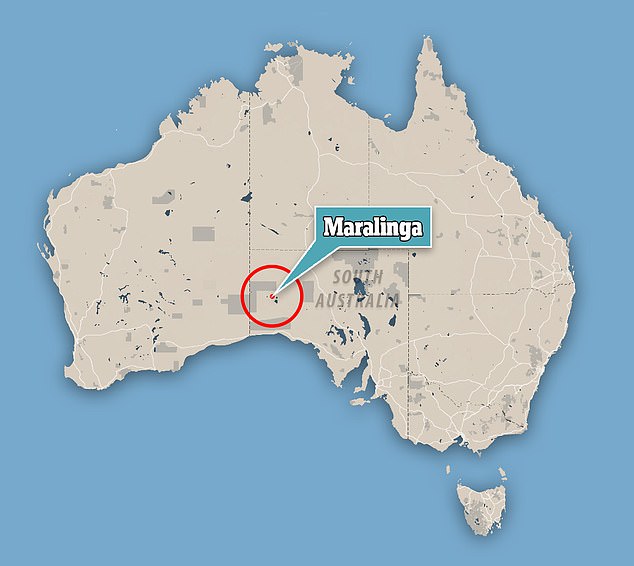 They also used the Montebello Islands off Western Australia, in a bid to establish its nuclear power status during the Cold War.

At the time of the testing Sue Coleman-Haseldine was only a toddler.

But she still tells stories of the ‘black mist’ of radioactive fallout floating across the sky in the hours after testing.

Ms Coleman-Haseldine – who last year spoke about nuclear testing to the United Nations – said her family continue to be ‘haunted’ by it more than six decades later.

‘I was a small child when the British and Australian governments tested nuclear weapons in the South Australian desert,’ she told the UN convention in Vienna.

‘For over a decade there were full nuclear explosions and hundreds of experiments.

‘Aboriginal people were still living close to the test sites and were told nothing about radiation.

‘High rates of cancer were eventually documented in the 16,000 test workers, but no studies were done on Aboriginal people and others living in areas of fallout. 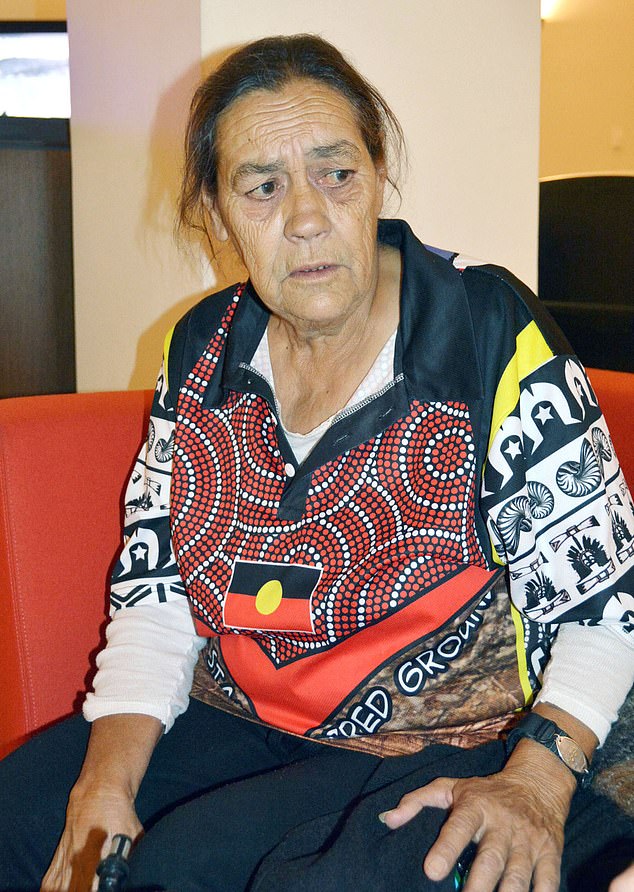 Sue Coleman-Haseldine (pictured) was only a toddler at the time of the testing, but has since seen many of her local people suffer from radiation-related sickness in what has been dubbed the ‘cancer capital’ 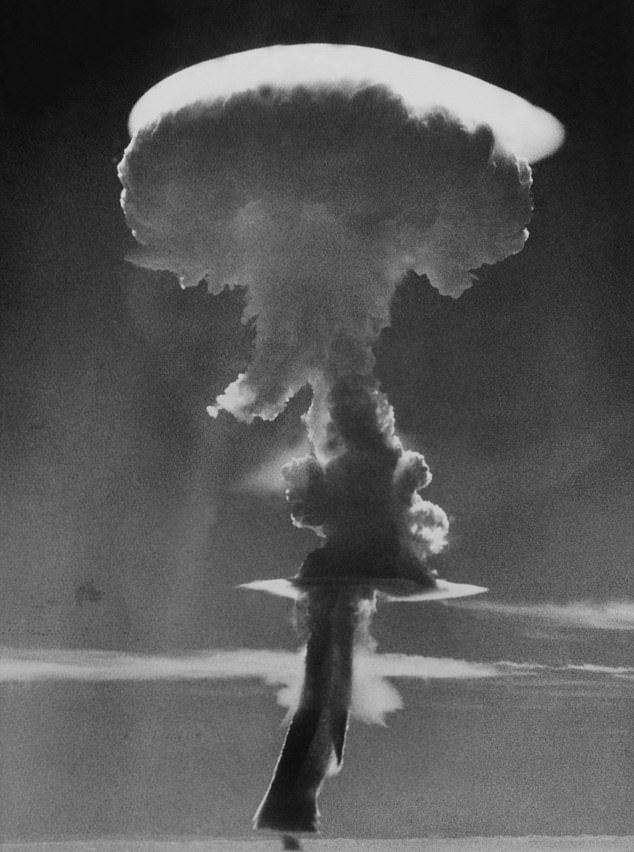 Aside from the site in South Australia, nuclear bombs were also dropped at Christmas Island (pictured), an Australian territory off the north-west coast of the mainland 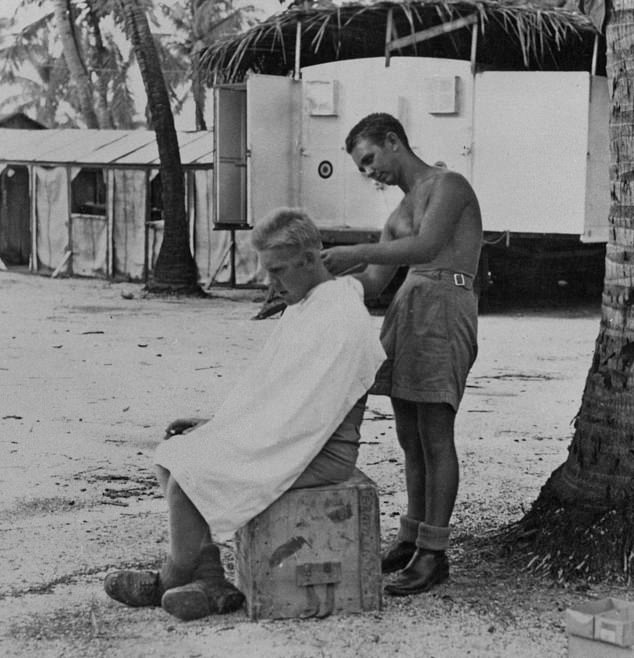 ‘It’s been called the cancer capital of Australia.’

Although many Aboriginal people were forcibly removed from their land, more than a thousand were directly affected by the bombs.

Vomiting, skin rashes, diarrhoea, fevers and, later, blood diseases and cancer were among the common conditions caused by the testing.

A 1985 royal commission into the British nuclear testing in Australia found the fallout from exploding radioactive Caesium-137 and elements such as Uranium, Plutonium and Beryllium in the desert was three times greater than predicted.

More than 25 years after the bombs dropped, the tests left Geiger counter readings ‘off the scale’.

The local Aboriginals, because of ‘their unique lifestyle, and often their lack of clothing, footwear and permanent shelter’ were particularly vulnerable to radiation; one group became sick after walking across highly radioactive ground in bare feet. 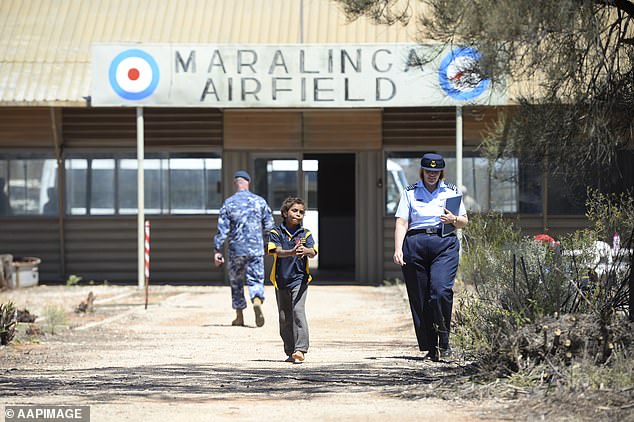 More than 25 years after the bombs dropped, the tests of nuclear levels in the area left Geiger counter readings ‘off the scale’ (Pictured is the Maralinga Airfield base) 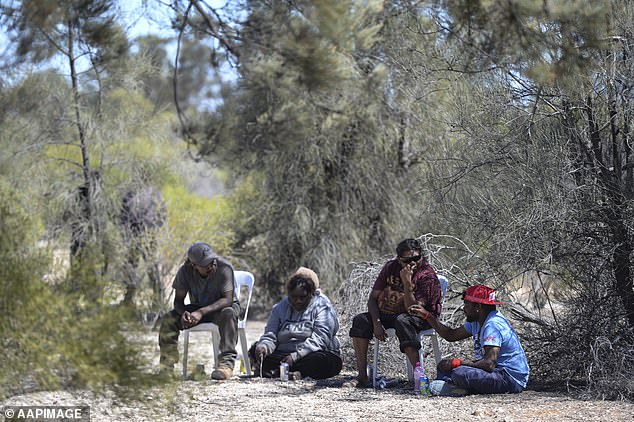 Some land title was returned to its Aboriginal owners after the royal commission and from 1993 to 2001 the Australian Government spent $100 million cleaning the area.

In 2004, special legislation was passed handing back the title over 21,000 square kilometres to the Maralinga Tjarutja and Pila Nguru people.

But it wasn’t until 2014 that the land’s traditional owners were finally allowed back on the nuclear testing site.

Tours are run now through the out-of-bounds areas showcasing not just the testing site but also the disturbed Aboriginal land.

Meanwhile on the other side of the world, a quiet seaside town remains undisturbed.