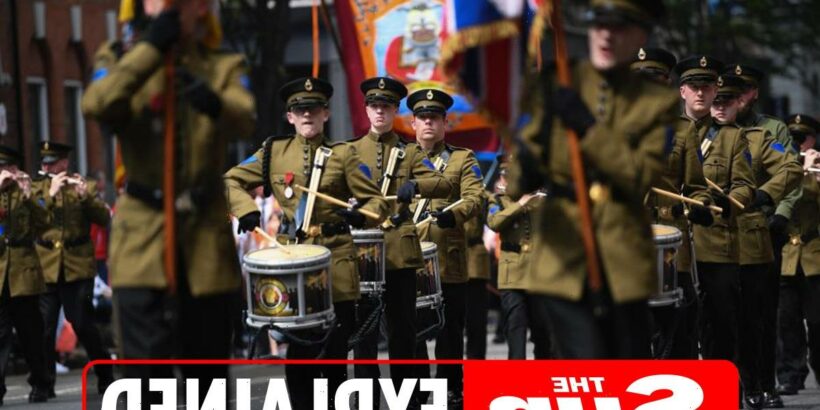 JULY 12 is one of the key dates in the Northern Ireland calendar as hundreds of thousands line the streets to watch parades commemorating King William of Orange.

Steeped in violence and controversy – the Twelfth celebrates the protestant King "Billy" defeating the catholic King James at the Battle of the Boyne in Ireland in 1690. 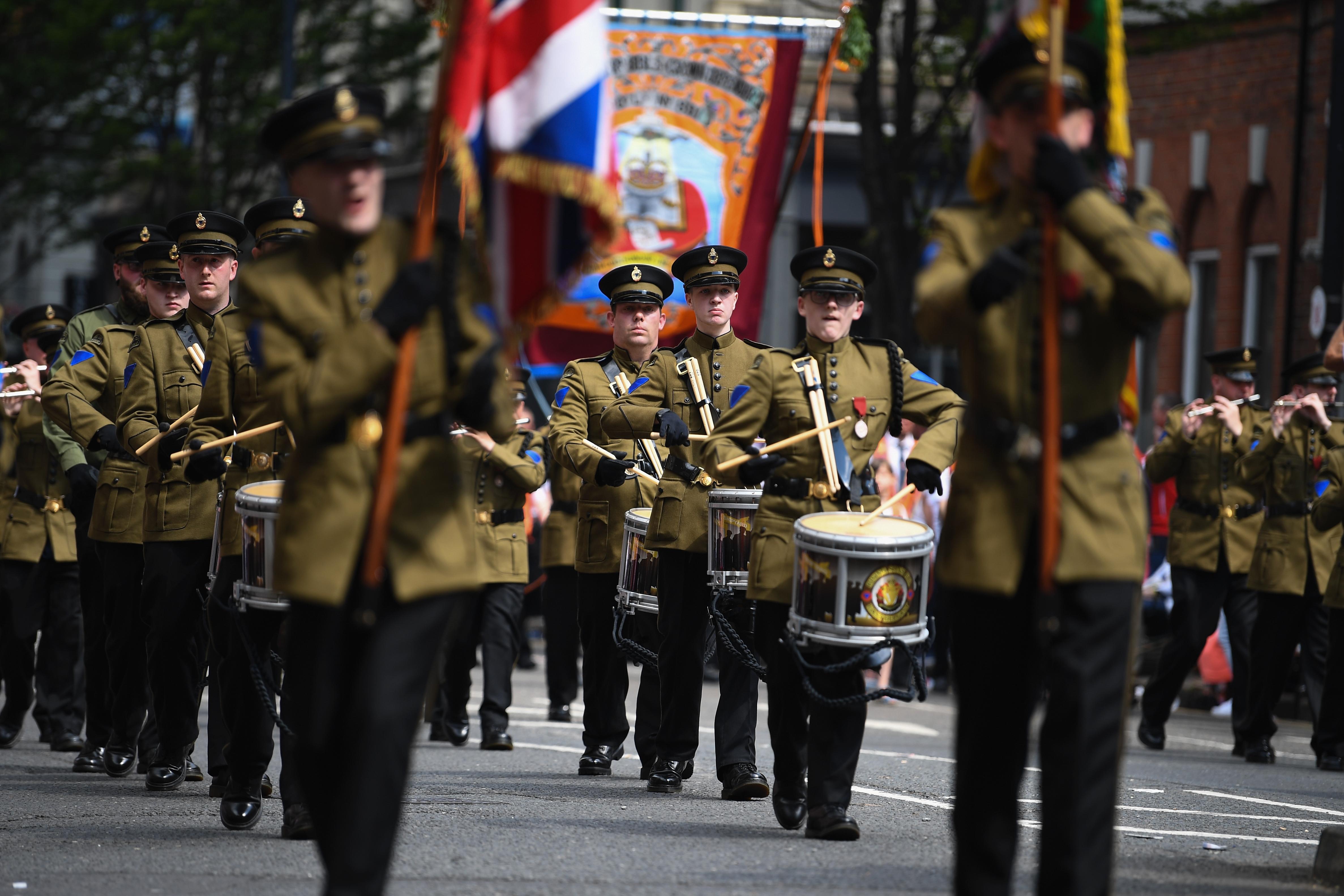 What is the 12th July parade route in Belfast?

After the lighting of massive five-storey tall bonfires across the country the previous night, July 12 sees protestant flute bands and the Orange Order, which was formed in 1795, take to the streets for marches.

A public holiday in Northern Ireland, as many as 200,000 people line the routes to take part in the fervent pro-British celebrations.

After a fire in the city's flagship Primark store in 2018, the route has changed.

At the City Hall, a wreath laying ceremony will take place at the Cenotaph, before marchers head down Bedford Street, Dublin Road, Shaftsbury Square, Bradbury Place, Lisburn Road, Balmoral Avenue and Malone Road in the South of the city.

The 8,000 Belfast marchers will then gather in Barnett Demense park for speeches before the return parade. 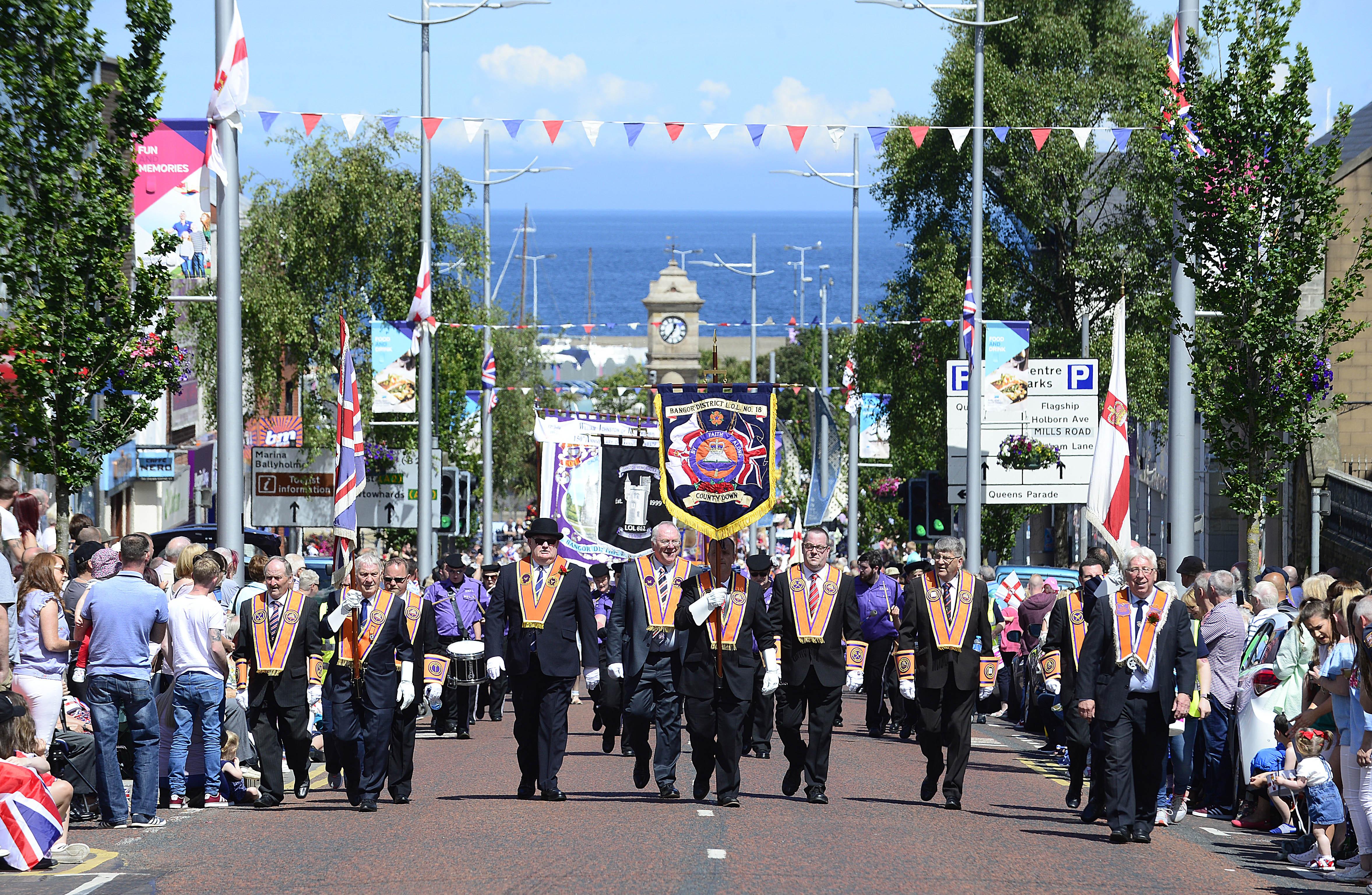 Where else are there large parades in Northern Ireland?

The Loughgall parade in Co Armagh is the largest Twelfth celebration.

It takes place close to where the Orange Order was formed in 1795 and will see 5,000 marchers watched by more than 20,000 spectators.

Brookeborough in Co Fermanagh will host 90 local Orange lodges as well as visiting Orangemen and women from neighbouring counties including south of the Irish border.

As many as 70 bands will take part in the march.

This is the largest parade in Co Tyrone with 70 Orange lodges and 50 bands taking part.

There are a total of 18 parades taking place in Northern Ireland in 2019.

The longest one is in Belfast which is six miles in length with around 60 bands taking part.

What is the history of the Twelfth?

The Twelfth (also called the Glorious Twelfth or Orangemen's Day) is an Ulster Protestant celebration held on July 12.

It remembers the 1690 Battle of the Boyne when the Dutch Protestant King William of Orange defeated his father-in-law, Catholic King James ll of England and Vll of Scotland.

The battle took place across the River Boyne near the town of Drogheda in the east of Ireland.