The Prime Minister was asked if the President had a “medical problem with stairs” after he was reputedly pictured taking hold of her hand during his UK visit. 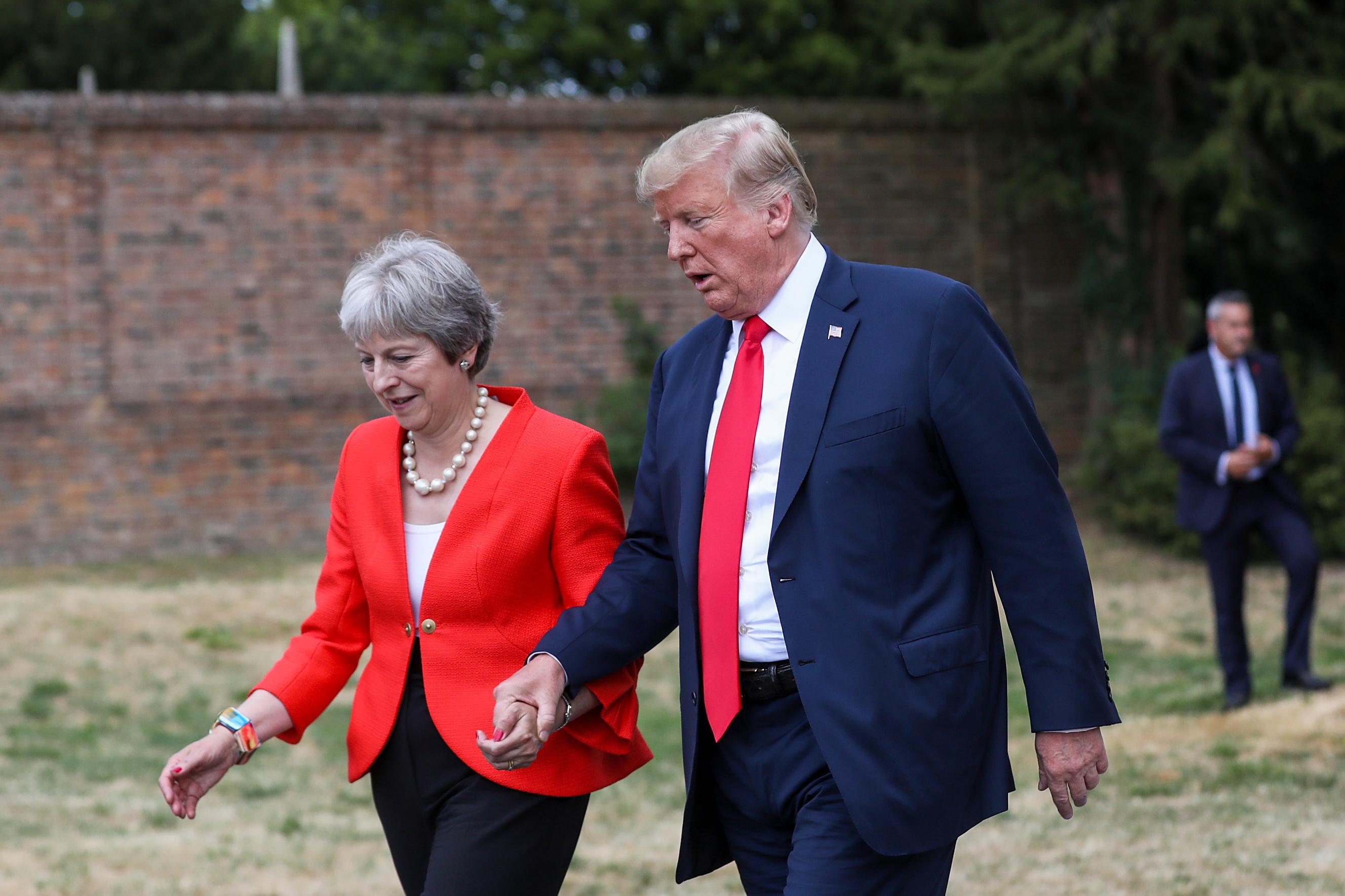 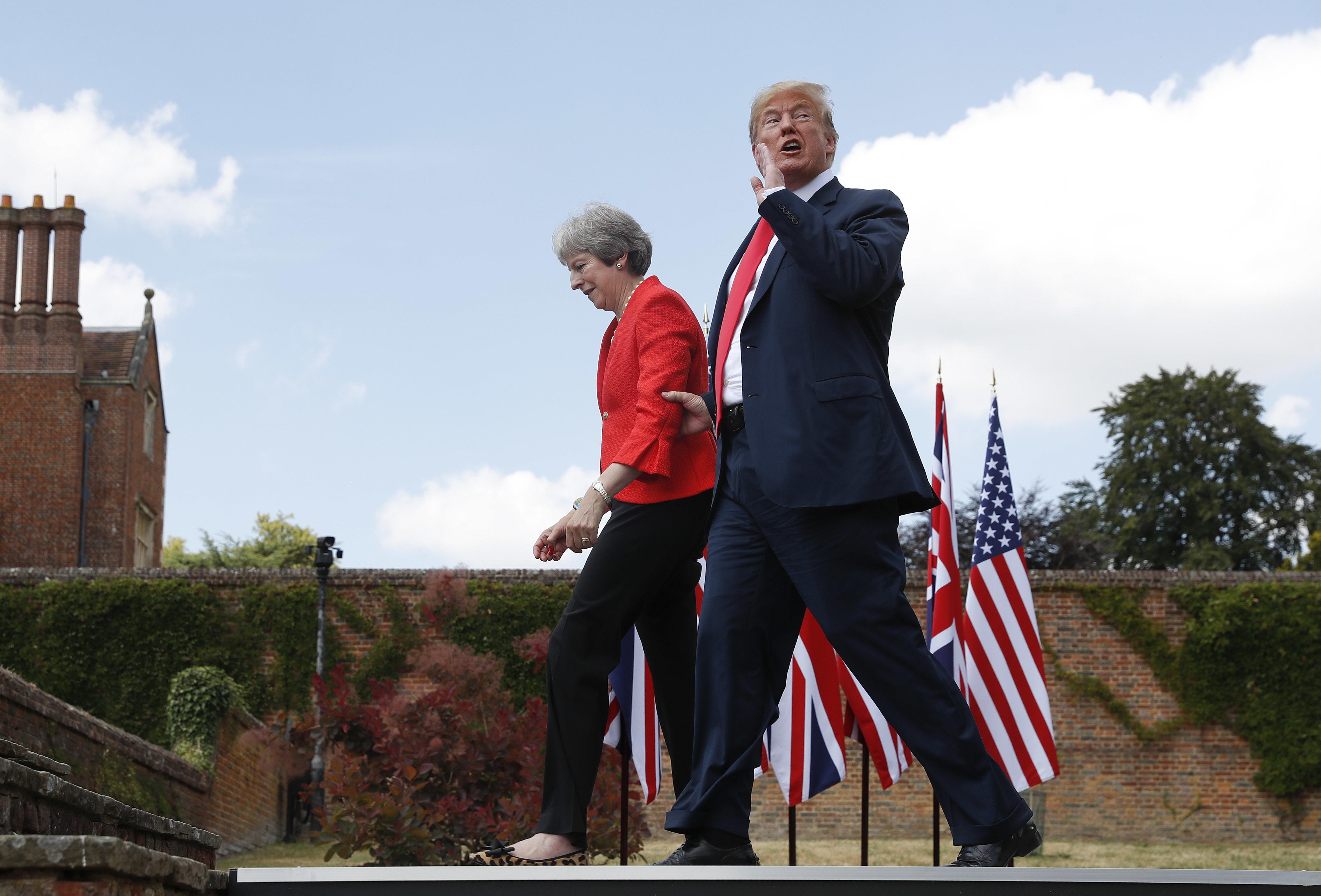 But Mrs May brushed the subject off in her interview with the BBC, after host Andrew Marr tried to claim it made her look a “little bit submissive”.

The issue was first raised when the PM went to Washington last year, after pictures emerged of Mr Trump holding her hand as they walked down some steps at the White House.

There was speculation it was because the President had a fear of stairs, known as "bathmophobia", but at the time No10 said it was due to an “unseen ramp”.

But it was brought back to the fore when Mr Trump held Mrs May by the hand as they walked up some steps to Blenheim Palace for a dinner last Thursday. 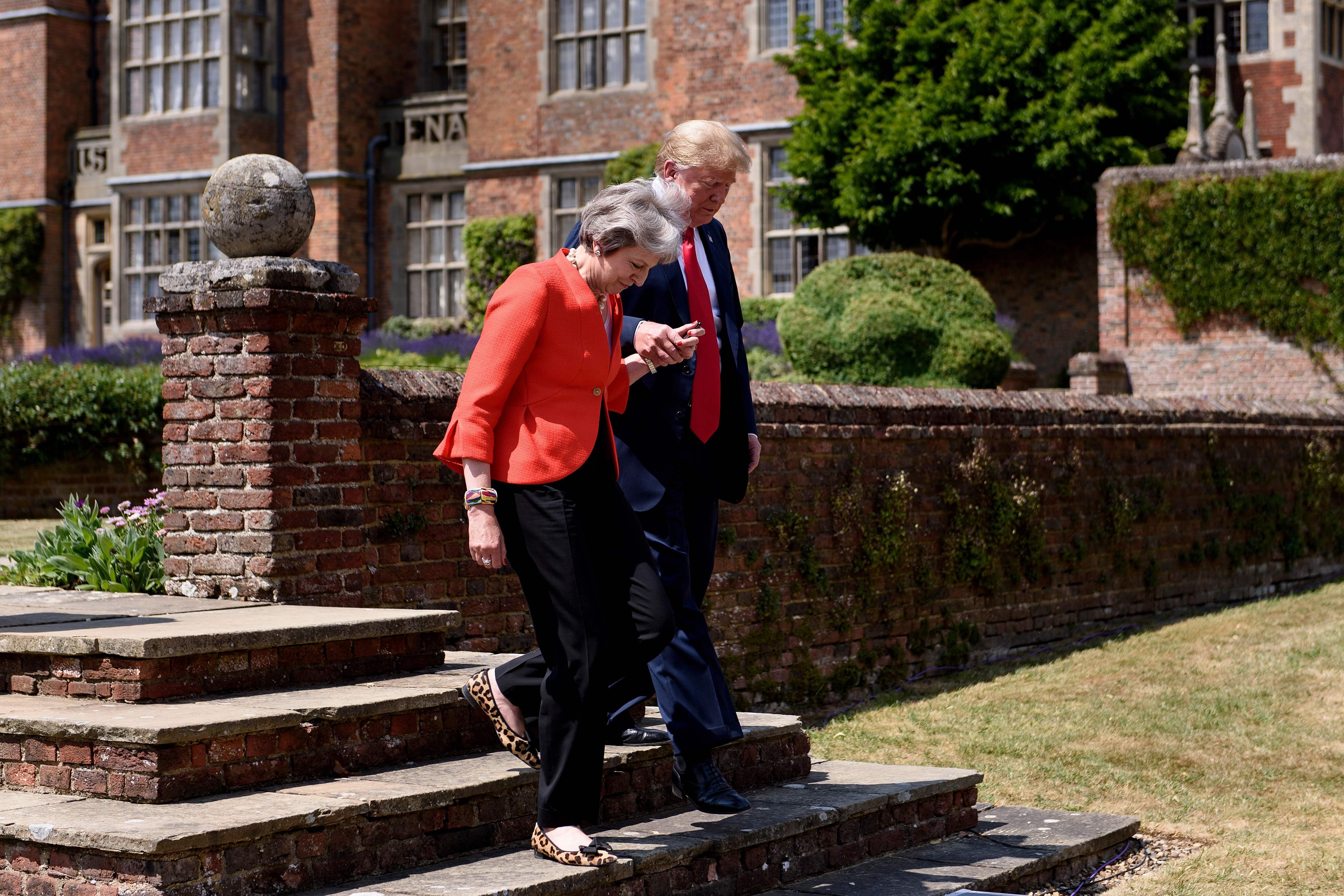 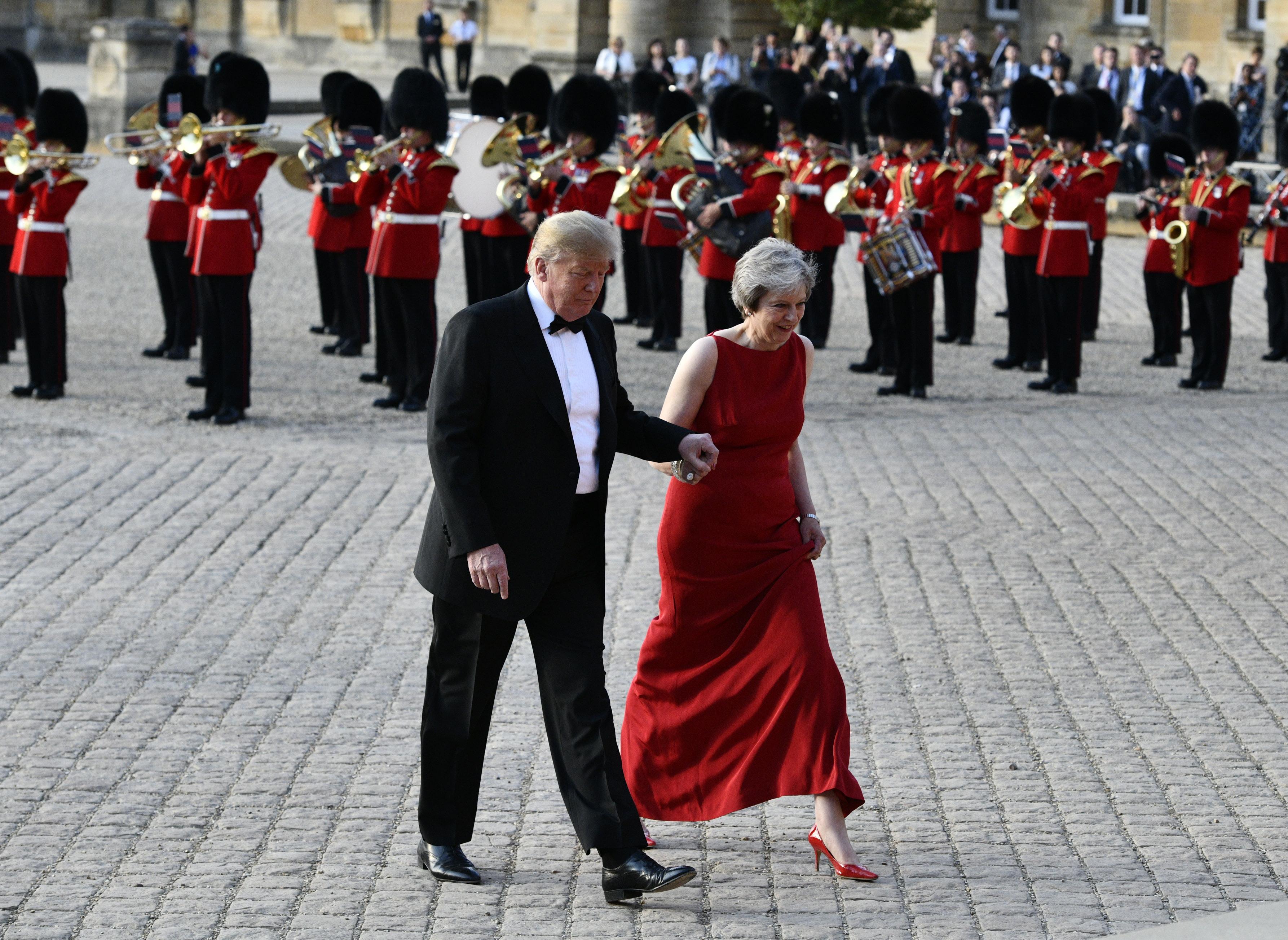 And on Friday as the pair were holding a joint press conference they were recorded holding hands both on the way there and back again.

Mr Marr called it an “extraordinary moment”, asking: “What was going on there? Is there a medical problem with stairs and Donald Trump?”

The PM replied: “Well, I think what you notice is that whenever he takes me down a slope or stairs and he did it up the steps at Blenheim Palace, he takes my…”

Interrupting, the presenter said “he grabs you”, to which she responded: “Well he talks my hand to help in going up the steps. Now I think that is.” 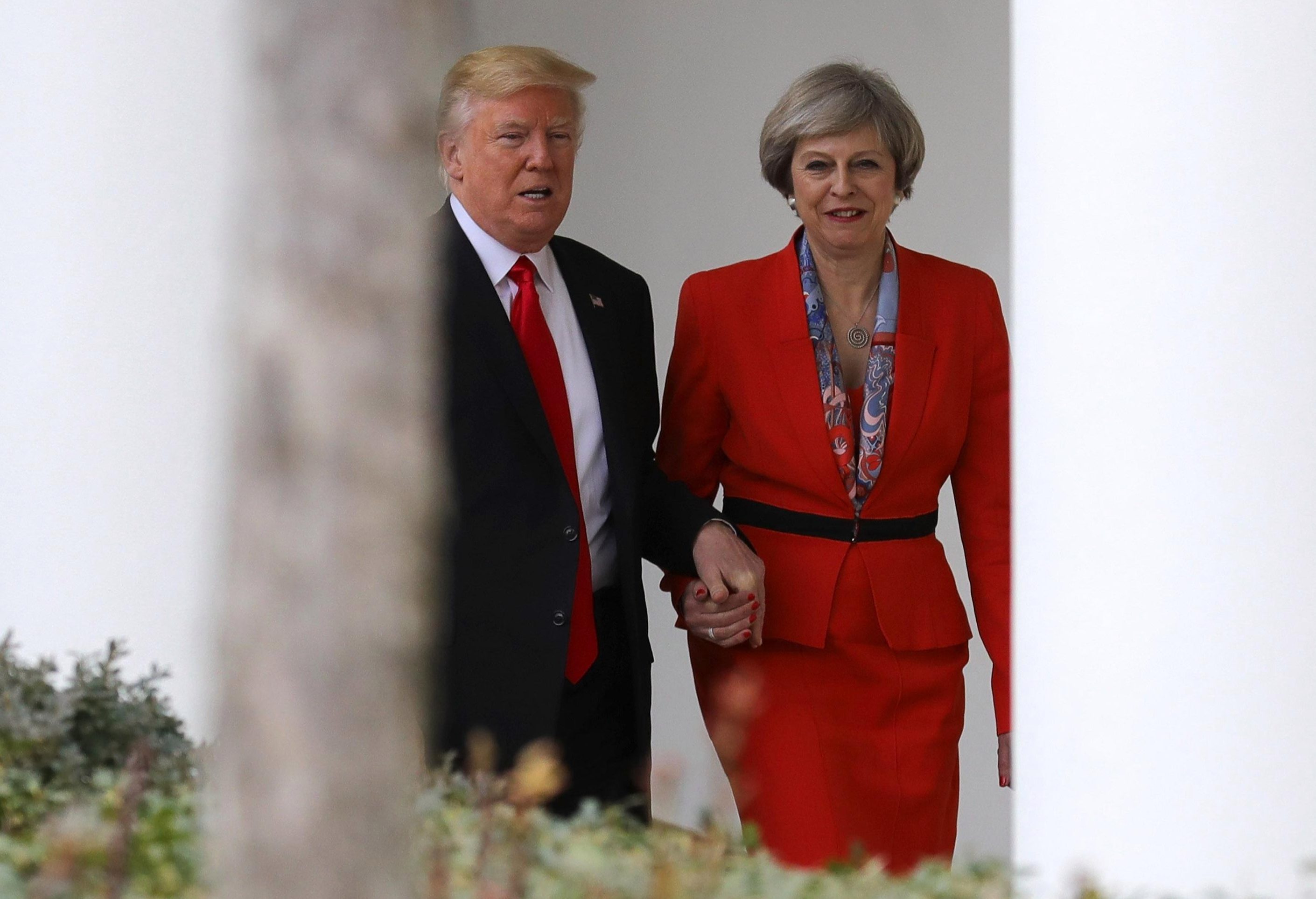 To which Mrs May said: “Oh Andrew, come on.”

She also maintained that she could trust him, despite some of his contradictory statements, saying: “I sit down with the President of the United States of America and we come to agreements and we put those into place.

“And that is – that is part of the very special – the highest degree of special relationship that we have.”