No10 issued a quick slap-down today after the EU's Brexit poured cold water on her plans to avoid a hard border on the island of Ireland after we leave the EU. 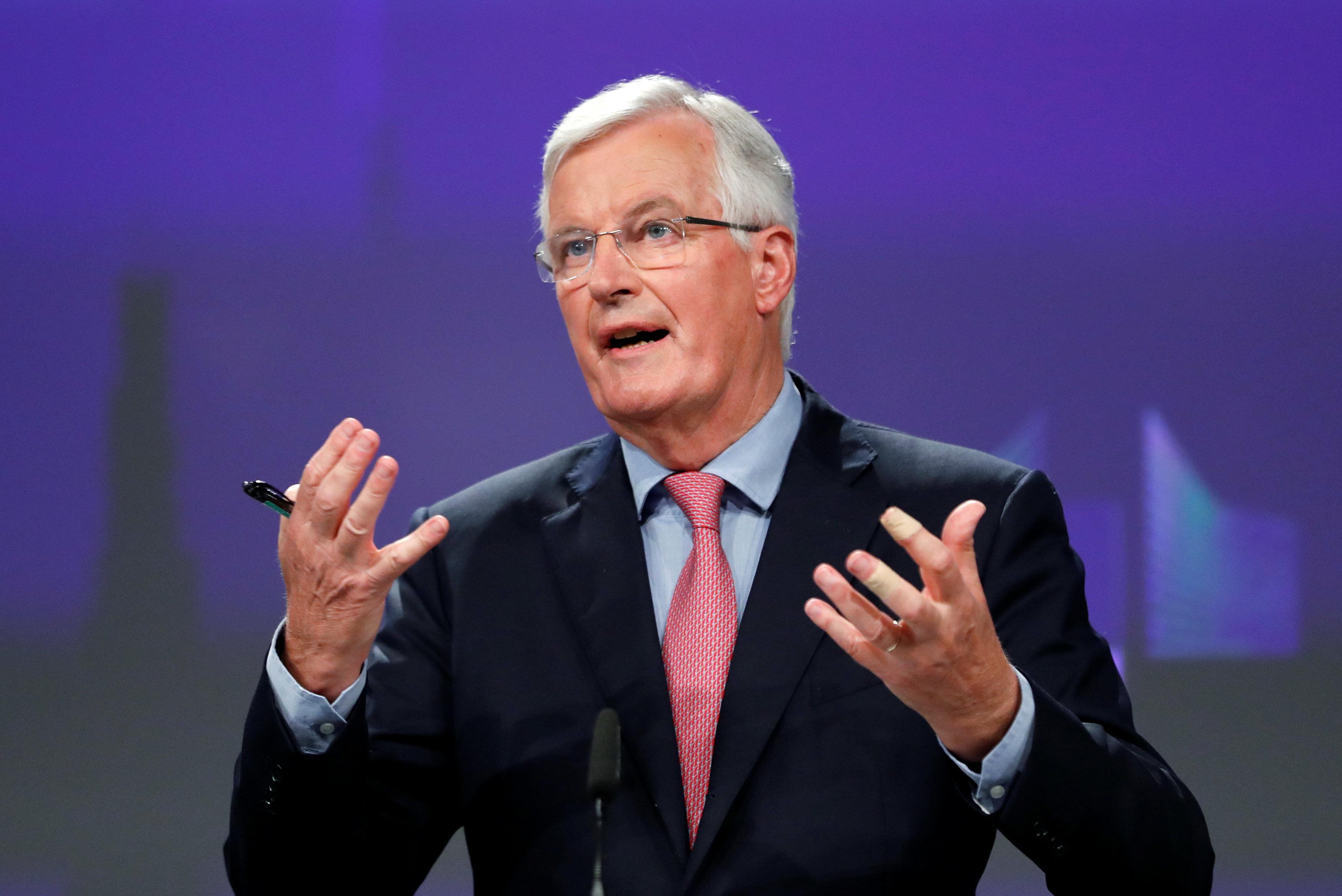 As Mrs May's day turned from bad to worse this lunchtime, Mr Barnier insisted that her backstop plans "raise more questions than it provides" and rubbished the idea of an end-date of the agreement.

Mr Barnier argued that checks on ferries crossing between Northern Ireland and the UK in the event of the back-up plans being needed would be much less disruptive than checks along a 500km land border.

That would effectively put the border back in the Irish sea – something which has already been thrown out by Britain and Northern Ireland.

Mrs May's Government partners, the DUP, would never agree to anything which separates them from the mainland. 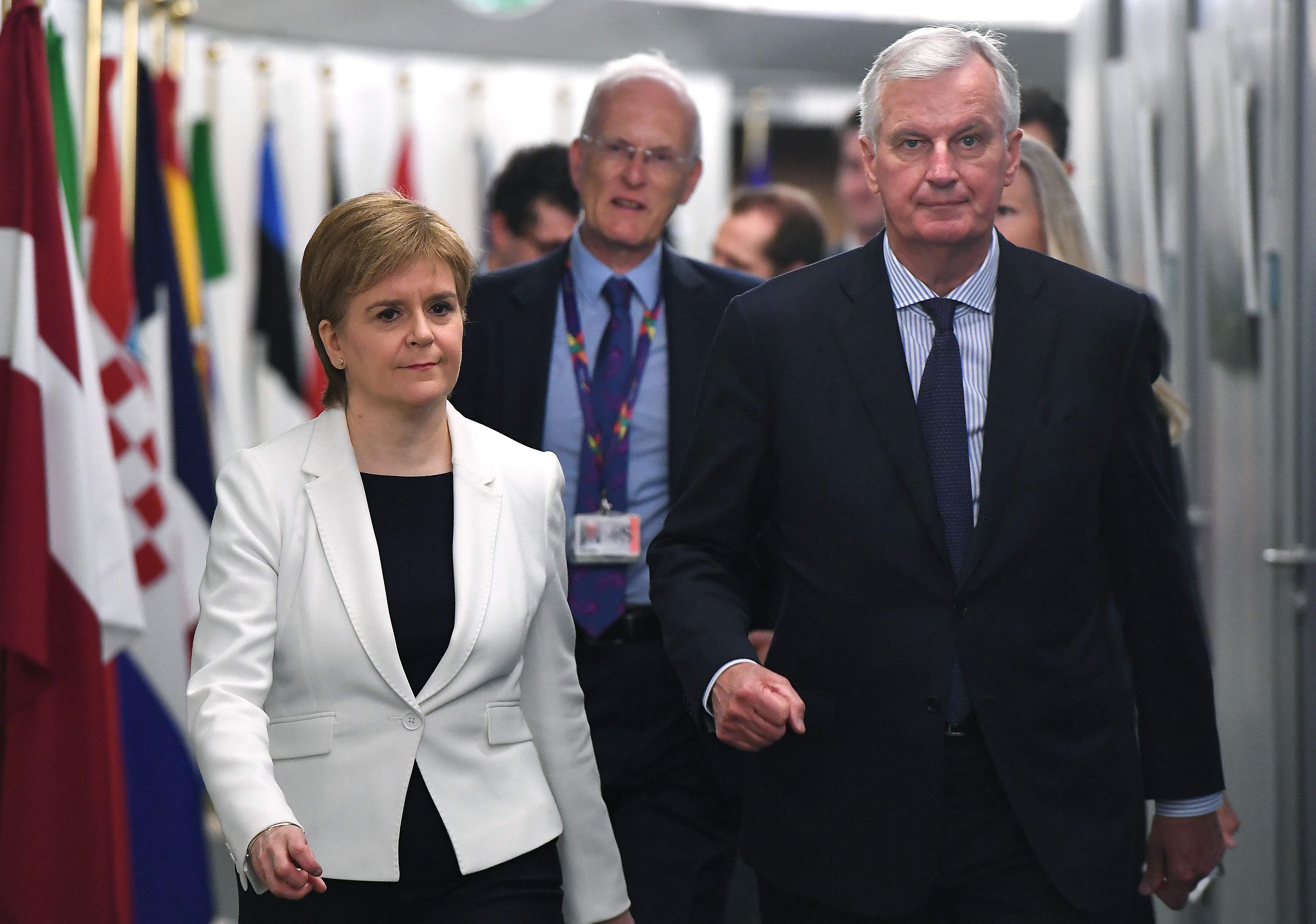 No10 hit back with a furious statement, insisting Mrs May would never do anything to split up the UK.

A spokesperson said:  "The Prime Minster has been clear that we will never accept a customs border between Northern Ireland and the rest of the United Kingdom.

And the DUP were also fuming, saying Mr Barnier's latest demands for Northern Ireland shows they have no respect for the UK at all.

Deputy DUP leader Nigel Dodds stormed: "This is nothing more than an outrageous attempt to revert to the annexation of Northern Ireland.

"We will not accept such a proposal."

Instead he said the focus should be on getting a trade deal, and to forget about the back up plans altogether. 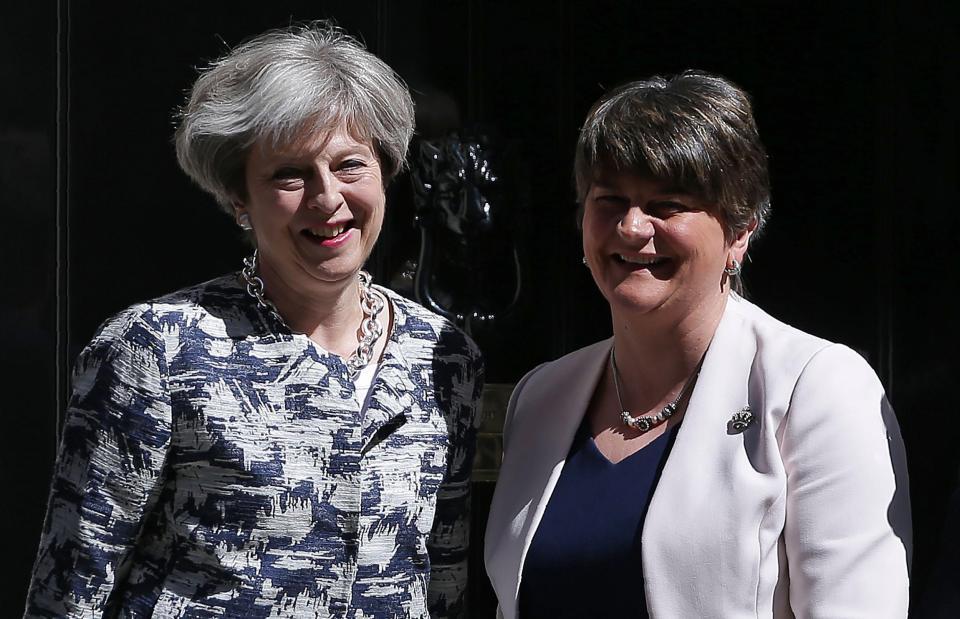 He was originally thought to have said that there was no way the plans for the whole of the UK would be acceptable – but then clarified later in a tweet that he was talking about his own plans.

"This is not a rejection of the UK customs paper on which discussions continue," he added.

Elsewhere in his press conference, Mr Barnier stormed in an angry rant: "When we tell them, our British counterparts, that these benefits are not accessible outside the system created and this is the result of them deciding to leave, some try to make us responsible for the consequence of that decision.

"We are not going to be intimidated by this form of blame game.

"The UK has decided to leave the EU – we respect that and are implementing that, but the UK has to accept that has consequences."

And he called on Britain to show more trust and realism in ongoing talks with the bloc.

Mr Barnier said the option to keep Northern Ireland inside the EU's customs union was an "exceptional" one and that nothing like it had ever been agreed before.

But he did say he was willing to talk to find a solution. 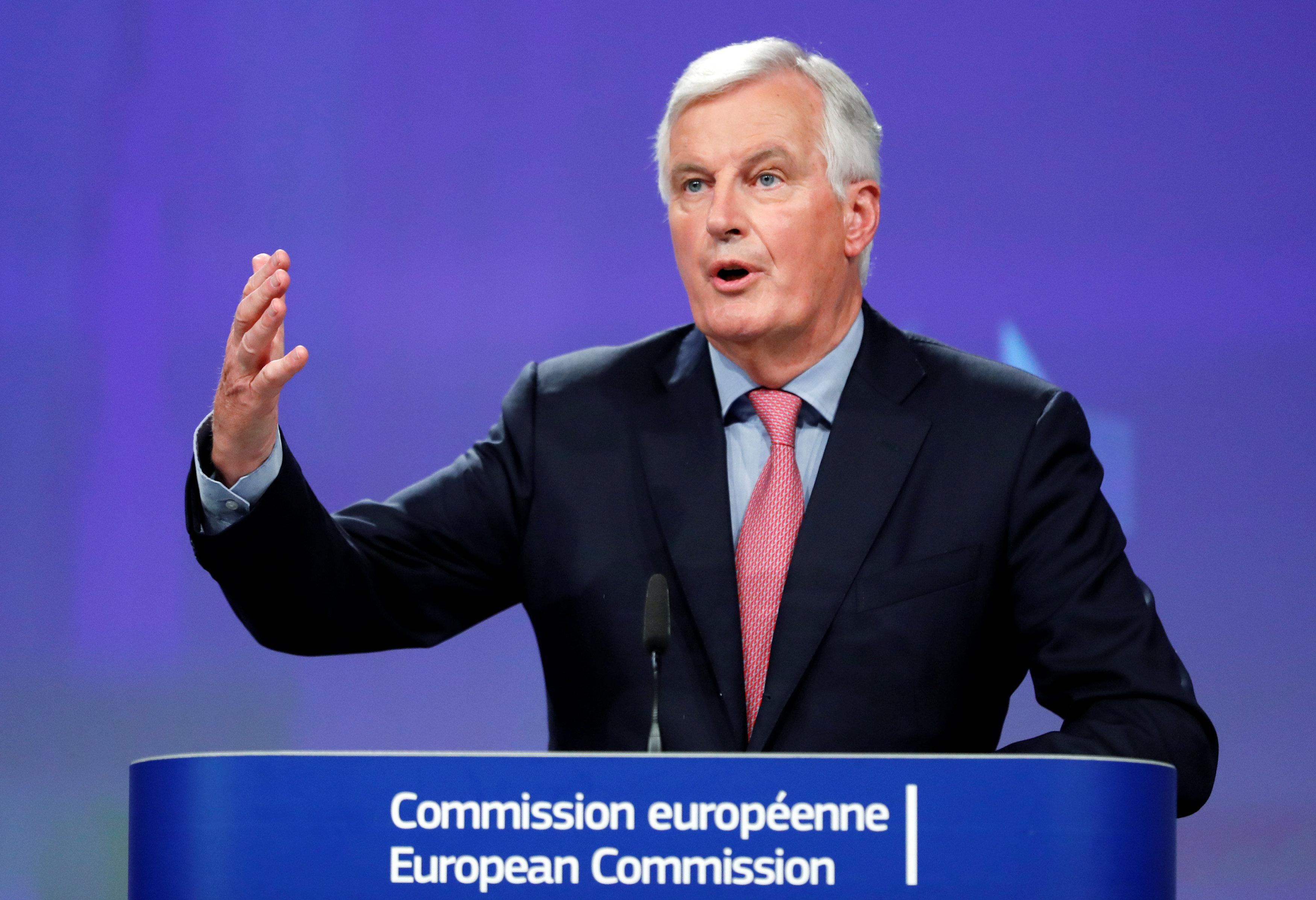 Mrs May hit back immediately to Mr Barnier's comments, saying she would never compromise the unity of the UK.
A Government spokesperson said this afternoon: "The Prime Minster has been clear that we will never accept a customs border between Northern Ireland and the rest of the United Kingdom. We are also committed to maintaining the integrity of our own internal market.

"That position will not change. The Commission’s proposals did not achieve this, which is why we have put forward our own backstop solutions for customs.

"All parties must recall their commitment in the Joint Report to protect the Belfast Agreement in all its parts.

"Michel Barnier has confirmed today that discussions will now continue on our proposal."

The news comes just hours after it emerged that Boris Johnson had lashed out at Remainers in the cabinet, spilling Mrs May's top team into an open civil war.

The Foreign Secretary described the Treasury as the "heart of Remain" and warned of a "meltdown" in EU negotiations to come.