Merkel suddenly looks like bratwurst long past its best-by date. 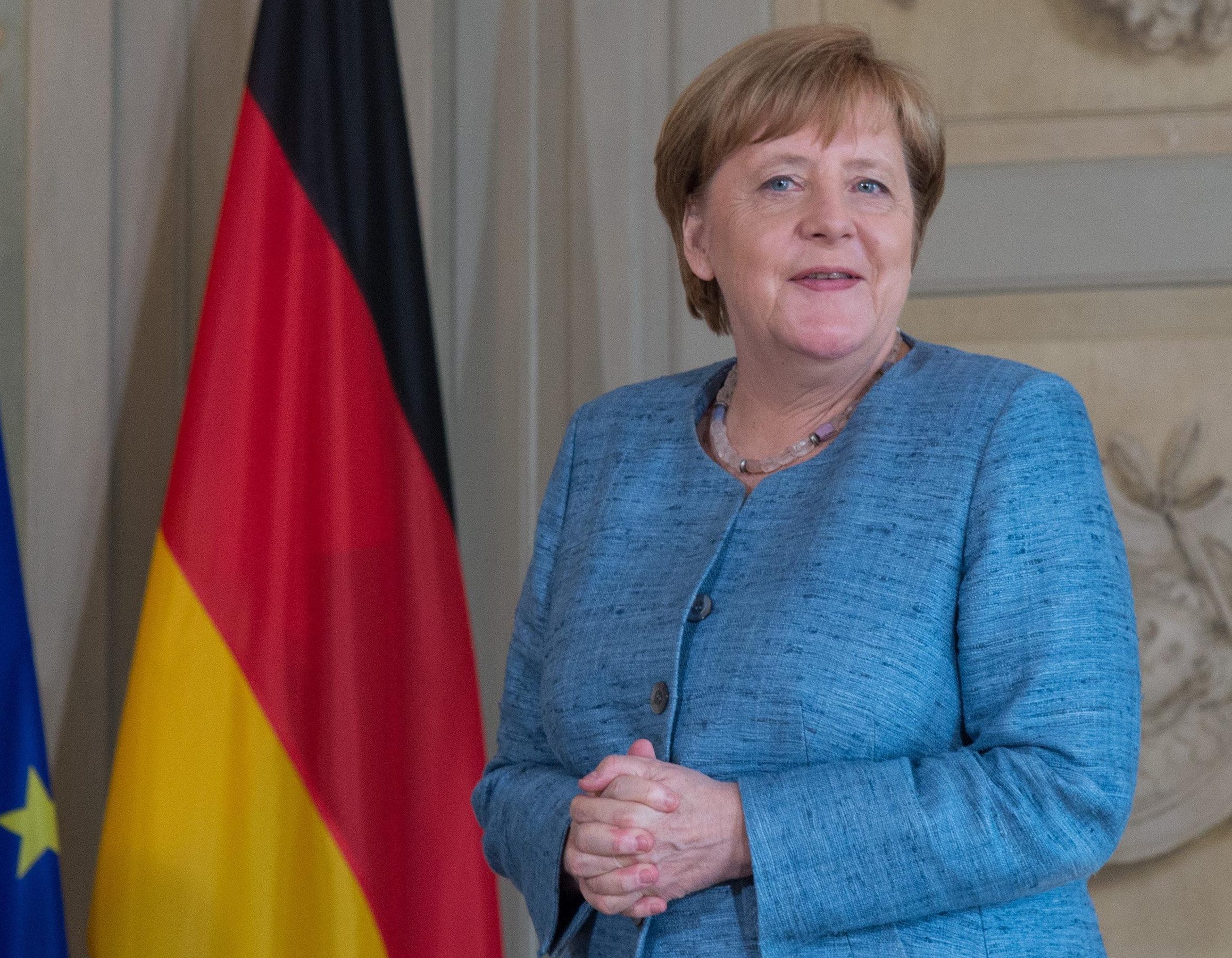 Just a few short years after she actively encouraged the Third World to relocate to Western Europe, Frau Merkel finds herself agreeing to refugee detention camps being built from Africa to the Austrian border.

In fact, in a last-ditch effort to hold her collapsing coalition together and salvage her disintegrating career, Merkel seems willing to agree to anything.

And don’t mention the #RefugeesWelcome hashtag. 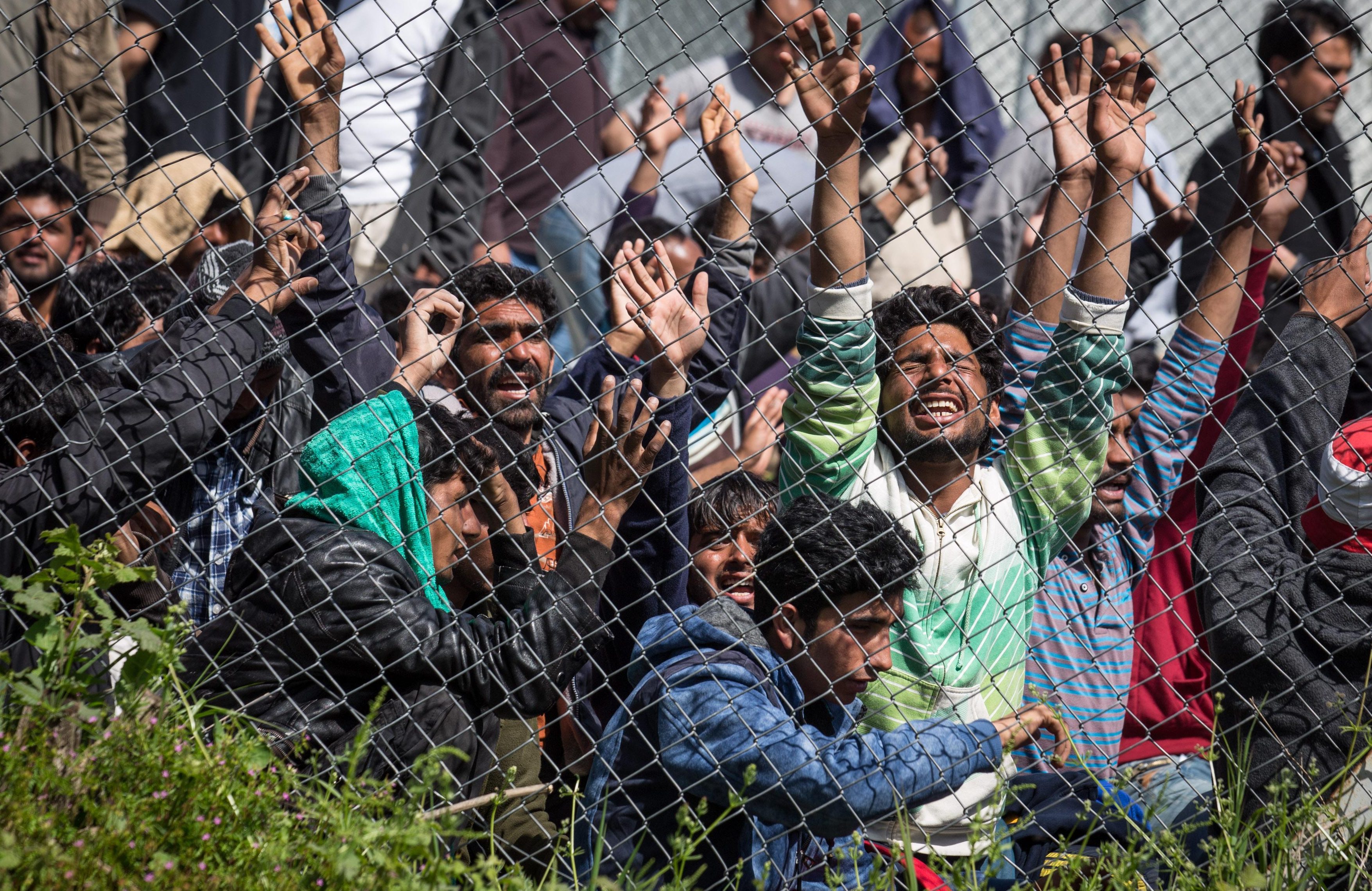 What a change of heart. Merkel’s solution to the refugee crisis of 2015 was to dismantle Germany’s borders.

No elected politician in modern history has ever acted with such monumental, breath-taking arrogance. 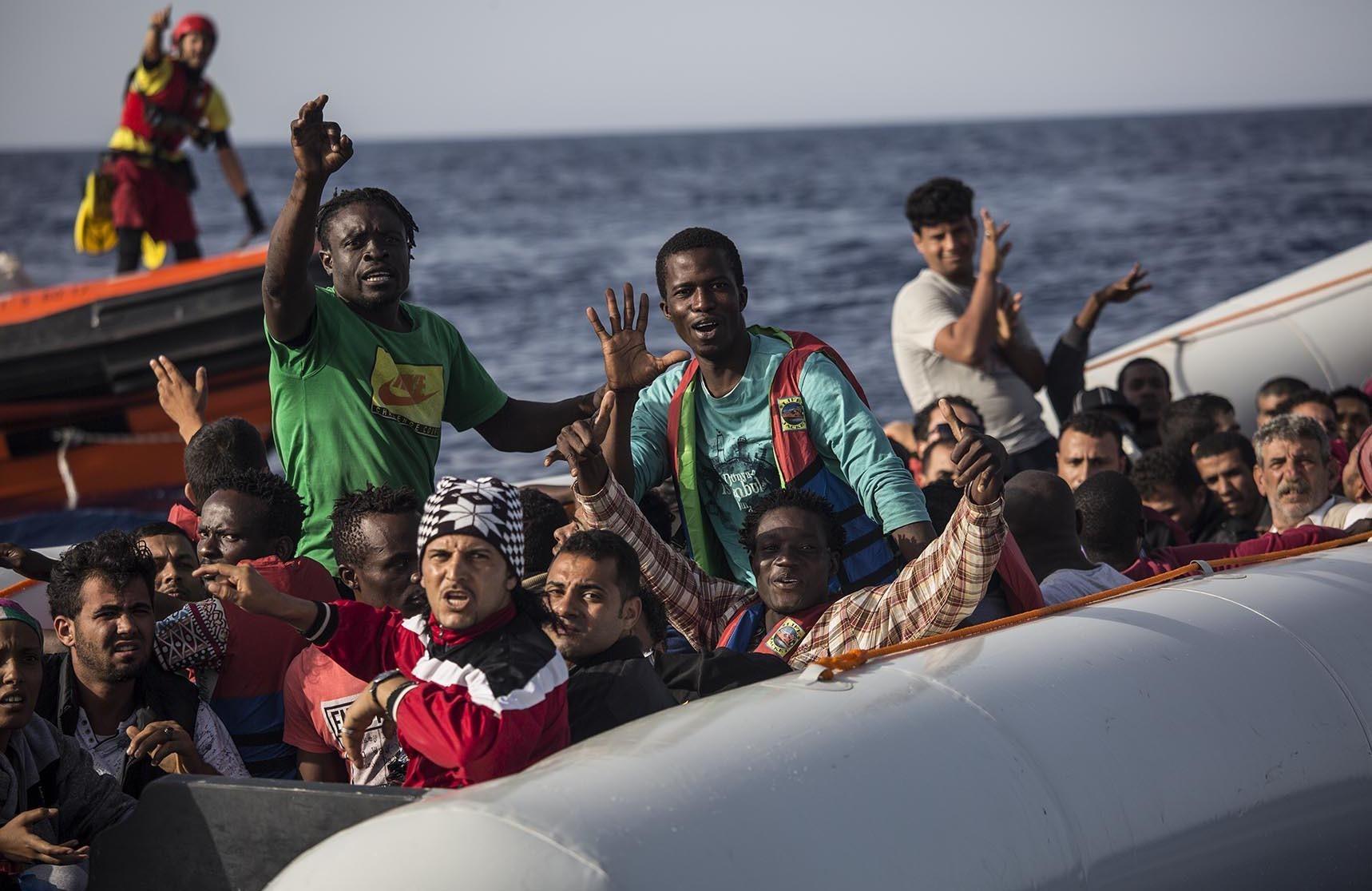 More than a million refugees poured into Germany in 2015 alone. They were almost exclusively young men because the old, the sick and children — the most vulnerable refugees and those most deserving of a helping hand — can’t walk the length of the Balkans.

In Merkel’s spectacular fall from power there is a lesson for every leader in the Western world, especially Theresa May

Anyone who had doubts about promoting limitless uncontrolled migration was silenced by Merkel’s smug catchphrase, “Wir schaffen das!” — We can do this!

But Germany, and Europe, will pay the price for Angela Merkel’s apocalyptic arrogance long after she is pushing up edelweiss.

Merkel’s career is on its knees because she permanently changed Germany without ever consulting the German people to see if her policy of the unmanaged migration of one million-plus young males from a totally different culture was actually WHAT THEY WANTED. 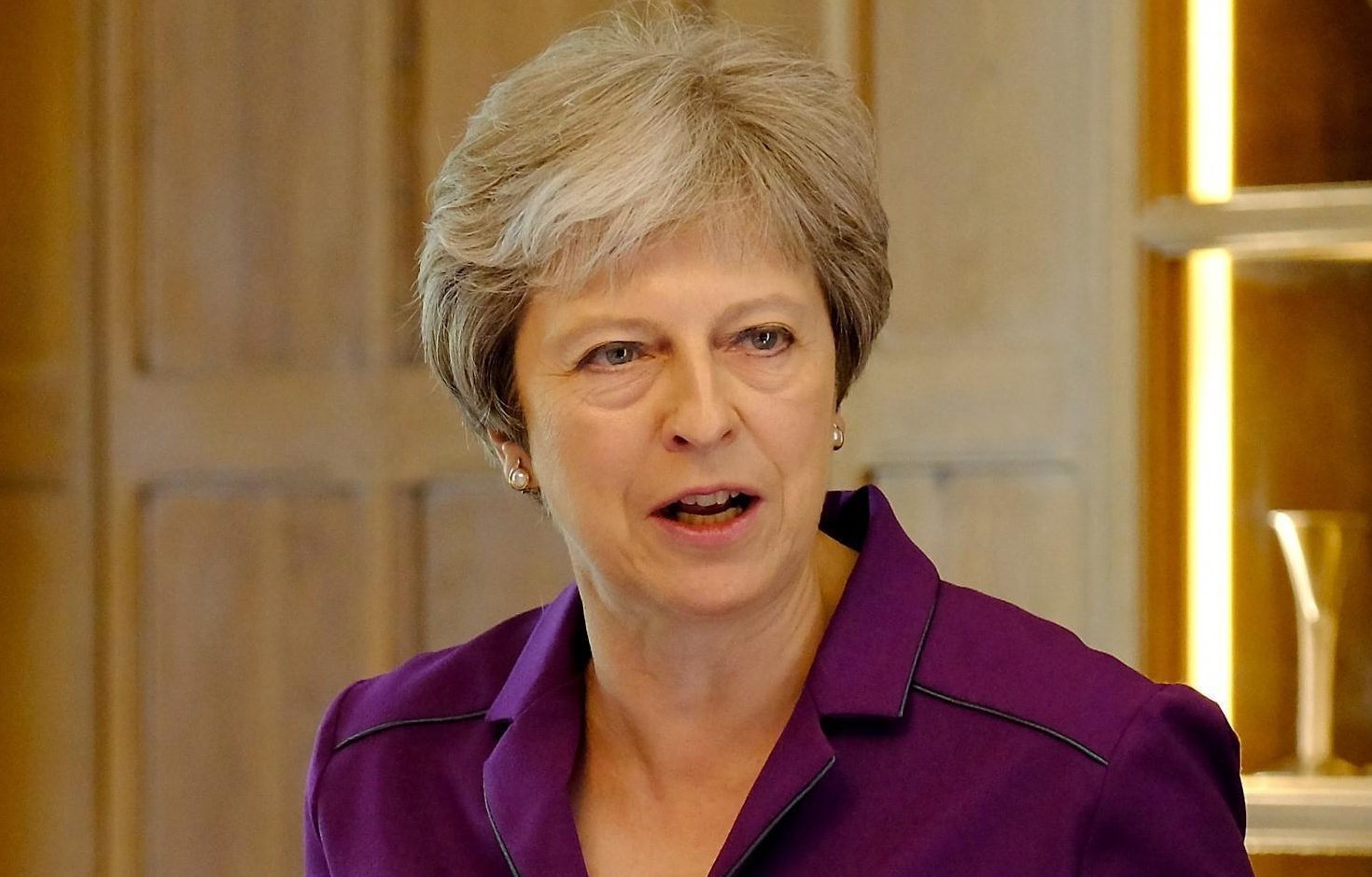 Merkel never even thought about the wishes of the German people. We hear a lot about the rise of “populism” everywhere from Trump’s America to the new, vehemently anti-EU coalition government in Italy.

But there is no great mystery about the rise of anti- establishment sentiment. For decades haughty politicians have viewed their own people with unbridled, undisguised, unapologetic contempt.

Now, all over the Western world, they are paying the price.

Theresa May should carefully study the fall of Angela Merkel. Whatever the polls might say, few would weep to see May departing Downing Street.

It seems increasingly likely, from what we’re hearing out of Chequers, that this prime minister would far prefer to cuddle up to the crumbling EU empire rather than break free and strike trade deals with the US, Australia, Canada, India and China.

But if we can’t trade with the world then it is not a soft Brexit. It is no bloody Brexit at all.
This prime minister’s job is not to keep the Brexit-denying establishment happy. Her job is not to keep kissing the butts of the bullies in Brussels.

Her job is not to soften our departure from the EU to such a degree that it becomes meaningless.

Whatever her personal preferences, Theresa May’s job, and the historic role that falls to her now, is to honour the referendum of 2016, the vote we were solemnly promised was final by our former prime minister, David Cameron.

It is not complicated. Don’t do a Merkel.

Theresa May has to respect democracy and the will of the British people.

And if she doesn’t or she can’t, if May betrays the British people, if she castrates or buggers up Brexit, if she tells 17.4million that they are ignorant racist bigots who should never have had a vote in the first place, then we are going to need a new prime minister.

In Merkel’s spectacular fall from power there is a lesson for every leader in the Western world, especially Theresa May.

You are not our master. You are our servant. You do not know best. And you ignore the will of your people at your peril.

Plenty to get excited about, eh?

THIS World Cup has been a revelation. Who knew we would still be working up a sweat long after Germany, Argentina, Brazil and Spain had flown home?

Who knew that England could win a penalty shoot-out in a World Cup? Then cruise through a quarter-final? 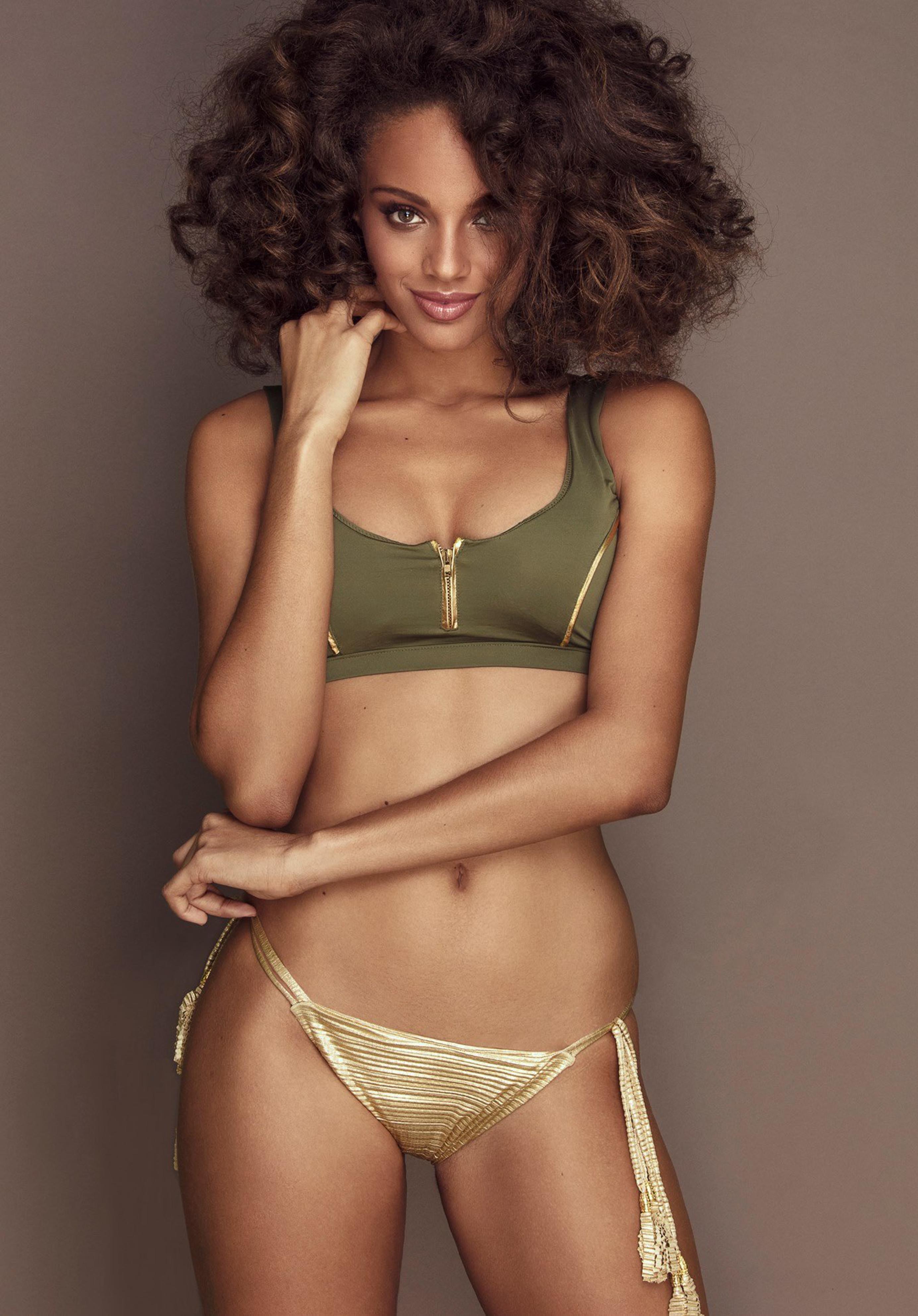 And who knew England could only ever really succeed again – and true success means having a team that we love and take pride in – if we returned to having English managers? All jaw-dropping stuff.

Seriously, who had ever heard of the zippy bralet until Russia 2018? The shocks just keep on coming.

Wimbo is smashed by footie

FOR two weeks every year, the British go crazy about tennis.

The Australian Open, Roland-Garros in France and the US Open hardly merit a second glance from the British public but Wimbledon is an essential part of our calendar. 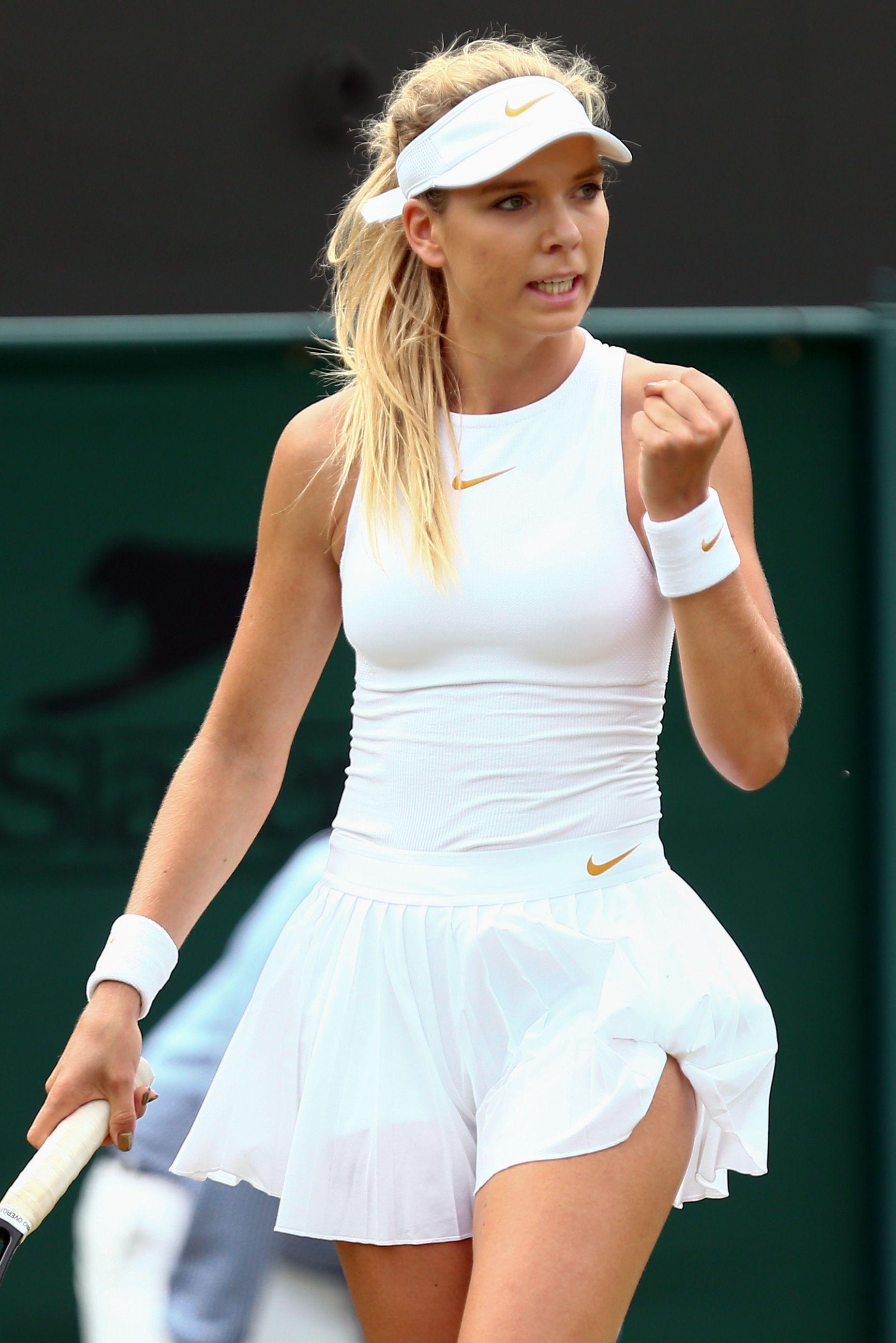 Yet this year our attention has been distracted by another sporting event in a distant land. The men’s singles final will overlap with the World Cup Final.

But quite frankly, who cares?

This year we are lukewarm on Wimbledon.

So you had to feel for British wildcard Katie Boulter, knocked out in the second round.
In any other year, Katie’s first-week heroics at Wimbledon would have been much bigger news. But Katie is only 21. And one day this World Cup will be over.

There is still plenty of time for Henman Hill or Murray Mound to become Boulter’s Bulge or Katie’s Cusp.

LONDON Mayor Sadiq Khan is allowing a Donald Trump blimp to float above London during the President’s visit to the UK. 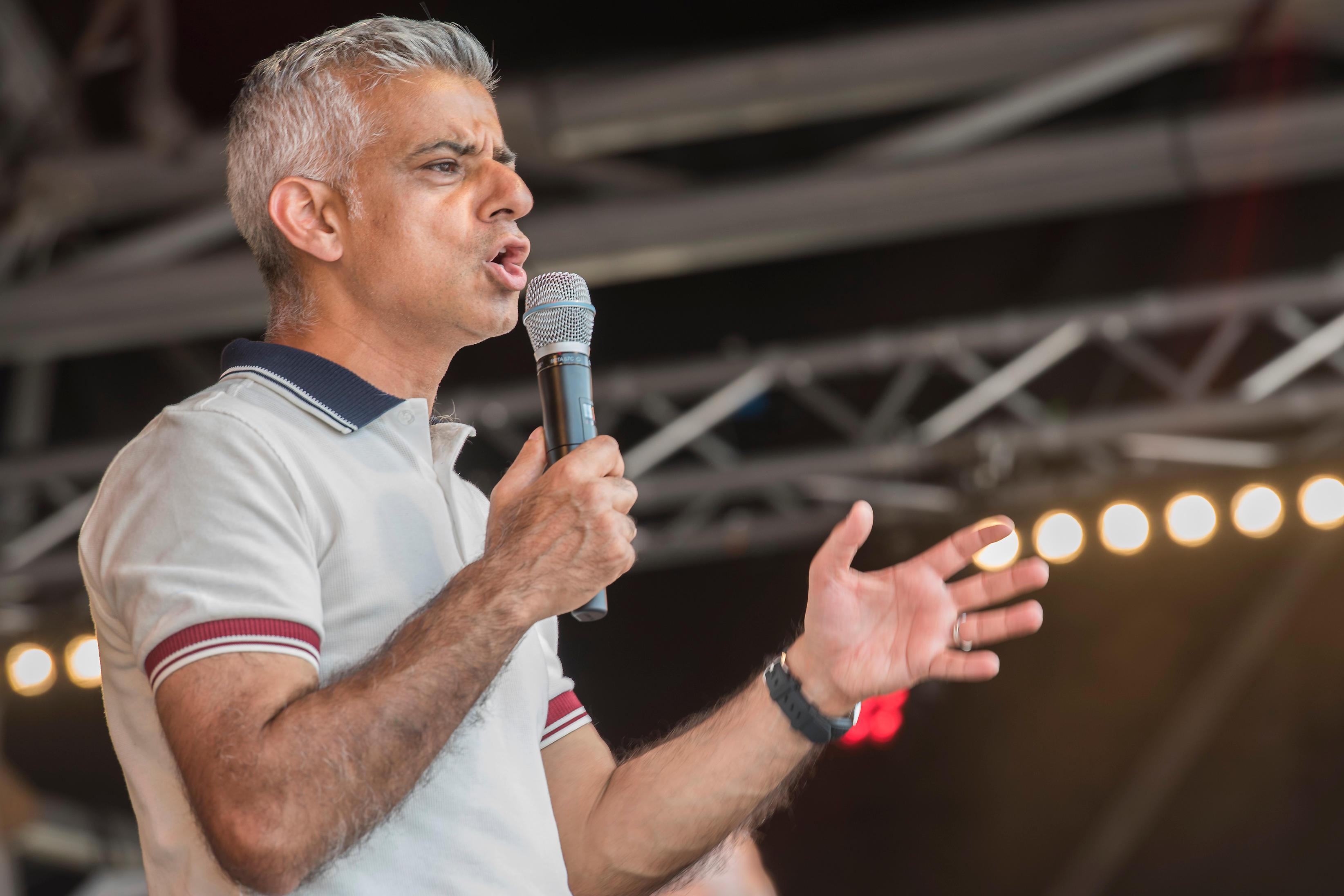 No news yet on if Khan has plans to do anything about the gun, knife and acid epidemic on the streets of London.

With well over 1,000 stabbings this year, more than fifty of them fatal, crime in London is out of control.

But at least we have that Trump balloon, Sadiq.

It’s hand of wad for Diego

DIEGO MARADONA was pictured grinning happily in an XXL Colombia shirt before their match with England but was apoplectic in defeat.

“You have to denounce this,” fumed Maradona. 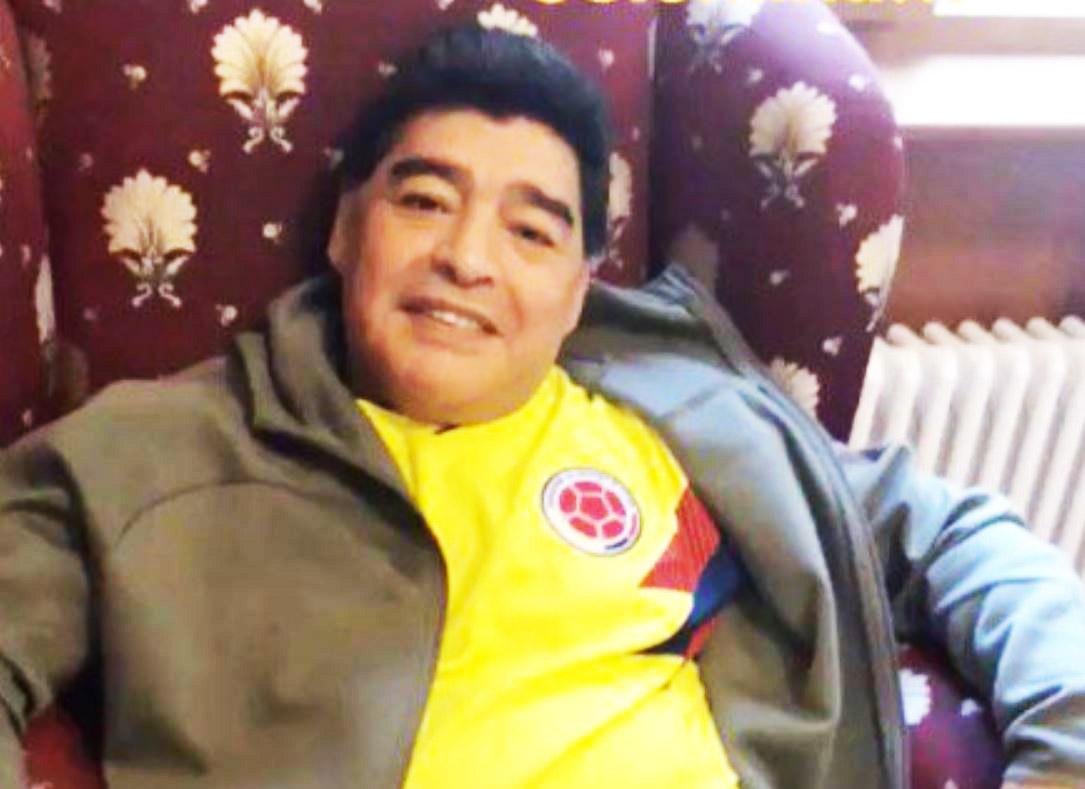 “As the captain of legends, I have to tell Infantino (Fifa President) this cannot be left like this.

“This is a fatal mistake for the whole country.”

I’m sure it all sounds much better in translation.

But you get the gist – “Our headbutting boys were robbed”.

Fifa hands Maradona a reported £7,000 to turn up at every match and the fat man issued a grovelling apology for criticising the ref when he reflected that seven grand might possibly slip through his cheating hands.

But you can hardly blame Diego Maradona for sticking up for those grappling, nasty, spiteful, penalty-spot-scuffing Colombians.

After all, Diego has done his best to single-handedly prop up one of Colombia’s major exports. And that’s nothing to sniff at.

A bunny mix-up at school

Some parents might prefer to keep quiet about this mishap, but Claire has gone on Facebook to tell the “hilarious” story. 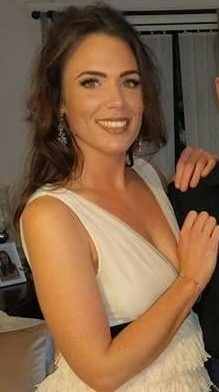 “She just said it was her funny pink pen,” chuckles Claire, a hairdresser from Dundee. “Then she said, ‘It must talk because it needs batteries’. So her stepdad and I laughed that off and we have safely stored it away.”

Your secret love's no secret, Vic

WE can all understand why David and Victoria Beckham would want to put on a public display of loving solidarity on their wedding anniversary. 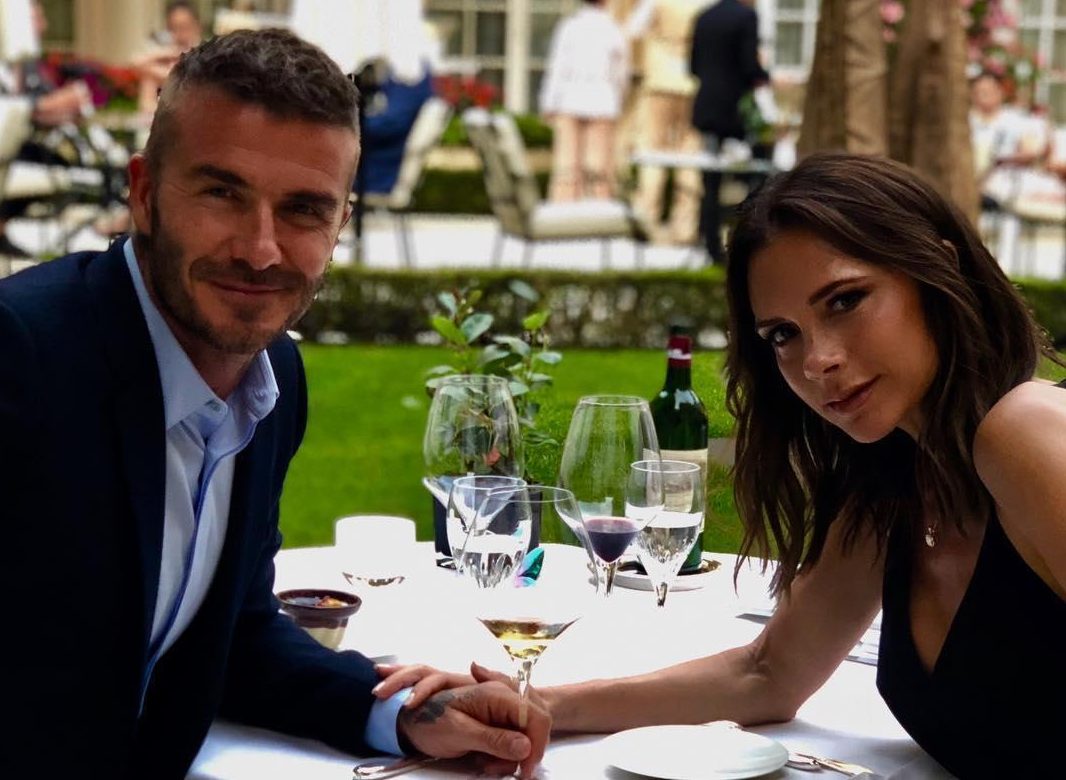 But I can’t help wondering, does Victoria really need to tell David “I love you so much” via her Instagram account and its 21.3million followers? It seems so extravagantly public.

Couldn’t she just give him a card?

Still in love with their exes

AFTER careful consideration, MEPs in the European Parliament have voted to keep their £3,900-a-month taxpayer-funded (and tax-free) expenses a secret.

Blow me down. Nobody saw that one coming. 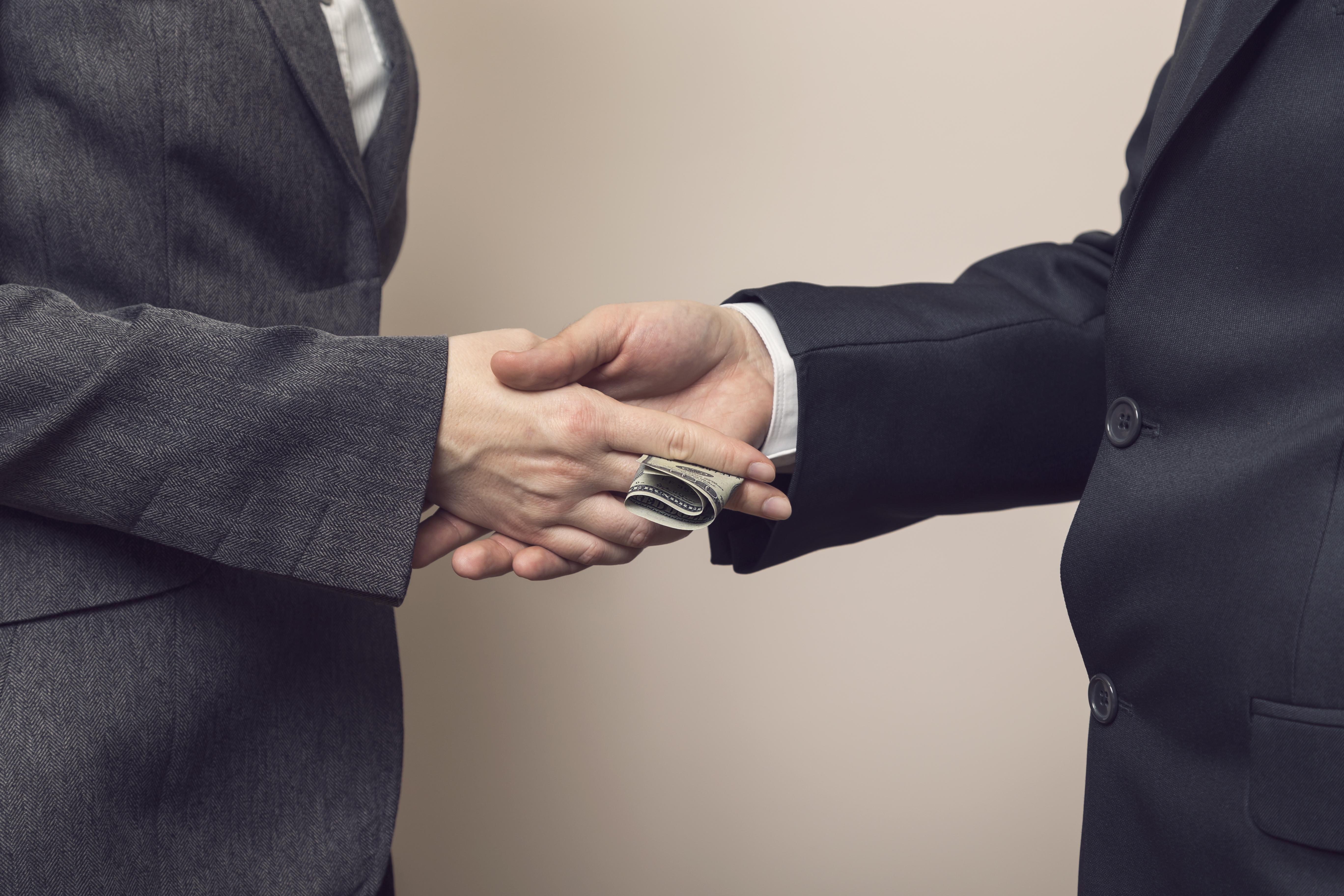 The generous expenses, known as the general expenditure allowance, or GEA, are paid as a lump sum into the MEPs salary, with no records kept, no receipts required and no questions asked. MEPs can spend it all on prostitutes and Ferrero Rocher chocolates if they want.

The GEA costs around £35million a year.

And our corrupt continental cousins wonder why we’re leaving.

We don’t need another Book of Dave

DAVID Cameron received £800,000 to write his memoirs, which have been unexpectedly delayed until next year. 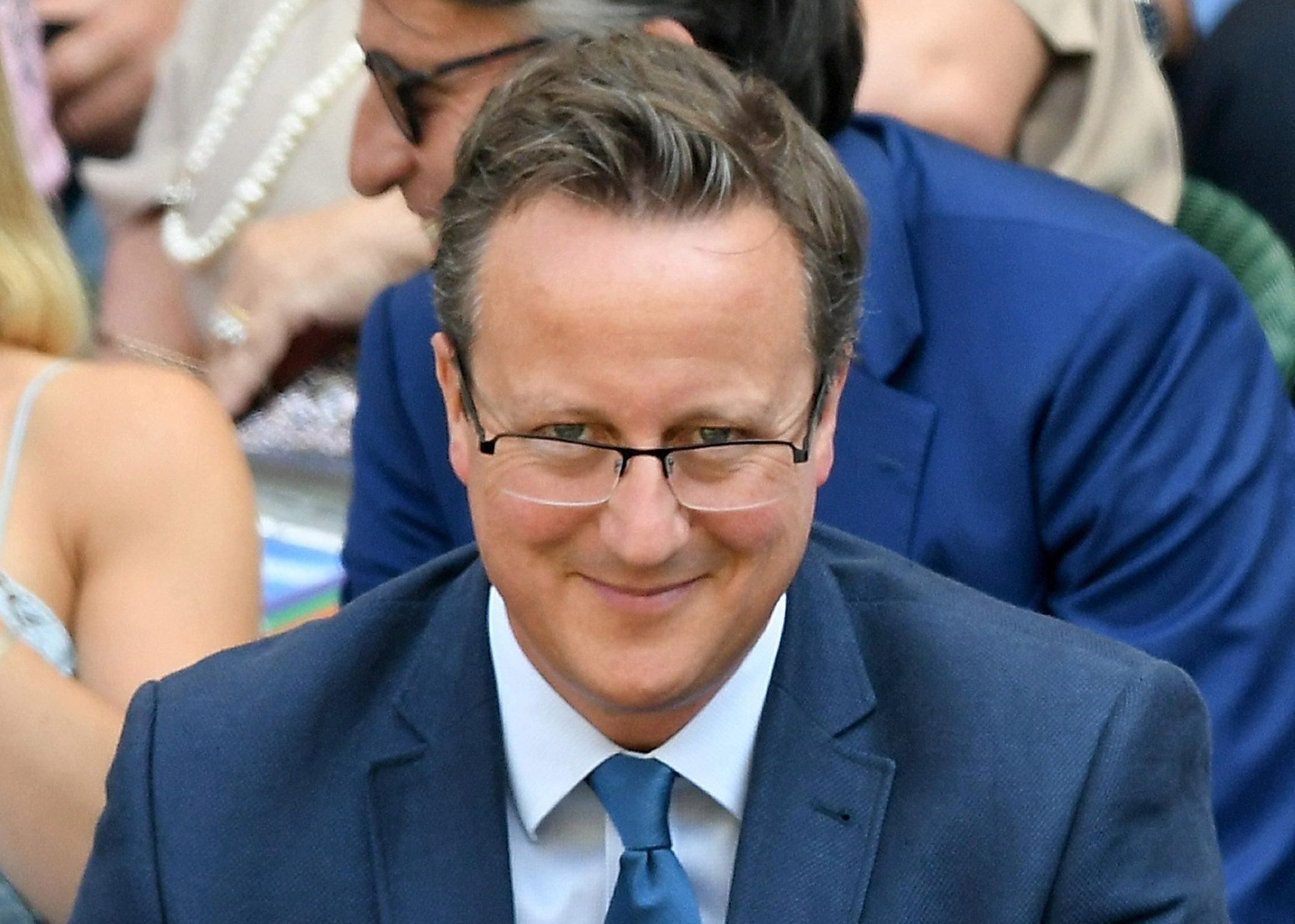 Cameron should tell us why he made it legally binding for this country to spend £13billion a year on foreign aid, why he bombed Libya into the failed state it is today and how he blew £9million of public money on his pro-EU leaflet. And still lost!

It also transpires that it was Cameron who begged Barack Obama to say, “The UK is going to be in the back of the queue,” if we dared to leave the EU.

You shouldn’t be writing your memoirs, Mr Cameron.

You should be writing us a letter of apology.