Meanwhile the police officer in charge of investigating the fire that claimed 71 lives called the video "vile" and "callous", and vowed to hunt down those involved. 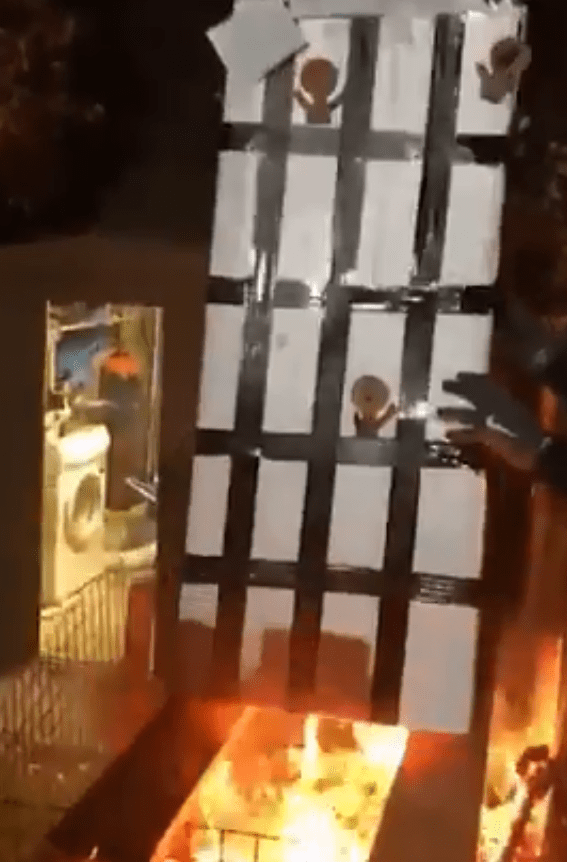 COPS have already launched a hate crime investigation into the shocking footage, which shows the throng jeering as they burn a cardboard structure with Grenfell Tower written on the side – before crowing "stay in your flat" as it goes up in flames.

May tweeted: "To disrespect those who lost their lives at Grenfell Tower, as well as their families and loved ones, is utterly unacceptable." 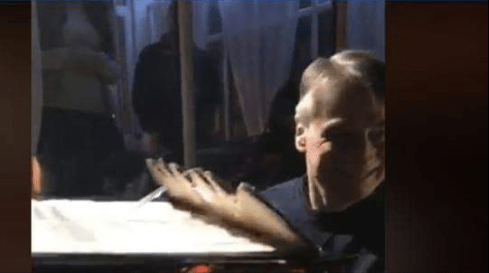 MET Police Commander Stuart Cundy, who is leading the investigation into the fire, said he was "frankly appalled by the callous nature of the video" in a statement.

He said: "To mock that disaster in such a crude way is vile. I can't image the distress this video will undoubtedly cause to bereaved families and survivors." 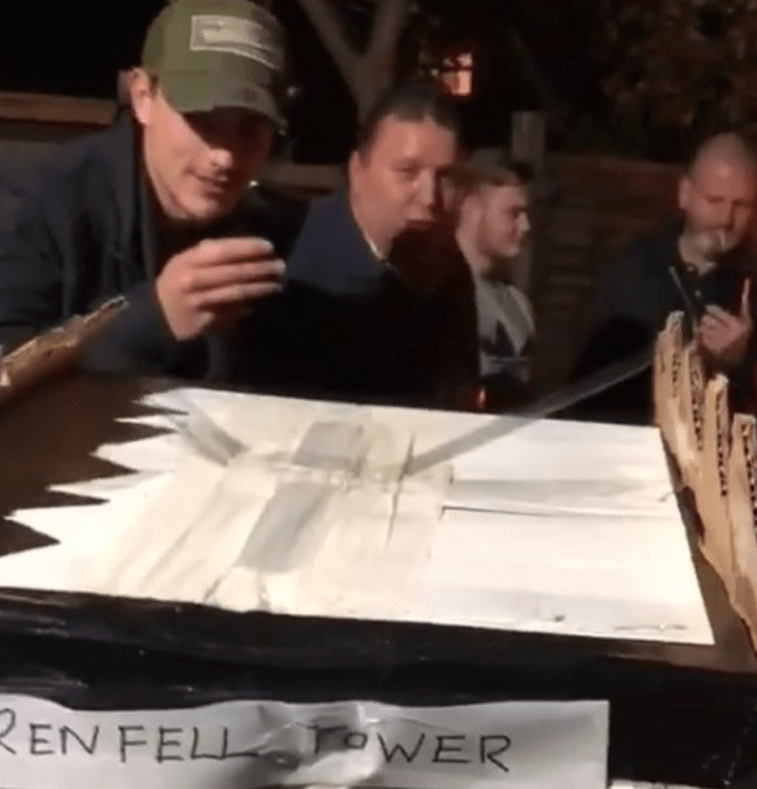 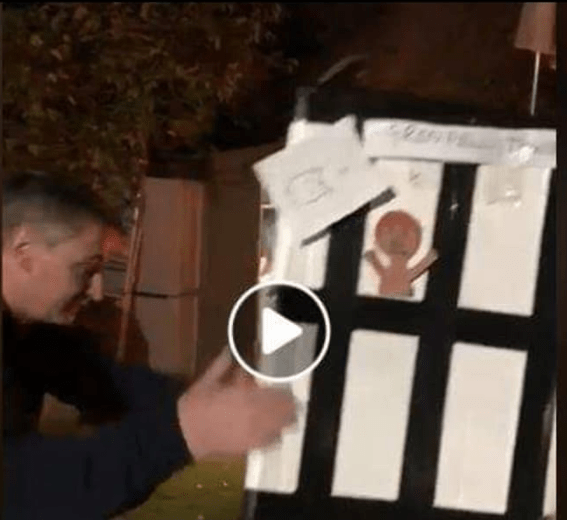 He went on to reiterate that a serious investigation was being undertaken to catch those responsible.

During the video onlookers can be heard mockingly chanting "help me, help me" as the tower – with cut-out drawings of residents trying to escape – is lifted onto the bonfire.

In the video a woman can be heard heard smirking "Bye everyone! Bye!" as the replica catches fire.

In a twisted reference to the London Fire Service's deadly 'stay-put' advice, a man can be heard jeering: "Stay in your flat we are coming to get ya" – while another tells residents to "jump out the window".

Another joked: "That's what happens when they don't pay their rent" 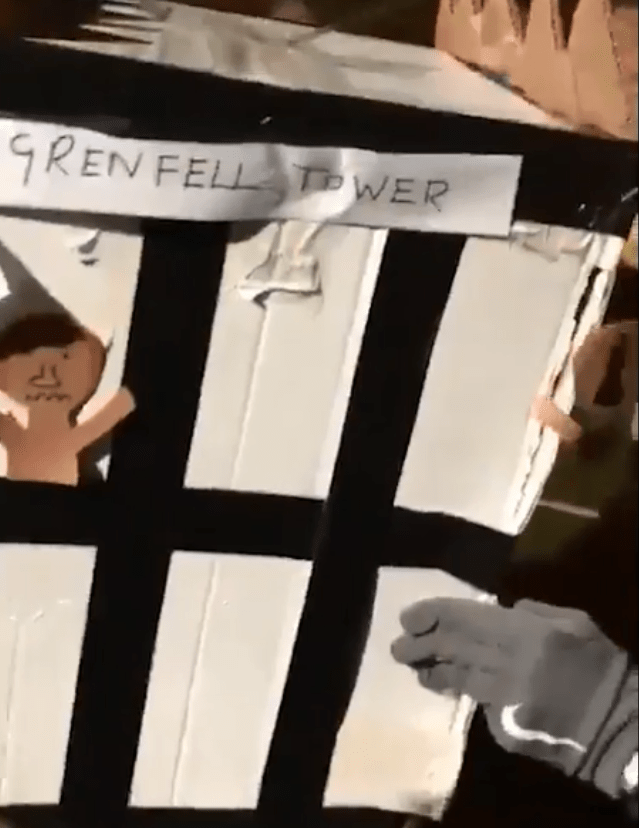 The footage was uploaded to Twitter by Kay Oldroyd – who has reported it to the Met Police as a hate crime.

She raged: "I want these beasts prosecuted. Flying the English flag and enjoying a good old laugh at the expense of 100's of lives who died in the most horrific way.

"This is the sick mentality of racist, bigoted individuals. As much as I hate to share this video I want them identified." 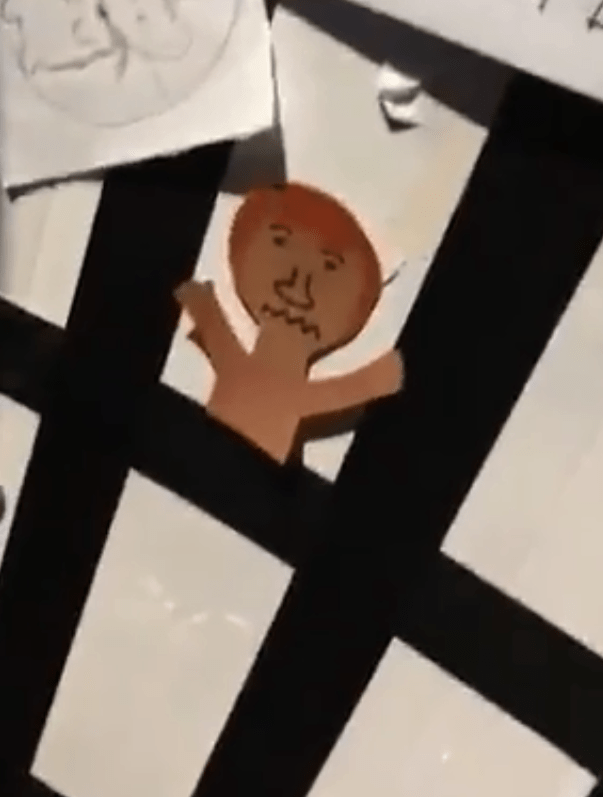 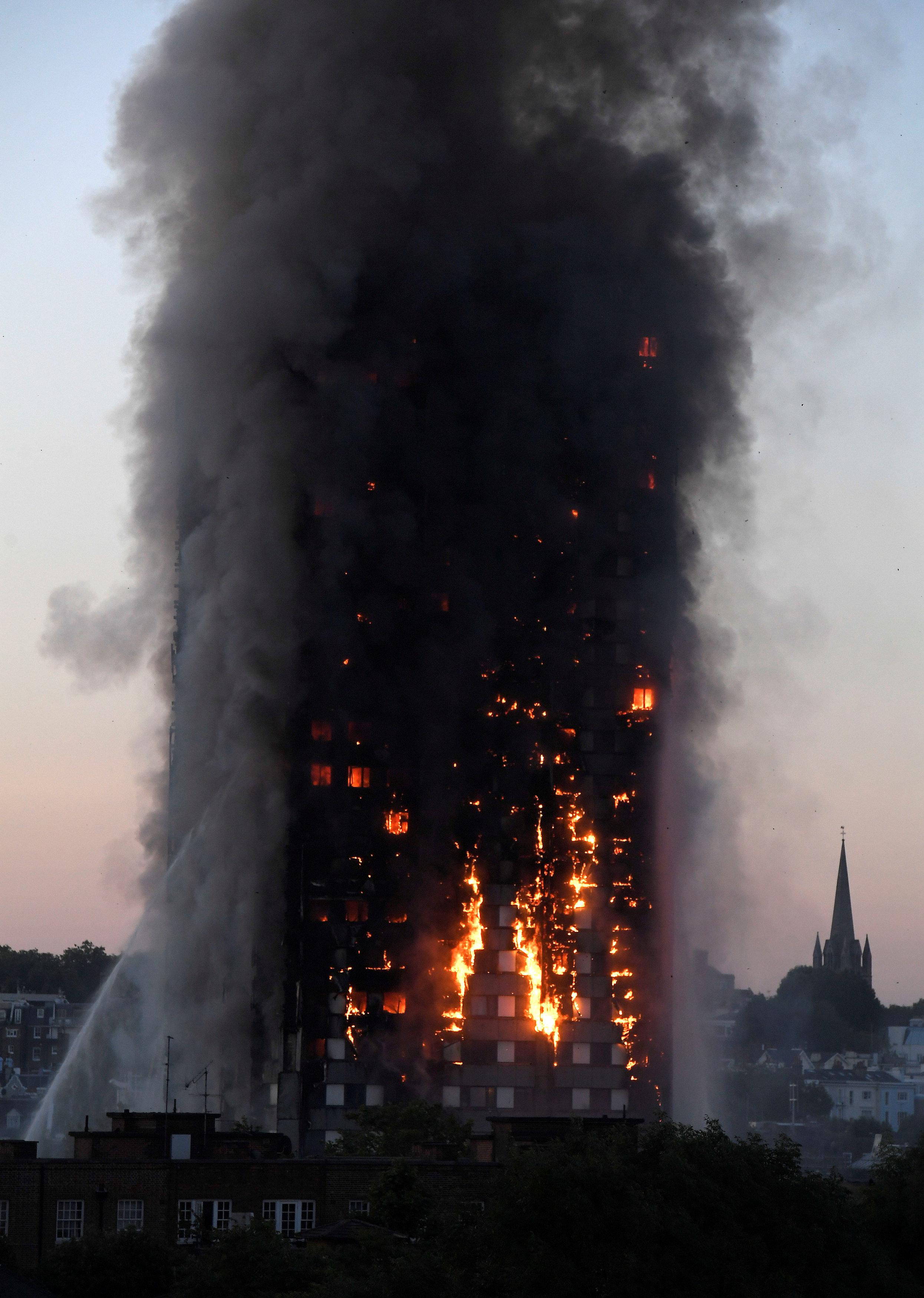 Khadijah Mamudu, whose mother and younger brother escaped the fire, said she was stunned by the "vile act".

She said: "I really don't know what to say, for once I'm honestly lost for words.

"The community is stronger together and even this vile act by flag-waving, intellectually challenged, brainwashed sheep won't derail the fight for justice nor will it knock 'us' off our stride as we walk forward, in dignity, in unity, in solidarity."

At least 350 people were thought to be inside when the blaze began and some were still trapped hours later.

A spokesperson for the Met Police initially said they could not comment but it did not appear any crime had been committed.

The spokesman said: "Although the image is in poor taste it does not appear that a criminal offence has been committed."

He added that police could not looking into the act without knowing the location of where the incident took place.