They issued a statement saying they were determined to strike a trade deal by December 2020 — but the date is not legally binding. 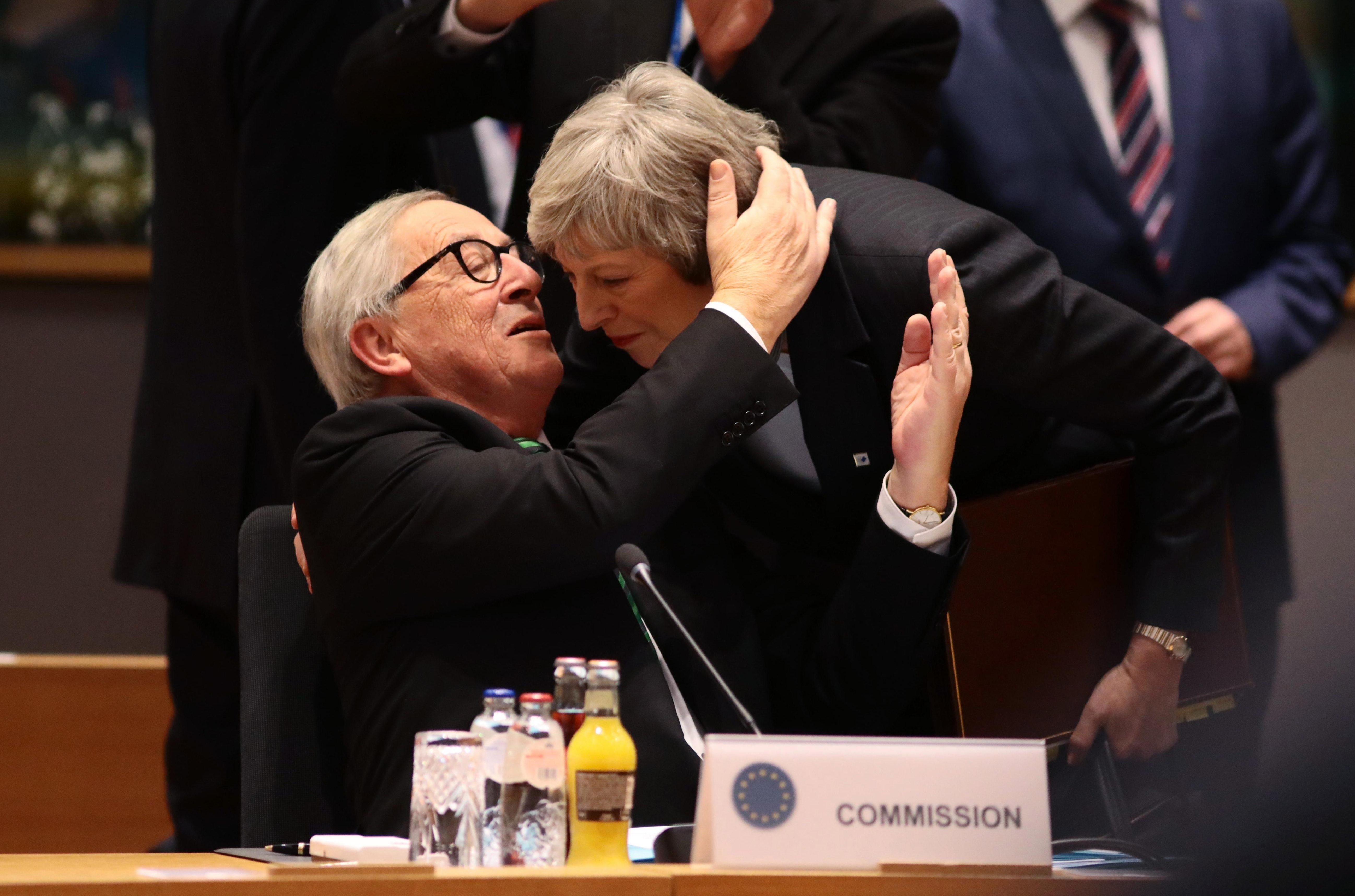 European Commission president Jean-Claude Juncker said eurocrats would ramp up No Deal planning next week because they “don’t know” what Britain wants from future trading relations.

His comments came after Mrs May fell flat at a 50-minute Q&A with other leaders.

Mr Juncker said: “In terms of the future relationship, our UK friends need to say what they want instead of asking us to say what we want.

“Within a few weeks we’d like our UK friends to set out their expectations for us because this debate is sometimes nebulous and imprecise and I’d like clarifications. 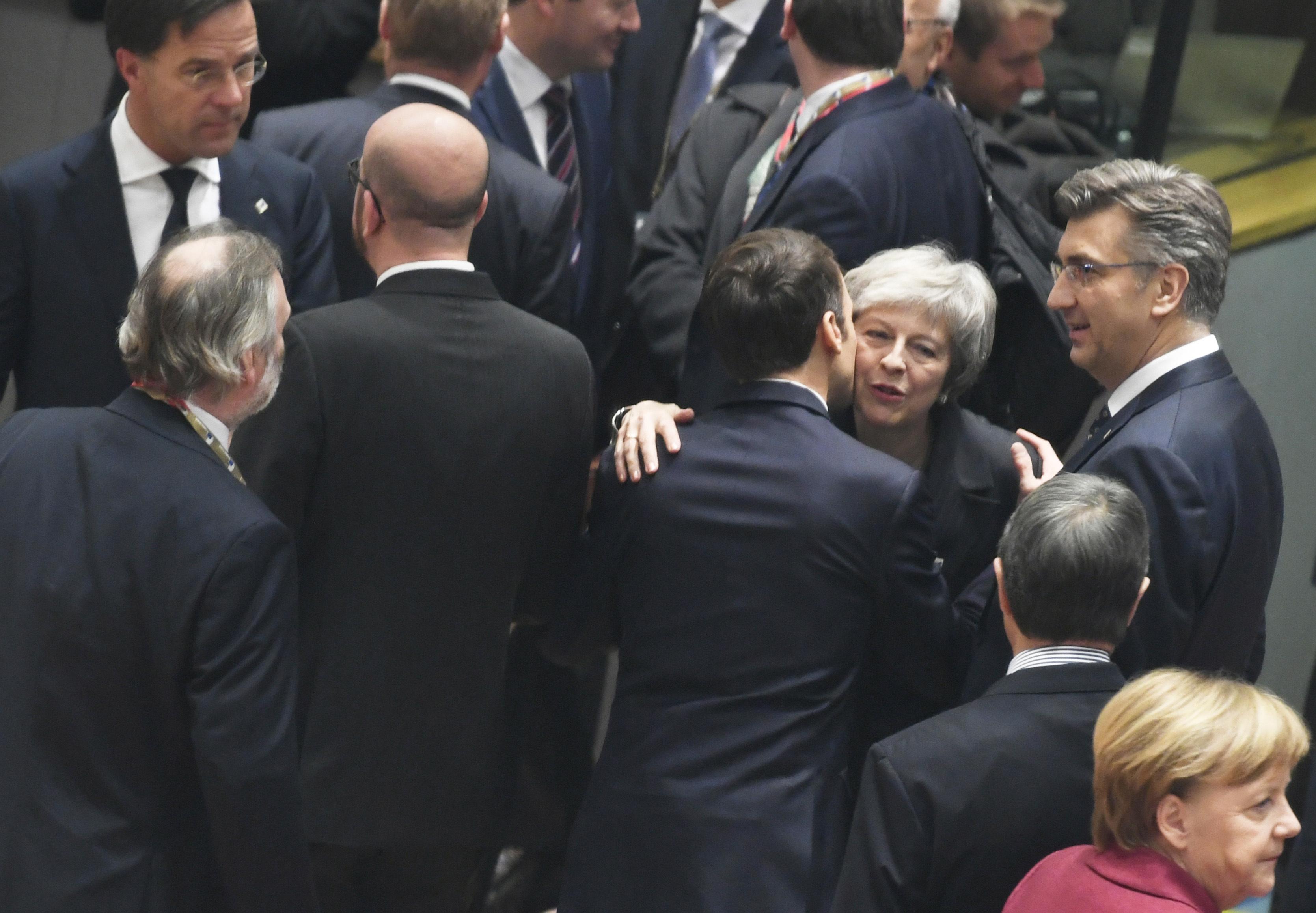 “We need to have a well constructed proposal and cogent ideas from our British partners and friends. I do find it uncomfortable there’s an impression perhaps in the UK that it’s for the EU to propose solutions.

“It’s the UK leaving the EU and I’d have thought it was rather more up to the British Government to tell us exactly what they want.”

Afterwards, a fuming EU official said: “All she did was ask the EU for help.”

EU Council chief Donald Tusk added the PM had come seeking reassurances over the backstop but that the deal “is not open for renegotiation”. 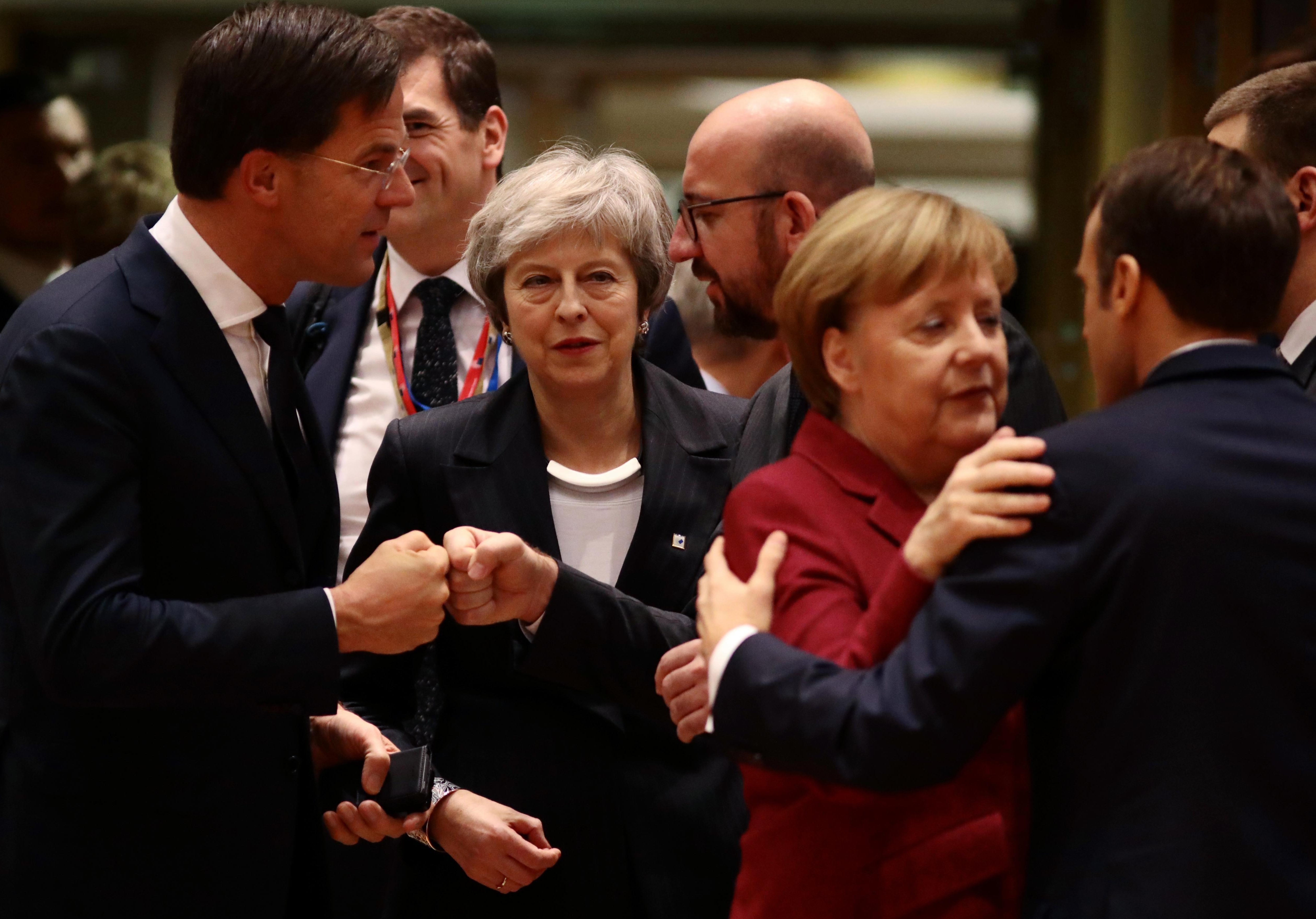 Minutes earlier, leaders scrapped a commitment to throw Mrs May a lifeline over the backstop at the insistence of the Irish.

A draft version of their summit conclusions had said the EU would “stand ready to examine whether any further assurance can be provided”.

But the wording was deleted completely from the final dossier published last night.

After a three-hour Brexit debate they also deleted wording from their summit conclusions which said it would only last for a “short period”. 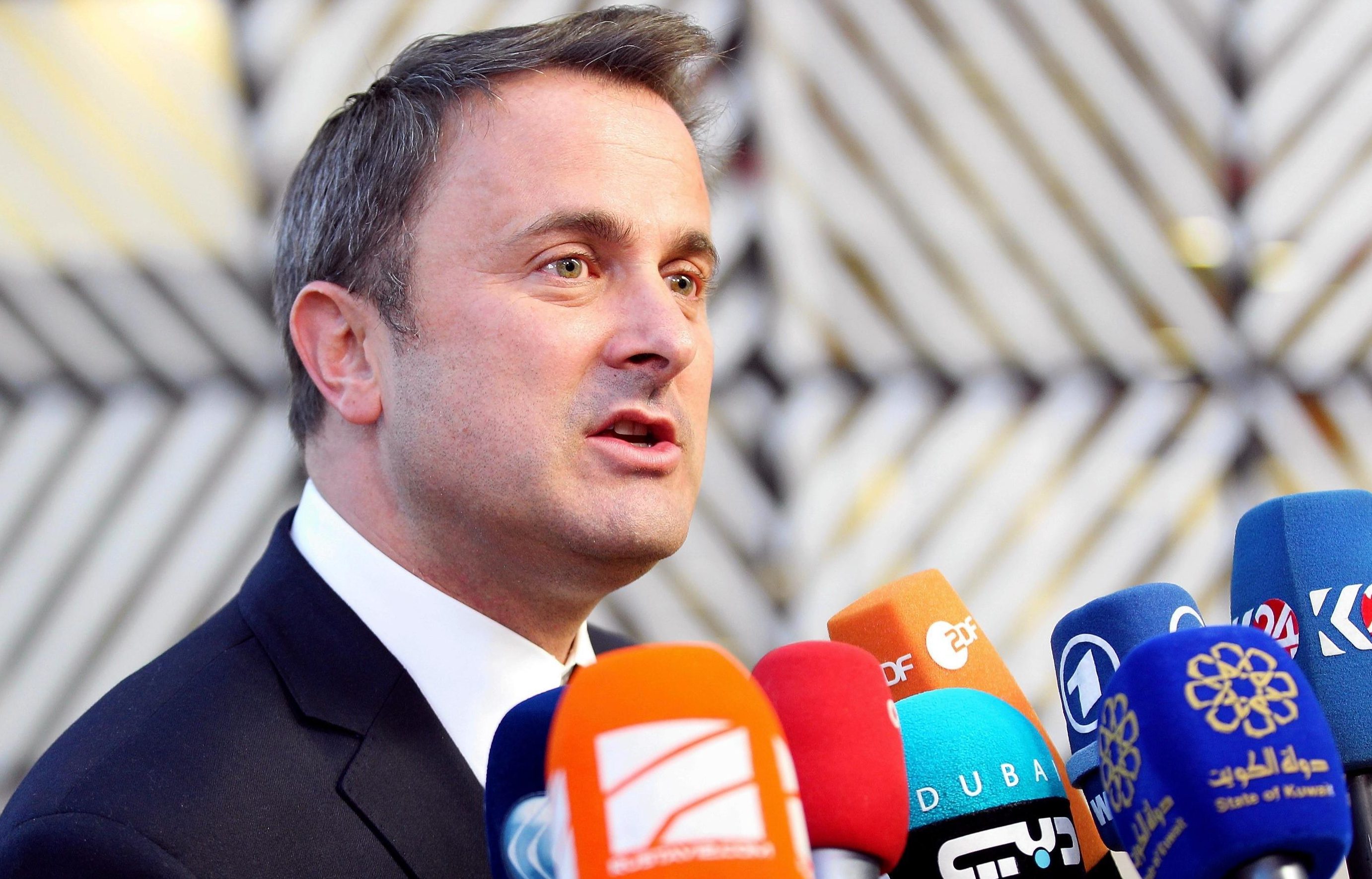 But member states threw the PM a small lifeline by responding to her plea for an aspirational start date for a future trade deal.

Earlier, French President Emmanuel Macron also insisted it was up to Mrs May to find a political solution.

Meanwhile Spanish PM Pedro Sanchez and Irish Premier Leo Varadkar both remained deeply sceptical any agreement could be reached on the hated backstop.

Sources told The Sun that in face-to-face talks on Tuesday Mr Tusk had already flatly rejected the PM’s plea to put a one-year deadline on the backstop. It was understood that after testing the waters with him, the PM was much more conciliatory in a later meeting with Mr Juncker. 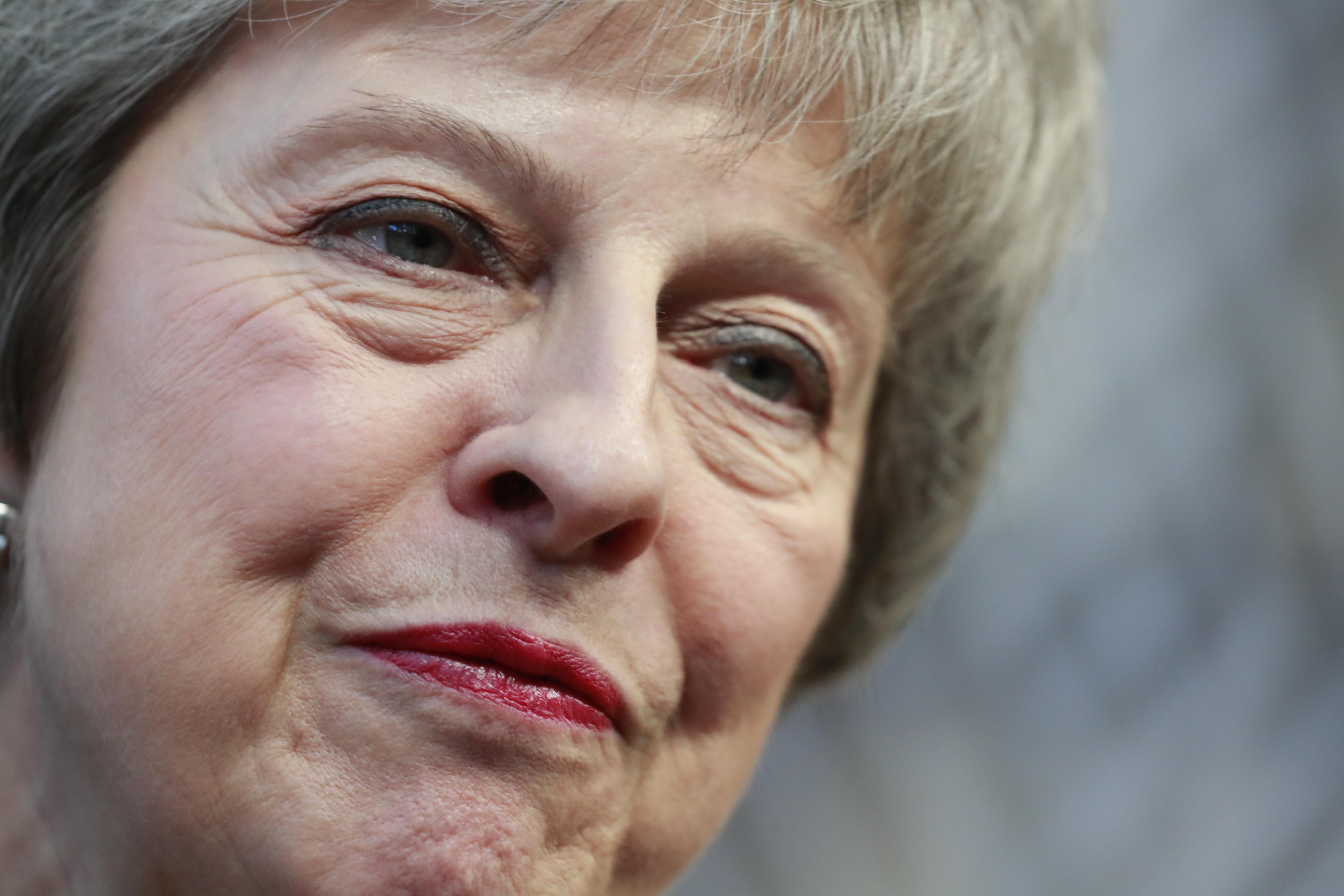 One EU diplomat said: “May wanted a guarantee that the backstop could only last a year. We said no way.

“The problem is the word backstop is burned — however we deal with it, the meaning of the word has become bad.”

However, splits began to emerge between EU leaders as Austrian Chancellor Sebastian Kurz offered the olive branch of an emergency Brexit summit next month to agree “additional assurances” for the UK.

Ex-Commission President Jose Manuel Barroso called on the EU to show some “flexibility” and find a creative solution to the backstop. 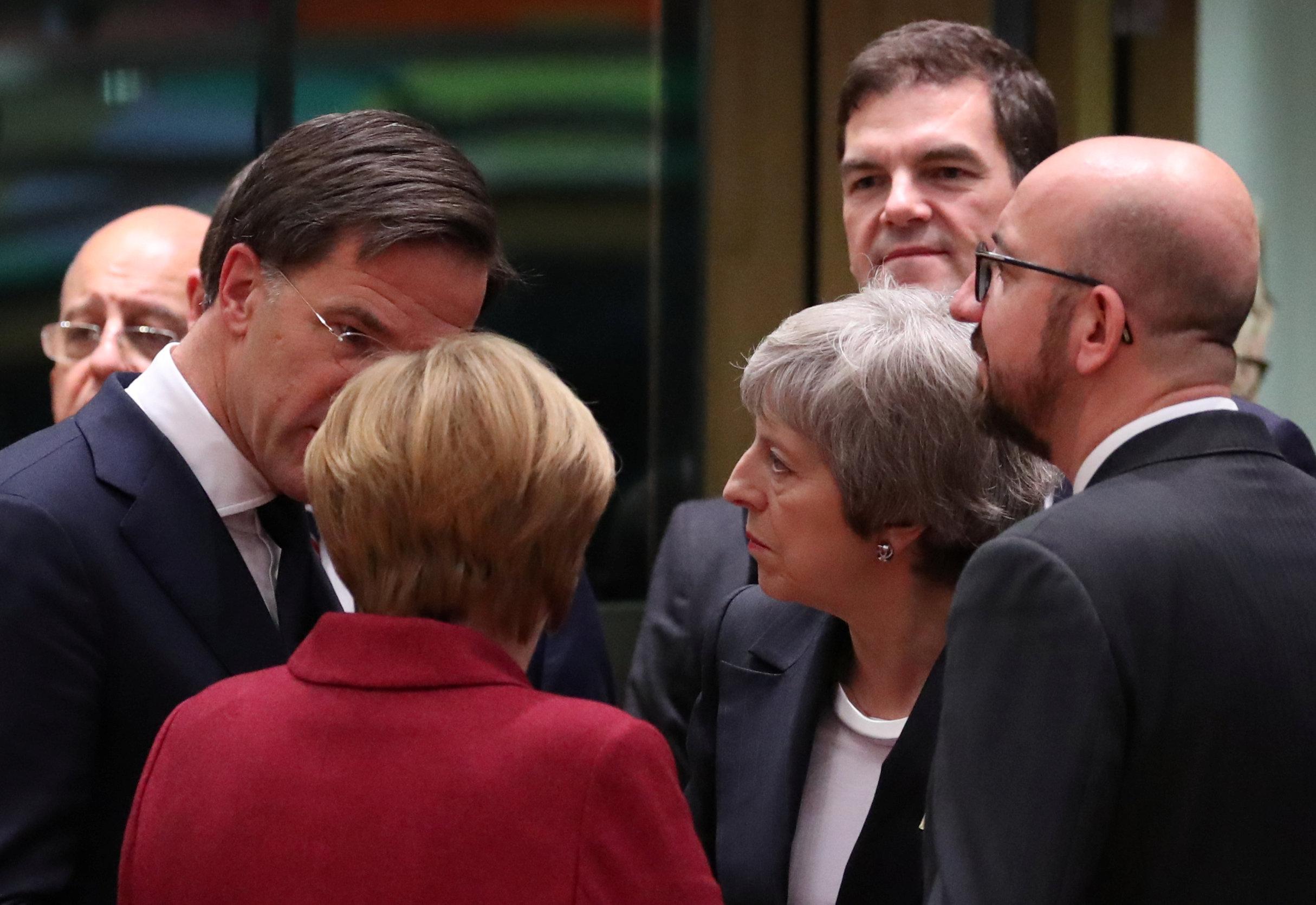 And Luxembourg PM Xavier Bettel said: “I really want to help her.”

But Lithuanian President Dalia Grybauskaitė said Mrs May does not know what she wants.

She tweeted a picture of a chocolate Christmas tree with the message: “Brexit Christmas wish — finally decide what you really want and Santa will deliver.”

German Chancellor Angela Merkel also repeated her view that she “does not see that this ­Withdrawal Agreement can be changed”. 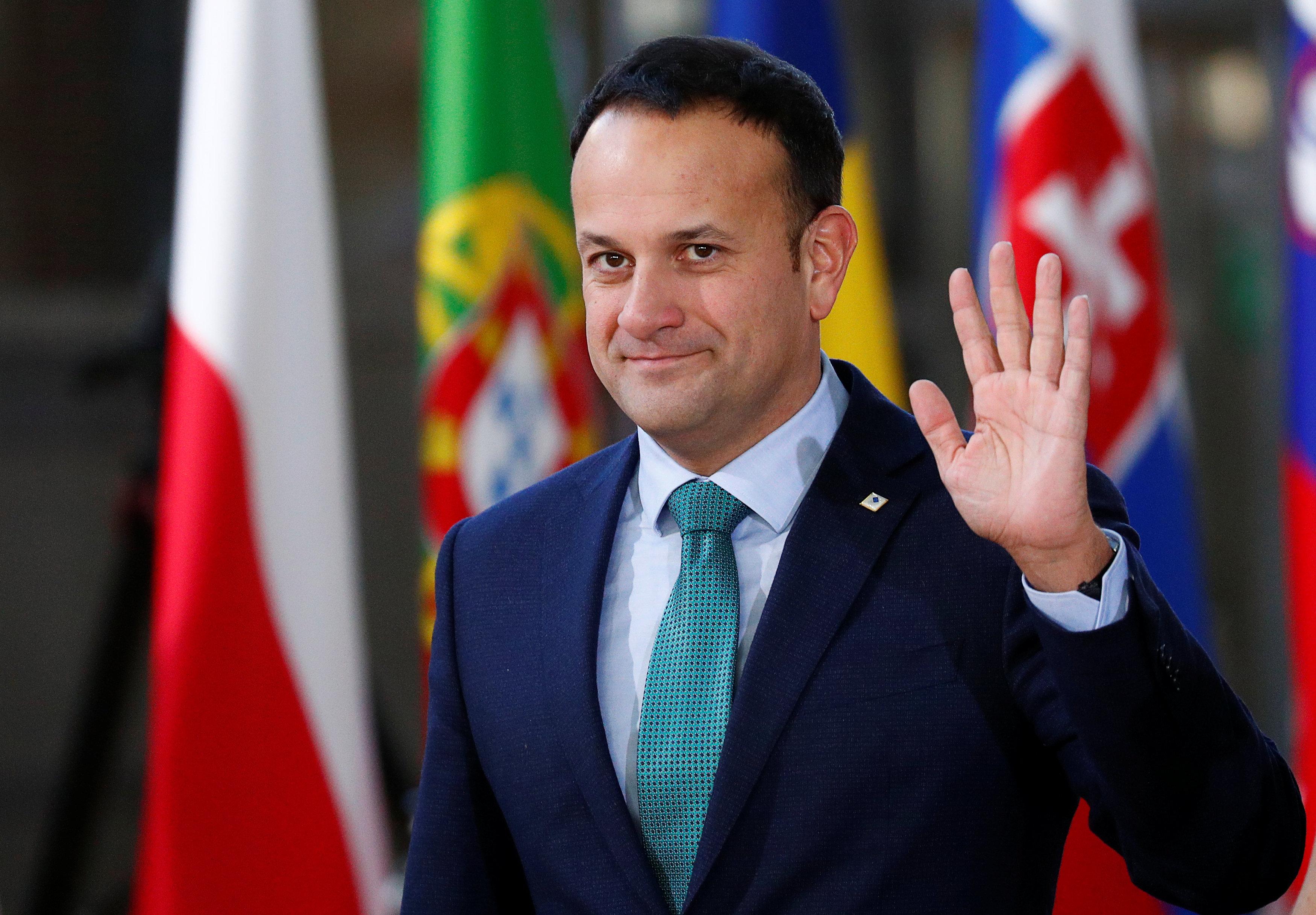 Meanwhile Mr Varadkar was ridiculed for suggesting Britain should lift the threat of No Deal by suspending the Article 50 process which sets the deadline to leave.

He said: “It is possible, if the UK wishes to, to revoke Article 50 or, if that is a step too far, to seek an extension of Article 50 so that the UK Parliament has more time to come together and decide what they would like the outcome to be.

“It is absolutely within the gift of the United Kingdom to take No Deal off the table if they wish to.”

Mrs May was given only ten minutes to make her pitch — appealing for all sides to work together “intensively” to get the deal over the line — before she was kicked out of a ­dinner for the remaining 27 EU nations’ leaders.

They were able to ask questions before discussing her plans without her present. She warned it was their joint responsibility to change MPs minds on the backstop — ­otherwise the deal was at risk.

MR Juncker risked infuriating Brexiteers by wearing a green tie to show his support for Ireland in its backstop battle.

His spokeswoman said: “He has always expressed solidarity with Ireland.”