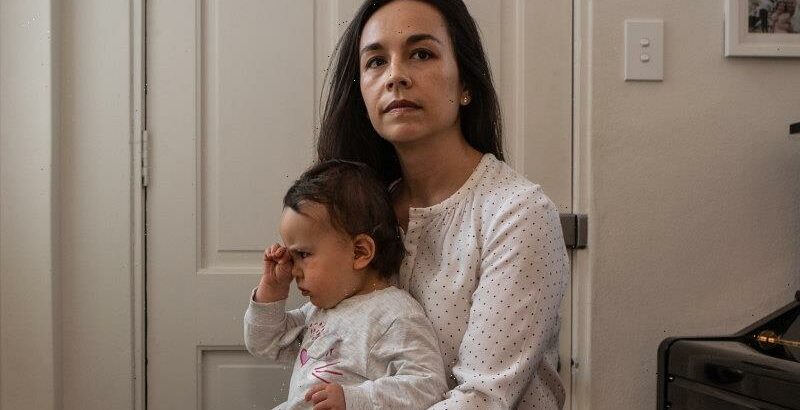 At first, the young Polish woman seemed like the answer to Theresa Power’s prayers.

The Sydney mother wanted to return to work after having her third child and, upon discovering her local daycare was full, had advertised for a nanny in a Facebook group. 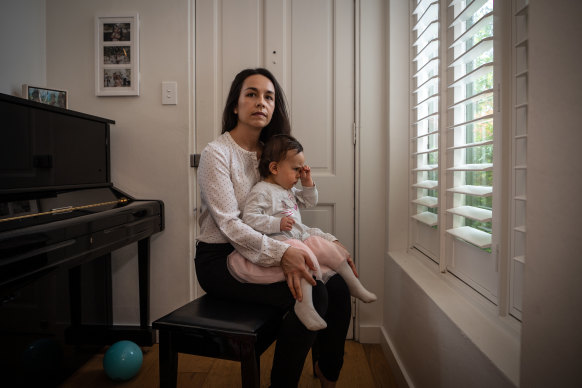 Theresa Power believed she had hired a young Polish woman as her nanny to look after her baby daughter. She now believes the woman was actually convicted fraudster Samantha Azzopardi.Credit:Flavio Brancaleone

Within 30 minutes, her messages pinged.

“My name is Mayer. I am 19 years old and I’m from Poland,” the message read, from a profile of a woman with her face partially obscured by long blonde hair. “I am always smiling, patient and calm … Please don’t hesitate to pm me.”

After a trial meeting, the family hired Mayer. She was a hard worker and a hit with the kids, but after working for less than a week, failed to turn up.

Disappointed and bewildered, Power assumed she had been ghosted. But the nanny disappeared for reasons she still struggles to believe. Power says the woman was actually convicted fraudster and infamous conwoman, Samantha Azzopardi.

Azzopardi, 33, was released from jail in Victoria last year after being sentenced for child-stealing and obtaining property by deception relating to offending that began in mid-2018. She pretended to be a qualified nanny, working for multiple families.

“The thing I can’t get past — and I’m sure every victim of a con feels this way — is how absolutely taken by her I was,” Power says.

“I was singing her praises to anyone who would listen, even recommending her to my neighbours. She seemed too good to be true. And obviously, in hindsight, she was.”

The day Power’s “nanny” failed to turn up, Azzopardi was arrested by NSW Police. She had presented to a charity, pretending to be an abused French teenager and sparked a multi-agency investigation.

Azzopardi pleaded guilty at the end of August to making a false representation resulting in a police investigation, and was ordered to spend at least six weeks in prison while awaiting her sentence in October.

Azzopardi made global headlines in 2013 when she turned up in a distressed state near the Dublin GPO in Ireland, telling police she was a teen victim of the sex slave trade. It took authorities a month and an estimated €250,000 to identify her.

A year later, aged 26, she turned up in Calgary, Canada, claiming to be 14-year-old Aurora Hepburn, a victim of abduction and sexual assault. An estimated $US150,000 was spent trying to help her. She was charged with public mischief for misleading police and deported in 2014.

Police say she was charged more than 100 times in Australia, mainly for fraud and deception-related offences. 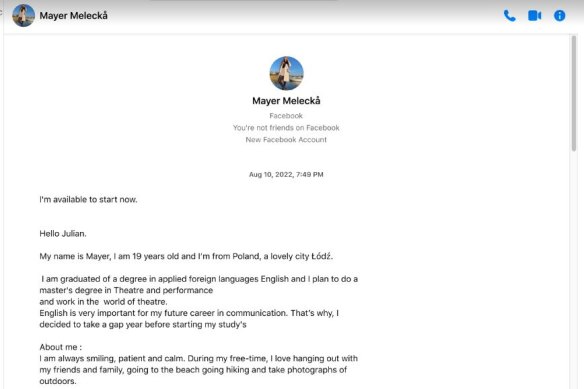 Screenshot of Facebook message from “Mayer” to Theresa Power offering her nanny services.

It was a criminal history Power was blind to when Mayer entered her family’s life, introducing herself as an aspiring actress in Australia for a gap year.

Mayer worked for the family for about 20 hours and was paid for that work.

“She was sweet, polite and playful,” Power says. “I thought she was great with my baby daughter and amazing with the housework… she was fabulous. I kept saying, ‘I can’t fault her’.”

But looking back, Power sees a number of red flags.

Mayer never provided her mobile number or email address, despite Power asking several times, and would only communicate on Facebook Messenger.

When Power emailed an address Mayer provided as a reference, she received a long, glowing response, ostensibly from a former employer called Inga, but they never spoke on the phone.

Power asked Mayer for a Working with Children check, but the young woman said she was told she had not been in the country long enough. When asked, Mayer brought Power a passport with a red cover — but she did not get around to inspecting it.

During a walk in the park with the baby, Power suggested they take a selfie, thinking Mayer might like to send it to her family back home. “She recoiled,” Power recalls. “She said she’d never taken a selfie and didn’t like seeing her pimples. I joked that I didn’t think there was any such thing as a 19-year-old who didn’t take selfies.”

After her first week, the family paid Mayer and arranged for her to return. But on Monday, she never showed. 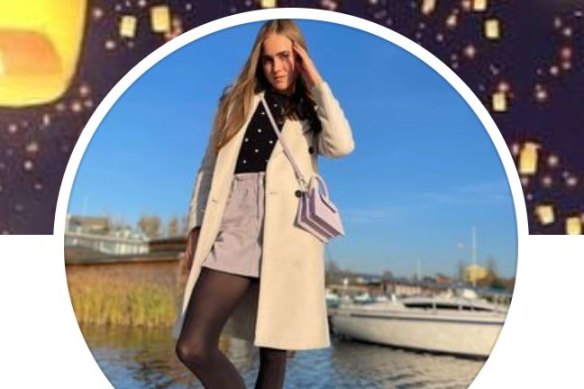 Several days later, Power’s husband was reading The Sydney Morning Herald when he saw a story about the arrest of an internationally notorious conwoman earlier that week. After Googling, he instantly recognised the woman as their new nanny.

“I was terrified. Sick to my stomach,” Power says. “I had a pretty bad night’s sleep and called the police to report what had happened to us, first thing in the morning.”

NSW Police arrested Azzopardi on fraud charges unrelated to Power’s situation, the day she was supposed to return as their nanny.

Power lodged a police complaint, but was told no offences had been detected. 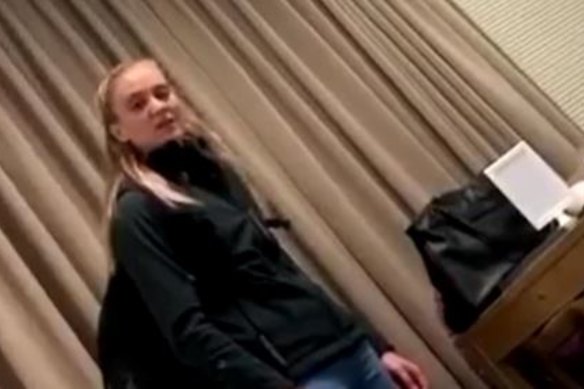 Samantha Azzopardi in Melbourne in July 2019.

A spokeswoman said: “Officers from Eastern Suburbs Police Area Command commenced inquiries after receiving a report on Monday, September 5. Following those inquiries, no offence was found and no further police action is expected.”

This is not good enough for Power.

“There’s clearly a gap in the system. She’s falling through the cracks,” she says.“The next best thing I can do as a concerned citizen is to speak up and raise awareness so other people don’t make the same mistakes.”

In the past, Power felt asking for a prospective nanny’s Working with Children check, proof of ID and references were formalities, placing more weight on her gut feeling. Now, she sees these measures as necessary due diligence.

“It’s a big decision, trusting your baby with someone and we placed so much weight on our gut instinct. It’s a very unsettling experience to realise that you can’t only rely on your gut feeling. It’s not enough,” Power says.

She also believes nanny and au pair pages on social media platforms have a role to play, urging them to include basic information on how parents can verify the checks.

A spokesman from the NSW Office of the Children’s Guardian, which administers Working with Children checks, said nanny and babysitting agencies must ensure any referrals had a check.

“When making arrangements for a self-employed babysitter or nanny, parents must ensure the nanny or babysitter has a valid Working with Children check,” the spokesman said.

Australian Nannying Association spokeswoman Annemarie Sansom said it was crucial for parents to get a Working with Children check and verify it by going on the relevant government website.

It is also worth getting a police check, she said, as well as checking the carer had first aid training, and sourcing three references from people who weren’t friends or family, and speaking to them over the phone.

Since the ordeal, Power has had flashbacks of handing over her baby to Mayer.

Several weeks later, she is still searching for suitable care for her daughter.