HIGHLAND PARK, Ill. – Benny Martinez watched in horror from her lawn as screaming paradegoers came streaming down the hill, fleeing a gunman who opened fire on her beloved small-town Independence Day celebration.

She grabbed her 9-year-old daughter and ran back to their two-story home in this Chicago suburb before ushering strangers into her backyard to take shelter.

“Everybody was happy to watch the parade, but it stopped right away,” said Martinez, 42, who works up the street from her house at the BP gas station, one block from where people were killed. She said it was the first time she’s seen something like this. 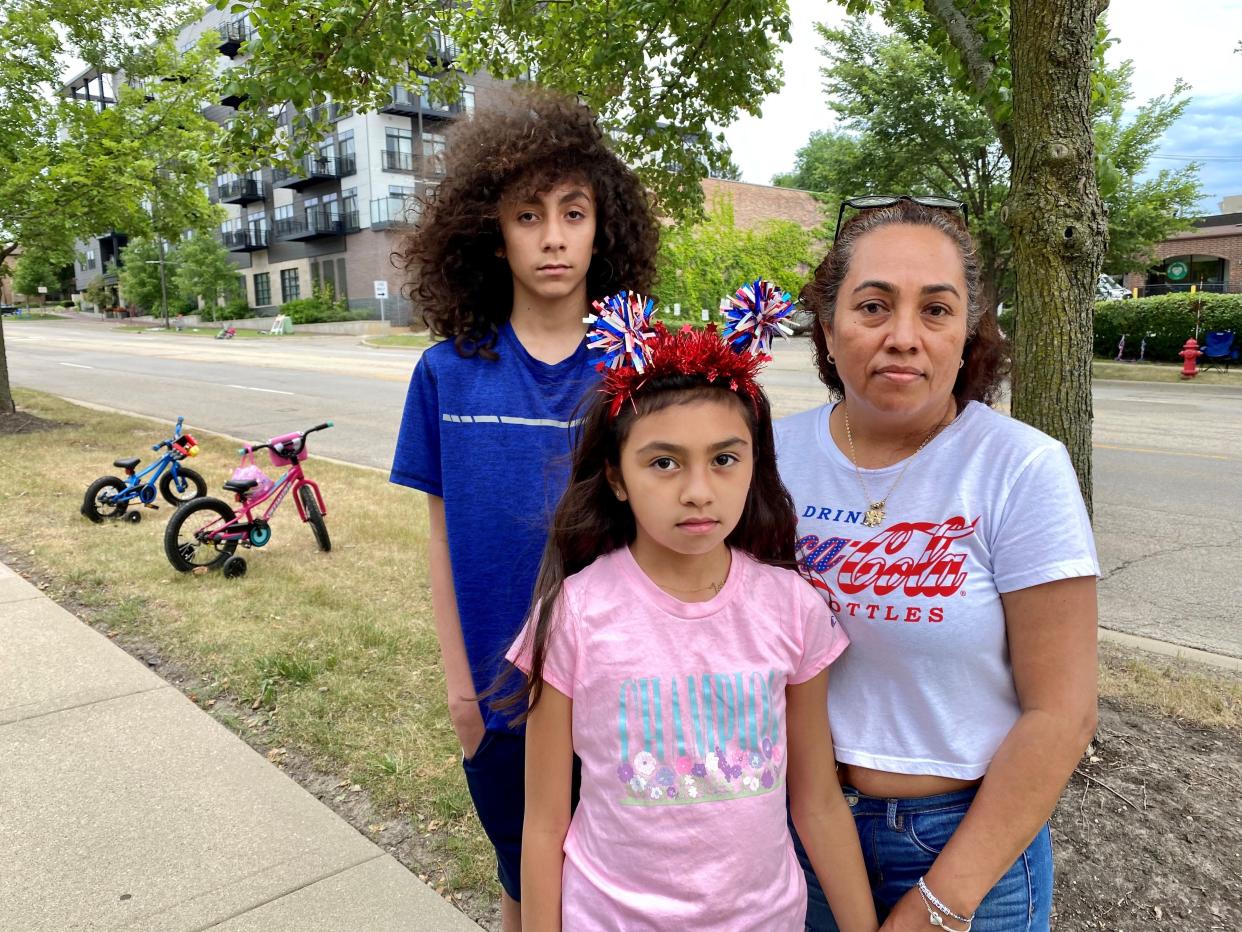 Her co-worker Olivia Rodriguez, 60, was at work and watching the parade when she heard shots from what sounded like a “powerful gun,” she said. “People started running – crazy, desperate,” she recounted. “They had to look for shelter.”

The two women told USA TODAY they each moved from Mexico to the USA more than two decades ago in pursuit of the American dream.

Hours after a man fired into the parade crowd from a rooftop, killing seven people and injuring more than 30, they reflected on their experience – and what it means to live in America.

Parents of a 2-year-old boy, a ‘loving’ grandfather and more: Names of Highland Park shooting victims

Moments after the gunfire erupted, Rodriguez waved 15 to 20 people of all ages into the convenience store, where she found stools and stepladders for them to sit on as they crowded between refrigerators and rows of chips, she said. Some crouched on the floor; others pressed their faces to the windows or scanned their phones for updates.

“People were so scared,” she said. 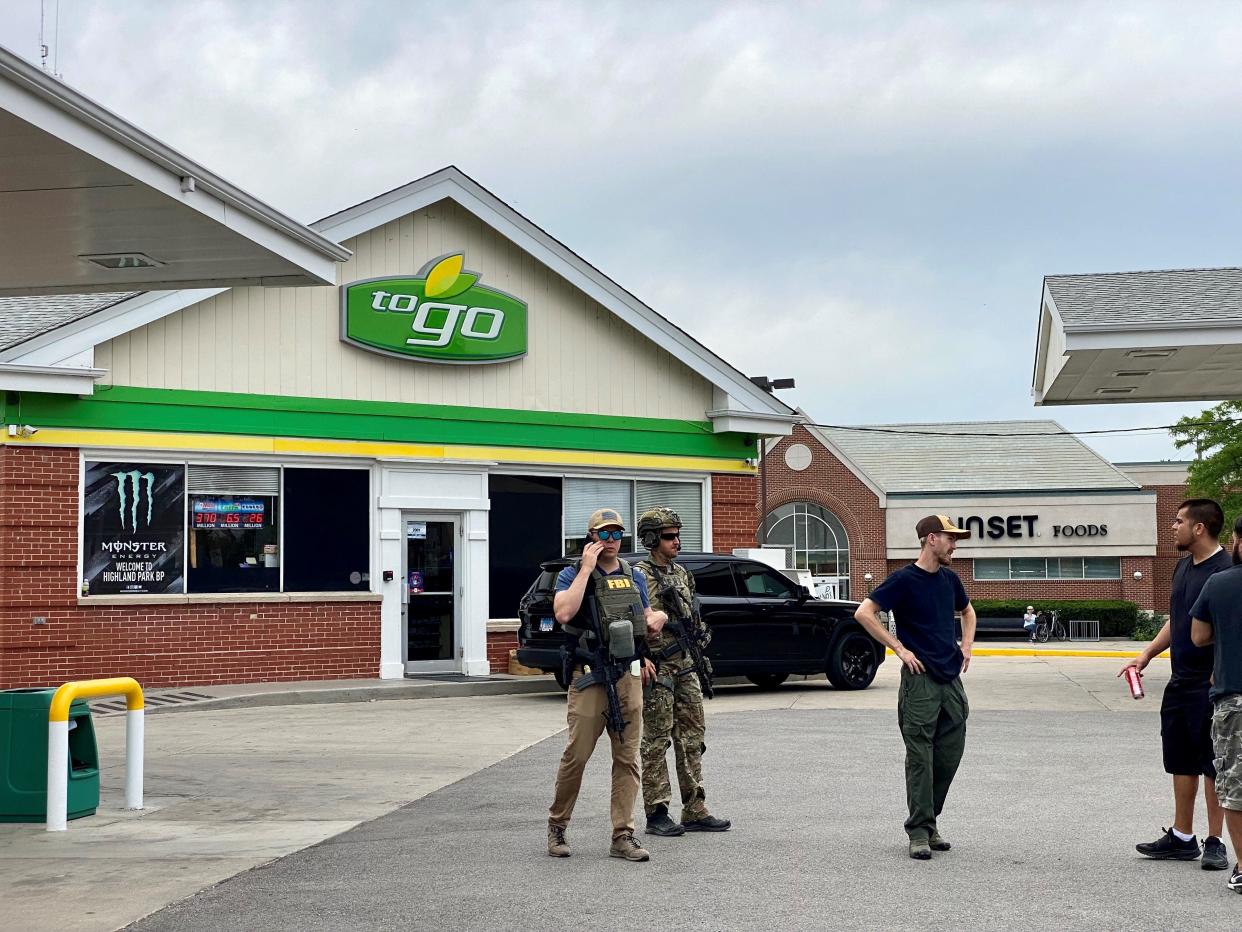 “We knew they hadn’t caught the guy,” she said.

As the hours dragged on, Rodriguez said, she called her friends and family to make sure they were safe. Among them was Martinez, who was anxiously drinking coffee inside her home down the street with her daughter, Zoe, and 13-year-old son, Jared.

For several hours, SWAT teams went door-to-door, searching for the suspect, and dozens of police vehicles flew up and down the street, lights flashing and sirens blaring.

“The police never stopped passing by my house,” Martinez said.

After the group in her backyard slowly trickled out, Martinez and her kids walked down the sidewalk to see what had become of their neighborhood. They silently passed an American flag blanket crumpled up on the grass. Wagons, scooters and tricycles were abandoned. A lone marching band drum was discarded on the sidewalk.

“The street is empty – only soldiers, toys, bikes,” Martinez said softly, standing on the sidewalk beside her kids hours after the shooting. Zoe still wore her sparkling headband with red, white and blue pompoms. 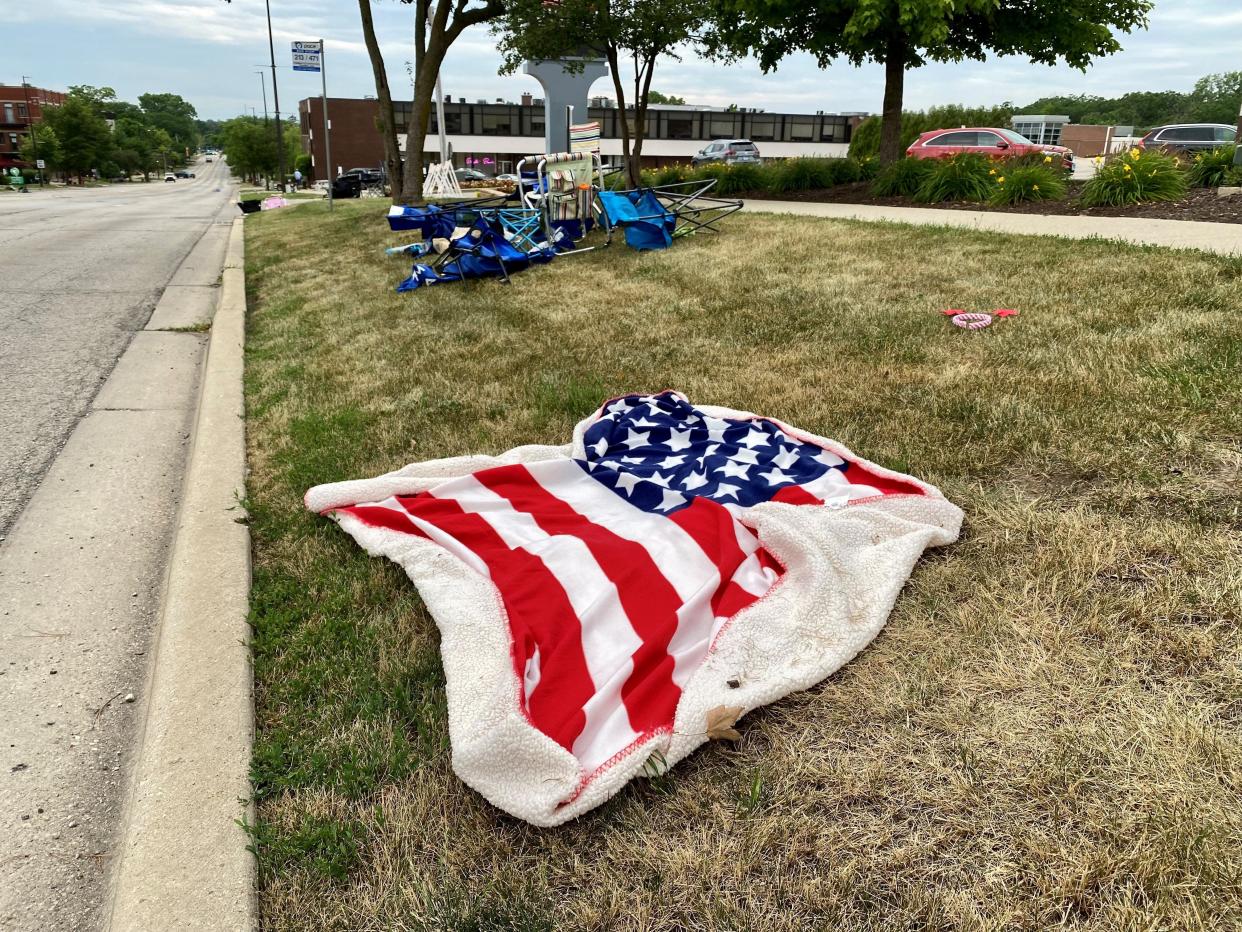 On July 4, Highland Park became the location of the 15th mass shooting with four or more victim deaths in the USA this year, according to a count by USA TODAY, The Associated Press and Northeastern University.

The incident came weeks after attacks on a supermarket in Buffalo, New York, and an elementary school in Uvalde, Texas, among many other shootings.

Firearms are the leading cause of death among kids and teens in the USA, leaving Martinez and so many others grappling with the reality of raising children amid violence. She’s unsure if she’ll send her kids back to summer school Wednesday.

“I worry about my kids,” Martinez said Tuesday.”It’s not safe anymore.”

Martinez said she came to the USA in 1999 from Acapulco, Mexico, in search of work and opportunities. She said she’s attended the Highland Park Fourth of July parade for 22 years, and her children said they love to watch the floats.

Rodriguez moved to Illinois from Guanajuato 27 years ago. She said she’s enjoyed the parade with her nephews and family for years.

“The best part is the kids showing up with pride for the country,” Rodriguez said. “I like it here, and I’m proud of my country, too.” 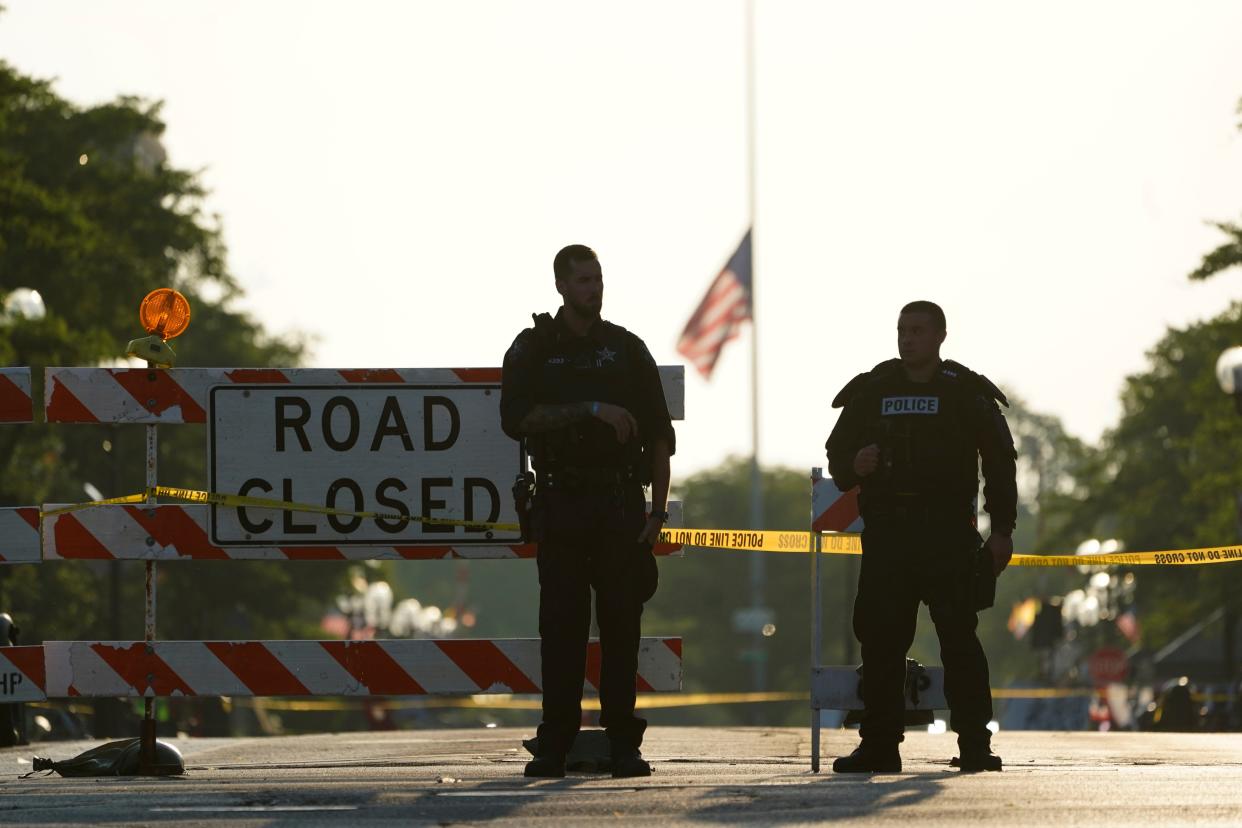 Yet Rodriguez said she thinks about moving back to Mexico to retire. “Here, you live to work,” she said.

Less than 24 hours after the traumatic attack, she was back at the gas station convenience store, selling water bottles to locals and members of the news media camped outside and answering questions from police officers holding clipboards.

As she stood behind the counter Tuesday, Rodriguez explained how she grew up aware of frequent shootings between drug cartels in her home state. She never imagined she’d witness a mass shooting, especially not in her “happy” suburban town.

“All I can say is that I’m still in shock,” she said as a customer approached to purchase a soda. “Now I feel like everywhere is the same in this country.”