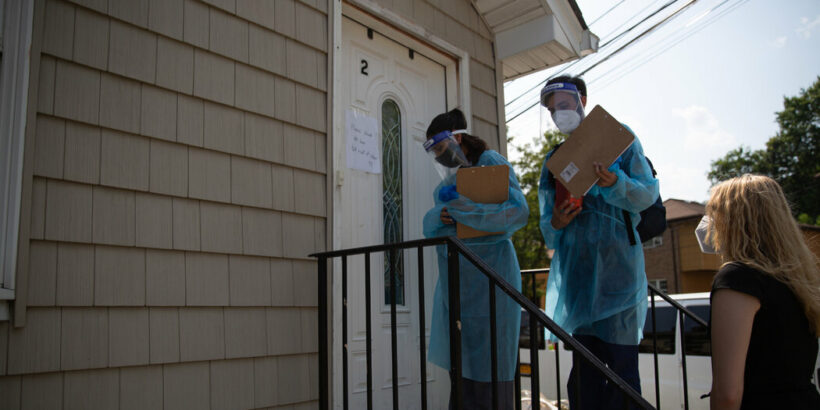 On Staten Island’s South Shore, the sole mass vaccination site — an elementary school’s gymnasium — closed down this week, and was replaced by a vaccination van that has been giving fewer than 10 shots a day.

A mass vaccination site near a mid-island beach is quiet and may also shutter soon, a site director said. And at a nearby beach parking lot, the driver of a mobile coronavirus testing van was resting with his eyes closed last Friday. Only two people, he said, had shown up for testing.

Across New York City, coronavirus cases have more than tripled from last month’s low of 200 per day as the more contagious Delta variant has taken hold. And Staten Island, in particular, has been a hot spot that foretold the broader rise. For weeks, several of the borough’s ZIP codes had among the most cases in the city.

Now, as the rise in cases has taken hold in every borough, the resistance in Staten Island to the city’s efforts to inoculate residents has underscored the daunting task health officials face with the broader vaccination campaign.

And that, borough leaders say, requires a different response.

“On the South Shore, you can’t just take the boilerplate approach as with the rest of the city,” said James Oddo, the Staten Island borough president. He said the “come hell or high water” vaccine reluctance in that section of the borough deeply rooted in mistrust of government and authority itself.

Grace, 20, a resident of Tottenville, on the South Shore, said she hasn’t gotten vaccinated. “I wouldn’t get it until it’s F.D.A. approved, and then, maybe,” said Grace, 20, who did not want to give her last name.

She said she listens to her friends, who have told her scary stories about serious side effects, and Fox News, which she described as negative about the vaccine. “And I already had Covid,” she added.

In Staten Island, as in the city and state as a whole, vaccination rates are only inching up. Each day, fewer than 10,000 New York City residents on average are opting to get their first shot. Though the city has tried everything from vaccination buses and in-home vaccinations to exploring ways to better include primary care doctors, it has yet to find an effective strategy to quickly increase the numbers in the face of Delta.