This is the moment callous thieves stole £300 meant to fund activities for disabled children, but the charity’s boss says police don’t seem to be doing much about it.

Two men and two women are shown in a video wandering into the Anglers Rest Cafe in East London apparently to order some food.

But the men and one woman are seen apparently distracting staff by crowding around the counter in CCTV footage that shows the other woman snatch the cash.

After slipping round to where the jar of money is, she grabs the jar, hides it under her top and runs out of the shop in Redbridge Lakes.

The money was intended to fund a clubhouse on the conservation hub so the charity can offer services to disabled and underprivileged people during the winter.

But despite handing police footage of the April 21 incident, charity director Gordon Bullock was told two weeks ago the investigation had been closed. 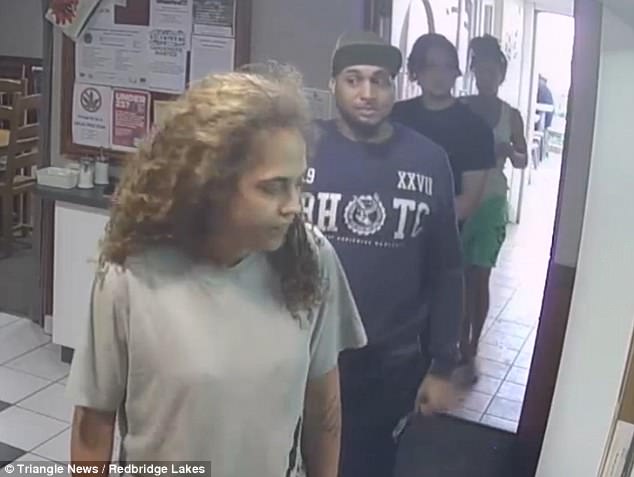 The four are seen entering the cafe, which is situated on a conservation site in Redbridge, East London 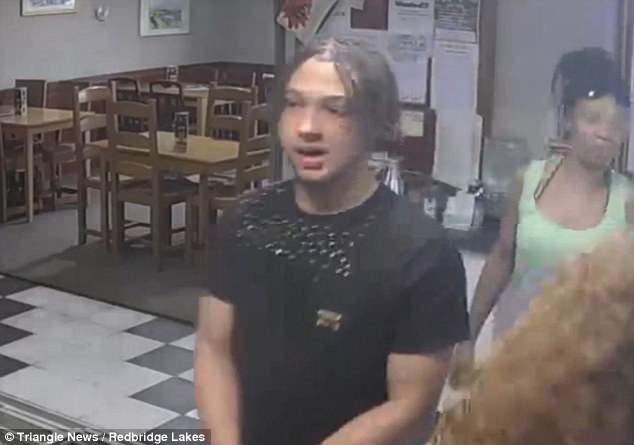 The 65-year-old says he is disappointed that police are no longer investigating, especially considering that the needy people who use the charity had helped raise the funds.

‘If you’ve seen the footage, it seems unbelievable that the police can’t find these people,’ he said. ‘We’ve had a huge outpouring of support and I don’t think that that the police have any excuses now.

Describing what the footage appears to show he said: ‘They came to the cafe, ordered a couple of burgers and whilst the guy had his back turned, the three of them shielded the girl and she grabbed the jar. 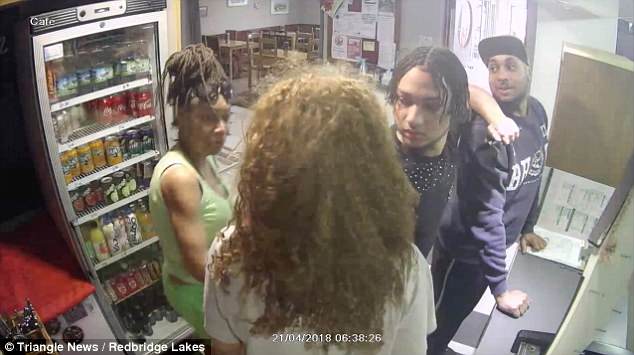 ‘I had tonnes of video and the police have got all that. But unfortunately a few weeks ago, they said they couldn’t do anything.

‘I didn’t think for one second that the police wouldn’t be able to pick up these people straight away.

‘It was really disappointing because we get some lovely people coming to our lakes. They are not all that well off but they always stick their change in the jar. It’s annoying because people were being generous.’

Mr Bullock said he had received donations from outraged members of the public since the theft. 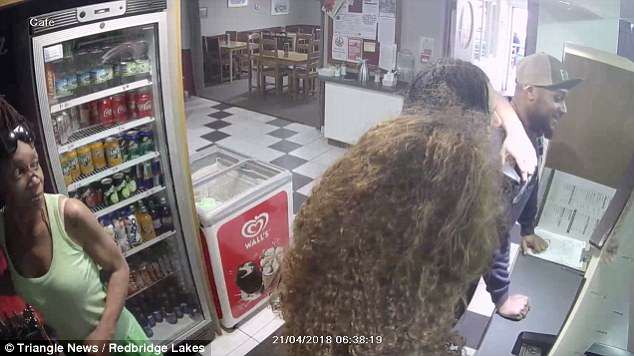 The woman in green reaches for the charity box, which contained £300 to fund activities for disabled children in the winter 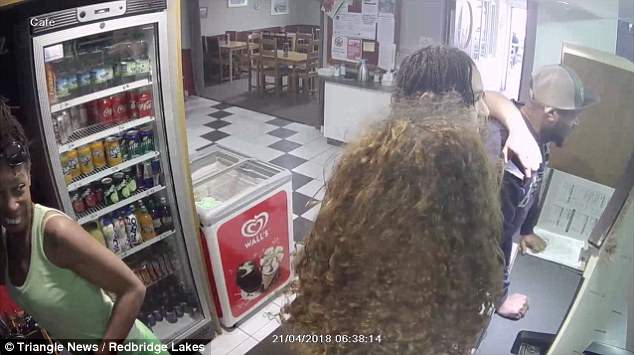 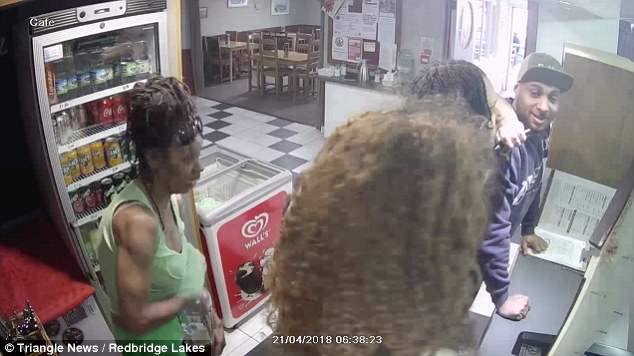 ‘It’s certainly disappointing when the general public has donated to this cause and then someone just goes and steals it,’ he said. ‘I don’t suspect we’ll get the money back unless we are extremely fortunate.

‘But it will be nice to see that the culprits are caught and brought to justice. ‘What we are trying to do is provide an educational facility for community groups to use, centring on conservation.

‘These groups include everything from underprivileged children to people with physical disabilities; it goes right across the broad spectrum really.’

A Met Police spokesman said: ‘Police received a report of theft on 21 April after a charitable collection container was stolen from Redbridge Lakes Cafe in Woodford Green. CCTV footage of the incident has been retrieved. No arrests have been made.’