Depraved yobs have stolen a hot tub which a father bought for his daughters shortly after telling them he had a rare form of cancer.

Marty Smith was on his way into surgery to remove lymph nodes from his groin when his partner called him to say the hot tub had been taken from their garden in Marton, near Middlesbrough.

The family had the hot tub for a week before it was stolen and the theft has left his two daughters, Nell, 10, and Nancy, 12, heartbroken. 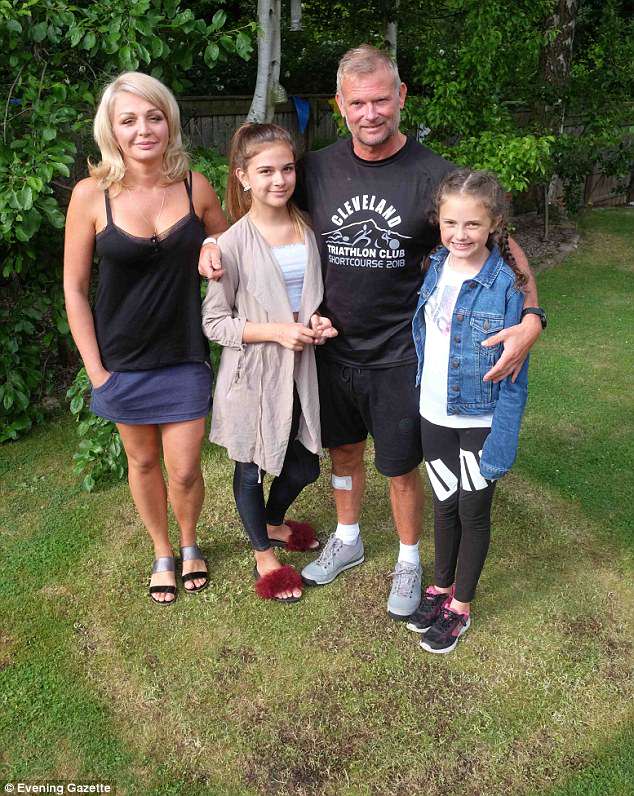 Marty Smith with his two daughters Nell, 10, and Nancy, 12. His partner Tania was also pictured 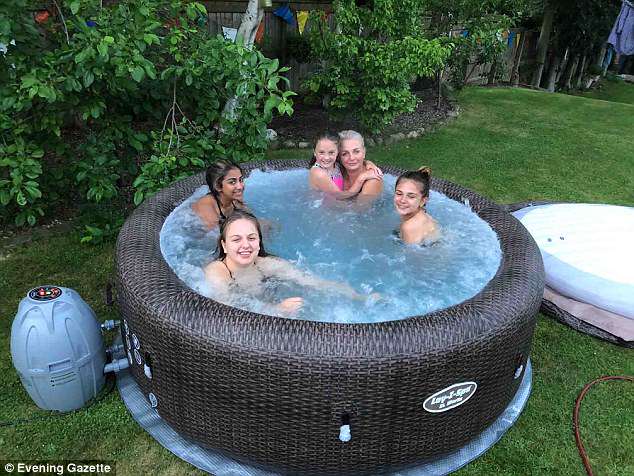 ‘We bought it a week on Saturday and I put it up for them, they loved it and they were in it all last weekend.’

Mr Smith had traveled to James Cook University Hospital to undergo the operation on Tuesday.

Just minutes before the procedure, he received a call from his partner Tania, informing him the tub had been stolen.

‘I couldn’t believe it, I told her to call the police and went through the operation,’ Mr Smith said.

‘That night when the anaesthetic wore off I checked the CCTV of the garden and went knocking on neighbours doors, I could barely walk.

‘On the footage you see someone dragging the hot tub across the garden.

‘They un-plumbed the whole thing, drained the water and took it away in about six minutes. They then came back for the filters and everything else. 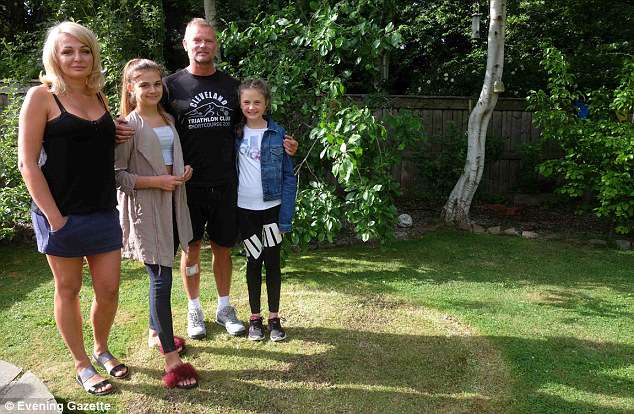 ‘It was an expensive bit of kit and not even a week old, we’re all upset over it.’

The hot tub was also set to play a large part in Nancy’s 13th birthday party as well with a party being planned.

‘We were going to have a party that involved the hot tub, now there’s nothing there for them.’

Marty has been undergoing treatment since January and has had to take time off working as an engineer while his treatment continues.

But despite not being able to work full time, he is still taking part in triathlons and not letting the illness get the better of him.

‘I’m not sick, I’m just trying to keep smiling and keep strong for my girls.’