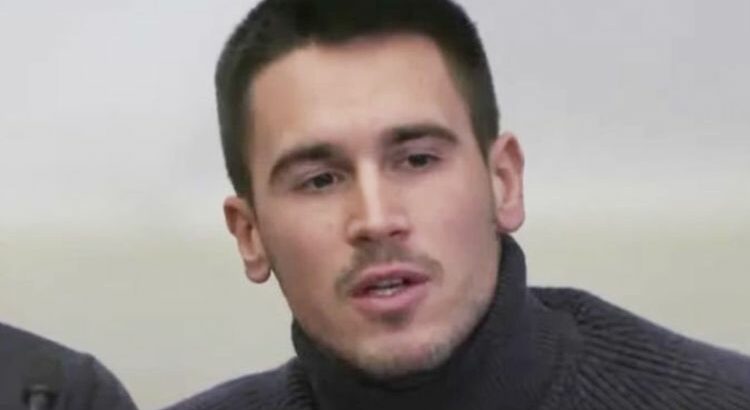 Novak Djokovic remains at loggerheads with the Australian Government despite a Melbourne court on Monday validating his Covid vaccine exemption to enter the country. The world’s number one tennis player was moved to a detention centre shortly after his arrival in Australia last Thursday because of doubts over his visa and Covid documentation. Djordje Djokovic attended a press conference with his parents Srdjan and Dijana Djokovic to discuss Novak’s recent release but he put an end to the event after a rogue question from a reporter.

He said: “The whole process was public, and the documents that are public are legal.”

As he spoke, a female reporter could be heard asking off-camera: “Was he at the event on December 17?”

Djokovic’s lawyers argued the exemption allowing him to enter Australia had been granted on the ground of him contracting coronavirus on December 16.

But the explanation sparked a whole swathe of new questions after photos emerged of Djokovic seemingly attending an event held by his organisation in Belgrade on December 17.

After a few seconds of silence, Djordje swiftly put an end to the video news conference: “This press conference is a joke at the moment.

“Thank you for the attention.”

The Djokovic family insisted “truth and justice” had won following the Serbian player’s release from Australian immigration detention after winning a court challenge to remain in the country.

Speaking before abruptly ending the press conference, Djorjie said: “It has been a massive challenge for us as a family. We have done everything we can to comply with all the protocols.

“We are very emotional and it’s very difficult for us to defend Novak without offending anyone.

“Truth and justice have come out and I hereby want to thank Australia’s legal system and judge Kelly, who has been unbiased and neutral as he took on board all the facts since he landed at Melbourne airport, including the bullying he’s been through.”

Djokovic posted a photograph of himself standing on court at Rod Laver Arena following his release from the Melbourne detention centre on Monday afternoon.

Writing on Twitter, the Serbian tennis player said he is still planning to compete in the Australian Open as he thanked the overseeing judge for overturning his visa’s cancellation.