Canterbury Bankstown Mayor Khal Asfour said he has had a “political target” on his back ever since he criticised the NSW government over its harsh lockdowns and overzealous policing in hotspot local government areas during COVID-19.

Asfour, who is on the upper house ticket for Labor in the March state election, was appearing at a parliamentary inquiry into allegations of impropriety at the south-west Sydney council, which was called by Local Government Minister Wendy Tuckerman. 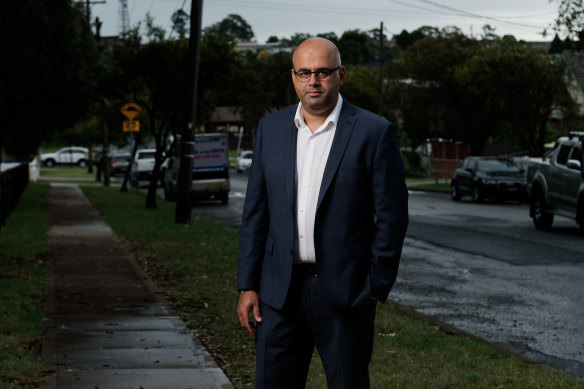 In his opening statement, Asfour accused the Coalition of calling the inquiry for political gain, with the “sole purpose of damaging my reputation and my political aspirations”. He said he was angry at the “besmirching of my good name”.

“It is no secret I got under the skin of this government when I stood up for my community and many other residents of western Sydney during the harsh lockdowns and overzealous policing during the COVID pandemic. I’ve had a political target on my back ever since. And this is payback.

“I know that once the mud is washed away, justice and my truth will prevail.”

He accused Tuckerman of being their puppet, saying she had not called him to ask after his wellbeing or ask him directly about the allegations.

Asfour was flanked at Wednesday’s inquiry by a senior barrister and solicitor. When initially asked who was paying the lawyers, he said he would take the question on notice. However, when pressed, he consulted the lawyers and said they were paid by the council’s insurer.

In response to a question from One Nation MP Mark Latham, Asfour said he had no knowledge of a document – which Latham said was circulating in the Bankstown area – detailing allegations against Canterbury Bankstown CEO Matthew Stewart, which was written by Stewart’s former wife.

Latham said the allegations in the document included that Stewart was a personal friend of Asfour’s and approved a granny flat on their property. Asfour denied any personal friendship, saying they simply had a good working relationship, and said he had not seen the document.

Latham also asked Asfour whether he had any knowledge that Stewart told people close to him that “working with you is like babysitting a grown man”. Asfour said he had not heard that before, and “I reject it completely”.

He also denied that Stewart had access to his email account, and said he paid for a ticket to a soccer game in the United Kingdom from his own pocket even though a ticket obtained by Latham said it was complimentary.

“I can assure you and the committee that I paid for the ticket,” Asfour said.

Senior council officials – who pulled out of an inquiry hearing last week – were due to appear on Wednesday afternoon but their testimony has been deferred until January because parliament is now sitting this week.

The council has hired a consultancy to investigate Mihailuk’s claims. Asfour said the report was due “imminently”.