Thai father who promised £240,000 to the man who marries his daughter is forced to scrap three-month tournament where suitors would compete for her hand after too many apply

A Thai father who promised £240,000 to the man who marries his daughter has scrapped plans for a tournament where suitors would compete for her hand – after too many applied.

Multi-millionaire farm owner Anont Rotthong, from Chumphon province, southern Thailand, took the matter of his daughter Karnsita’s future into his own hands with his ‘offer’.

But since then, 10,000 men have come forward hoping to marry the 26-year-old heiress. Mr Rotthong, 58, who owns a prosperous durian fruit farm, instantly dismissed one of the candidates as being ‘too handsome’, fearing that he would end up breaking his daughter’s heart.

At first he planned to stage a three-month tournament at his farm in the hope of narrowing down the search.

But after saying he was ‘dying because my phone has been ringing off the hook’, Mr Rotthong decided he would scrap the idea, Channel News Asia reports. 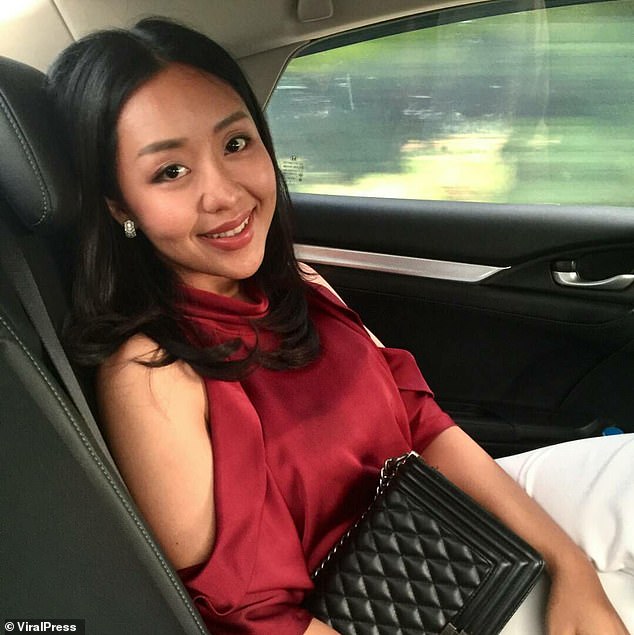 Comes with a dowry: Karnsita Rotthong, 26, is being offered up to prospective husbands by her own father 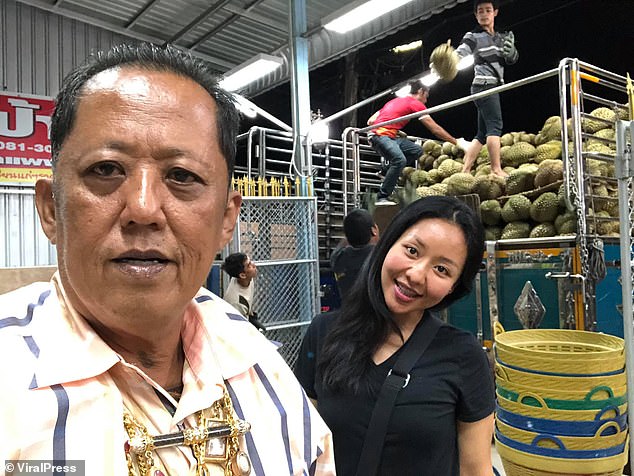 However, he has vowed to honour his ‘offer’ to hand the successful suitor the equivalent of £240,000.

He said: ‘Interested sons-in-law, please stop calling me. I’m dying because my phone has been ringing off the hook. Let me rest.’

Among them was Premyosapon Khongsai, 28, whose pitch gained 14,000 likes on Facebook.

‘I’m interested. I am 28 years old. My family also grows durian in Trat province. We have over 300 trees … I can weather the sun and the rain. I can drive a 10-wheel truck and tractor. Please consider me, father Anont. Thank you,’ he wrote.

But Mr Rotthong is said to have written him off as being ‘too handsome’ and could end up breaking Kanjasita’s heart.

The farmer had earlier highlighted that his daughter, who helps him run the family business, speaks fluent English and Chinese and is a virgin.

In some parts of Thailand, custom dictates that a man should pay a dowry for his future wife, but Mr Rotthong says he would waive this ‘fee’.

Instead he’ll give his future son-in-law ten million Thai baht (£240,000), as well as his sprawling durian farm, valued at several million pounds.

Mr Rotthong says there are no restrictions on what nationality the successful ‘husband’ should be – as long as they ‘work hard and make Karnsita happy’.

He said: ‘I want someone to take care of my business and make it last. I don’t want a person with a bachelor’s, or master’s or philosopher’s degree.

‘I want a diligent man. I just want someone with a hard-working attitude. That’s all.’

Despite having several other children of his own, including sons who would traditionally inherit the business, he adds: ‘As soon as I have an in-law, I will give up all my assets to him.’ 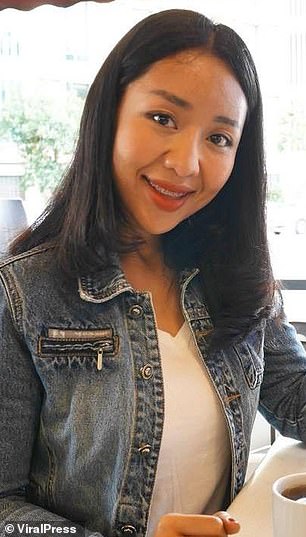 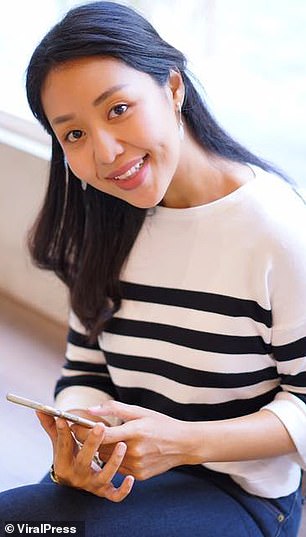 Mr Rotthong describes his daughter as a multilingual graduate – speaking Thai, Chinese and English – but also highlights her ‘virginity’ 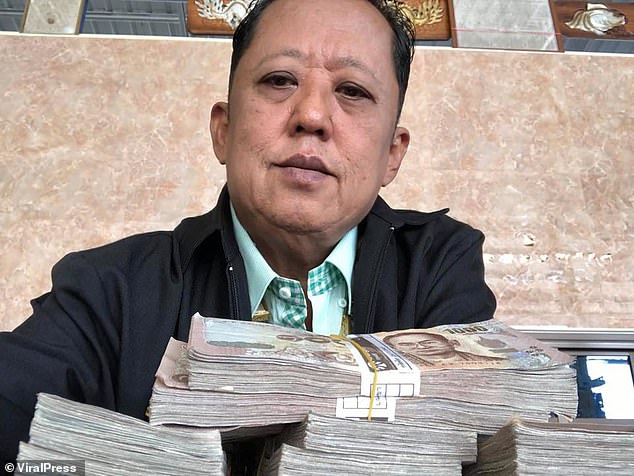 Show me the money: The 58-year-old millionaire farmer poses with wads of cash 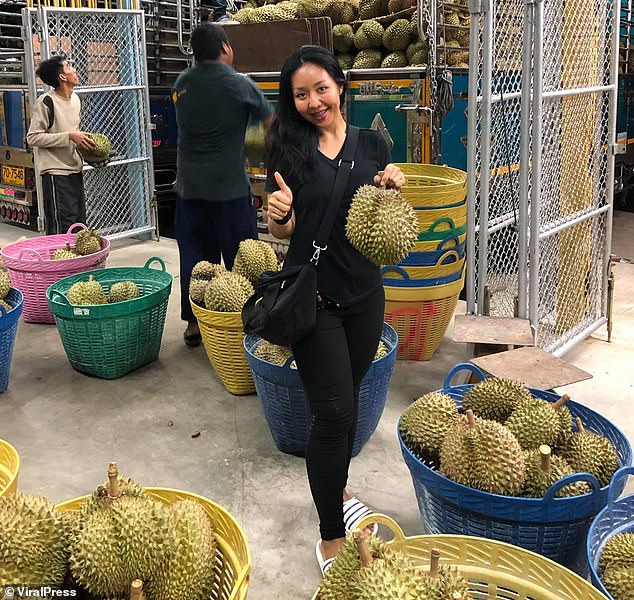 Heiress: The 26-year-old helps her father on the family’s multi-million pound durian farm

Mr Rotthong’s durian farm processes some 50 tonnes of the fruit every day, and is the biggest in the region.

The wealthy Buddhist – who loves gold amulets – also owns property and land across the region.

Miss Rotthong said that she was overwhelmed with the attention from her father’s post and confirmed that she is ‘still single’.

But she hinted that her future boyfriend might have a struggle pocketing the money from her father, because she would ‘like to use it herself for plastic surgery in Korea’.

She added: ‘I first found out about my father’s post when my friend’s showed me. I was surprised but I can see the funny side to it, too.

‘It is true that I am still single. If I have to get married with someone, I only want him to be a diligent and good person who loves his family.’