It’s all kicked toff! Cambridge students flock to Jesus Park for the annual ‘Caesarian Sunday’ booze-up that signals the start of the summer-long drinking season

Thousands of Cambridge University students descended on a park today in the scorching sunshine for the annual ‘Caesarian Sunday’ drinking party.

By the end of the afternoon several students were a little wobbly after consuming copious amounts of booze.

A big group of girls dressed up as cheerleaders and play fought on the grass while three male friends wore Oompa Loompa costumes and posed for a picture.

Caesarian Sunday is seen as the final party before students get their heads down and revise for exams. The summer term ends with the notorious after-exams party, Suicide Sunday, in June. 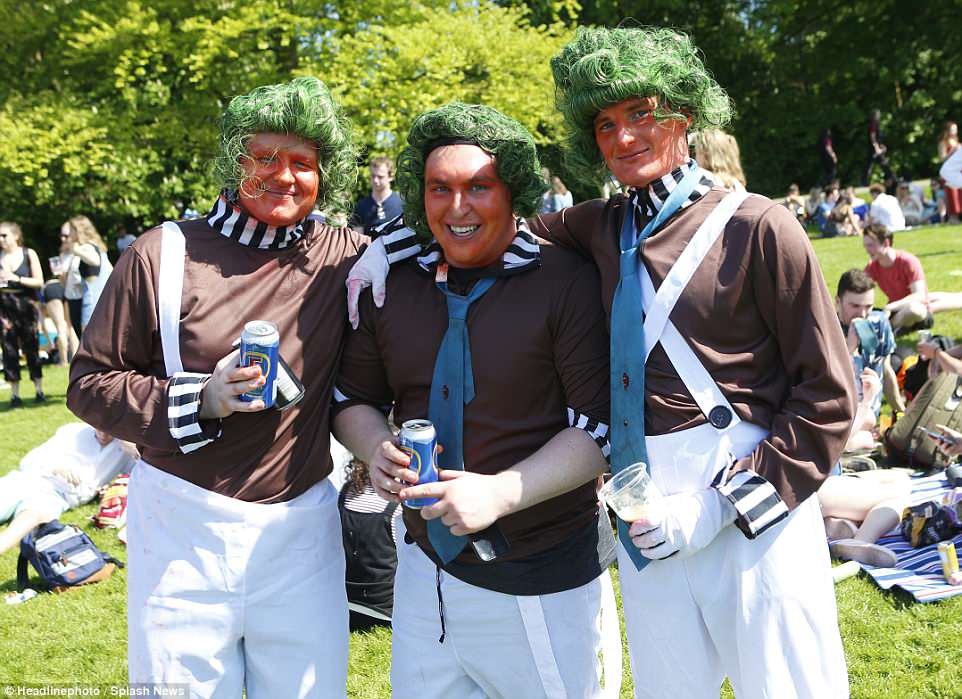 The three amigos! A trio of students wore Oompa Loompa costumes and sipped on cans of lager in the scorching sunshine 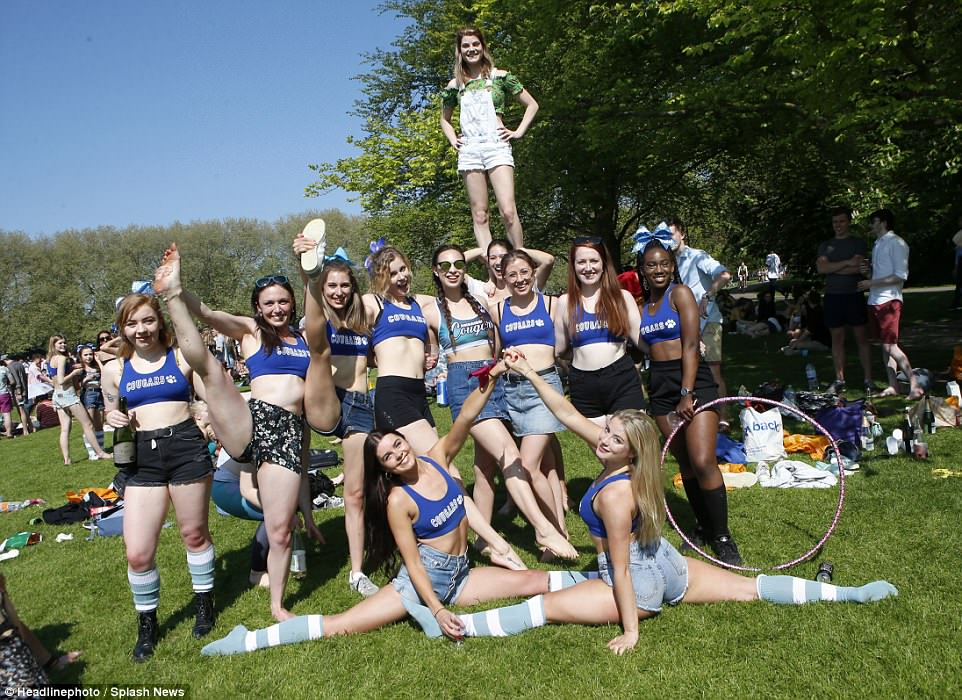 Go Cambridge! A group of cheerleaders showed off their flexibility while enjoying the Spring sunshine in Jesus Park 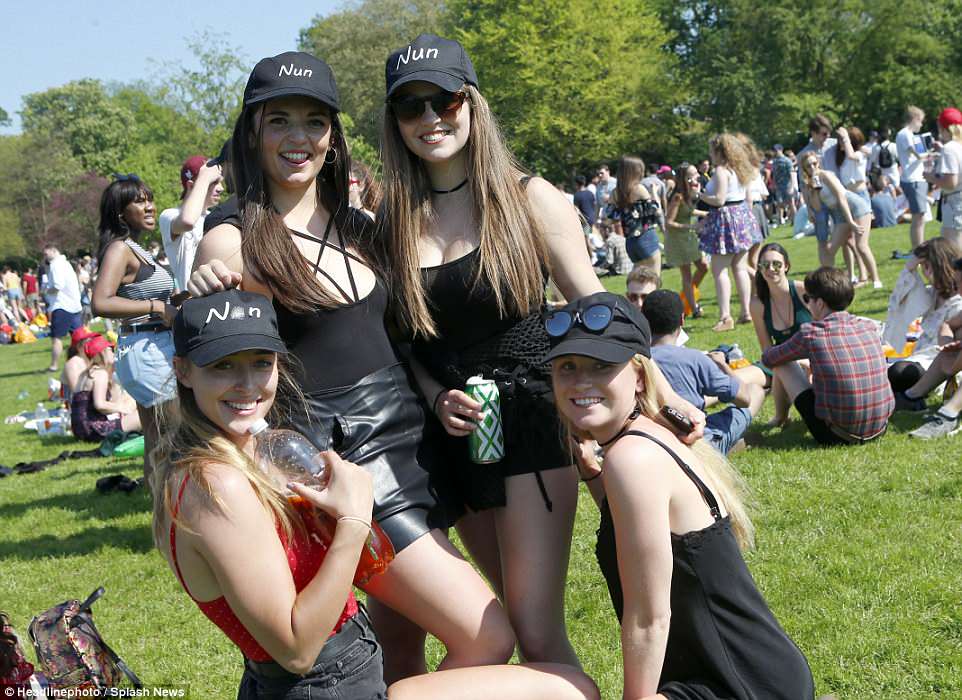 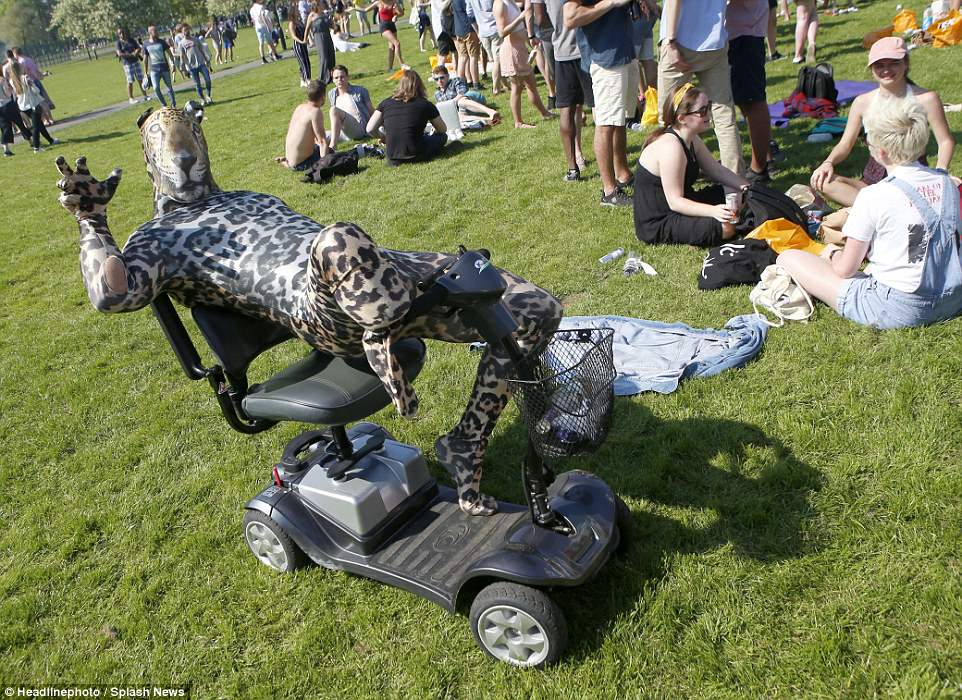 He’ll be hot under there! A student sports a cheetah morph suit while driving an electric scooter around the park