Who is coming into Britain? Airports failed to check the passports of 11,000 passengers after they were sent the wrong way at arrival gates

Airport blunders have allowed up to 11,000 passengers over the last five years to enter Britain without going through passport control, figures show.

Each year around 2,000 people bypassed border controls after they were sent the wrong way upon arrival at UK airports.

Airlines and airports are responsible for directing all travellers on international commercial flights towards immigration desks.

They could now face fines of up to £50,000 for failings as part of a proposed government crackdown. 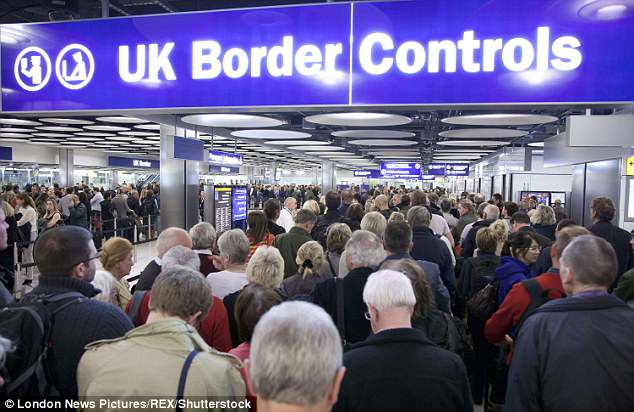 Airport blunders have allowed up to 11,000 passengers over the last five years to enter Britain without going through passport control, figures show.=

The problem has been blamed on human errors such as incorrect doors being opened at arrival gates.

More than 11,000 did not have their passports checked in the usual way from 2013 to the end of 2017 immediately after landing.

Figures released by the Home Office show that 2,328 were misdirected last year – an average of six a day. This represents an increase of 70 per cent on the 1,364 in 2016.

The Home Office said some of the passengers who are misdirected are sent back to border control to show their passports. But it admitted that some are able to leave airports without being checked.

Although these travellers are retrospectively checked against immigration watch lists, it raises the suspicion that those bent on terrorism could slip into Britain undetected.

Conservative MP Tim Loughton, a member of the Commons Home Affairs Committee, said: ‘There are enough concerns about the capacity of Border Force to cope even before Brexit, without learning that thousands of passengers are getting in through the side door unchecked. Airports … need to face consequences.’ 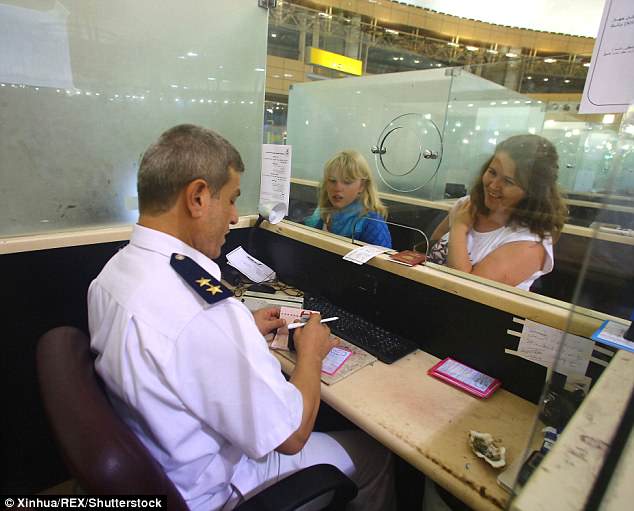 Each year around 2,000 people bypassed border controls after they were sent the wrong way upon arrival at UK airports

The Immigration Act 2016 provides a legal basis for the Border Force to levy a penalty if a misdirection occurs. Under new plans, fines could range from £2,500 to £50,000 depending on the number of passengers involved and action taken to rectify the blunder.

The Airport Operators Association said the proposal is ‘disproportionate’ and described border security as a ‘top priority’ for airports.

The Home Office said there were no cases of dangerous individuals arriving unchecked because of a misdirection. However, it added that ‘a civil penalty is a vital tool in ensuring’ a reduction in passengers going astray.

Around 288 million passengers pass through UK airports every year, according to latest figures.