The tiny, lovingly-made objects will decorate the city as it bands together in memory of the tragedy that unfolded at Manchester Arena. 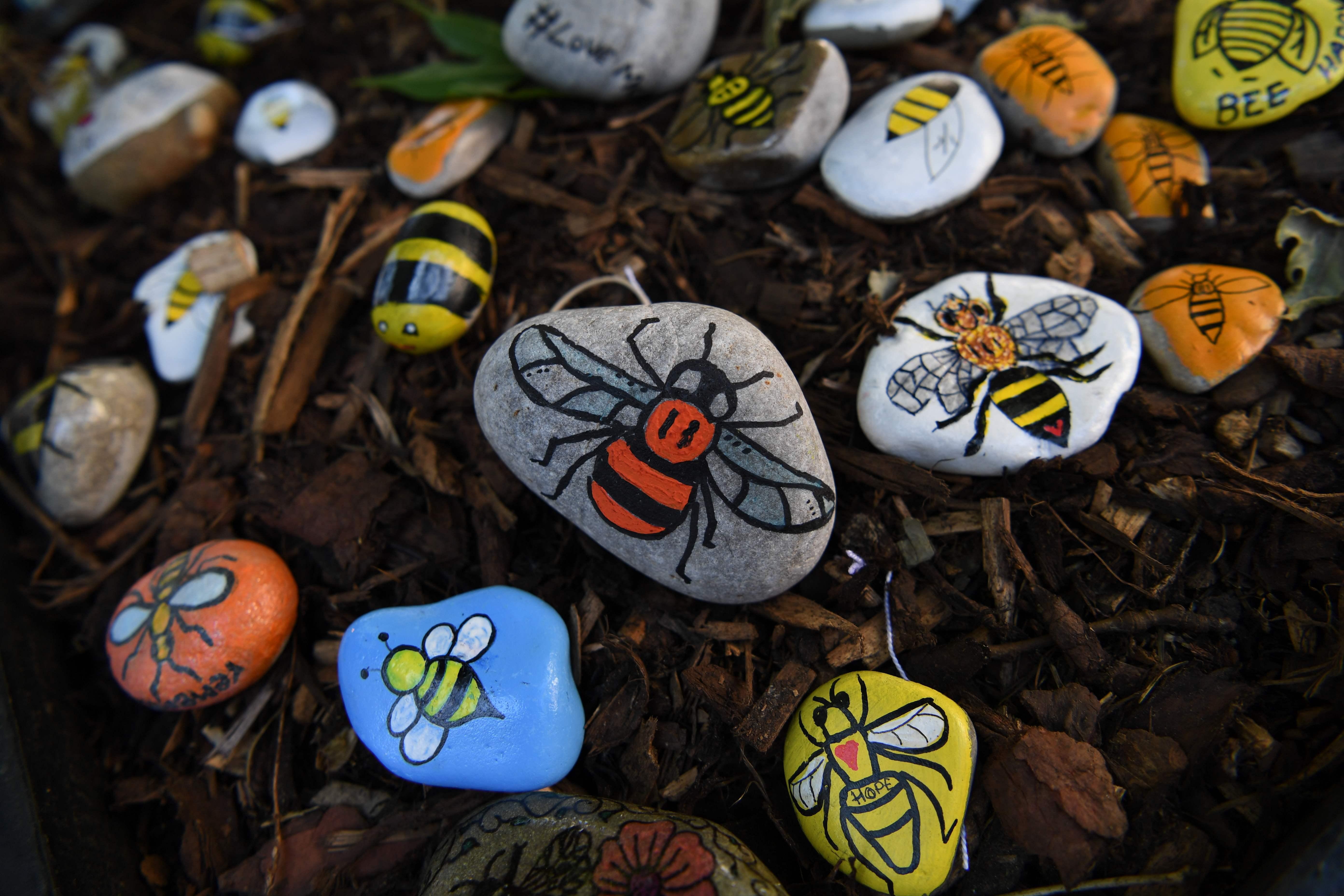 Among the tributes are stones painted with bees – with the insect symbolising Manchester's hardworking past.

The #aheart4mcr campaign was started by Beth Clarke, with the mum saying she had wanted to bring some "love and happiness" to Manchester.

And after putting out a call to arms, more than 27,000 hearts made of all sorts of materials have been sent to Manchester from across the world, including Australia, South America, and New Zealand.

Describing the campaign on Facebook, the mum wrote: "I do feel that to mark the one year anniversary is the right thing to do. 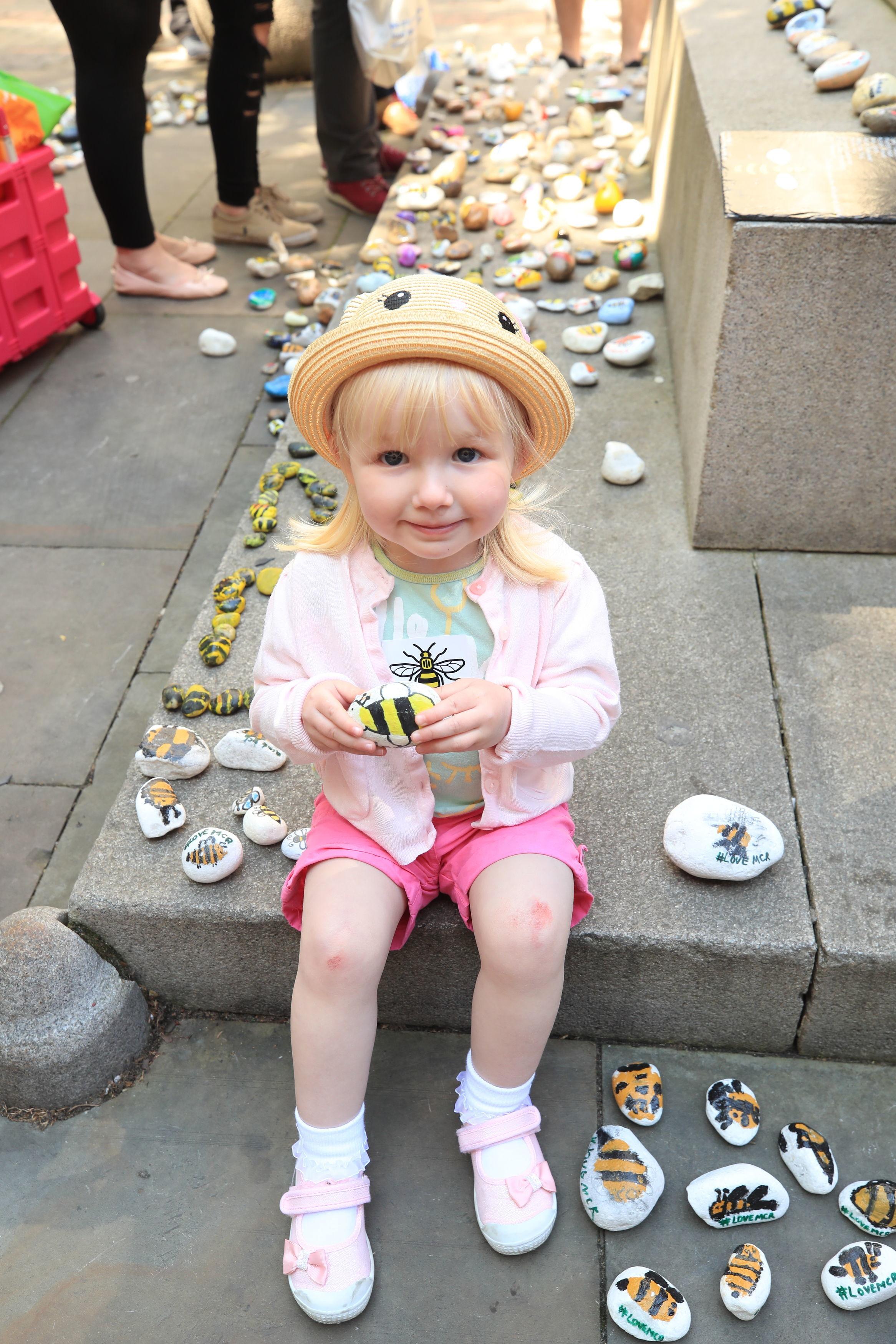 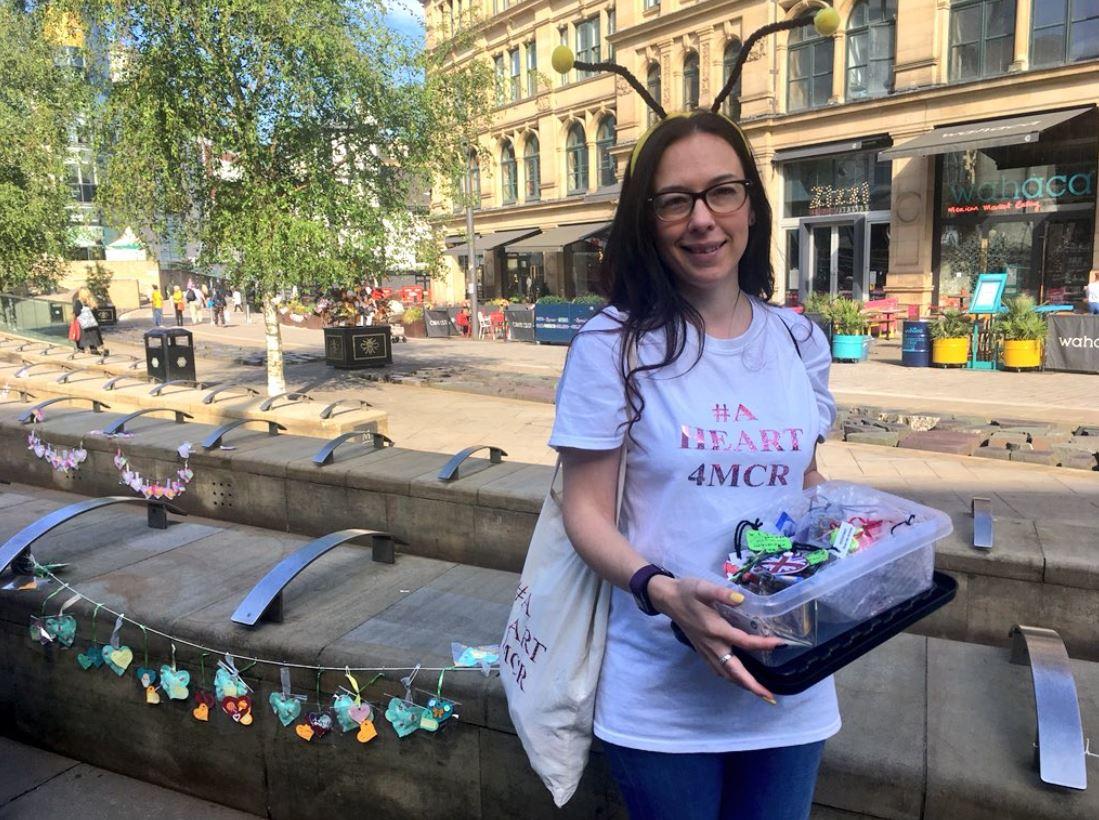 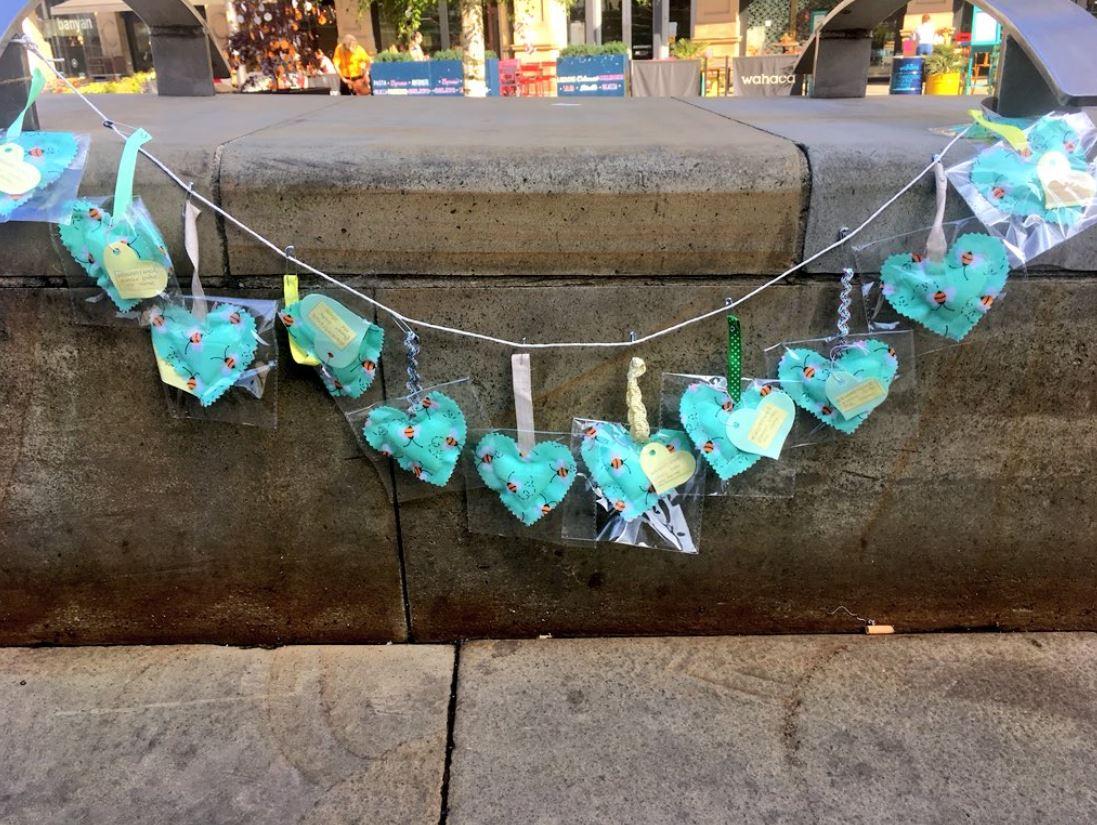 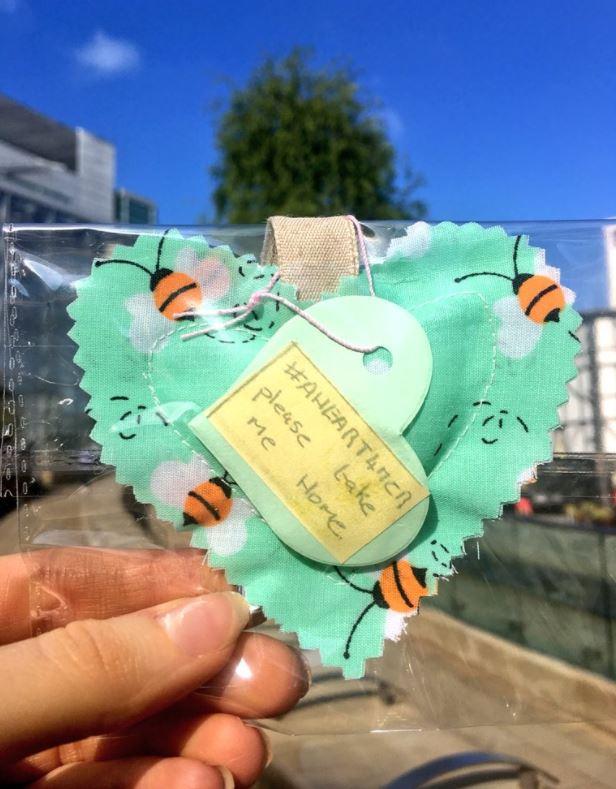 "The families of the victims have been left to suffer the worst grief and I feel it is important to show them that their loved ones have not and will never be forgotten.

"Random acts of kindness, in any form, can only be a good thing."

She said that she understood that the day would be full of "mixed emotions", saying: "But hopefully, once again, we will bring some love and happiness to Manchester and put smiles on the faces of many that walk by."

Beth, who runs a small craft business, thanked those who had helped her organise the campaign – as well as those who had taken time to make a heart and send it to the city. 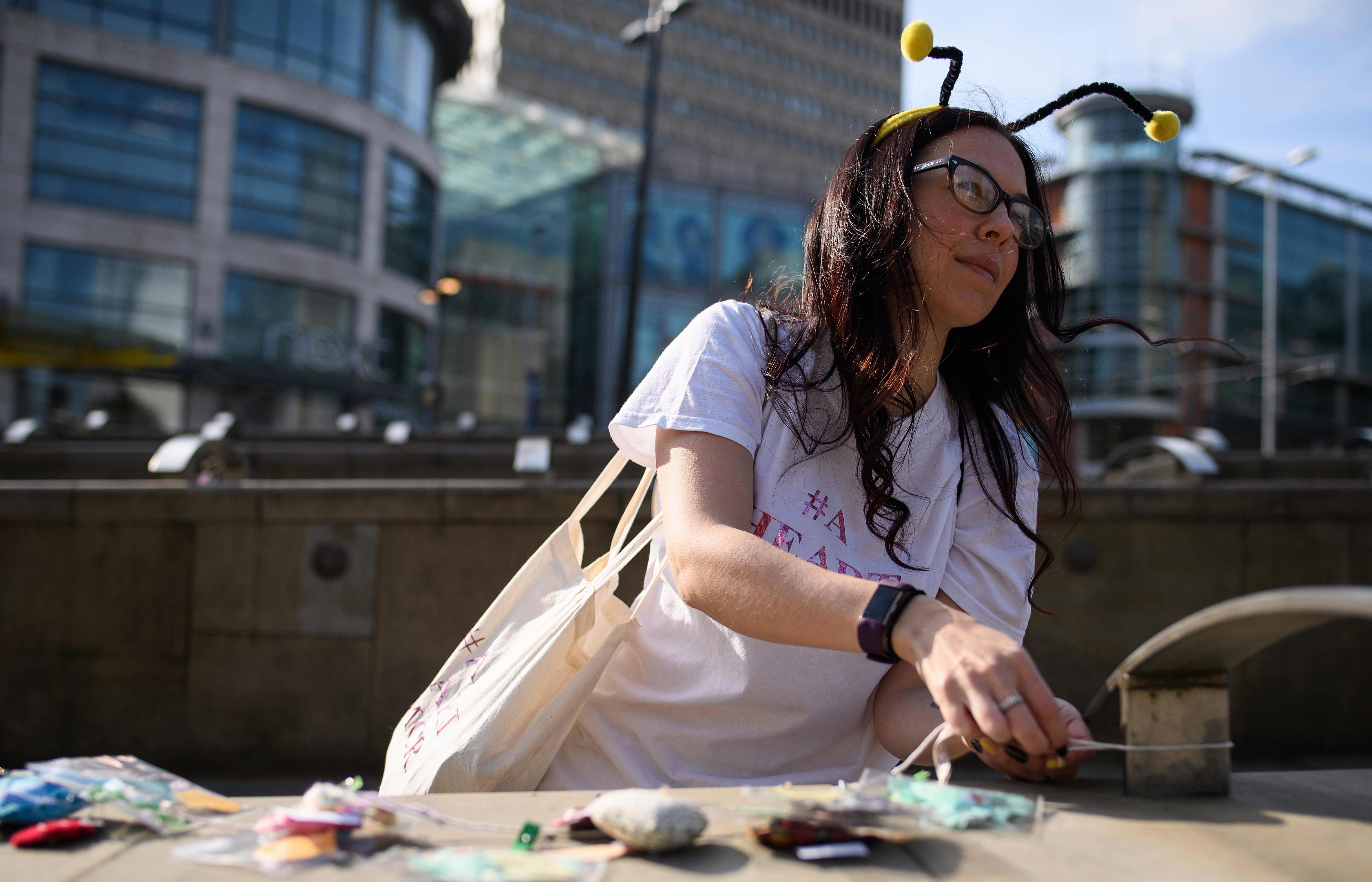 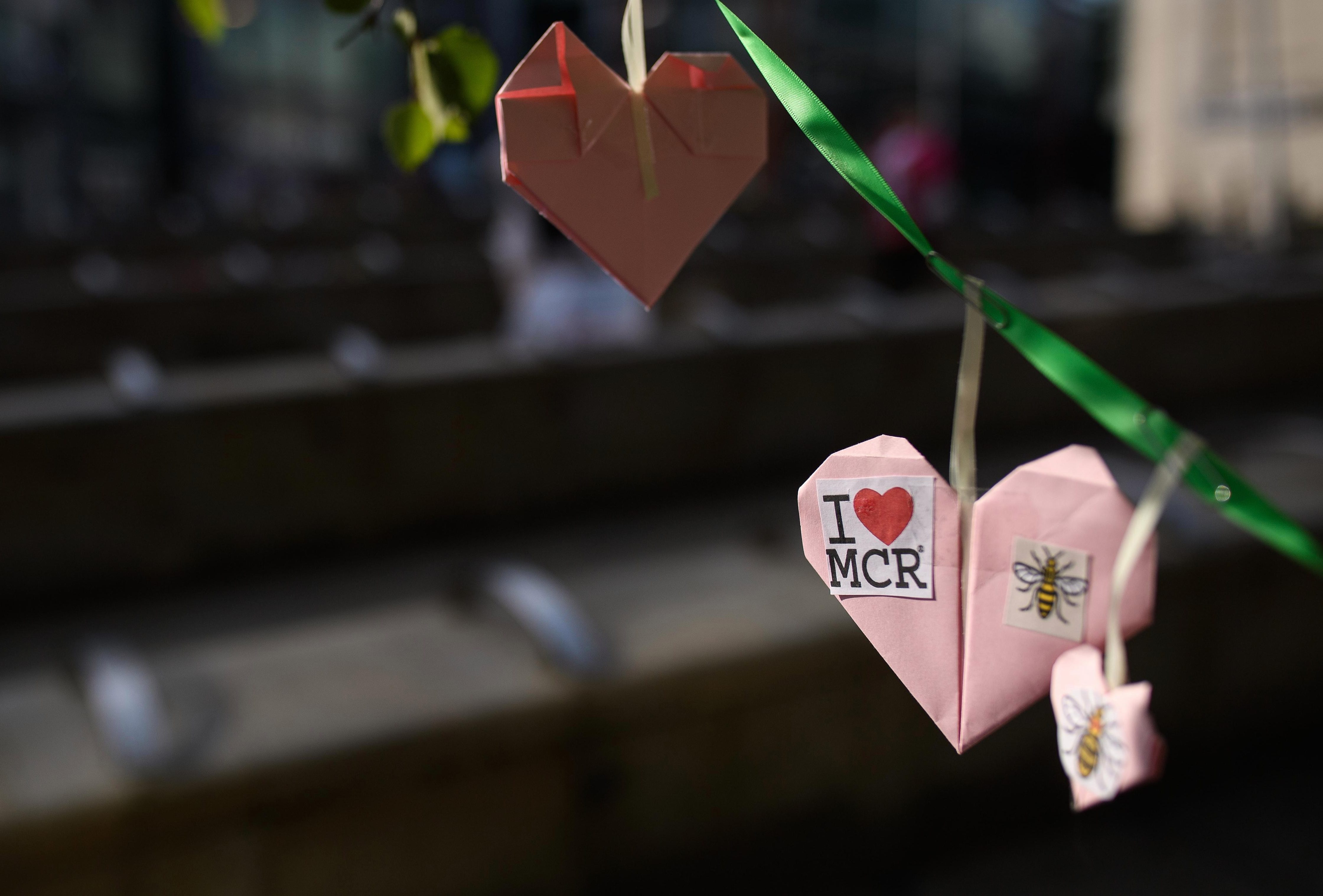 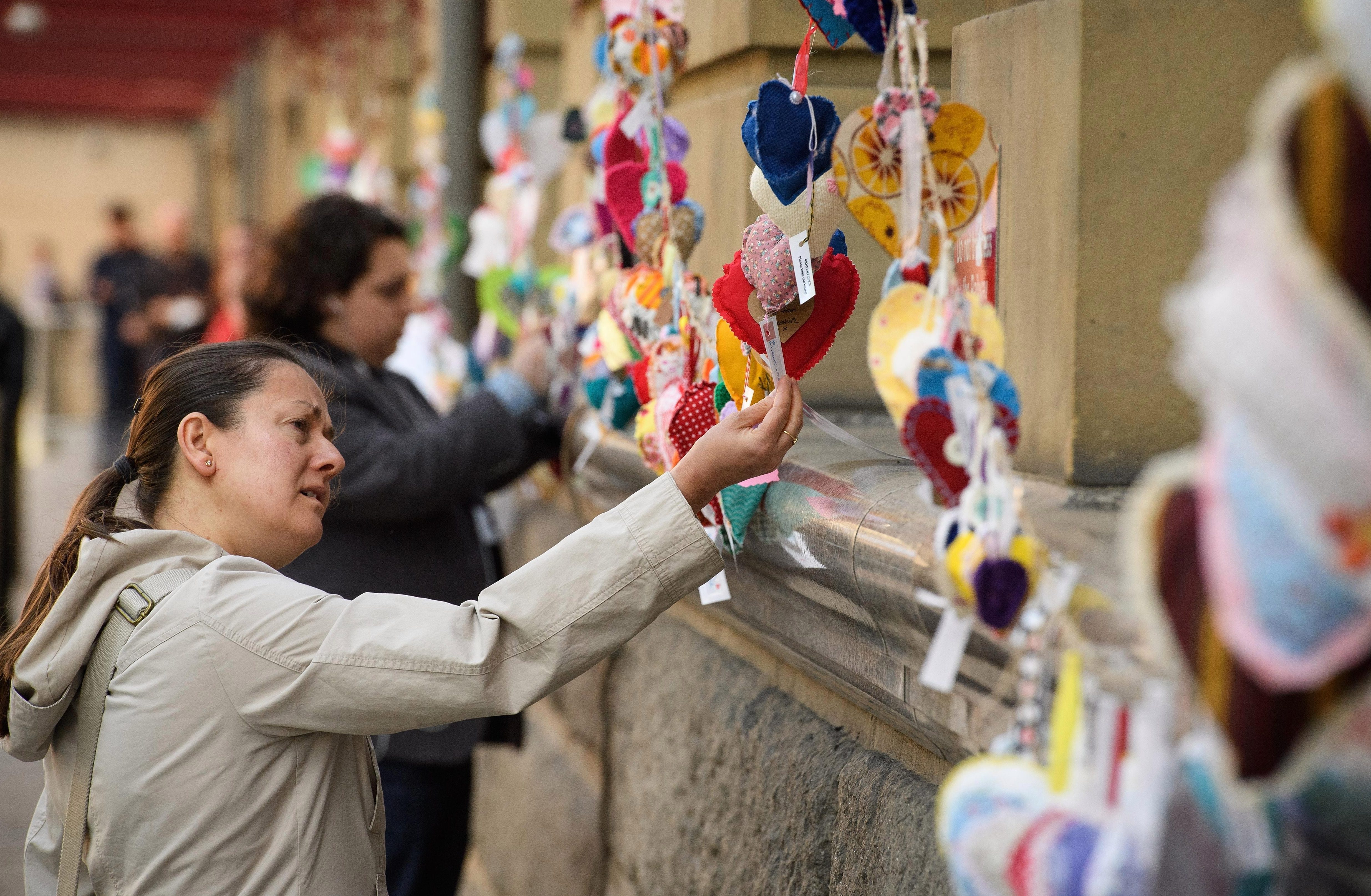 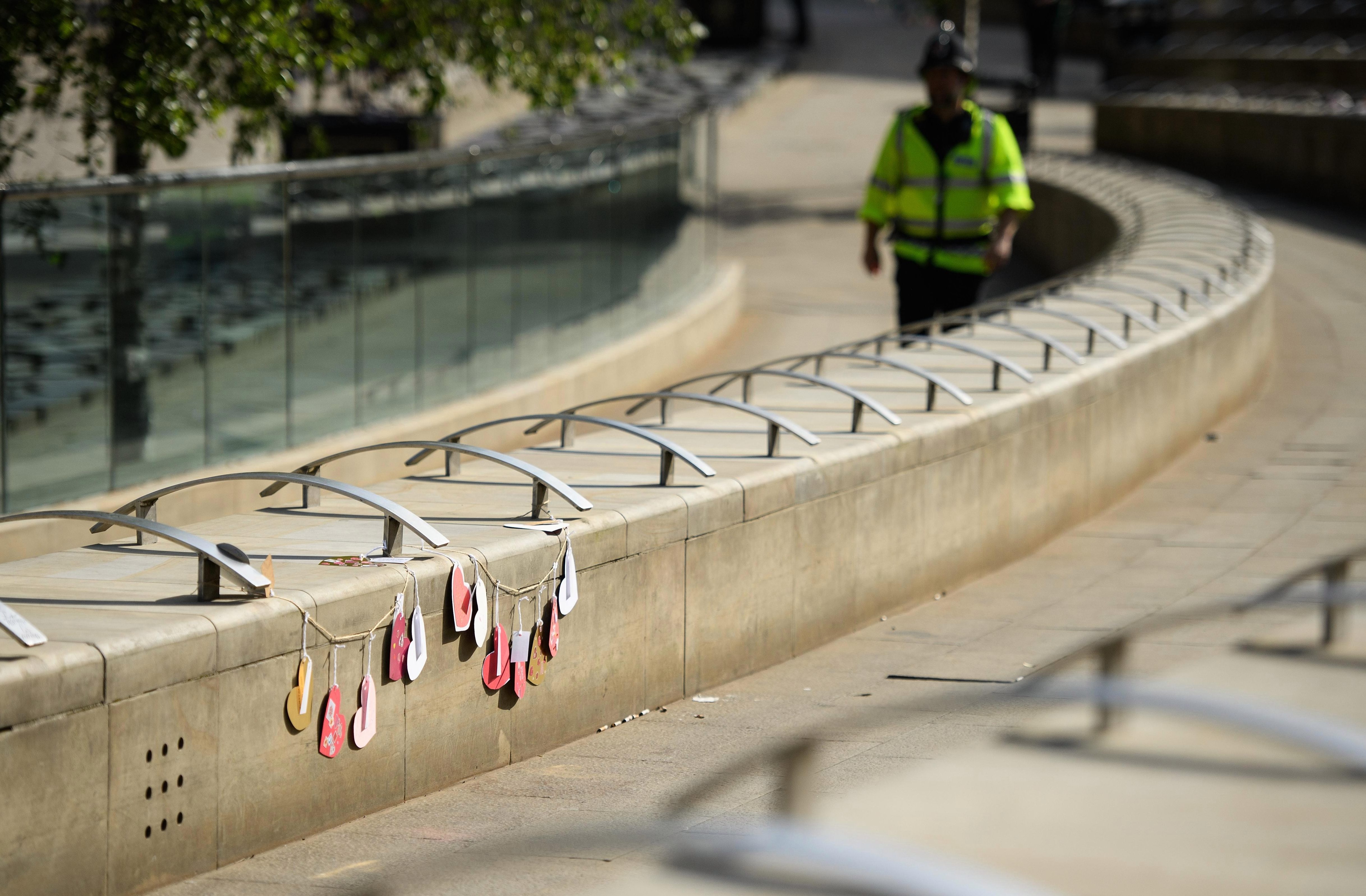 Many of the hearts have been sorted and strung up across the city, while others have notes urging people to take them home.

The hearts have been made of all sorts of materials – from cloth and paper to cardboard and wood.

A minute's silence will also be held in Manchester today, in memory for the victims of the bombing attack.

Twenty-two people died in the attack after an Ariana Grande concert at the Manchester Arena.

Survivors have today spoken out, with many left traumatised by the bombing.

A service will be held in Manchester Cathedral to mark the atrocity and pay tribute to those killed.

The Duke of Cambridge and Prime Minister Theresa May will be among those attending the service of remembrance.

They will join families of the victims of the suicide bombing, the injured, the first responders to the scene as well as civic leaders and other national figures.