Marches were staged in London, Cardiff, Edinburgh and Belfast. 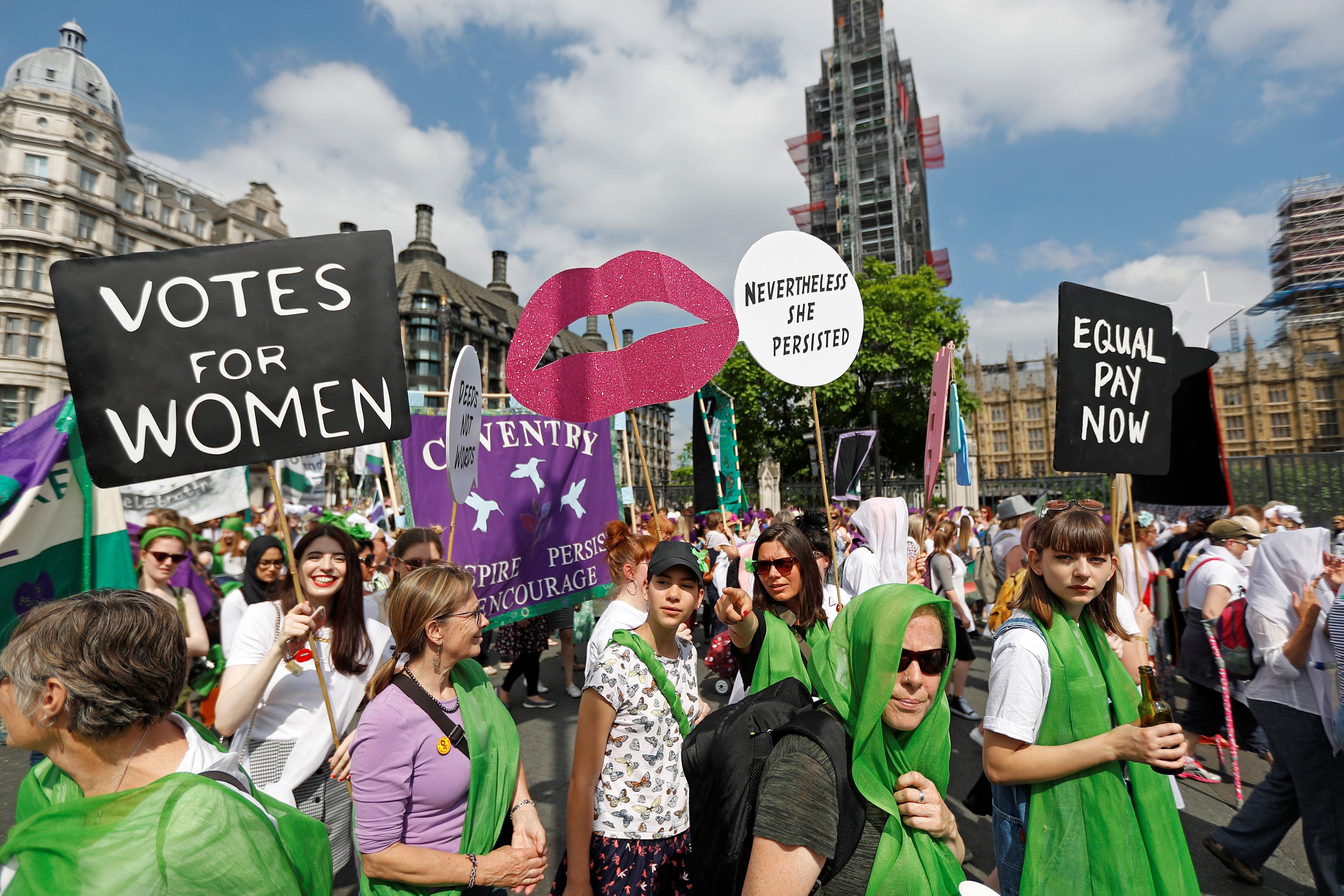 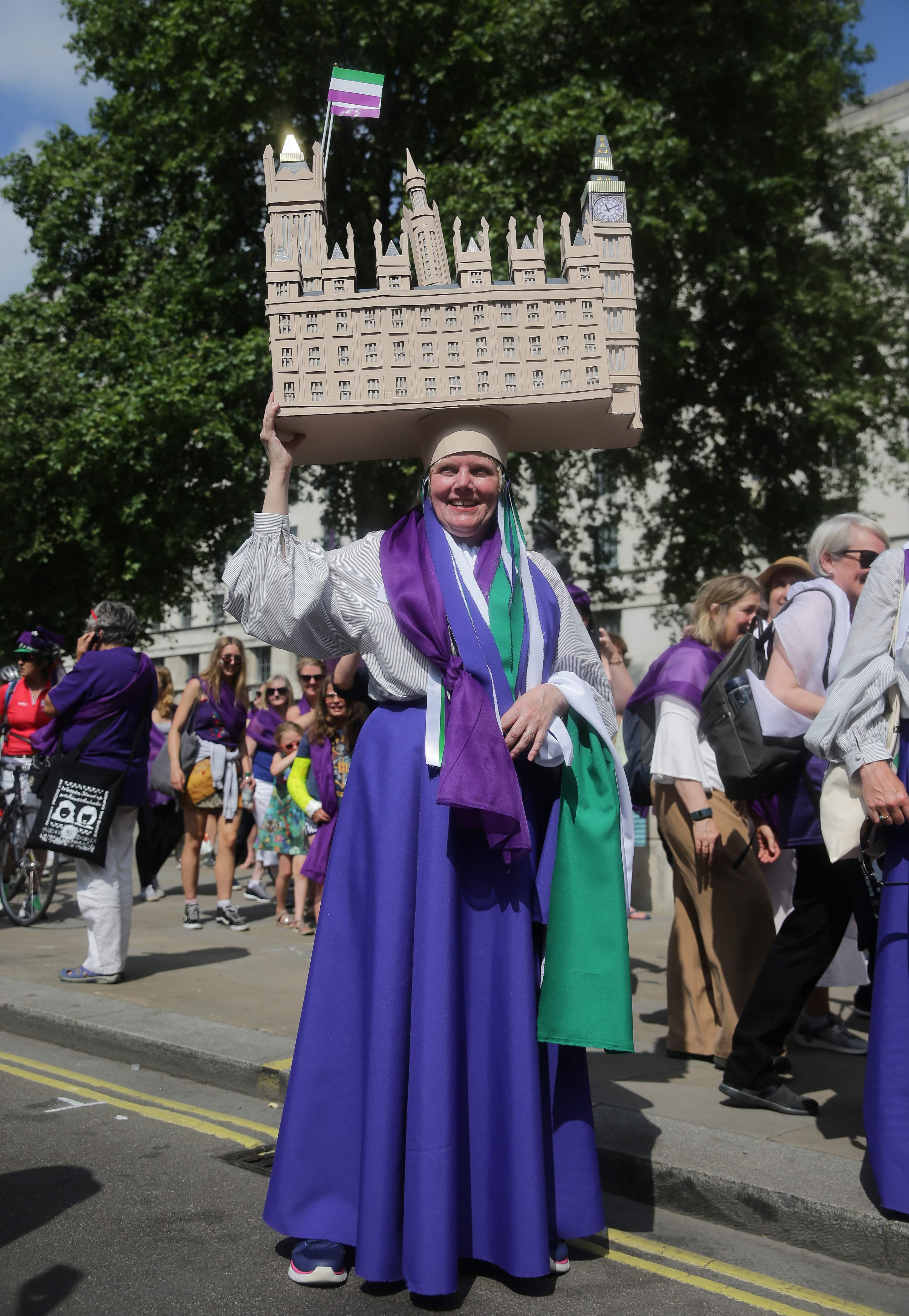 Women also wore purple, white and green, the colours of the suffragette movement.

Among the handmade banners and period costumes was a cutout of Parliament, which accompanied womens groups from all over the country.

Organisers said the march, dubbed "Processions", was to celebrate "the fight for suffrage and expresses what it means to be a woman today".

Helen Shah, 42, said: "We came because we wanted our children to understand what happened 100 years ago and that they can't take for granted all the things they have now. 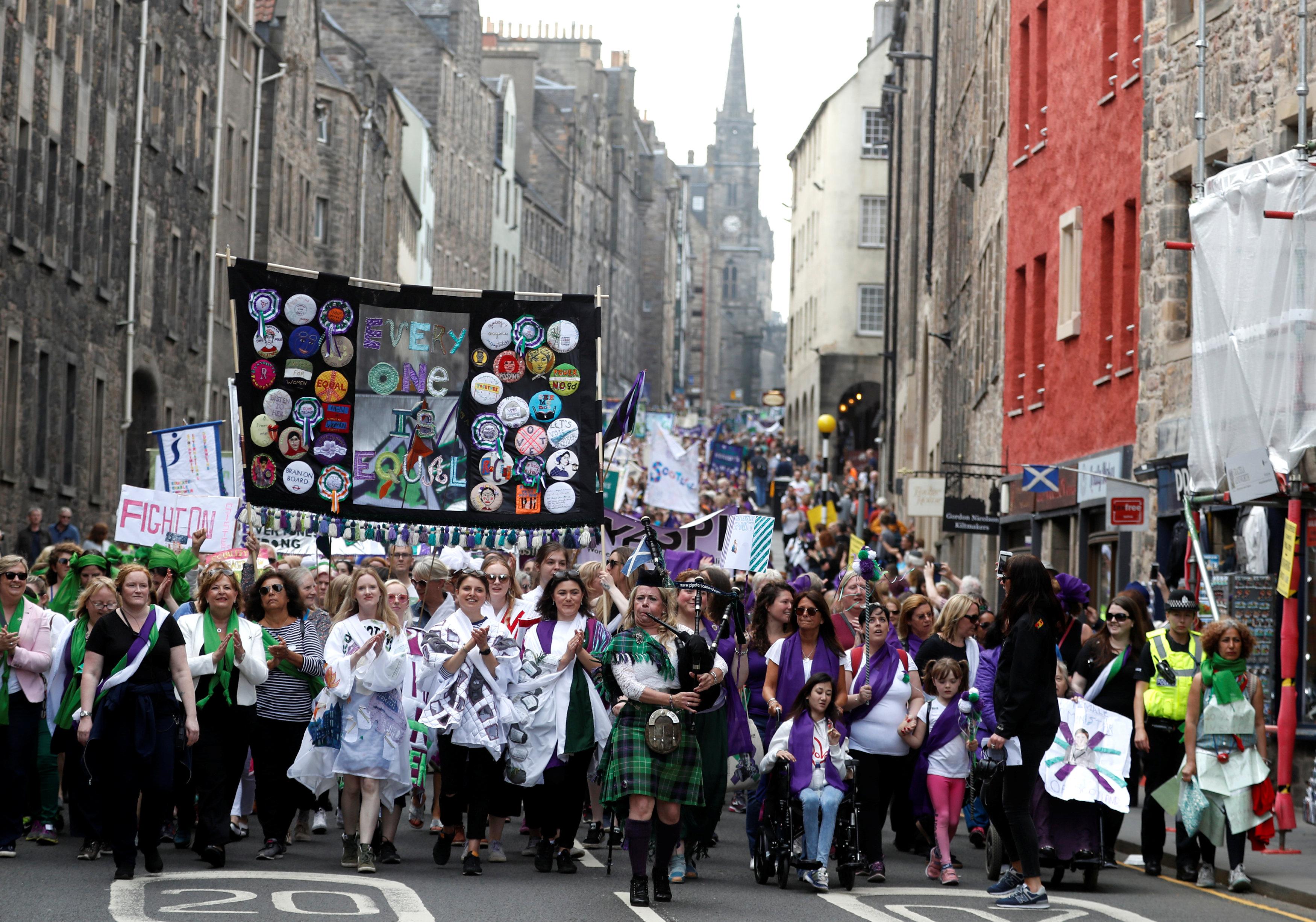 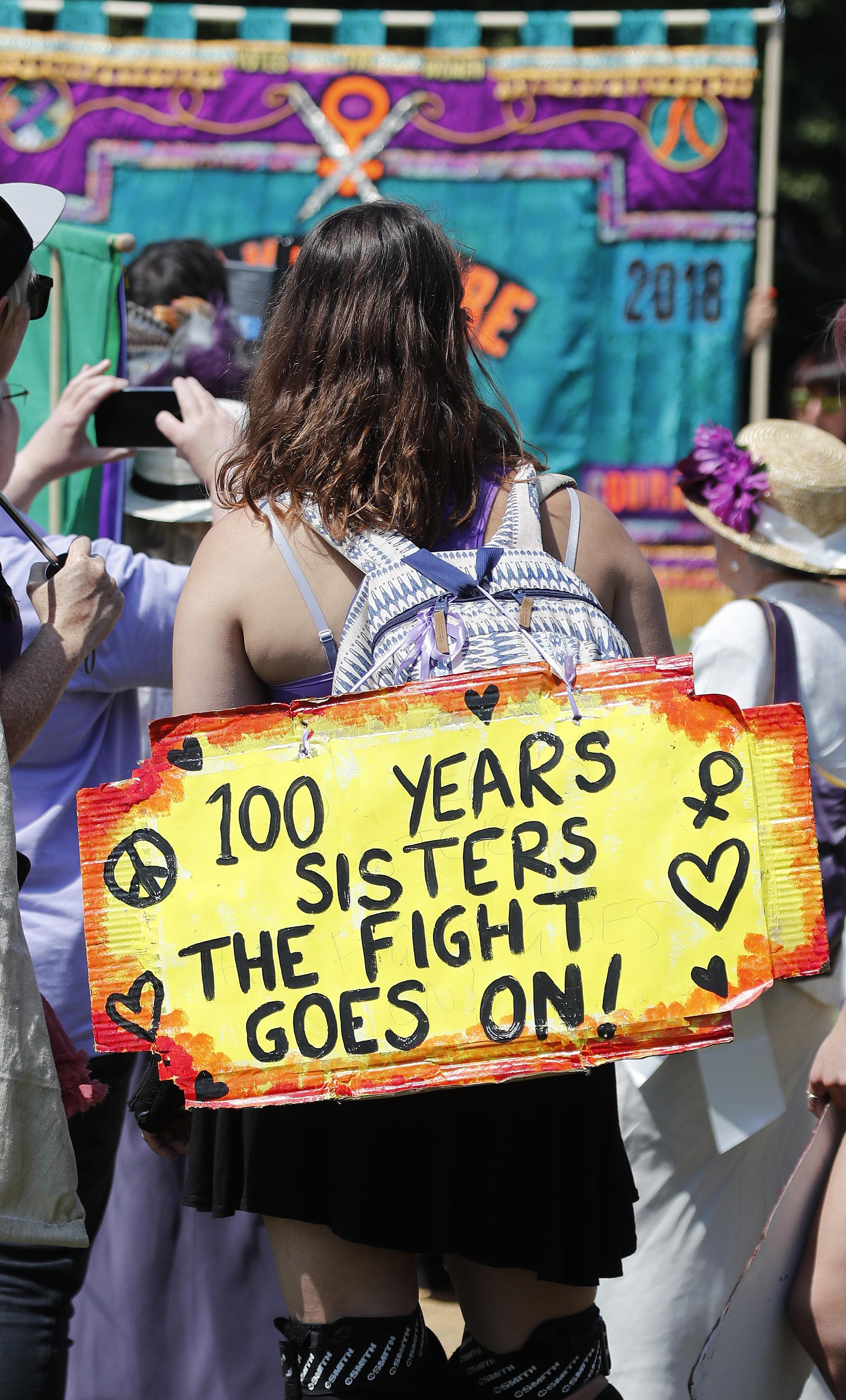 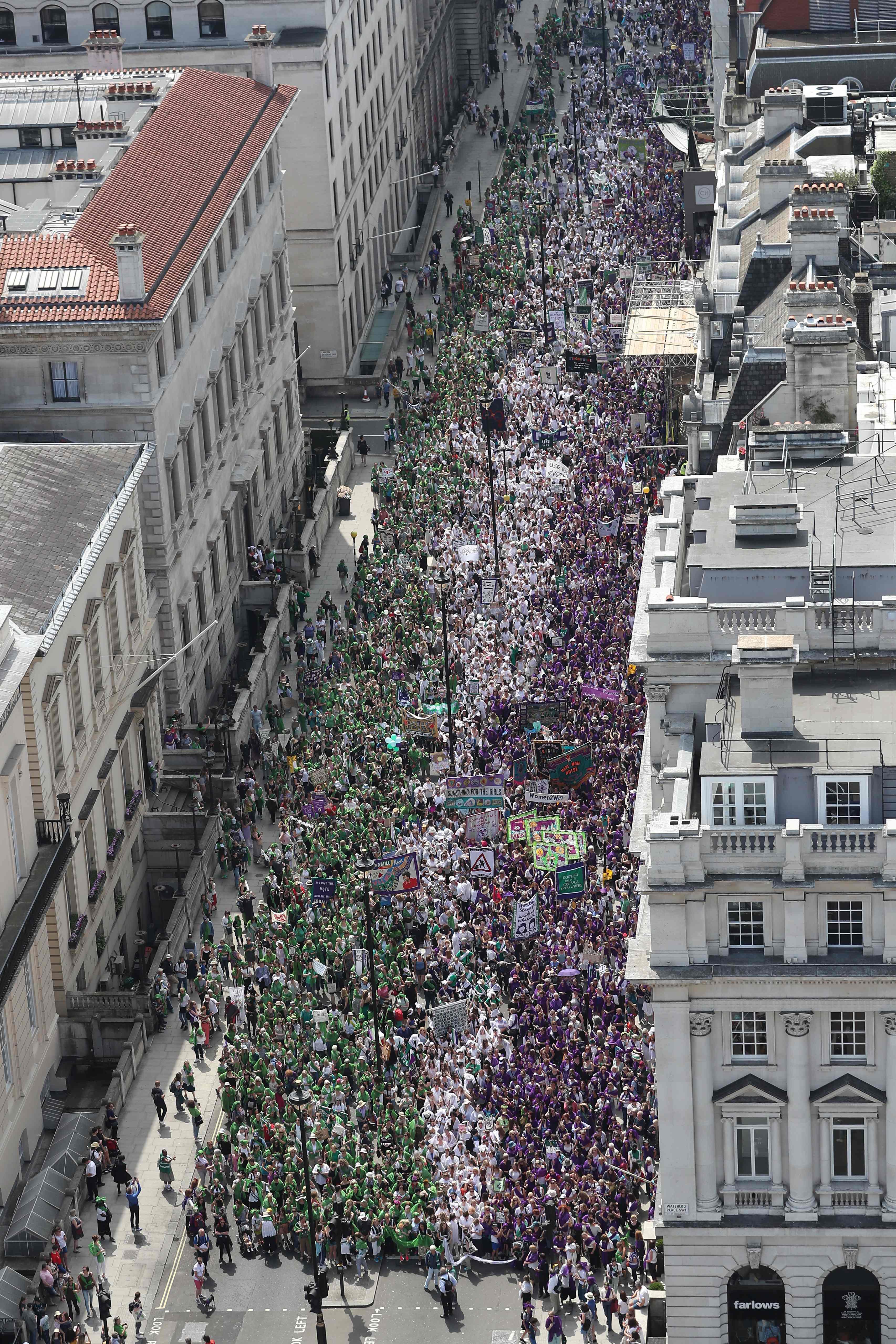 "My daughter, she loves science, she loves cricket – the things women fought for."

She added: "You can read books but taking part in something like this is so much better."

Ms Bolton said: "It's an opportunity to support freedom for all women." 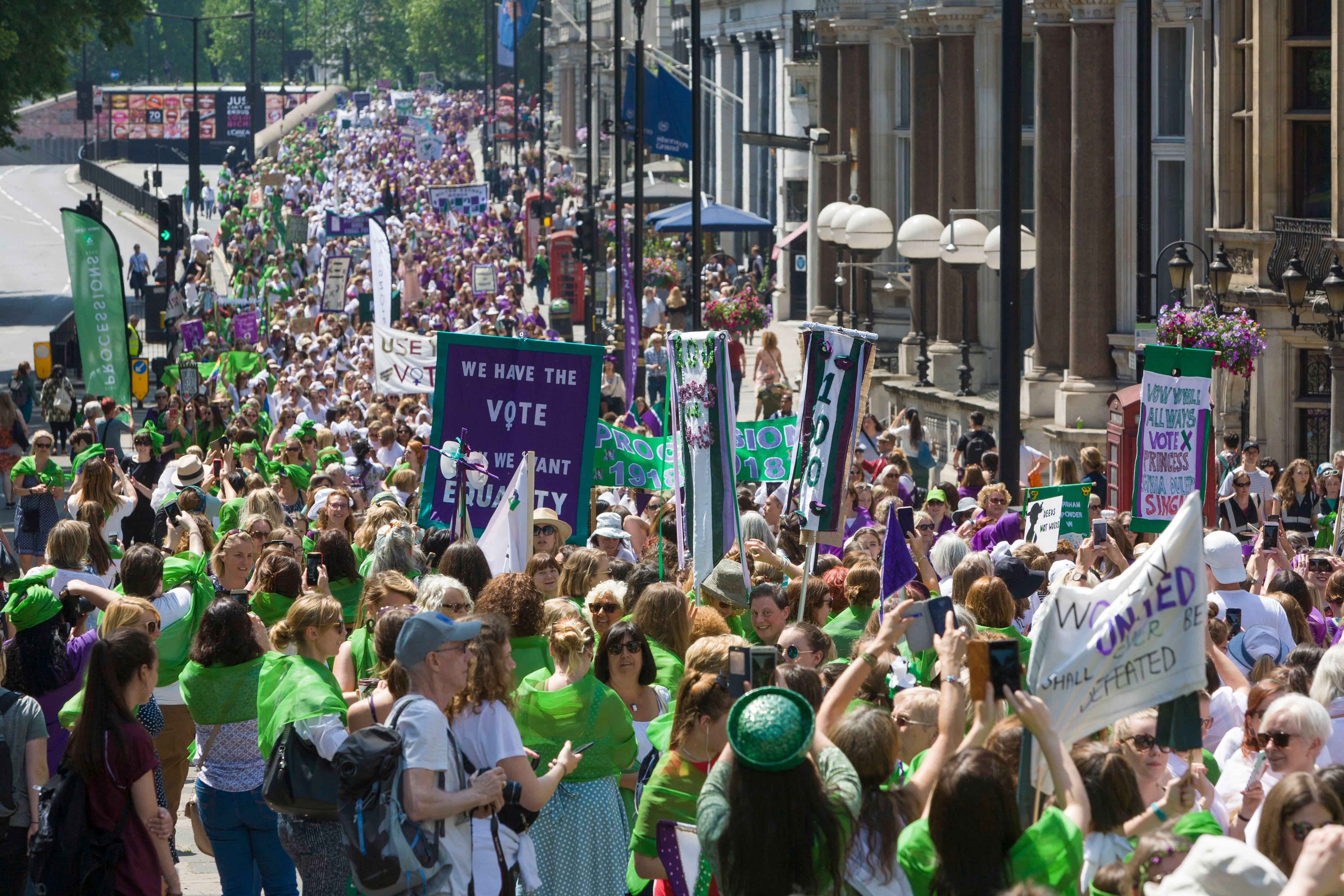 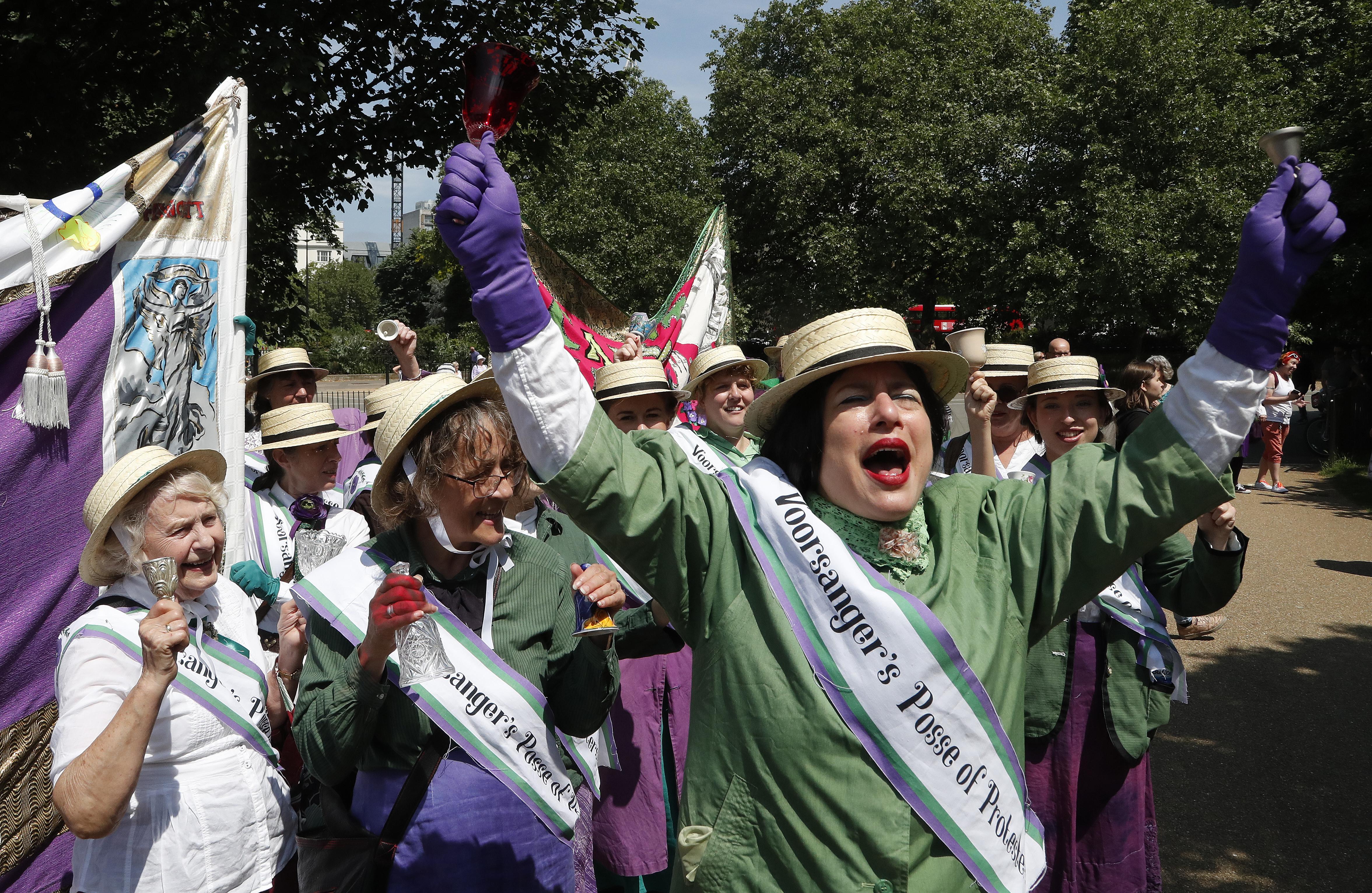 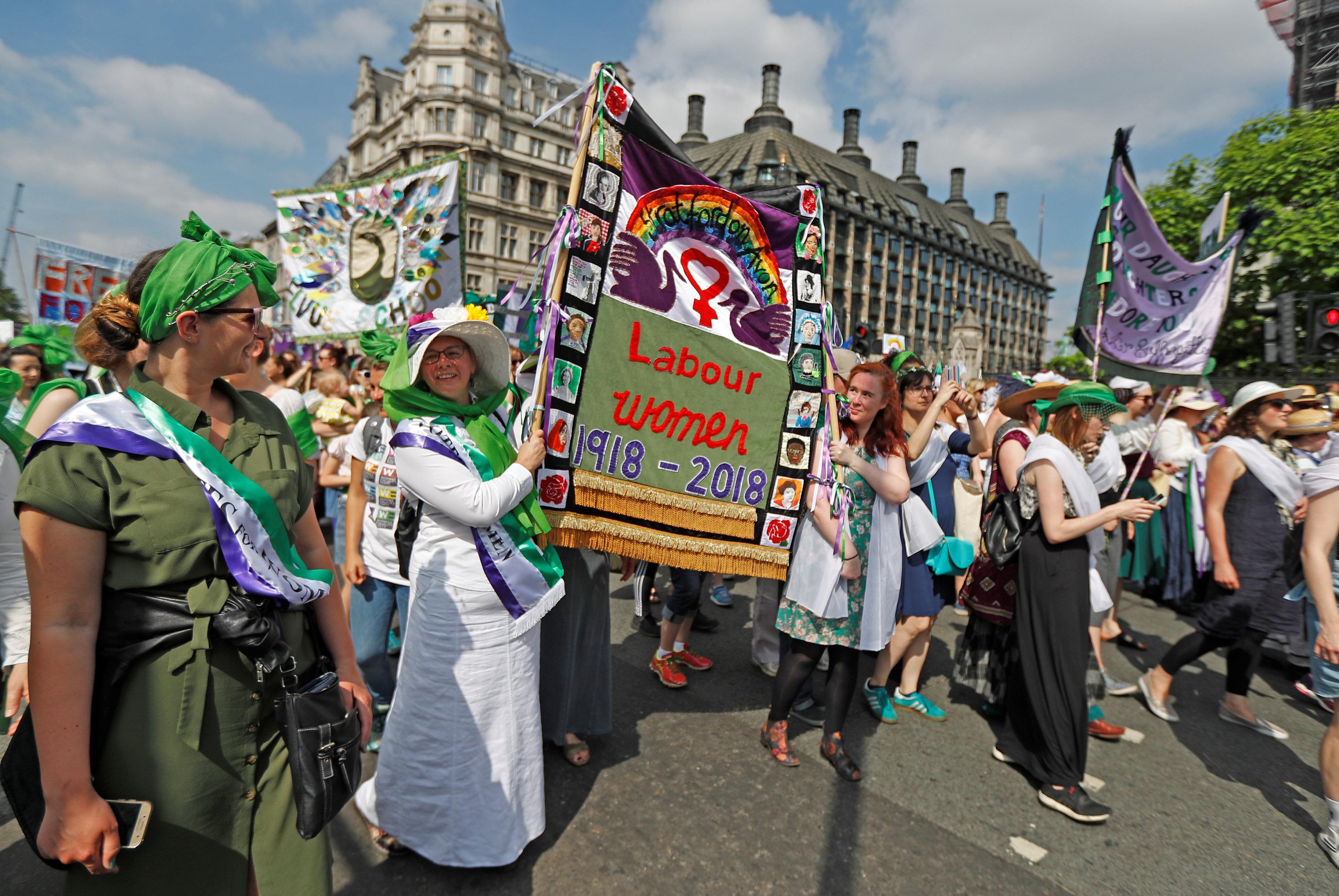 Ms Ahmadzadeh added: "We want to carry on what those women were fighting for 100 years ago."

Parliament initially granted the vote to women over 30 who were householders, the wives of householders, graduates or those who lived in property with rents of more than £5 a year in 1918 after decades of campaigning by women's groups and in the aftermath of the First World War.