THOUSANDS of cars formed a miles-long line at a Dallas food bank as COVID-19 unemployment continues to cripple Texas.

On Tuesday, Fair Park in Dallas County held its fourth food drive since the coronavirus hit in March – but this one was its first first mega distribution event. 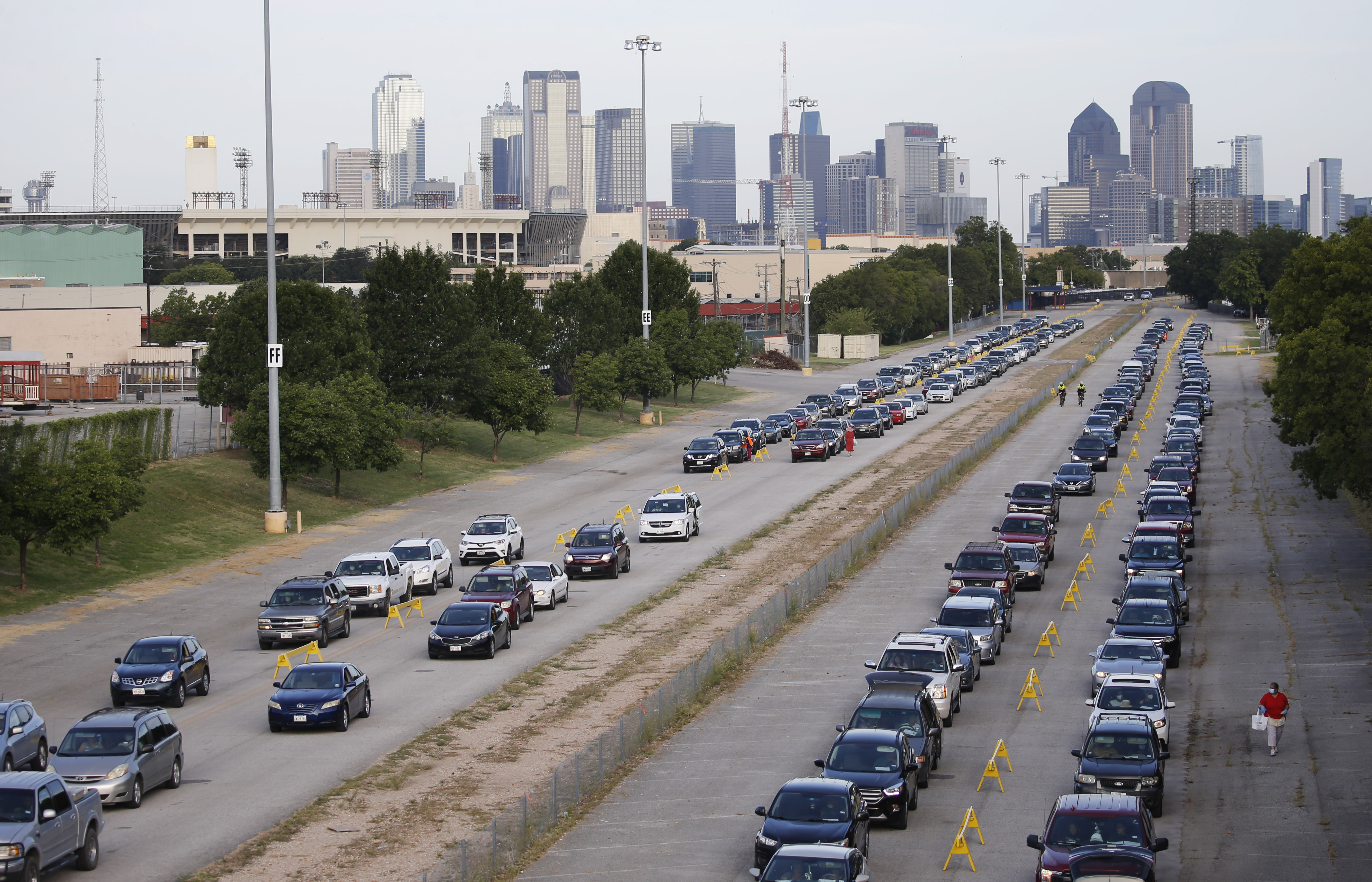 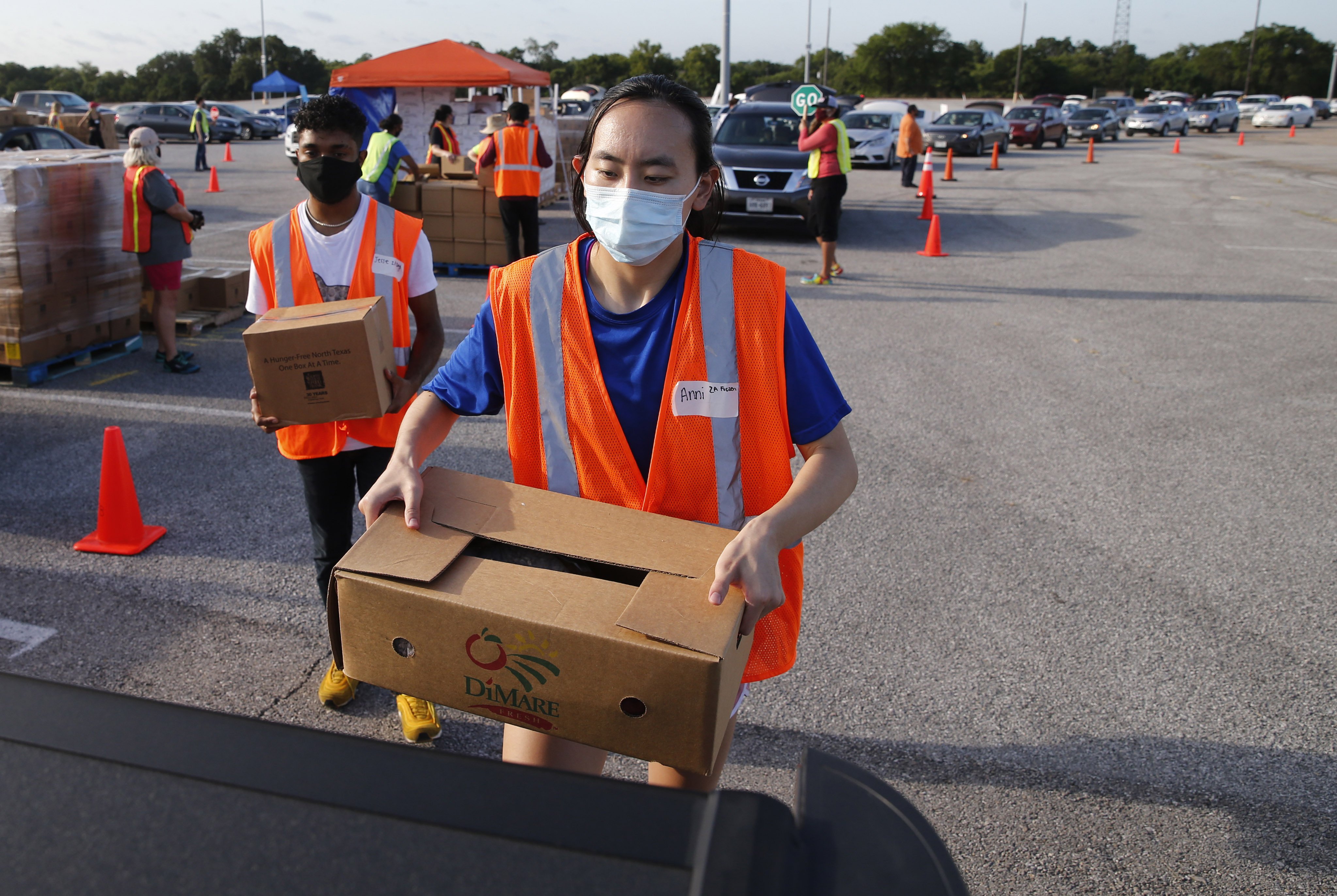 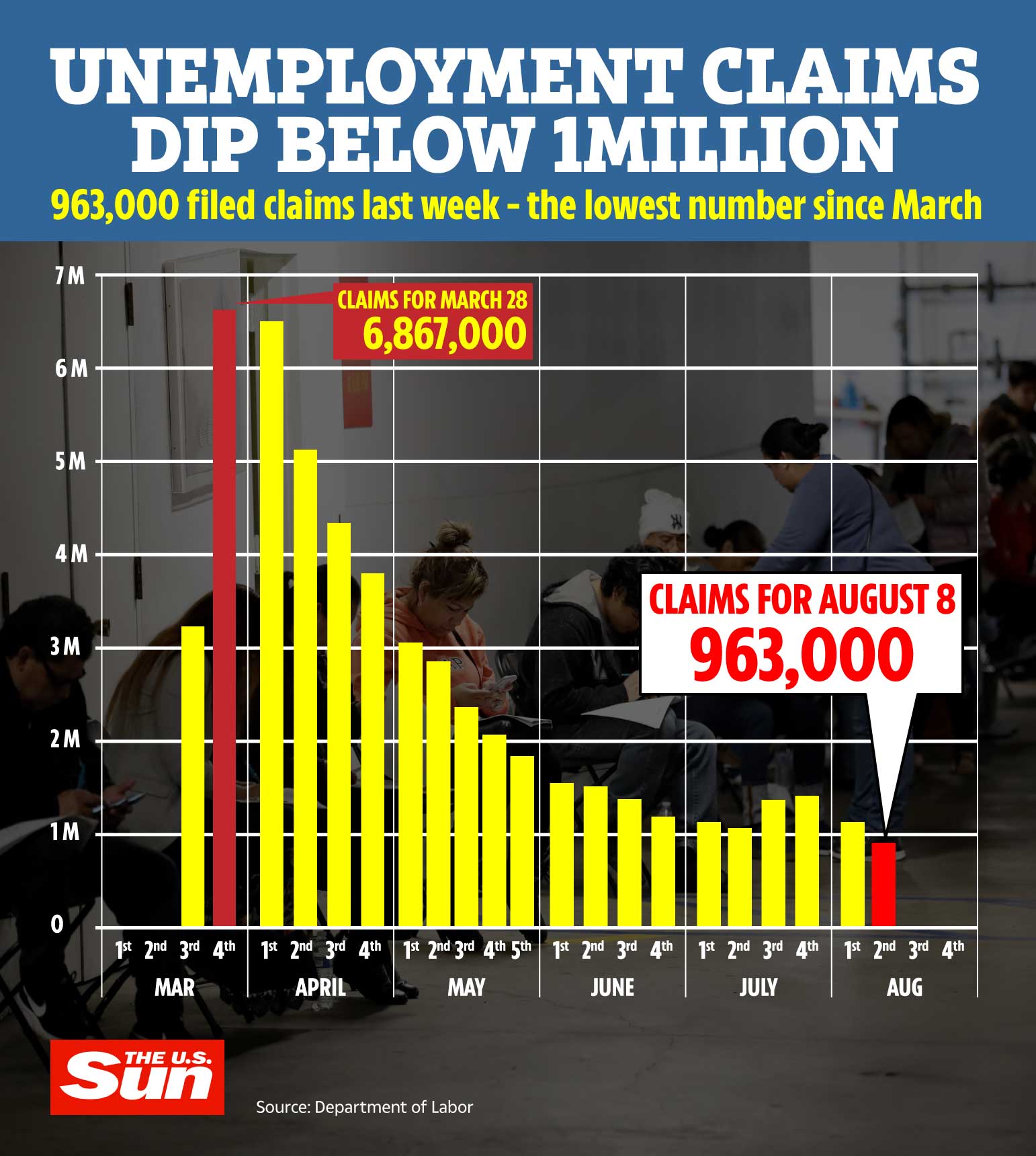 Recipients traveled from the opposite side of the state to reach North Texas Food Bank, where a whopping 1,710 families were fed, reported CBS Dallas.

Cars were pictured weaving through parking lots where more than 90 volunteers, like Anni Fan of Allen and Jesse Alonzo from Dallas, distributed 10,000 boxes.

They worked to feed 8,000 people and recipients had to fill out a short form listing their income.

Almost 30 million Americans said that at some point before July 21 they didn't have enough to eat, according to a census of 249 million respondents.

About 5.4 million said said they "often" didn't have enough to eat amid 28 million unemployment claims, in the survey last month.

Desperate people joined the food bank queues before dawn and hours before it was due to open, offering dairy, canned food, noodles, spaghetti sauce, peanut butter, rice, and trail mix.

"If it wasn't for this, we'd probably go hungry," said Richard Archer, who came with his daughter.

"With unemployment benefits cut, her husband's been laid off for three months. So, it's just been a struggle. If it wasn't for church, and food giveaways, the kids would be going hungry." 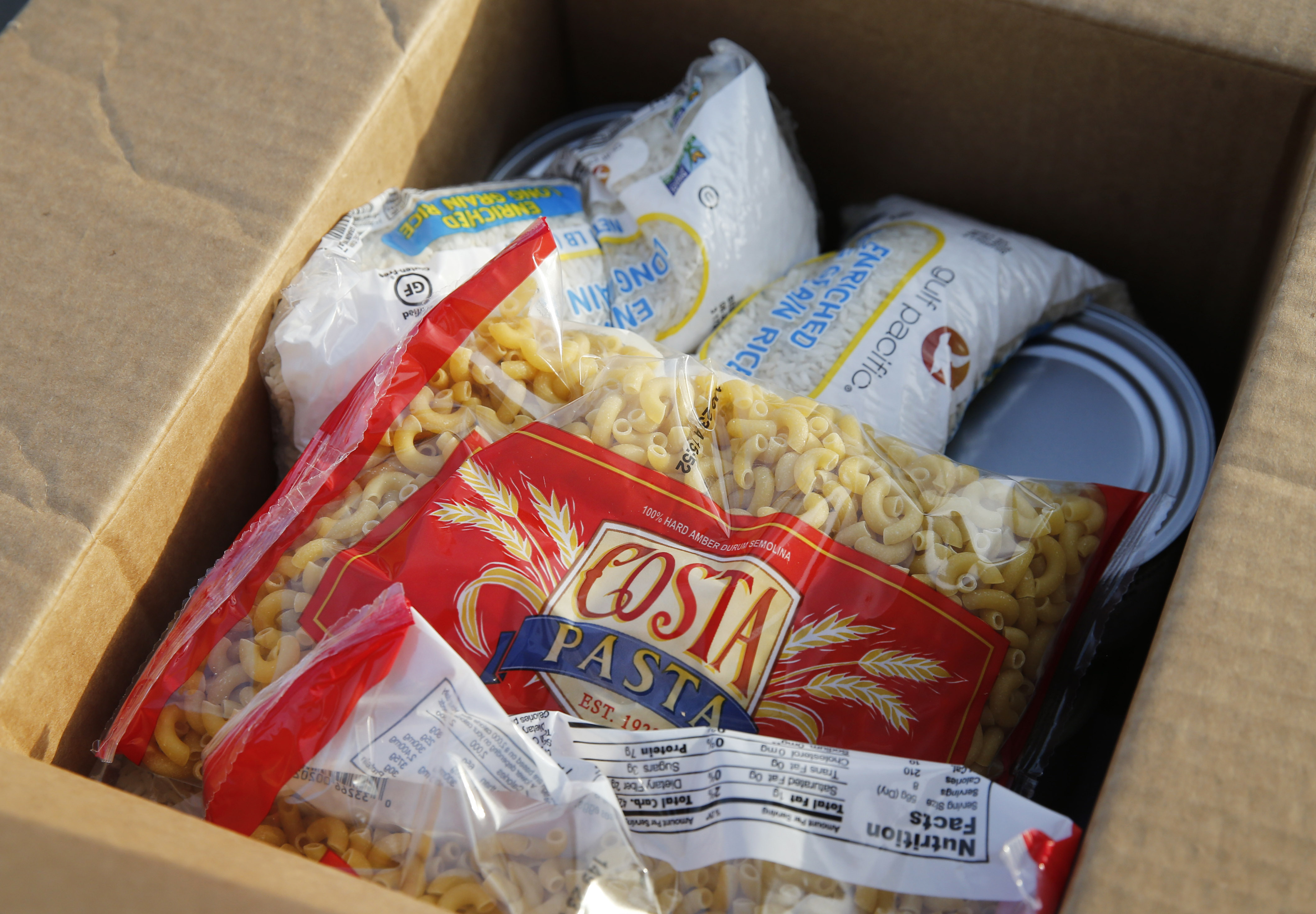 'There's times I open the refrigerator and there's little there," agreed another recipient Diana King. "We make do with what we have and we make it stretch.

The Lone Star State is below the national rate of 11.1 percent for unemployment with an 8.6 percent decrease in June after adding 243,900 private sector positions a month before.

He said growth in the third quarter should be 20 percent or more during a virtual conference hosted by the Council of the Americas.

'The economy is rebounding, it looks like a V-shaped recovery and the recent news now is even better than it was a month ago," Kudlow said.

But food bank organizers said they ultimately haven't seen a decrease in the need for nutritious food. 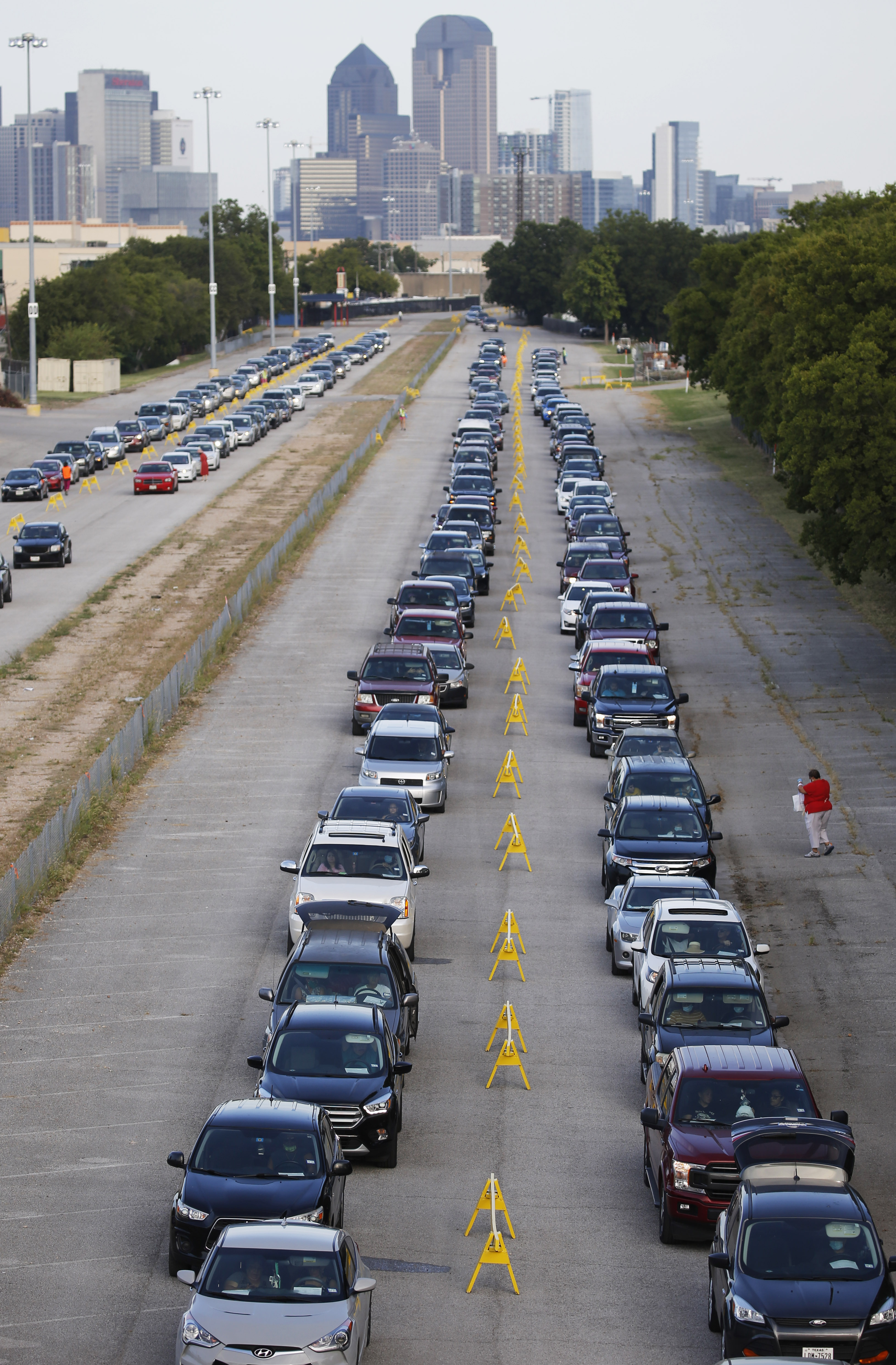 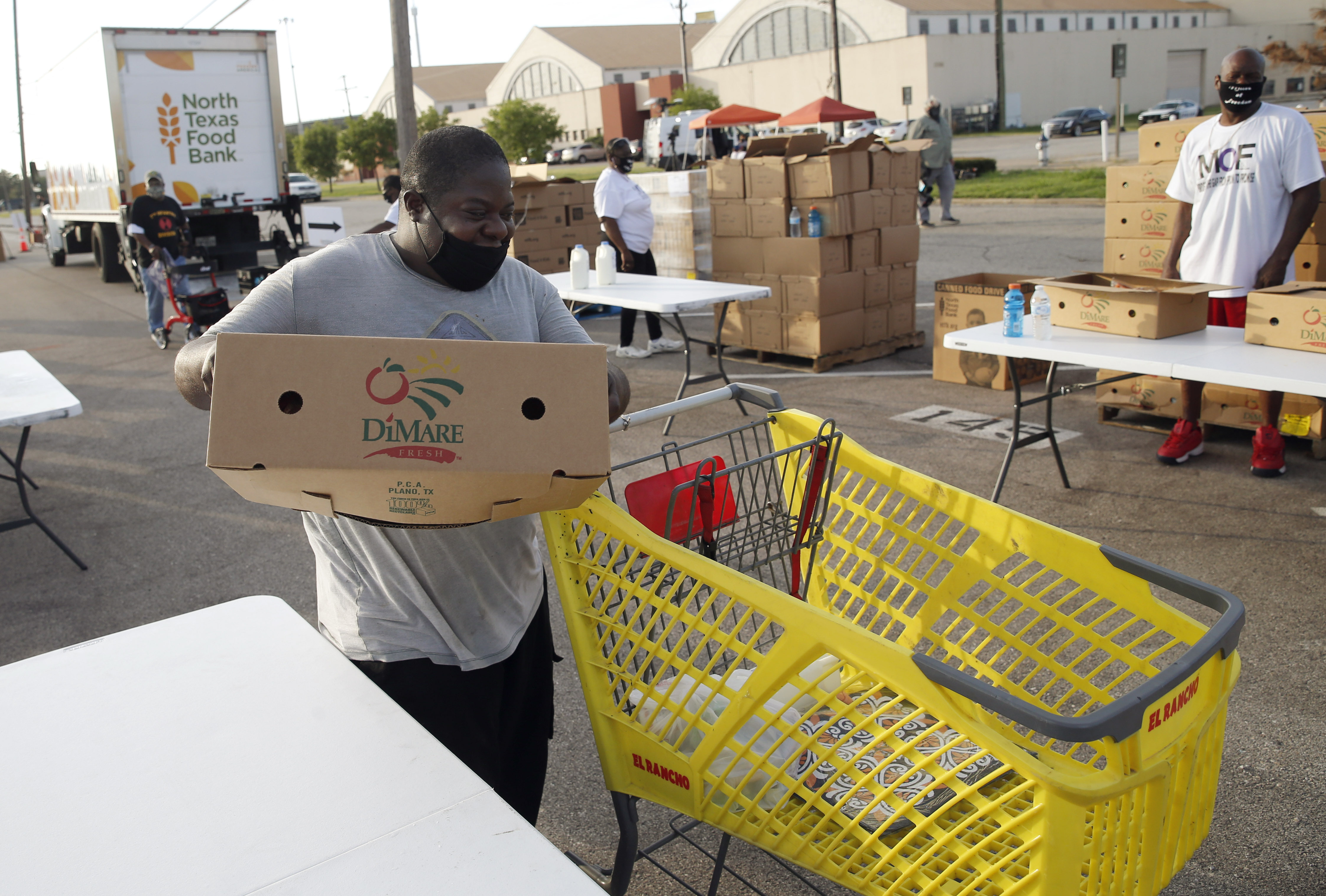 "When stimulus checks hit, we saw a decrease," said Valerie Hawthorne, the Director of Governmental Relations with the North Texas Food Bank. "But with unemployment insurance benefits running out, we've seen the need increase.

Feeding America said food insecurity will get worse as the organization predicts the figure will hit 54.3 million by July 2021.

The organization has estimated that a shocking one in six Americans could face hunger as a result of the COVID crisis.

"More people than ever before are visiting food banks and many of them are getting help for the first time," Feeding America notes on its site.

More people than ever before are visiting food banks.

"Our neighbors who previously had stable incomes have now lost jobs or had their hours cut back."

But testing there plummeted to its lowest level since June.

There have been less than 35,000 new tests taken on Wednesday, the same day 6,200 new cases were reported.

At its peak in mid-July, there were several days when Texas experienced than 10,000 new cases. 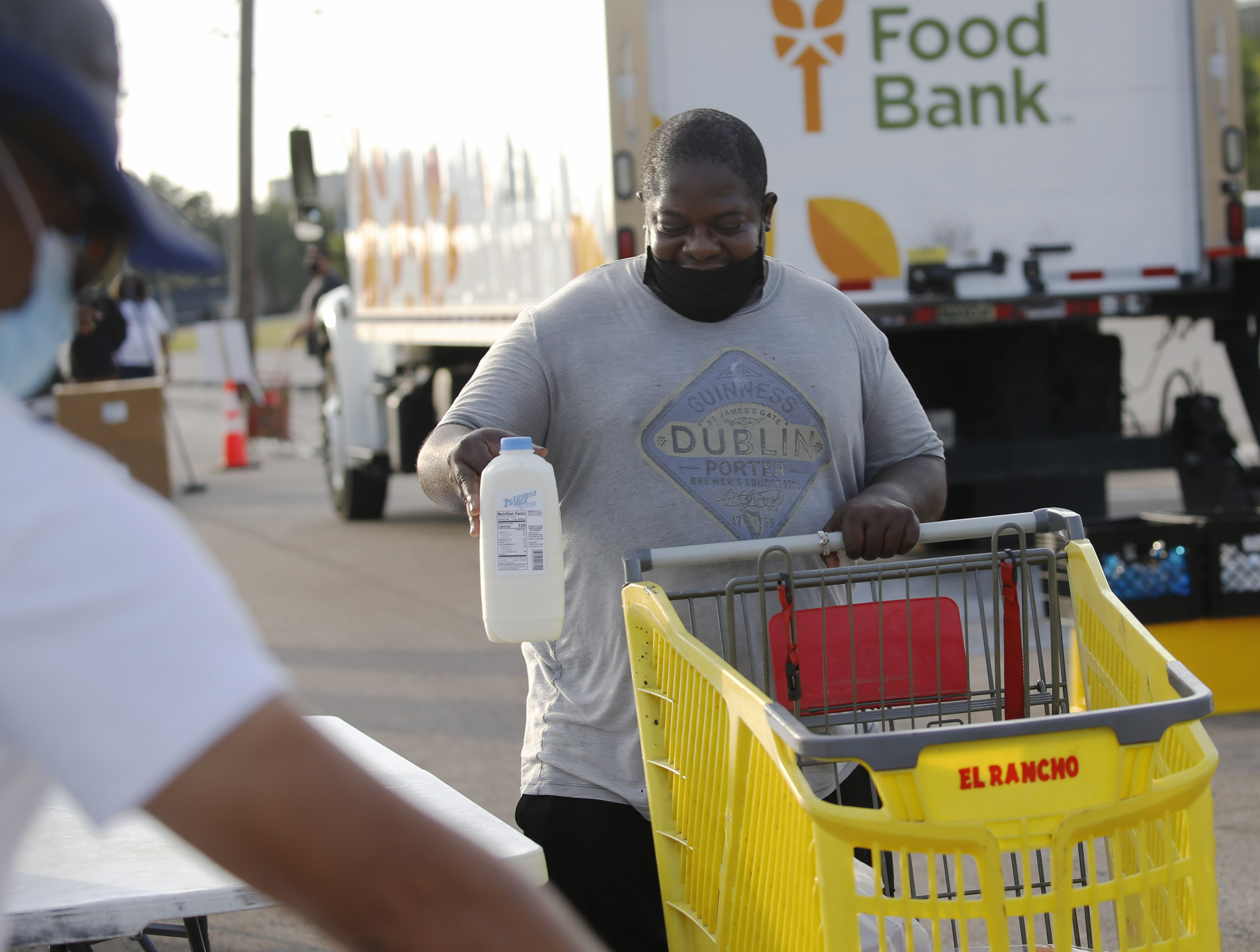