Thousands of Hong Kong pro-democracy protesters were forced to flee as riot police released tear gas in a park and upmarket shopping district.

In the 22nd consecutive weekend of unrest, protesters met in Victoria Park to show their disdain for the Hong Kong government who they say are under China’s thumb.

What started out as a peaceful protest turned into campaigners fleeing as riot police released tear gas in the park and outside in Causeway Bay, where luxury malls and shops line the roads. 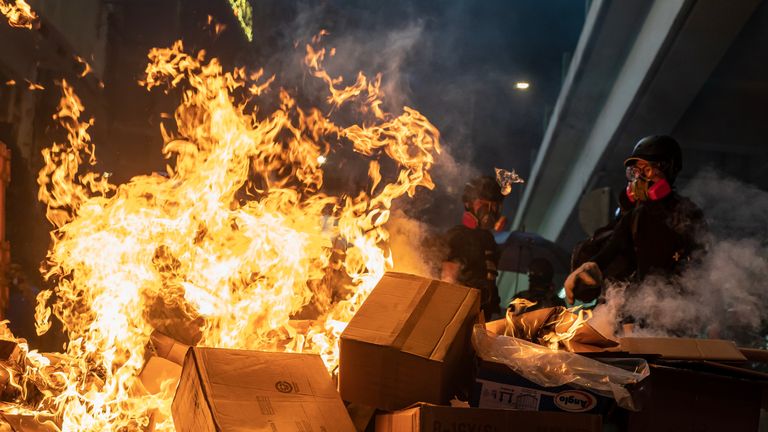 Police also deployed at least two water cannon nearby after warning protesters they were attending an unauthorised rally and violating a government ban on masks.

Some protesters had dug up a goal post from a football field in the park and placed it across the park’s entrance with some metal railings. 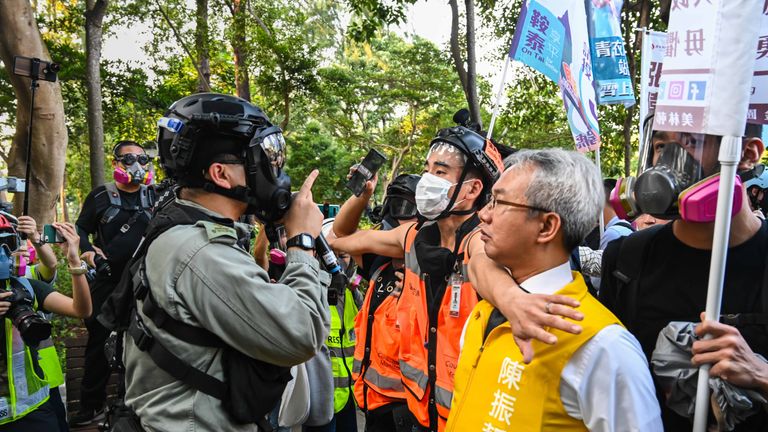 Local media showed a fire in the lobby of the office, with shattered windows and graffiti sprawled over the wall.

Protesters have been targeting Chinese banks and businesses with links to the mainland as anger builds up against Beijing.

They have accused the Chinese government of infringing on the freedoms guaranteed when Britain returned Hong Kong to China in 1997.

Across the world, 45 other cities, from London to Rio de Janeiro, in 17 countries held rallies in solidarity with Hong Kong on Saturday. The protests have rocked Hong Kong, plunging the top financial hub into recession for the first time in a decade as the government refuses to back down on requests from protesters, and vice versa.

More than 3,000 people have been detained over the last five and a half months, with Beijing saying on Friday it will prevent foreign powers from sowing acts of “separatism, subversion, infiltration and sabotage” in Hong Kong.