Three people are dead, a fourth person is in critical condition and the suspected shooter is at large after gunfire erupted Sunday night at a Texas convenience store, authorities said.

Officers responded to the scene in Garland, northeast of Dallas, just after 7:30 p.m., according to the police department in the suburban city.

They found four males inside the store who had been shot. Three were pronounced dead at the scene, while the fourth victim was taken to a hospital, Garland police said in a statement.

Surveillance video retrieved from the store showed all four of those shot inside the shop. The video then showed a "light-skinned male exit a white Dodge 4-door pickup truck, open the front doors of the convenience store, and begin firing a gun, striking the victims," according to the statement.

Download the NBC News app for breaking news and politics

He could be seen getting back into the white truck on the passenger side before the truck took off, fleeing the scene "at a high rate of speed," police said. 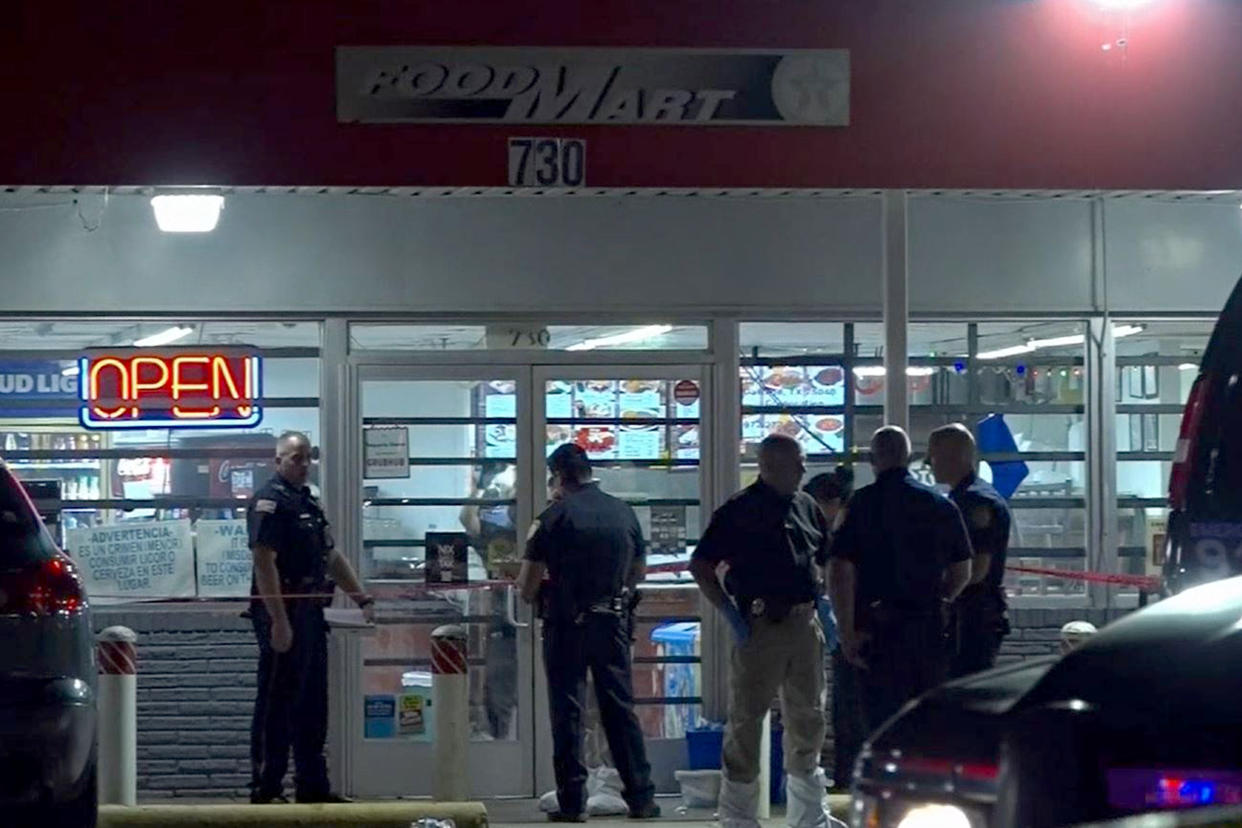 The suspect was last seen wearing a baseball hat, a blue surgical face mask and dark-colored athletic shorts. He was not wearing a shirt, according to police.

As of early Monday morning, he had not been found.

The department said the identities of the victims were not being released at this time.

"The investigation remains active and detectives are still trying to determine what led to the shooting," police said, urging anyone with information to call the Garland Police Department at 972-485-4840. Tipsters can also file their reports anonymously by calling Garland Crime Stoppers at 972-272-8477 (TIPS).

A reward of up to $5,000 is being offered for any information that leads to the identity and arrest of the suspect.