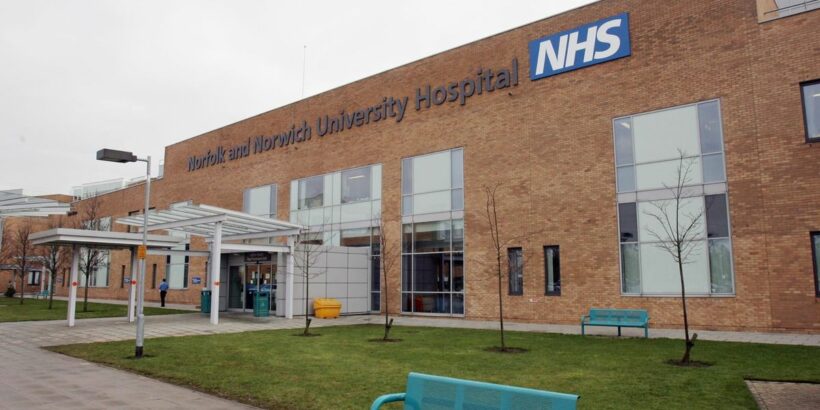 An RAF veteran says he was "mutilated" by an NHS surgeon after going into hospital for a routine procedure, it has been reported.

Paul Tooth, 64, now needs to permanently have tubes going in and out of his body to continually recycle bile produced by his liver after going into the Norfolk & Norwich University Hospital for a gall bladder removal, the Independent reports.

But Paul’s bile duct and hepatic duct, which link the liver to the intestines, were removed during the operation, which also left him with damage to his liver.

He says he's now lost five stone in weight and can barely leave his house following the botched op last year and may now need a liver transplant.

Mr Tooth, a former aircraft engineer for the RAF, told The Independent: "As soon as I woke up, I knew something was wrong. I was in agony. This was just off the scale in terms of pain. They asked me to rate it out of 10 and I said 25."

After complaining of pain, Tooth was taken back to surgery, but told: "Everything appeared normal."

More than a week later he was told he had suffered an injury and was transferred to Addenbrookes Hospital where he then remained for six weeks.

He said: "My liver is ruined. I have one drain which removes the bile and collects it in a bag. To eat anything, I have to empty that bile into a machine and recycle it back through a tube that goes down the back of my throat, through my stomach, and into the intestines.

"I have been doing this constantly since last March, having to drain the bag every four to five hours. It means I can never get a full night’s sleep, and this is how it will be for the foreseeable future, if not for the rest of my life."

The Norfolk and Norwich trust has now admitted liability for the errors and standard of care Paul received.

In October, the trust’s medical director Professor Erika Denton revealed she had asked the Royal College of Surgeons to carry out a review "in light of the knowledge of three cases of potentially serious concern involving the same surgeon".

She also confirmed all of the surgeries had taken place within a five-day period.

In a statement to the Independent, Professor Denton said: "We have fully investigated the surgery Tooth received while under our care and have since changed and strengthened our surgery processes to ensure that this will not happen again."

The trust said the surgeon was now carrying out similar surgeries under supervision and all actions and learning from a review carried out by the Royal College of Surgeons had been fully implemented.