Criminals have been making guns at a ‘large-scale, sophisticated’ weapons factory hidden on an industrial estate in a Sussex market town, it emerged today.

The gun factory was uncovered in a warehouse describing itself as a gearbox repair business on an industrial estate in Hailsham, East Sussex.

Officers from the National Crime Agency (NCA), often described as Britain’s FBI, heard the sound of gunshots coming from the building before they arrested three men earlier this week. 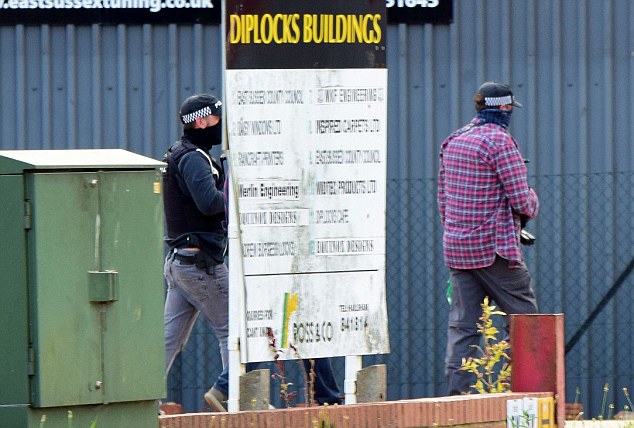 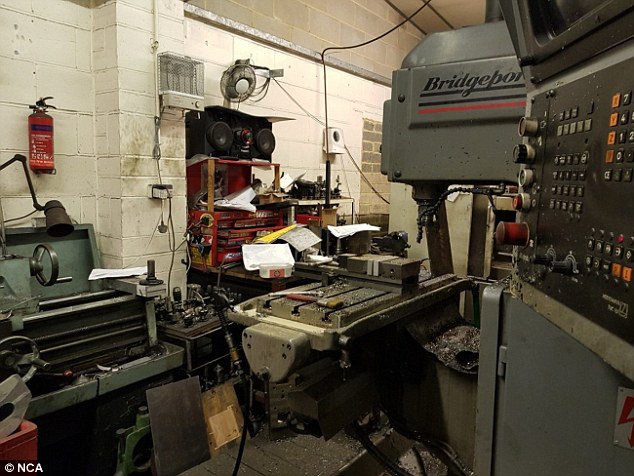 This picture shows the inside of the Hailsham gun factory, hidden on an industrial estate

The NCA said one of the men was tasered during the raid, since which a forensic search of the site has been carried out.

The organisation’s Rob Hickinbottom said officers have found around 30 firearms in different stages of production, as well as templates and metal thought to be used to manufacture guns.

He added that his officers believed they have disrupted a group which would have put lethal weapons in the hands of criminals and gangs.

Mr Hickinbottom said he understood that residents of the rural town would be shocked by the discovery, but said criminals seek out quiet industrial units to produce illegal weapons. 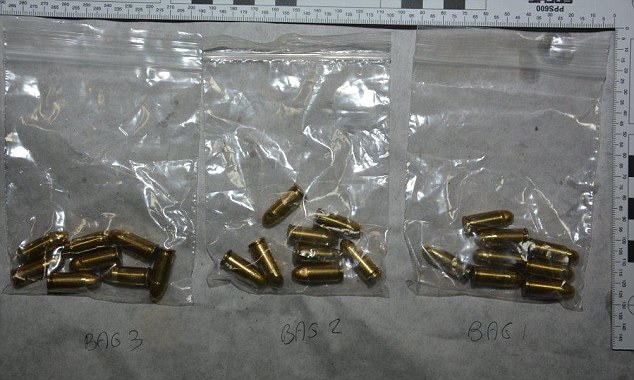 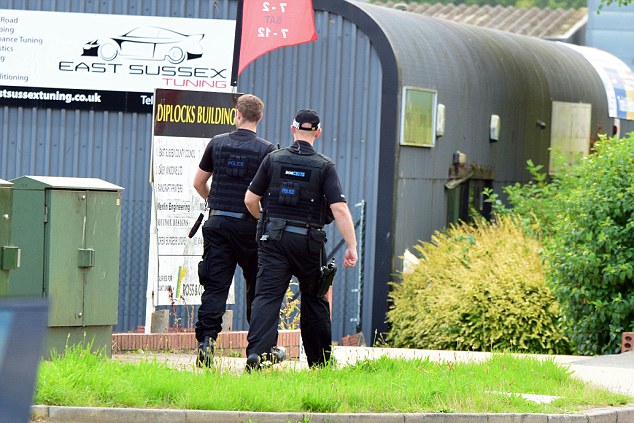 Police have been at the site ever since, and confirmed they have also raided other properties

Mr Hickinbottom said: ‘Our investigation is continuing, and much of what we have discovered at this location will now be the subject of careful forensic analysis.

‘We suspect that this operation has disrupted a group that would appear to be involved in the criminal production of firearms.

‘As a result we have prevented a potentially large quantity of weapons from getting onto the black market and into the hands of criminals.

‘I would also like to recognise the superb support and assistance we have had from Sussex Police throughout this operation – their contribution to this investigation has been and will continue to be crucial to its success.’ 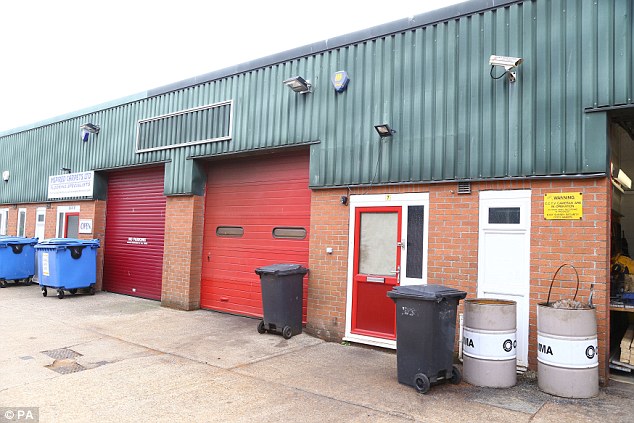 Greg Akehurst, 29, of no fixed address, and Mark Kinman, 63, of Hailsham, were both charged with possessing a firearm.

Kyle Wood, 30, of Littlehampton, was charged with the same offence as well as possessing ammunition.

The trio were remanded in custody and are due to appear at Kingston Crown Court on September 17.