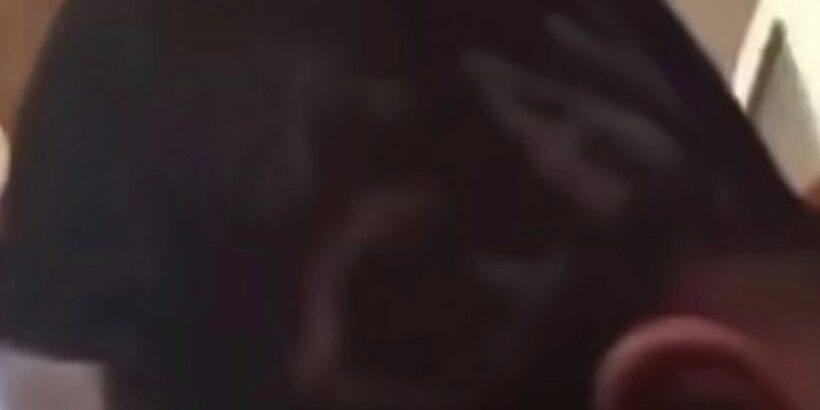 A 12-year-old boy with the word "GAY" shaved into his hair was filmed being hit by a man in a disturbing viral clip.

Police have arrested the man allegedly in the video and two women on child abuse charges for the homophobic tirade, which police condemned as "difficult to watch".

The trio of Lorkeyla Jamia Spencer, 19, Brittney Monique Mills, 35, and Jarrode Richards-Nwankwo, 18, from Atlanta, Georgia have been taken into custody at Fulton County Jail for cruelty to children.

In the video taken on June 17, a man can be seen aggressively asking the 12-year-old questions about his sexuality before furiously grabbing his T-shirt and then lashes out, pushing him onto the ground and then against a rail.

According to a police report, the man says to the child, "you still doing gay s***".

He adds before slapping the child: "You think I cut this this in your head for no reason? So why you say that gay ass s—t?"

The boy then looks as though he is trying to protect his face from more blows, the NYPost reports.

Action was swiftly taken by the authorities once the video had been picked up by Gaye Magazine's Instagram page which is a black LGBTQ publication.

Just a day after the initial video was shared, another was uploaded with the child allegedly being pushed to say his older siblings were not abusing him.

The 12-year-old was placed in the care of the state Division of Family and Children Services.

Atlanta Police said in a statement: “The behavior in this social media post was difficult to watch and is absolutely unacceptable.

“We are appreciative of the number of people who flagged this case with us and for those who provided information on the location where it took place.

“Our investigators worked hard to identify those involved and to gather the evidence needed to place each behind bars and we are thankful for their work.”

City Council candidate Devin Barrington-Ward told 11Alive that he spoke with the boy and his mother about the situation.

“As a black queer man, I have experienced some of the same homophobia and some of the same abuse by the hands of people that I love as a child,” the candidate told the station. “If you saw that and you didn’t see anything wrong with that, you’re part of the problem.”