President Trump has a special talent for keeping his political opponents in a near-constant state of frenzy. The fact that he even agreed to yesterday’s summit in Singapore was read by his critics as a terrible affront to America’s Asian allies. Donald Trump’s weekend Twitter outburst against another ally, Canadian Prime Minister Justin Trudeau, was the latest outrage, dutifully blown out of all proportion by the media and on social media. 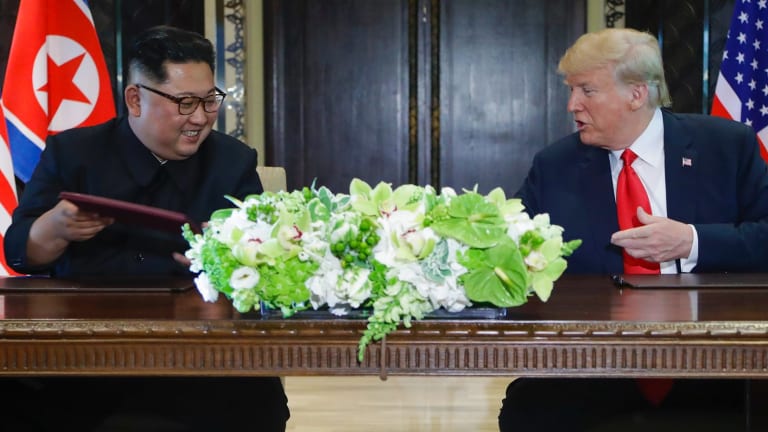 But the critics who say Trump is destroying America’s alliances give him too much credit. And by focusing on the President, they imply that these alliances can return to "normal" when he leaves office. Yes, Trump is doing a lot of unnecessary damage, but the fraying of America’s alliance network pre-dates Trump, and will survive him.

Something like yesterday's Singapore summit had to happen. There are three reasons why.

The first reason is that the Cold War is over. That’s not news to anyone who has picked up a paper or turned on the 7pm bulletin in the last 30 years, yet if you looked at America’s military posture in Asia today, you might wonder if the Soviet Union still existed because so little has changed.

This is particularly striking on the Korean Peninsula, where the US still has nearly 30,000 troops despite the fact that the host country is one of the richest in the world, possessing very capable armed forces of its own, and that its enemy across the DMZ has an economy roughly comparable to that of Laos. When the US still had the job of vanquishing global communism, that troop presence made sense, but many Americans must now be asking themselves why it is America’s job to defend South Korea. 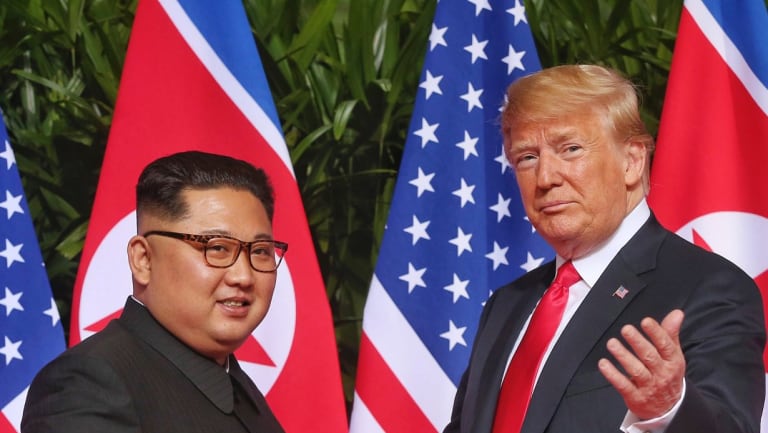 Perhaps more to the point, one particular American is asking this question, and he happens to be President. Trump doesn’t have much of what we pundits grandly call a "world view", but throughout his public life, he has been consistent on a handful of points about the world and America’s place in it, and one of those is that the US is being duped by its allies, who write unfair trade deals and then rely on Washington to defend them from enemies. That kind of argument never made much headway in the Cold War, but times have changed and Trump has arrived. The times fit the man.

The second reason America’s alliances in Asia are under threat is that China is rising. Again, this won’t hit like a hammer blow to anyone who has been paying attention, yet thanks largely to the global war on terrorism, it has taken a surprisingly long time for Washington to pay attention to the full implications. It wasn’t until the Trump Administration’s National Defense Strategy released earlier this year that China was labelled a strategic competitor. Washington is slowly recognising that China is a true peer, though even that description could soon begin to look quaint – in last year’s Australian Foreign Policy White Paper, Treasury predicted that by 2030 the Chinese economy would be worth US$42 trillion versus US$24 trillion for the US. In other words, by 2030 China will have no peers.

Beijing will inevitably want status in the region that befits a nation of its size, but to become leader, the current leader must be deposed, and that means China needs to push the US out of Asia or at least convince Washington to accept a lesser role in the region. The big question is whether the US has the resources and the will to resist China’s ambitions. On present evidence, it does not. Again, this predates Trump but he is exacerbating the trend. 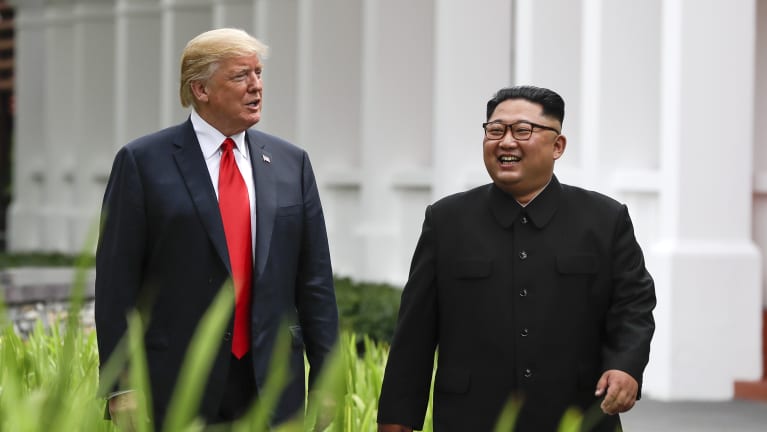 Donald Trump and Kim Jong-un walking together after lunch.

To those two long-term factors we must add the most dramatic new factor in the Korean dispute, the thing which probably triggered Trump’s threats and more recently his outreach to Pyongyang: North Korea’s long-range nuclear-tipped missiles. The fact that North Korea can now, in all likelihood, launch a missile that could destroy a major US city introduces a troubling new dynamic into the calculations of America’s Asian allies: if North Korea launched a war against us, would the US really come to our aid if there was a chance that it might lead to the destruction of New York or Los Angeles? It’s hard to believe that the US would risk such a sacrifice, which means those allies feel they are no longer protected as they once were.

None of this is to dismiss the role of leaders in making history happen. The willingness of Trump and Kim to talk to each other at all is a critical step. But these three factors make it impossible for the US to defend South Korea for another 65 years as it has the last 65. The status quo is unsustainable and one way or another, the transition will happen. Allies such as South Korea, Japan and Australia will be more alone as this transition unfolds, but if the alternative is war, that’s still a fair trade.

Sam Roggeveen is a senior fellow at the Lowy Institute.