Five people have been injured in a knife attack on tourists near Roman ruins in northern Jordan.

Three tourists were injured alongside their guide when they were stabbed near the city of Jerash around midday Wednesday, Jordan’s state newspaper said.

A security officer was also hurt while trying to arrest the attacker, and all five victims have now been taken to hospital via ambulance.

Marco Junipero Serra, who claimed to have witnessed the attack, said on Twitter that the knifeman was wearing ‘black militant gear including a head covering’. 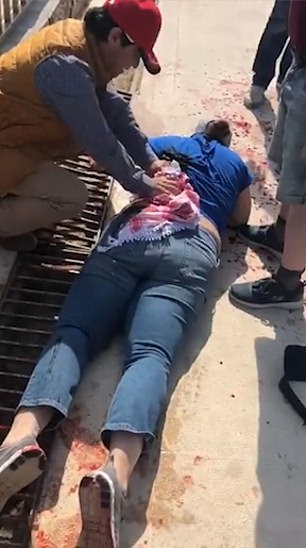 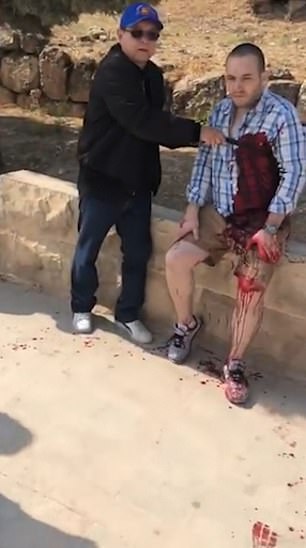 State newspaper Al-Rai reported that the security officer was stabbed three times and is undergoing surgery.

The guide was reported to be in good condition. Almamlaka TV reported that two of the tourists were in critical condition.

Al-Rai also reported that the tourists were Mexican nationals, after initial reports indicated they were Spanish.

Graphic video from the scene shows a woman laying face down amid spatters of blood while a passerby presses a cloth on to a large wound on her back.

Another man can be seen sitting nearby with a bloody wound on his chest, while a third is walking around with a bandaged wound on his arm.

A spokesman for the Jordanian Public Security Directorate said a suspect has been arrested and an investigation is underway. 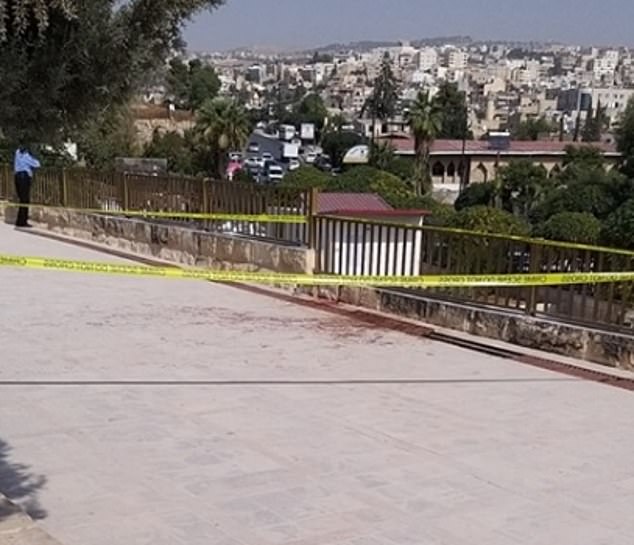 The knifeman attacked tourists at the Greco-Roman settlement of Gerasa around midday Wednesday, before stabbing a security guard as he tried to arrest him 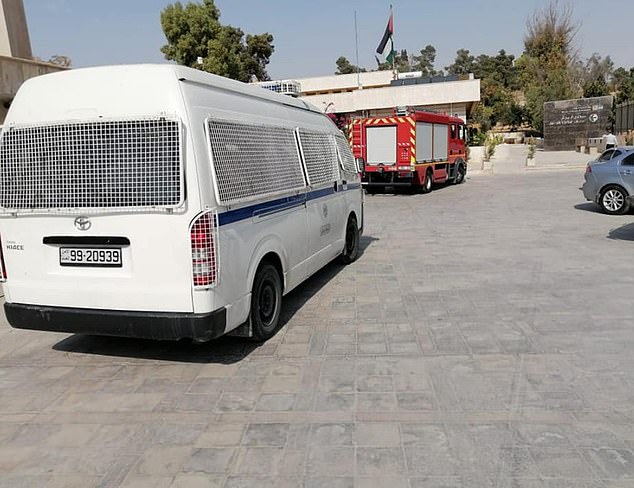 The security guard was taken to hospital with three knife wounds and is now undergoing surgery, while two of the tourists were reported to be in critical condition