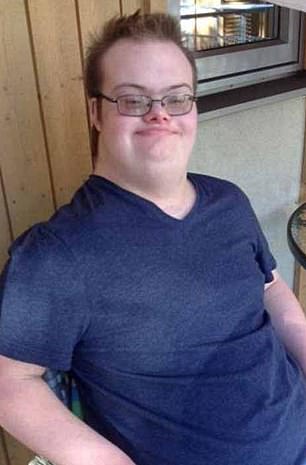 Three Swedish police officers have been charged in connection with the fatal shooting of a man who had Down’s syndrome and autism.

Eric Torell, 20, was carrying what his mother, Katarina Söderberg, described as a toy submachine gun when he was shot to death by police officers in Stockholm last year.

Mr Torell had been reported missing from his home before police received reports of a man in possession of a gun.

The three charged officers found Mr Torell in a courtyard in the Vasastan district and ordered him to drop what they believed was a dangerous weapon.

They shot him when he didn’t comply. 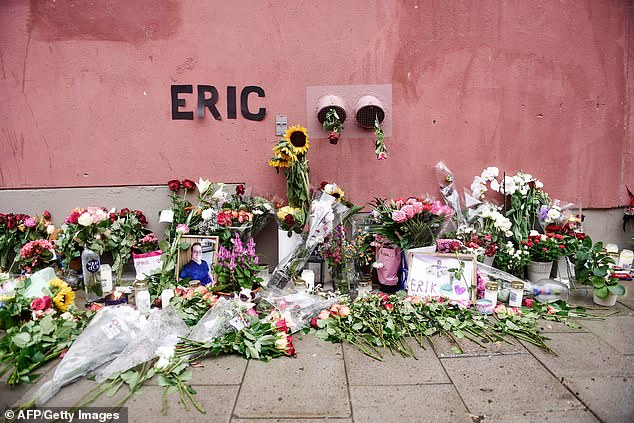 Flowers, candles and a portrait are seen during a memorial service for Mr Torell. He was shot after he ran away from home with a toy gun that police perceived to be a dangerous weapon

According to the BBC, prosecutor Martin Tiden said: ‘I have decided that the police who have been charged for the shooting did not follow the procedures they should have done and had they done so, they would have realised that Eric – the victim – was not a threat’.

He said that the officers’ action of initially opening fire was justified but they should have stopped when Mr Torell turned away from them.

Mr Torell was then taken to hospital where he was pronounced dead.

Ms Söderberg said her son was the ‘world’s kindest man’ who ‘wouldn’t hurt a fly’.

Sweden’s National Police Commissioner Anders Thornberg has asked for a government review of the rules surrounding the use of firearms after an increase in the number of people shot and killed. 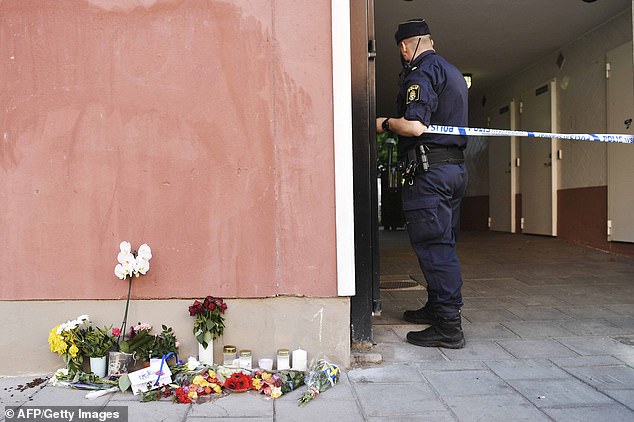