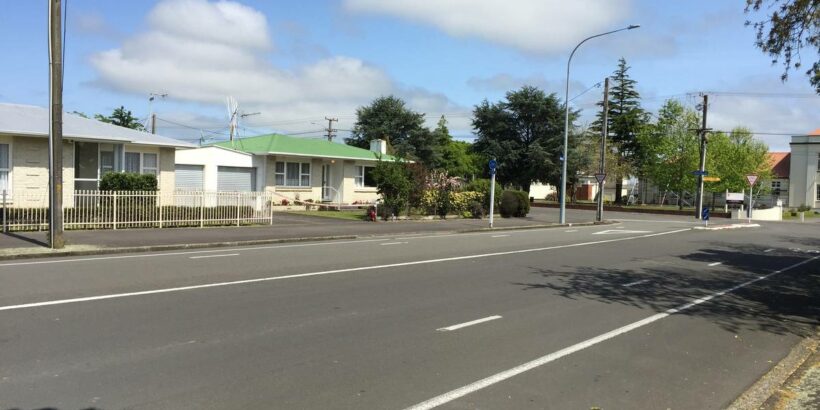 Three teenage girls involved in a home invasion that led to the death of a 90-year-old Levin woman have been sentenced in the Palmerston North High Court this afternoon.

Grace Isobel Virtue died 25 days after the home invasion at her Bath St property on November 2, 2019, as a result of a brain injury she suffered after being punched in the face in her own kitchen.

After the attack two of the girls used her bank card to buy Chupa Chups lollipops, softdrinks, a sweatshirt and cigarettes.

Justice Helen Cull handed down sentences relative to the different roles each of the girls – A, B and C – had in the attack. Two of the girls were aged 15 and the other was 14 at the time.

“A” was sentenced to two years and six months at a juvenile prison facility, while B and C were sentenced to 12 months’ home detention. Crown lawyer Ben Vanderkolk had asked the court for terms of imprisonment.

The three girls initially stood trial for murder, but each pleaded guilty to manslaughter charges at earlier hearings.

Name suppression and anything that would identify the girls would continue.

The court heard how A and B had identified Mrs Virtue as a target because she lived alone, and used social media to contact C.

“Oi, u gotta come with us we’ve got everything we need we are ready we got a house keep your hoody on,” the message read.

Two of the girls walked through a side gate and knocked on the door and asked Mrs Virtue if they could use the toilet, while C stayed outside the property. The plan was to steal $30 so they could attend a party.

Although Mrs Virtue was initially reluctant to let them inside, she showed A the bathroom and entered into a conversation with B in the kitchen.

On returning from the bathroom A punched Mrs Virtue in the face with a closed fist. She lost consciousness when she hit the floor, and was then kicked in the chest.

A and B left with her handbag, her camera and a bank card. With payWave they puchased Chupa Chups lollipops, softdrinks, a sweatshirt and cigarettes, later sharing the spoils with C.

Her son Michael Virtue said they were left feeling “empty and numb”. Future moments in time with family and friends had been stolen and the family were still struggling with the senselessness of it all.

“Her kindness cost her her life … she never wanted the limelight and would have hated every moment of being the latest news,” he said.

“There are no winners. We are all losers and the biggest loser is Mum … it all seems so pathetic.”

He told the story of a loved mother, grandmother and great-grandmother who grew up the youngest of four children on a farm where the value of hard work was instilled at a young age, often milking cows before school.

She graduated and had worked as a nurse, serving and helping families in her community through tough times. She had moved to Levin in 2009 to be closer to a relative who needed care.

Growing up during World War II, the value of a dollar was impressed on her. Money didn’t come easily and she preferred to go without fashionable clothes. She would often make clothes herself for her children to attend fancy dress parties.

Yates said she had given so much of her life in the service of others, and had scrimped and saved so that she might enjoy retirement. Her only vice was mint chocolate biscuits and she would make them last for days, enjoying them with a cup of tea.

It was tragically ironic, then, that her attackers wanted money to buy such frivolous items.

Gavin Virtue said his mother loved her “humble” home, visiting the library and the supermarket and playing bowls.

Mrs Virtue had known tragedy herself. She lost twins boys at birth, while the third of her five sons died in 2000, aged 39. She was widowed herself in 1995.

In her final days, Mrs Virtue never spoke ill of her attackers. She went to stay with family after being released from hospital on November 15.

But just days later her family became concerned about her health and sought medical help.

She died on November 27 as a result of a subdural haematoma.