A three-year-old Thai girl has died from suffocation after she was locked in a school bus all day – in searing heat – by its driver.

The corpse of tragic youngster Nura Nadia Ma was found in the mini-bus, with blood coming from her nose, in Pattani, southern Thailand, on Wednesday afternoon.

She had been collected from her house to be taken to nursery school earlier that morning. 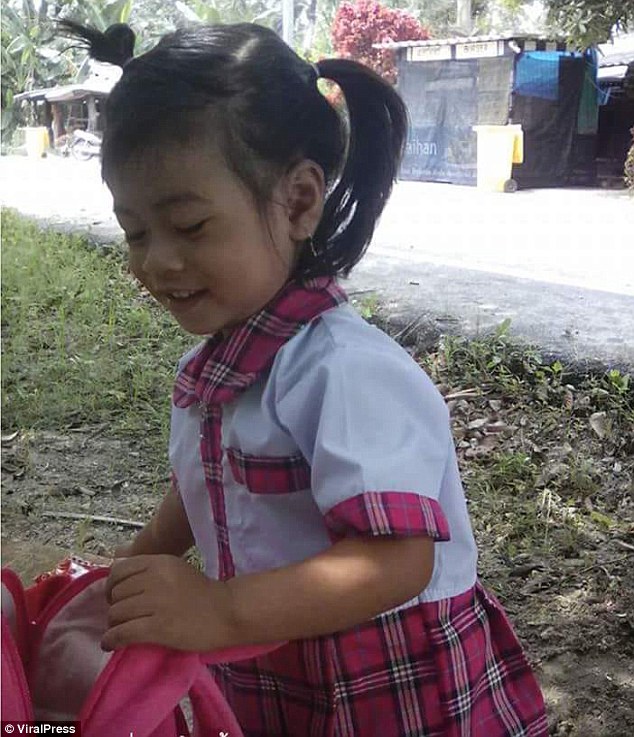 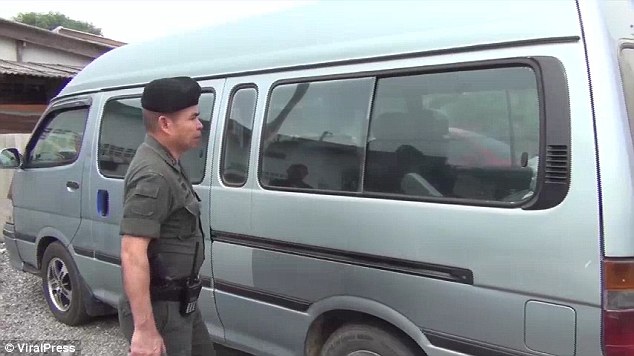 Police with the mini-bus, where the youngster had been left in 95F (35C) heat all day

But the girl fell asleep during the school run, and when driver Ahama Sanay, 23, dropped off the other children, he failed to notice her.

Ahama then locked the bus doors, and when the toddler woke up, she was trapped.

Nura battled to free herself, but suffocated in the sweltering heat as temperatures outside soared past 95F (35C).

The girl’s mother said she arrived at 4pm and stood waiting at the nursery school gates before contacting teachers when her daughter did not appear.

Horrified staff then found the youngster inside the locked vehicle, where she had passed out across the seats, with blood coming out of her nose.

One shoe was on the floor and her clothes were ruffled, suggesting she had struggled to try and escape the locked Toyota mini-bus, police said.

Officers from the Pattani Police Station tracked down the driver and he was arrested over the girl’s death outside Bamrung School.

Lieutenant Verasak Suwannakham, deputy commissioner of investigations, said: ‘Police arrived at the school and found the driver, who admitted that he left the girl inside the bus.’ 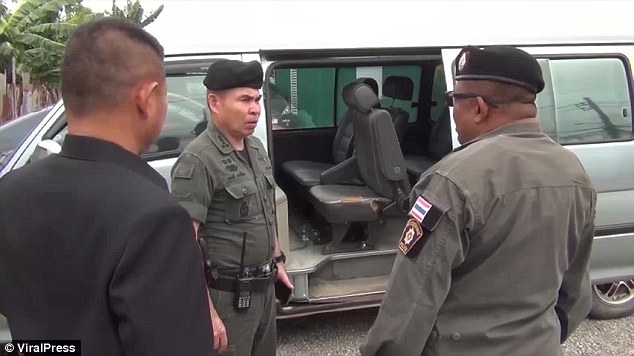 Police in Thailand said that the driver, Ahama Sanay, 23, had driven the children to nursery school, but had not checked to see whether they had all left their seats upon arrival 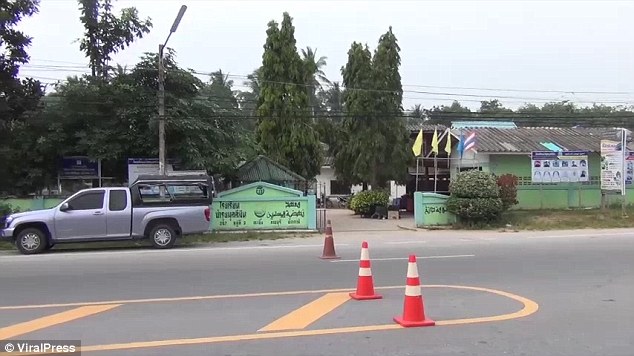 Nura Nadia Ma’s mother had gone to her nursery school in Pattani (above), to collect her in the afternoon, but became concerned when her daughter did not appear

Ahama told police that his wife usually helped him on the school run but she was away that day.

He said he had locked the school bus without checking the seats before riding his motorcycle back home, and had planned to return later in the afternoon to drive the children back.

Lieutenant Verasak added: ‘The mother of the child waited at the school and called out for her daughter.

‘She went to the teachers to try to find her. They looked in the bus and saw her dead body.

‘The driver will be interrogated further for legal action as we believe he was negligent by locking the bus and leaving the girl inside.’

Medics from the King Chulalongkorn Memorial Hospital who performed a post-mortem examination confirmed the girl died from suffocation.

She will be buried today, in accordance with local religious customs.