‘He said when I turn 18 I could do nudes’: Glamorous young women who posed for modelling shoots unleash on photographer, 61, who posted their images on OnlyFans

Danika Ahern, 21, manager of Port Macquarie’s Beachside Backpackers, said she was just 16 and an aspiring model when photographer Steven Harris offered her a free photo shoot.

‘It started off well, he got me paid work for a Manning Shoes advert and said when I turn 18 I could do nudes if I wanted,’ she told The Daily Telegraph newspaper. 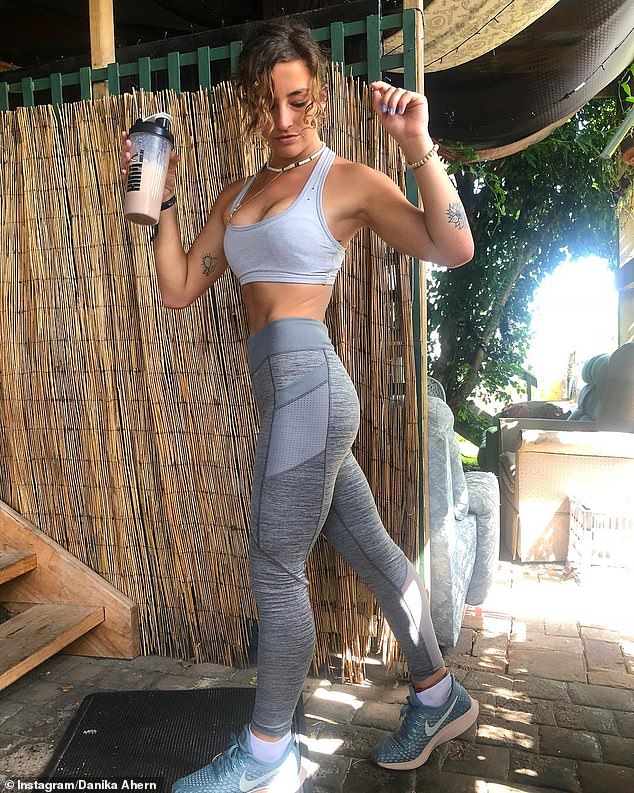 Pictured: Danika Ahern, 21, was shocked to see her modelling photos on OnlyFans

After turning 18, Ms Ahern said she had refused many times to do nudes, but that Mr Harris had said if she did do them, they would never go anywhere.

She went on to model for Mr Harris’ studio for at least two years.

Following a shoot with Mr Harris in 2015, in which she posed in coastal bushland wearing a skimpy white peasant top and skirt showing her midriff and legs, Ms Ahern posted her thanks on Facebook.

‘Thank you Steve Harris from Fab photos, had a ball shooting with you,’ she wrote.

He once described his studio in a Facebook post as: ‘The leading family, glamour, fashion, boudoir photographer and photography studio in Port Macquarie’. 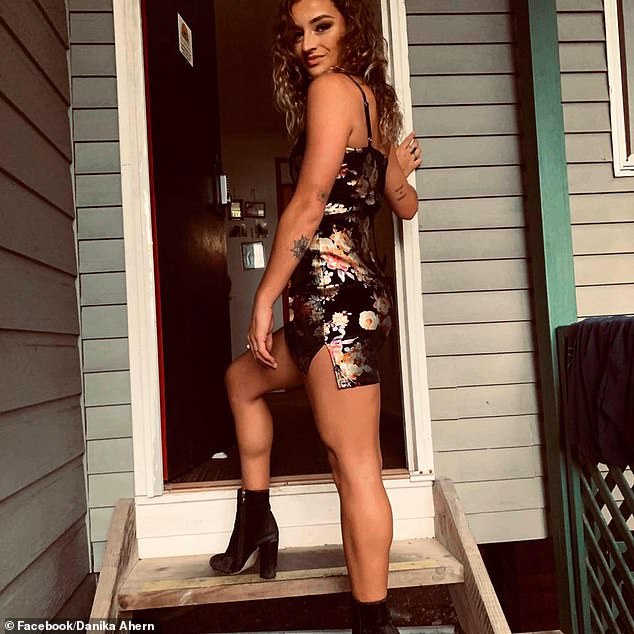 Eight of Danika Ahern’s modelling pictures turned up on OnlyFans, to her horror. Pictured: Danika Ahern

Ms Ahern modelled for two years, but said she was shocked to later find eight pictures of herself on Steve Harris’s OnlyFans account.

One of them was in a see-through shirt where the outline of Ms Ahern’s breasts could clearly be seen.

OnlyFans is a social media platform that launched in 2016 which allows content creators to charge money for their work from users who subscribe to their content – their ‘fans’. 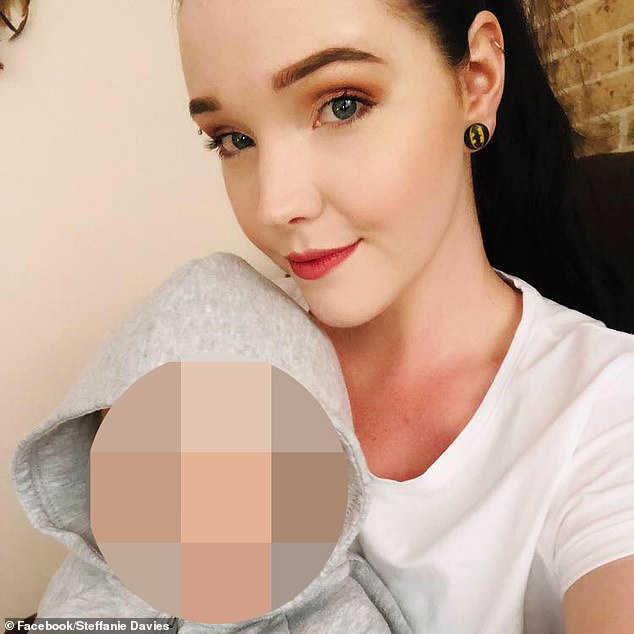 Mother-of-two Steffanie Davies, 23, was shocked to see herself on OnlyFans and complained

Sydney woman Emily Gainge, 27, said she was horrified when she found a naked photo of herself uploaded to OnlyFans.

The mother-of-four said she only had one naked picture taken for her own use, but found it uploaded to the content creation site where ‘half of Port Macquarie’ had now seen it.

Mother-of-two Steffanie Davies, 23, also found pictures of herself on OnlyFans after getting a professional picture done after having her first child, five years ago. She is not naked in the pictures.

Daily Mail Australia attempted to contact Mr Harris on Monday evening but his mobile phone number had been deactivated, along with his social media pages and his photography website.

Mr Harris had signed contracts from all of the girls who complained, and as they didn’t own the pictures, he was within his rights to do with them as he pleased.

However, he told The Daily Telegraph he had been left devastated by the women’s complaints.

‘My reputation has gone, I’m destroyed, I had to tell my brother, my boss, I know the girls are devastated, I apologise to them,’ he said, saying he had never intended to hurt anyone.

As a professional photographer, he said he was only trying to make money out of his photographs, which he had copyright ownership of. 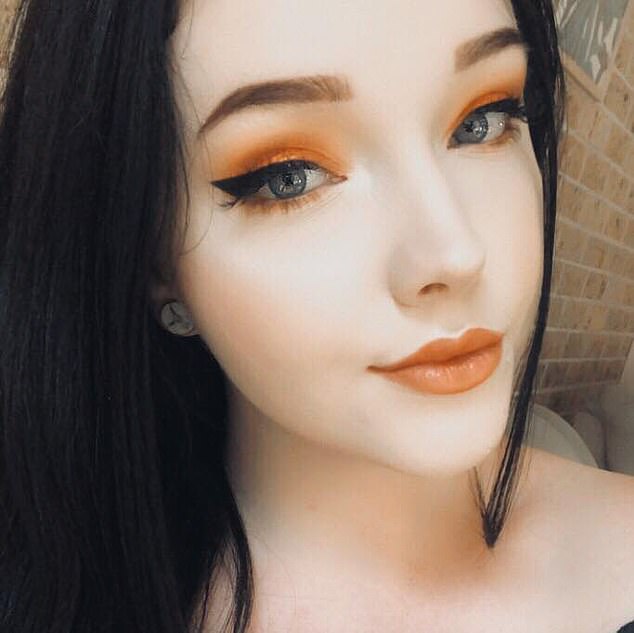 NSW Police said Steve Harris did nothing wrong. He owned the pictures and so could put them up on OnlyFans if he wanted. Devastated by the complaints, however, he took them down. Pictured: Steffanie Davies

Mr Harris said all the models had known what images had been taken of them, and that there was no real difference between putting them on his website where everyone could see them, or putting them on OnlyFans.

He has, however, now taken down the pictures of all the girls who complained.

Mr Harris, who supplemented his income as a school bus driver, has had to quit his job following the complaints from the women.

As of Monday evening the Fab Photos website was still up but Mr Harris’s Instagram page Amorous Photos4u had been taken down along with his Facebook page.

Police spoke to Mr Harris on Sunday, but found he had not broken any laws, a spokesperson told Daily Mail Australia.