Streamline feline! Stunned family spots a CAT called Rebel clinging to the ROOF of a car driving 60mph along highway

A thrill seeking cat was taken for a ride he will never forget on Friday.

Nebraska woman Ronda Rankin saw the fearless feline clinging to a car for dear life as the vehicle zoomed down a highway at 60 miles an hour.

Footage taken from inside Ms Rankin’s car showed the cat, appropriately named Rebel, meowing and shaking his head as the wind pushed back against his face.

Rebel had adopted a low crouch to ensure his stability as the people in the van he clung to continued on, unaware of their extra passenger. 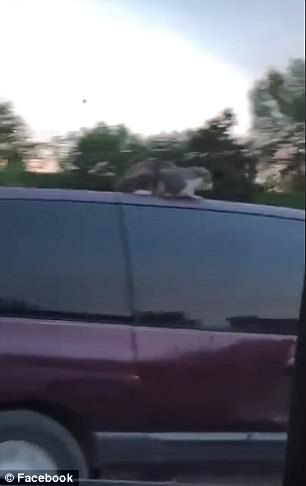 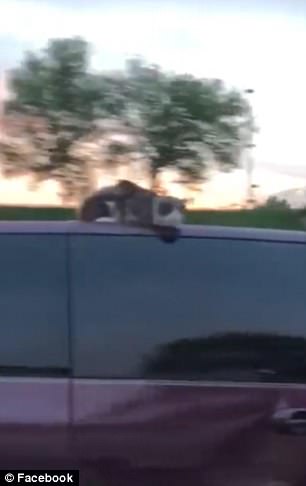 Pictured: Rebel the cat was seen clinging for dear life to the top of a van traveling 60mph along a Nebraska highway

Ms Rankin told KETV her daughter was the first one to initially spot the unusual situation, and at first the Nebraska mom didn’t believe her.

The family honked their horn to catch the attention of the people in the van, and shouted out ‘there’s a cat on the roof!’ multiple times before the driver understood.

Ms Rankin said the woman on the roof looked startled and said: ‘oh my god’ before slowing down and pulling over.

‘They [KETV] found the owners. Cat is perfectly fine!!!’ she wrote.

One owner told the broadcaster Rebel would have been on top of the van when they left home on Friday, but she was too short to see him on the roof.

‘I thought I heard my cat meowing,’ she said. 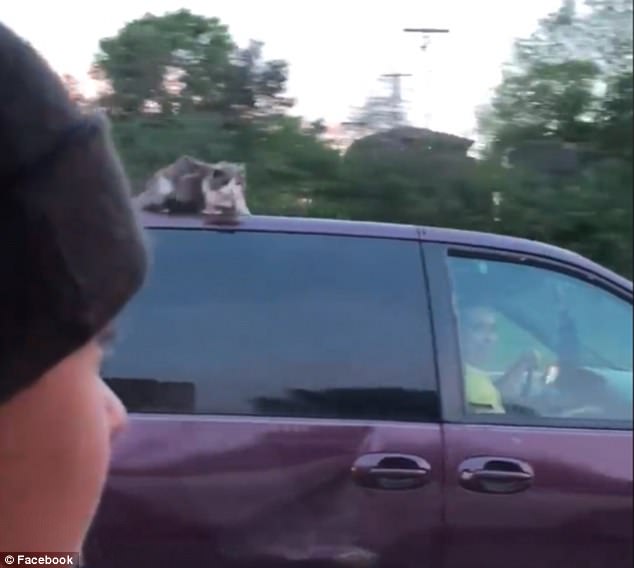 After a short while, the Rankin family managed to catch the attention of the van passengers, who looked startled and pulled over to get Rebel off the roof