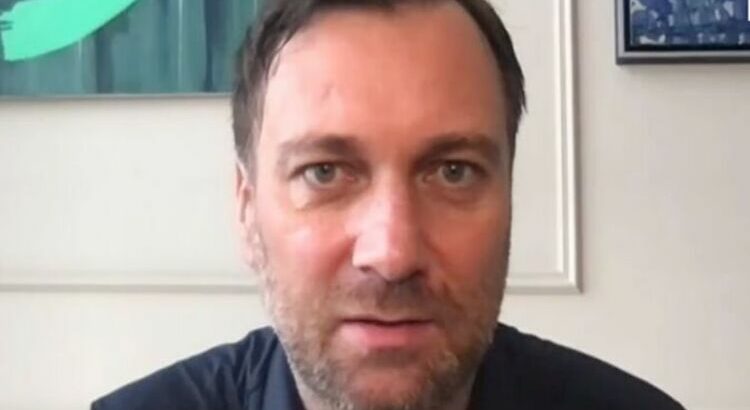 Poland’s national football manager Jakub Kwiatkowski has said his players will refuse to play Russia in their upcoming FIFA World Cup qualifier. He told Iain Dale on LBC that the team “don’t care about the consequences” and called for broader sanctions against Russia in the wake of the Kremlin’s assault on Ukraine.

Mr Kwiatokowski told LBC: “We were discussed this last couple of days and finally, during the night, Friday to Saturday, we decided that our statement is that we are not going to play with Russia.

“It doesn’t matter neither neutral ground or in Russia.

“This is the final decision in this circumstances when this brutal aggression of Putin to Ukraine we don’t see and we do not intend to play the match with this country. Yes, with the players who represent such values like Russia, yes, they attack their neighbours.

“So for us, it’s obvious that we can play with them.”

JUST IN: READ MORE ON OUR RUSSIA-UKRAINE WAR LIVE BLOG

He added: “I think it’s in this situation when this aggression is escalating still it’s not only about sport, it’s about everything.

“Economic, sport and other sectors the world needs solidarity needs to say they need to talk in one way yes.

“So, of course, it’s not the fault of the Russian players or Russian fans, but it has to be done in that way that we need to boycott Russia on every, every sector.”

Mr Dale asked: “I imagine you think that it should be Russia that should be thrown out [of the tournament] and Poland should be given a buy to the finals?”

Mr Kwiatokowski replied: “Yes, we don’t care about the consequences.

“Because the consequences shouldn’t be borne by someone else and it’s not our fault.”

No international soccer matches will be played in Russia and the Russian flag and anthem will be banned from any of their matches abroad, governing body FIFA said on Sunday.

It said the national team would not compete as Russia but as the Football Union of Russia (RFU) and any games would be held with no fans on “neutral territory”, as part of its sanctions following Russia’s invasion of Ukraine.

Russia is due to host Poland in the semi-finals of its strand of the World Cup playoffs on March 24 and, if its team advances, is scheduled to host either Sweden or the Czech Republic on March 29 in the Path B final.

The president of Poland’s Football Association, Cezary Kulesza, said on Saturday: In light of the escalation of the Russian Federation’s aggression against Ukraine, the Polish national team is not going to play a match against the Russian Republic.

“This is the only right decision. We are in talks with the Swedish and Czech associations to present a common position to FIFA.”