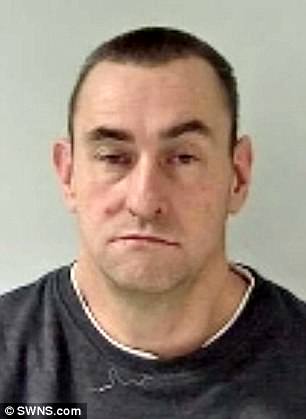 Adrian Jenkins has been jailed for 33 years

A violent thug who befriended a church-going disabled woman before battering her to death in her home to steal her money has been jailed for life.

Evil Adrian Jenkins, 44, had gained the trust of Julie Fox, 51, who had cerebral palsy, and would often do chores at her bungalow and take her on day trips.

But a court heard he had been motivated by greed and after arranging to take her to midnight mass he beat her to death with a blunt object on December 27 last year.

He then stole between £200 and £300 and callously attempted to cause a gas explosion at the property to cover his tracks after stuffing her body in a cupboard.

Jenkins has now been jailed for life, of which he must serve a minimum of 33 years after being found guilty of murder following a trial at Birmingham Crown Court.

Jurors were told Jenkins had taken Julie to visit Ombersley, Worcester on December 21 and arranged to take her back for midnight mass. 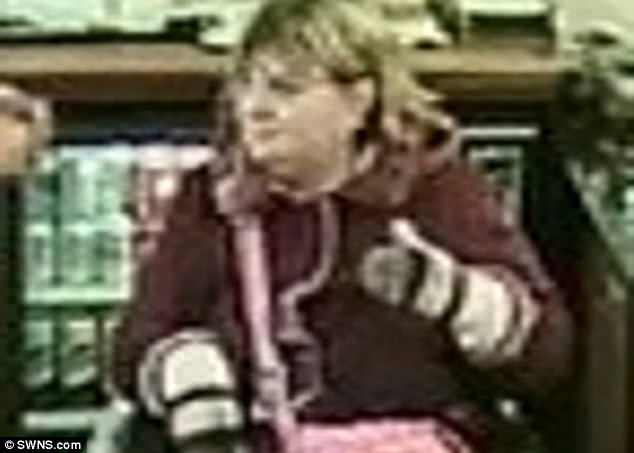 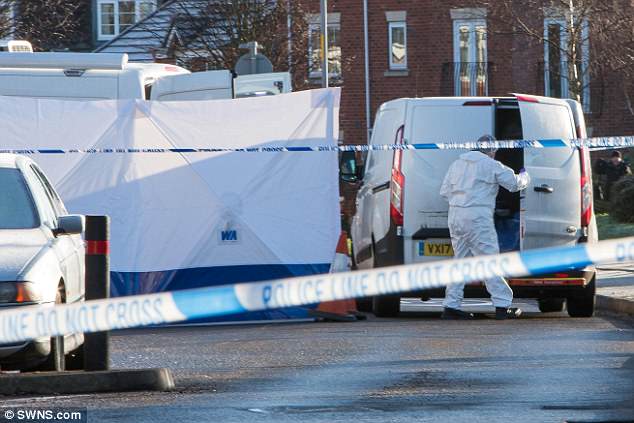 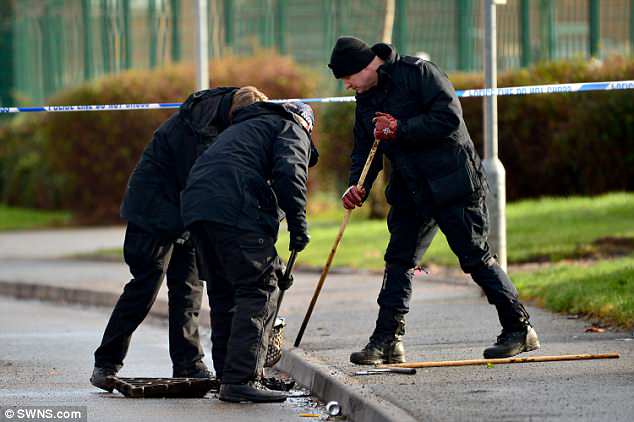 Paramedics noted a strong smell of gas emanating Ms Fox’s home when they arrived at the property. Pictured police officers who attended the property

Instead, he let himself in through the front door of the property in Carnforth Drive, Worcester, and brutally attacked and murdered her.

That evening Jenkins’ brother raised concerns after not seeing her for a few days and went with the defendant to go check on her, when the body was found.

Jenkins called an ambulance to the house stating he was her neighbour and was with his brother, who had found her collapsed inside.

When paramedics attended, they noted a strong smell of gas emanating from her property an found Ms Fox deceased in the hallway.

A post-mortem confirmed she had died from a blunt force head injury and Jenkins, who lived on the same street, was arrested on January 2.

Forensic evidence recovered from Ms Fox’s bungalow and extensive analysis of CCTV, mobile phone and wi-fi data all pointed towards him as her attacker.

Ms Fox’s handbag was also found to be missing from the property, and despite numerous appeals it was never found.

Following the verdict, Ms Fox’s brother said: ‘My sister Julie was a vulnerable disabled woman who was unable to defend herself from the callous cowardly attack.

‘She lived alone and was befriended by Jenkins, who took this opportunity to rob Julie of money and her life.

‘My mum and I would like to thank everyone who has brought this evil man to justice, in particular the officers involved in the investigation, as well as the technical and support staff.’

Detective Chief Inspector Leighton Harding, of West Mercia Police, said: ‘Julie Fox was a popular and well known woman in Worcester, and her death during the Christmas period shocked the community.

‘Adrian Jenkins committed the most brutal murder on a defenceless, vulnerable woman and tried unsuccessfully to disguise his crime for five days whilst he carried on as normal over the Christmas period.

‘During this time he paid off debts and bought Christmas gifts.

‘There was no limit to the depth of depravity he would sink to in order to get away with murder – even placing members of the public and emergency services at risk of harm by turning on the gas hobs of the cooker on in an attempt to cause an explosion.

‘Despite his apparent acts of goodwill for Julie, it was clear he used their friendship and her reliance on him to exploit her vulnerability for his own financial gain.

‘His motive for murder was financial greed.

‘In the time Jenkins was in Julie’s home, he brutally attacked and murdered her, showing a total lack of regard for human life.

‘He has been today found guilty of this horrific crime and this dangerous man will now face justice.

‘Our thoughts remain with Julie’s family and friends as they continue to come to terms with her death.

‘Whilst no length of sentence can ever ease the pain felt by Julie’s loss, I hope that today’s verdict and sentence will provide a small sense of closure for her family.

‘I would like to thank the witnesses for their valuable contribution in giving evidence in the case and the local community for their support.

‘Finally, I would also like to thank all of the officers, staff and our partner agencies for their professionalism and commitment throughout this complex investigation.’

Jonathan Kelleher, from the Crown Prosecution Service, said: ‘Adrian Jenkin’s motive behind this murder was financial.

‘He had already developed an exploitive relation with Julie Fox where she would pay him for helping her with some chores.

‘Greed got the better of Jenkins and he brutally killed the victim, who suffered from cerebral palsy, by striking her head several times with a blunt objective and then stole a few hundred pounds from her.

‘The defendant denied playing any part in the murder of Ms Fox, however, through forensic evidence, CCTV footage and certain admissions made to the police and to a brother, we were able to prove the defendant was in the house and killed the victim.’

Speaking after Macmaster was jailed for eight years, Ms Gordon’s cousin Nicola Anthony, a fellow actress and writer said: ‘We are reasonably pleased with the result but I’m still very sad it all happened. I would have liked him jailed for longer to be honest.

‘I think it was dreadful that she (Ms Gordon) had those four months. She reacted to visitors that she loved, like when her goddaughter and her goddaughter’s mother, Laura Burrows visited.

‘We only found out when our other Louise saw the tiny obituary in the paper. We could so easily have missed it.

‘We’re glad this is over but we still have much to resolve with the assets in Egypt which might drag on for years.’

She talked about how the Metropolitan Police fraud team played a crucial role in their experience of the trial.

Miss Anthony said: ‘it was intimidating to contact the team, with the possibility of sending someone to jail. But the team explained to us why it was so important that with did it.

‘They gave us so much support that they prevented this whole trial from being a non-stop horrible experience and we could not have had a nicer team to work with.’

One of the officers in the case, Det Sgt Richard Ward said: ‘We are very pleased with the result, it’s great news for the family.’