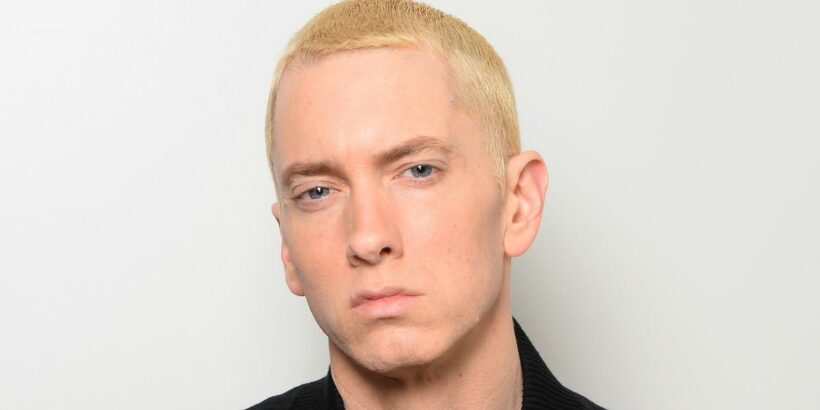 A boozed-up bully attacked his terrified girlfriend as he accused her of messaging the legendary rapper Eminem.

Thug Karl Robson started "going mental" and viciously headbutted, strangled and kicked his partner on August 7 last year after getting home from a party.

Hull Crown Court heard Robson seemed to have an "emotional meltdown" at around 1am as he dragged her around the kitchen and jealously blasted her for messaging 'Slim Shady'.

Benjamin Donnell, prosecuting, said that Robson was annoyed about a misunderstanding between him and someone at a party where he smashed his own phone against a kitchen table and the woman grabbed it to try to make him stop. Robson made threats to go after the person at the party and the woman tried to block his path to stop him. He swung punches at her head but missed before throwing three or four punches at a door, damaging it.

"The defendant's mood became more menacing," said Mr Donnell. Robson accused her of messaging a person called 'Slim Shady', which "confused her because he is a well-known rapper" and she did not know what he was talking about.

He grabbed her by her hair and threw her against the kitchen floor and dragged her around the kitchen while "going mental". He kicked her to the head and called her a "s***", the court heard.

The victim told the court she felt scared at this point and grabbed a kitchen knife to defend herself but Robson got the better of her and grabbed the blade from her before throwing it into the kitchen sink. He "trashed" the kitchen and she tried to escape. "He grabbed the complainant and threw her over the sofa onto the floor," said Mr Donnell. "He put both hands around her throat and applied pressure to the point where she could not breathe."

The girlfriend managed to push him off her but Robson pinned her against a wall and tried to bite at her face while hurling abuse. He headbutted her and she tried to escape, ran upstairs to her bedroom and used an alarm system but Robson said that he would "take all of them on" when the police arrived.

He punched a tablet computer but she fled the house and a neighbour alerted the police. The woman suffered a black eye and bruises.

Robson told the court: "I have been suffering a lot of alcohol abuse. When I have too much to drink, I just do silly things. This is why I am always in court. Everything I do is alcohol related. I am just sorry for my actions."

He was given a two-year suspended prison sentence, 200 hours' unpaid work and was ordered to pay £1,000 compensation. He was given a five-year restraining and exclusion order."