A thug was captured on film launching an attack on a conductor on a train from Birmingham to London before passengers stepped in to save him from the assault.

The video, taken by a passenger on the train, shows a male passenger get into an altercation with the train manager as he walked down the aisle on a carriage.

The dramatic episode happened on the 8.50pm Virgin service between Birmingham New Street station and Euston on Tuesday.

In the video, the man appears to square up to the manager and argue with him, before punching him in the stomach.

He then wrestles the Virgin employee onto the seats – landing on a passenger.

The violence eventually ends when other passengers go to the staff member’s defence and pull the man off him and restrain him. 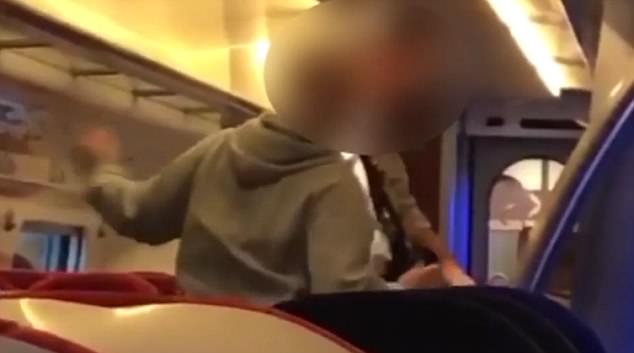 A passenger on the train said that the matter – and video – had been reported to British Transport Police who were now investigating the matter.

British Transport Police have been contacted for a statement, but in spite of repeated requests the force has as yet been unable to provide one.

Virgin Trains has also been contacted for a comment.