Parents have been urged to check playground equipment after thugs attached razor blades to a play slide.

Potentially deadly blades were cellotaped to a slide in Winifred Lane Play area in Aughton, West Lancashire – and left in a prime position so children could easily slice open their hands.

They said: ‘Parents, please be aware that razor blades/knife blades have been attached to the side of the children’s slide at the Winifred Lane Play area in Aughton, West Lancs, this morning.

‘We would ask everyone to be vigilant and check any play equipment before you let your child use it.

‘Please report anything suspicious or any similar incidents to us by calling either 101 or Crimestoppers, 100% anonymously, on 0800 555111.

‘If anyone has any information about this we’d urge them to contact us as soon as possible. 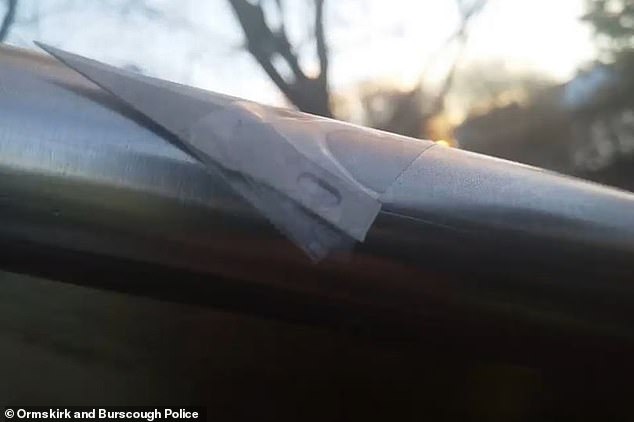 ‘Whoever did this could have caused serious injury to a child – please be assured we are fully investigating this matter.’

News of the razor blades prompted anger on social media.

Jamie Stott said: ‘Anyone caught doing this should just be shot and dumped at sea.’

Nicolla Jackson said: ‘Whoever did this wants absolutely stringing up. I hope they’ve been fingerprinted etc cos this is absolutely savage. No one needs people like this on earth.’

Thomas Murphy added: ‘There is something serious lacking in our country that it’s coming to this.’ 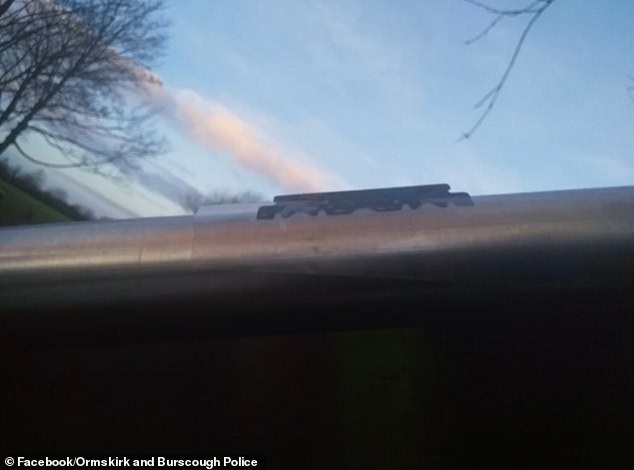