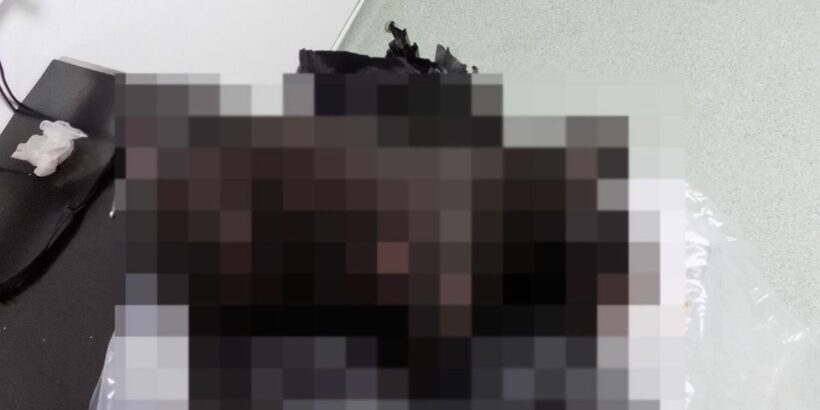 The RSPCA is searching for thugs who shoved a French bulldog into a bag weighted down with bricks and dumped her into a canal.

The pet dog, named Ivy, was found when a member of the public spotted the bag where the dog was trapped in the Walsall Canal in the West Midlands on February 27, and subsequently called the police.

Harrowing pictures show the dog, who tragically did not survive the attack, and the plastic bag which had been weighted down with house bricks.

Ivy's body was posthumously examined by a vet who found water retention and possible jaw injuries.

RSPCA Inspector Vicki Taylor said: "This must have been a really upsetting discovery and it’s awful to think that someone has deliberately dumped her in the canal.

"The vets have examined her body and have found evidence of possible injuries so I really want to find out more about her and how her body came to be dumped in the canal.

"She does have a microchip and from this we know she was called Ivy, however, those at the address on the chip claim no knowledge so I’m urging anyone with any information to get in touch in complete confidence by calling our Inspector’s appeal line number on 0300 123 8018."

It was reported in May of last year that only 25% of the pooches were ever recovered after being dognapped, with the remaining three quarters vanishing forever.

GoCompare Pet found that incidents of the callous offence were up a staggering 189% compared with the year before, calculated using social data from DogLost.co.uk.

The comparison site also found that out of 26 police forces, West Yorkshire saw the most dog theft between 2018 and 2020, with 430 reported thefts.

Following the Northern area Kent, with 358, Devon and Cornwall, with 222, and Northumbria with 193.

However, when it came to whole regions of the UK, the South East was the number one hot spot with 239 thefts.