The drama unfolded when employees turned up this morning at Thwaites plant in Blackburn to find it occupied by 21 caravans and 25 vehicles. 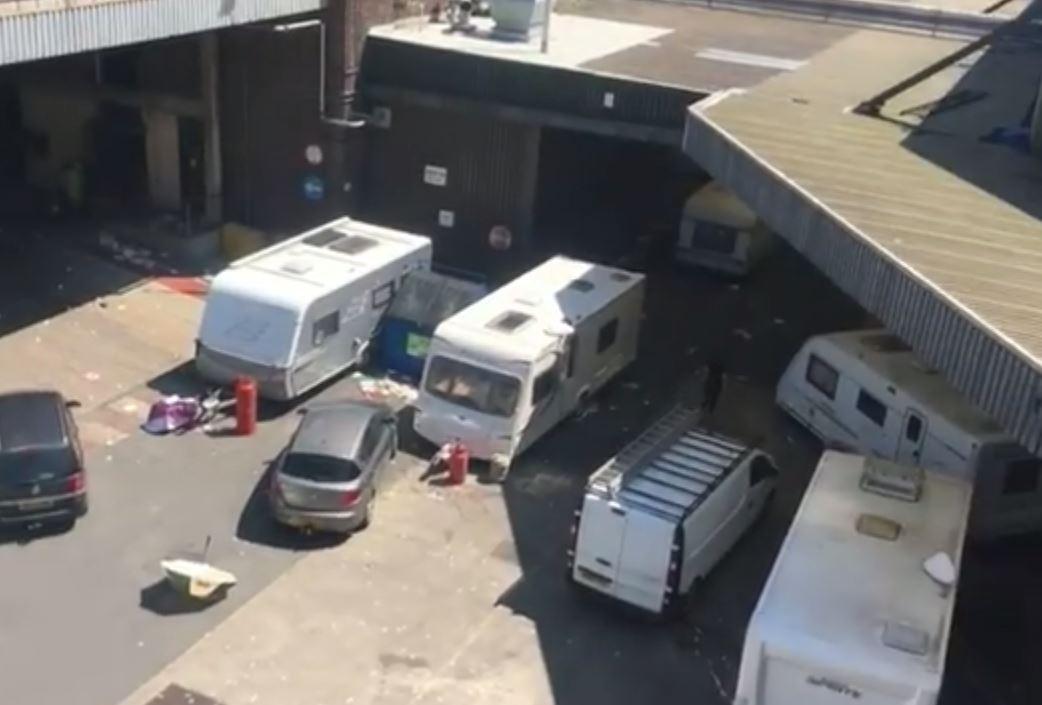 It transpired the group turned up at about 8pm on Saturday and set up camp after forcing their way into the site.

The invasion prompted brewery bosses to make a desperate plea to police to help them rid the family run business of the trespassers.

Earlier today a Thwaites spokesman said: “We have effectively been evicted from our head office and brewery site by a group of up to 100 travellers who are now denying us access in an aggressive stand-off.

"They are putting our family business in real and present danger." 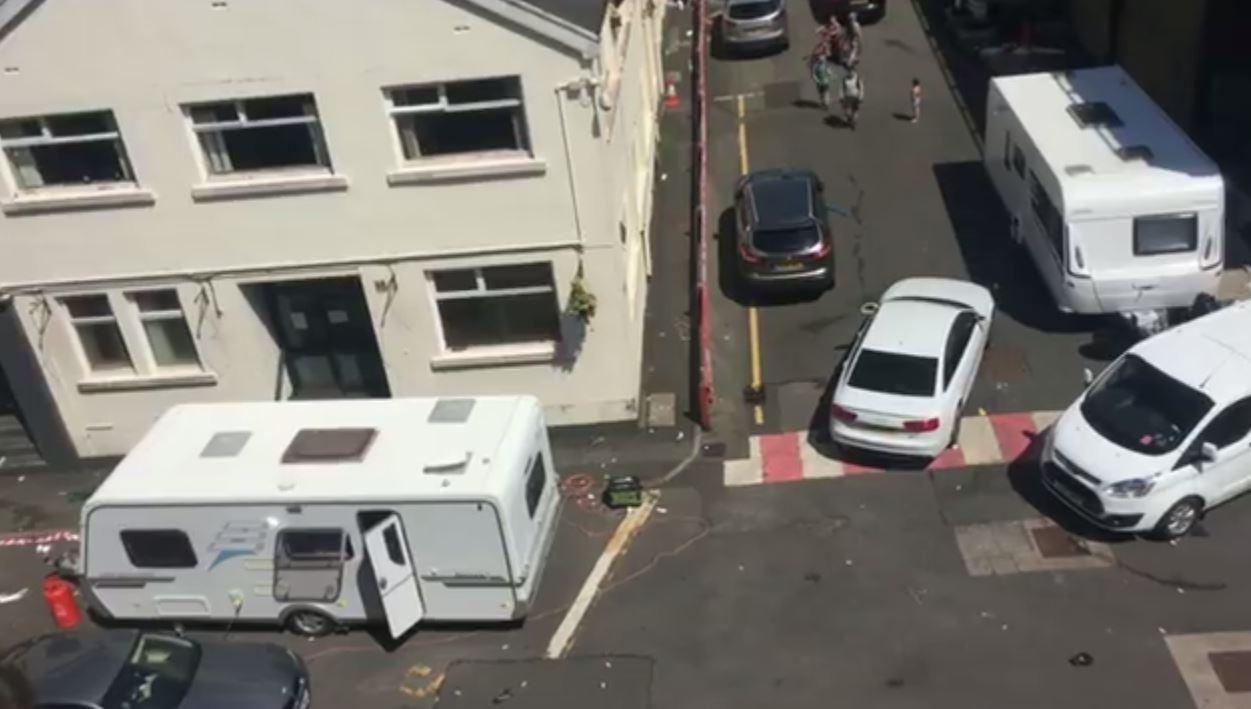 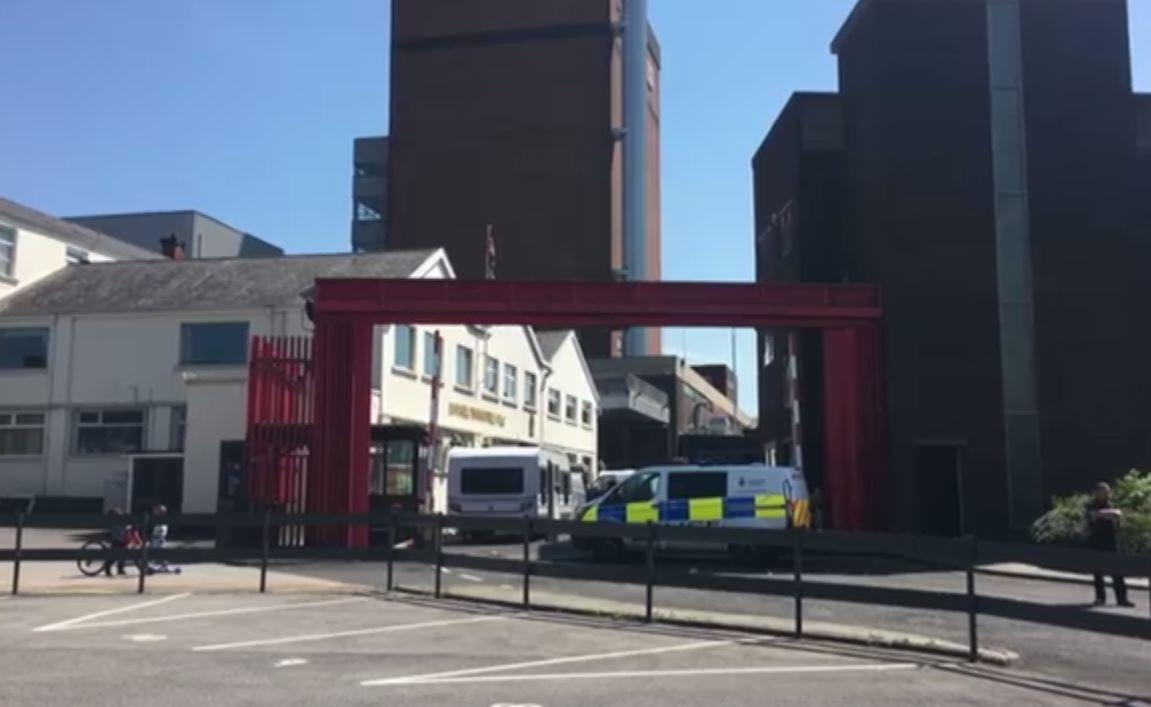 The spokesman added: “We have been in Blackburn for over 200 years and have never experienced anything like this.

“Hourly the site is being degraded and in the space of a day has become a disgusting mess.

“We have established a crisis centre to ensure our customers can continue to do business with us, but every hour’s delay, or awaiting the courts opening on Tuesday after the bank holiday to get an eviction notice will mean further damage to our site and our business.” 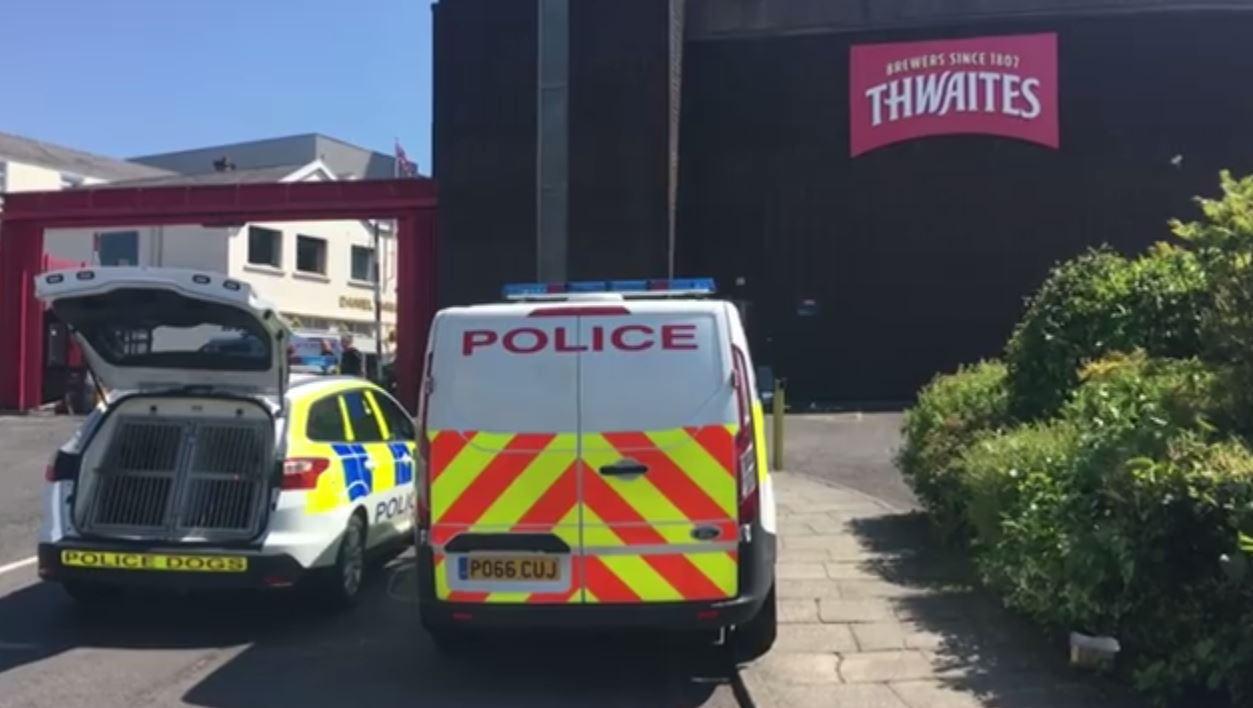 Lancashire police confirmed to Sun Online the travellers had been repeatedly warned to leave before clearing off in the early evening.

Supt Russ Procter said: “Following police intervention and with cooperation from those on the site, all the travellers have now left Thwaites Brewery in Blackburn.

"On Saturday evening travellers entered the premises with around 21 caravans and 25 vehicles on site.

“We are aware of concerns regarding alleged criminality at the brewery and are seeking to investigate any offences committed."

A Thwaites spokeswoman Sam Thomas thanked the police and support from local MPs,

She told Sun Online: “It’s been an incredibly difficult and frustrating weekend for us all and we are now assessing the criminal damage that has been caused both inside and outside the building, which is considerable.

“But despite it being a horrendous situation, we have also seen some fantastic work from our staff who have dropped everything to help or got on with their jobs in far from ideal circumstances.

"Thank you to everyone who has supported us, either in person or through messages. "We really appreciate it and we are glad to have our site back.”

Staff tomorrow are set to start a massive clean-up and get the business up and running once again, she said.