PARIS (Reuters) – A time lapse camera installed just hours before Monday’s devastating blaze at Notre-Dame de Paris may contain vital clues as to what caused the inferno, a French scaffolding company working at the cathedral said on Thursday. 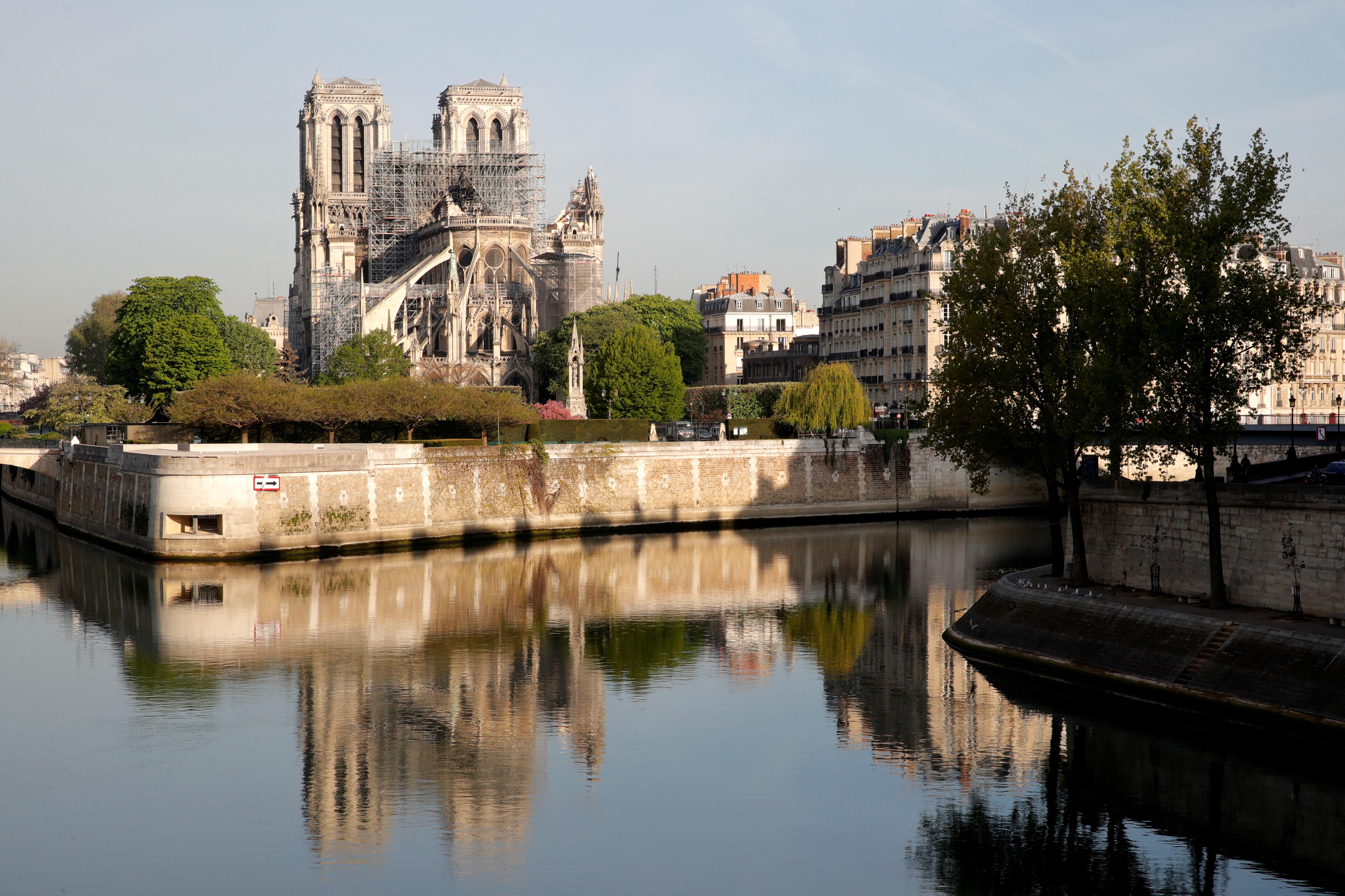 Europe Echafaudage was one of five companies contracted to restore Notre-Dame’s spire. The 90-metre (275-foot) collapsed in the blaze, crashing through the cathedral’s vaulted ceiling.

Footage from the camera, which was placed on the northern belltower and is now in the hands of investigators, shows the first smoke coming out of the spire’s base, Marc Eskenazi, a representative for Europe Echafaudage told Reuters.

“Shots were taken every 10 minutes starting from Monday at 2 p.m.,” Eskenazi said. “Smoke can be seen on these images. It starts on the south side” he said.

So far the authorities have said the fire appears accidental, although they have not ruled out arson. Police sources say an electrical fault is one possibility.

The office of Paris public prosecutor Remy Heitz did not respond to a request for comment on the images.

Investigators have been able to access some areas of Notre-Dame, including its two bell towers, though parts of the historic nave remained too dangerous to enter more than 72 hours after the fire.

The damage to one of France’s best loved monuments prompted an outpouring of national sorrow and urgent calls for the authorities to find out what caused the fire.

(Graphic: The fire at Notre-Dame – tmsnrt.rs/2XgGCRi)

Scaffolding specialist Europe Echafaudage, a unit of Le Bras Freres, a family-owned business of 140 employees based in Lorraine in eastern France, had almost finished erecting the scaffolding around the spire, 14 months after starting.

The company’s 12-strong team was the only one working on site on the day of the blaze.

Europe Echafaudage, and a second company involved in the project, Pro Tech Foudre, have said they followed strict safety procedures.

Pro Tech Foudre, which was to start work removing the lightning rod that ran down from the spire’s top, described Europe Echafaudage as a reputable company with a strong safety record and experience working on prestigious sites, including the Pantheon and Louvre museum in Paris.

“These are very serious people. They go beyond the architects’ demands. When they’re asked for a Porsche, they deliver a Rolls,” said Anthony Dupuy, manager of Pro Tech Foudre.

“There are other companies for which I’d have said they were asking for it, but not this one.”

Dupuy, who was involved in work to Notre-Dame in 2013, said safety regulations were very strict at the centuries-old site, with a focus on fire prevention. All extension chords had to be unplugged every night and smoking was not allowed anywhere.

The scaffolders started leaving work at 5:20 p.m. on Monday evening and by 5:50 p.m. – half an hour before the first alarm sounded – all were gone, Eskenazi said.

“The procedure says that at the end of the day, electricity on the site is turned off. So we turn off the lifts and the scaffolding’s lights, and we hand over the keys to the sacristy’s concierge,” he said.

“That’s exactly what the workers did. They followed the procedure, and it was of course duly noted in the registers at the sacristy.”

There was no welding machine or blowtorch on the site, he added.

Police sources confirmed no welding was being done at this stage to the site.

The outside scaffolding had no sprinkler system, but was equipped with movement detectors which did not go off, Eskenazi said. The alarms that activated were the cathedral’s own, he added. That may also yield clues as to where the fire started.

Investigators are trying to understand why the fire was not detected when the first alarm rang at 6:20 p.m., prosecutor Heitz has said. A second alarm sounded at 6:43 p.m., at which point the fire was detected in the roof.

An hour later, the spire, engulfed in flames, collapsed to the gasps of hundreds of dumbstruck onlookers.

André Finot, Notre-Dame’s spokesman said, there were “smoke detectors everywhere” that were connected to the cathedral’s safety HQ at the presbytery, where a firefighter is posted 24 hours a day. 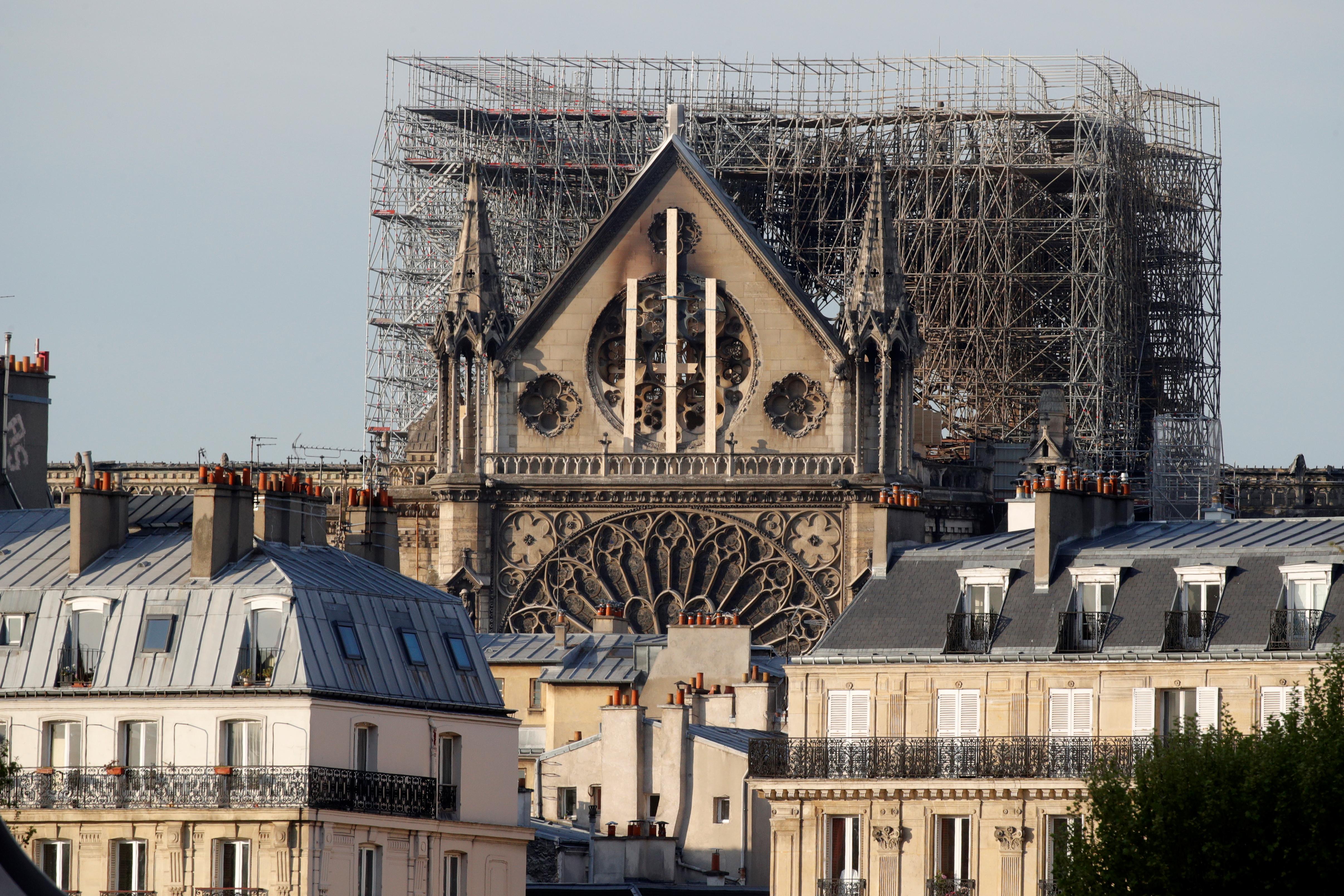 “If something goes off, there is an agent inside the cathedral who can go make checks,” Finot said. He said he was not able to comment on the checks that were carried out after the first alarm sounded.

If indeed the fire was not arson, an electrical source would almost certainly be to blame, one police source said.

“If it’s an accident, there’s a 90 percent chance it came from an electric source, the police source said. “It was the only source of energy in the building.”