On the morning after the unfathomable tragedy in its Annapolis newsroom, the Capital Gazette somehow published a newspaper.

"Yes, we're putting out a damn paper tomorrow," the Capital's Twitter account had promised in the wee hours, repeating a defiant statement made hours earlier by one of the paper's reporters, Chase Cook. 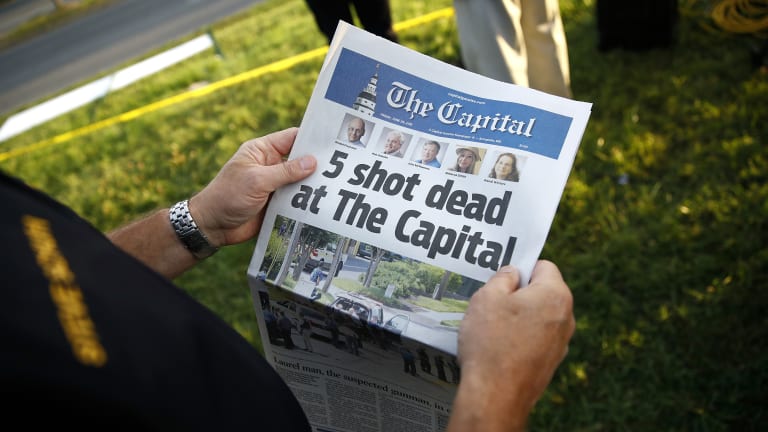 A reader holding a copy of The Capital Gazette near the scene of a shooting at the newspaper’s office.

Cook's was the first of 10 bylines on Friday's front page, on the only story that mattered, about the shooting deaths of his Capital colleagues.

Above the story and its enormous two-deck headline were photos of the five victims, just below the newspaper's nameplate.

More details about the mass shooting were on Page 2 of the A section, the newspaper noted in a small front-page box, and a history of the Capital Gazette was on A3. Profiles of the victims appeared on A4 and A5.

Editorials were on A9, just after the obituaries page, according to the standard A1 index. 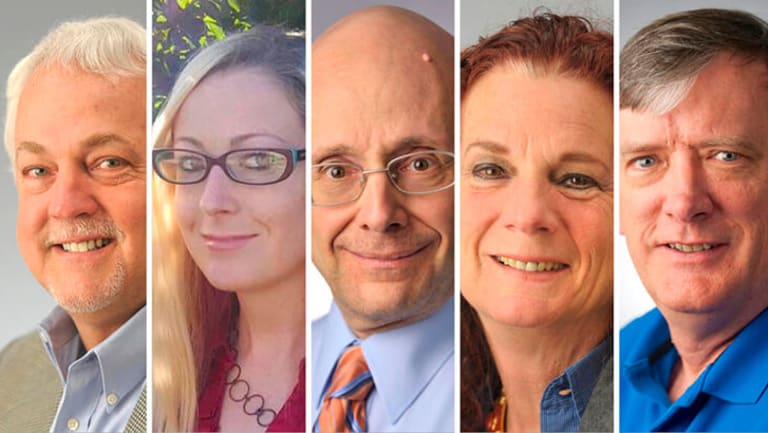 But there was nothing standard about the Capital Gazette's editorial page on Friday.

It was almost entirely blank – a vast and heartbreaking expanse of white with just 56 words in the centre.

"Today, we are speechless," the newspaper wrote. "This page is intentionally left blank to commemorate victims of Thursday's shootings at our office."

And then it named all five of them, starting with Fischman, the award-winning Opinion page editor.

"The @capgaznews Opinion page is powerful," photojournalist Christopher Assaf tweeted. "Empty. Void. Like the lives of those who knew the dead, worked with them, or, without realising it, were affected by their work in the public's interest."

The newspaper added that the editorial page would return to regular programming – or at least "its steady purpose" – on Saturday.

"Tomorrow this page will return to its steady purpose of offering our readers informed opinion about the world around them, that they might be better citizens," the page read.