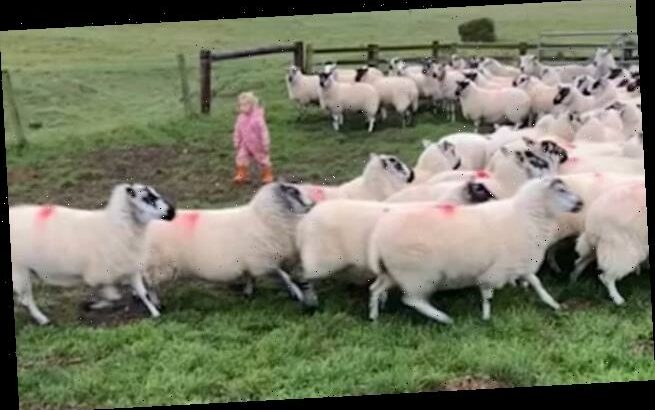 ‘It’s working!’ Delighted toddler single-handedly shepherds a flock of sheep into their pen in adorable footage

This is the comical moment a delighted toddler effortlessly herds a flock of sheep into their pen as her father watches in awe.

Daniel Willard, from Norfolk, had been teaching his two-year-old daughter Isabelle how to round the flock of sheep when she decided to run towards them and take charge.

The enthusiastic toddler was able to herd the sheep into their pen within seconds before excitedly shouting to her father: ‘It’s working!’ 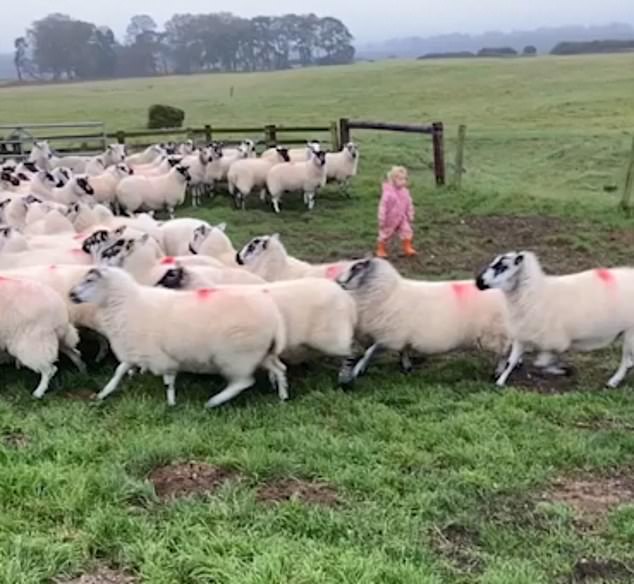 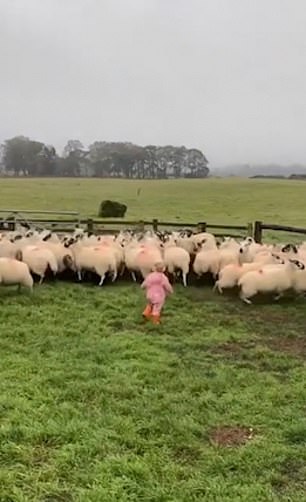 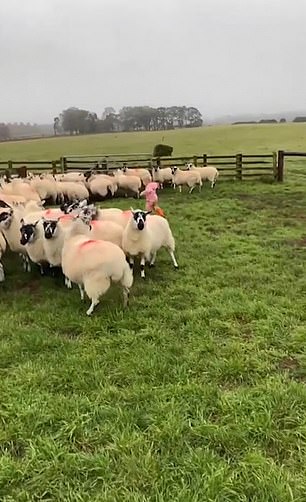 During the clip, the young girl runs towards the flock and watches as they begin to disperse.

She begins to direct them towards the pen as her father shouts: ‘Isabelle! Isabelle, that will do!’

The toddler disregards Mr Willard’s instructions and continues to encourage the flock to enter their pen as her father says: ‘Come this way. Isabelle you hooligan you!’

As the sheep slowly move into their pen, Mr Willard shares his surprise at his daughter’s abilities.

He says: ‘She is putting them in the cage. They’re definitely going. It’s working! Get the gate. All in.’ 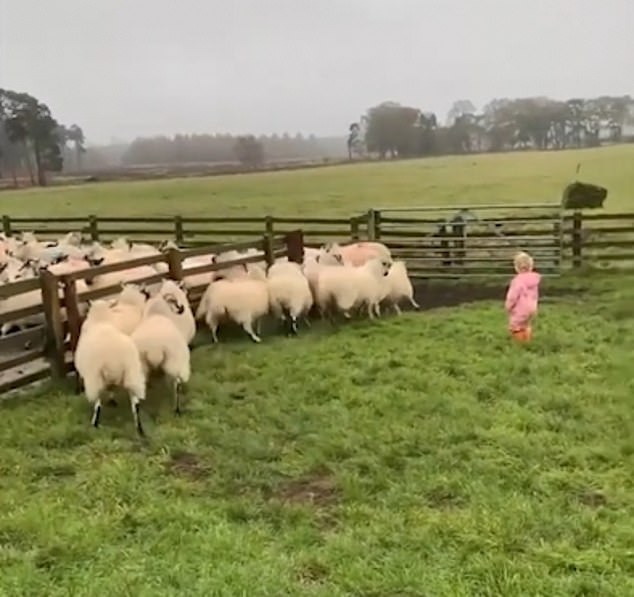 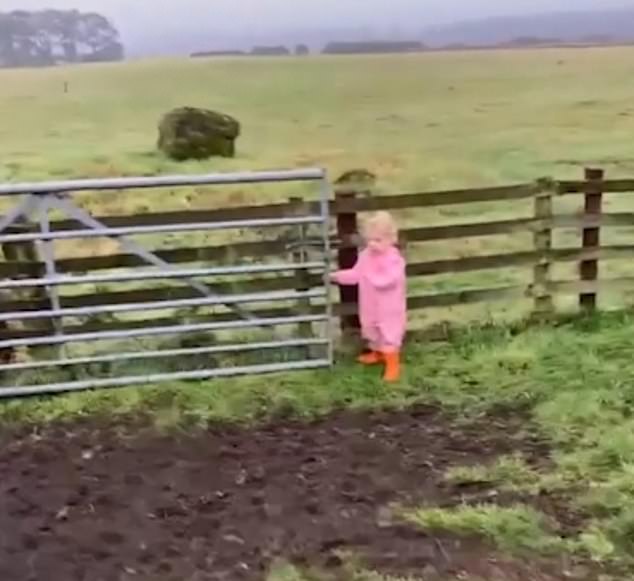 With the sheep now in their pen, Mr Willard praises his daughter’s efforts and tells her to close the gate

He then looks down at his dog stood beside him and adds: ‘Me and Nell did nothing.’

Mr Willard later told Storyful: ‘She absolutely loves animals and being outside.

‘We have been very lucky with our way of life, especially over the last year! Definitely not an indoor child.’