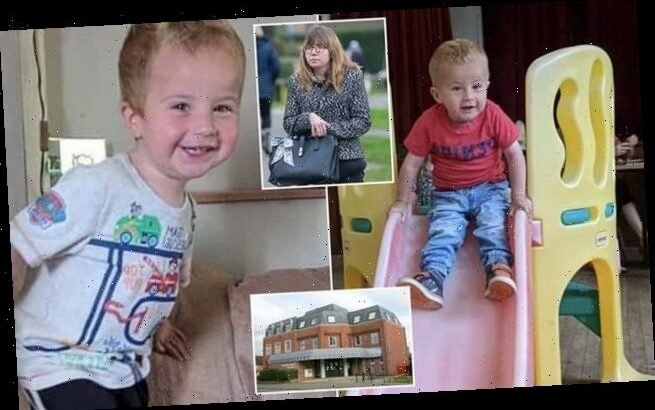 The death of a toddler who choked on a piece of sausage at a Butlin’s holiday park has been ruled accidental at an inquest today.

James Manning had been on a trip to Bognor Regis, West Sussex, with his mother Natalie Reeves and grandmother Angela Knight when tragedy struck.

The two-year-old, from Battle in East Sussex, was rushed to hospital and put on life support after choking on his breakfast but died two weeks later on June 20, 2018.

The inquest had heard paramedics racing to the toddler’s aid abandoned their ambulance after finding the road blocked by closed gates and that James had enlarged tonsils and was on a non-urgent waiting list for surgery by the NHS. 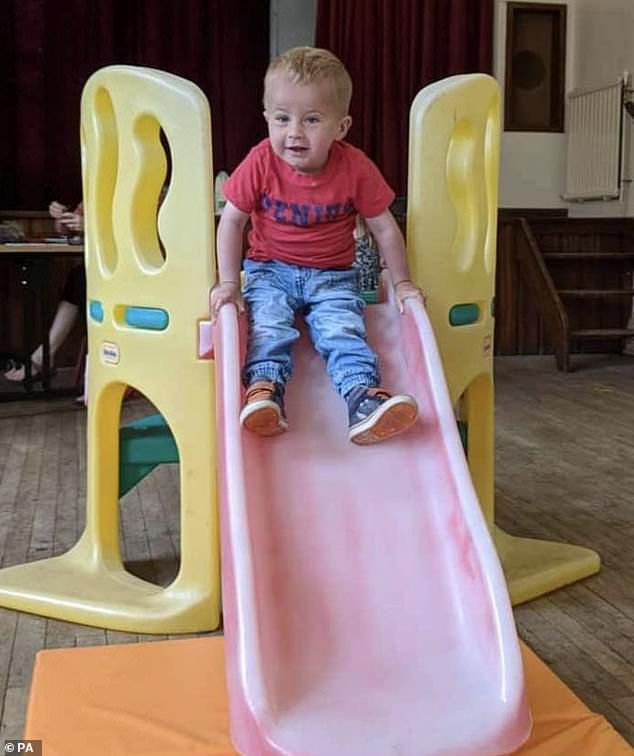 The death of James Manning, two was today given as an accident at an inquest in Crawley, West Sussex

His mother had claimed Butlins staff had been ‘standing around’ as members of the public helped her son, which the company refutes.

Assistant coroner Karen Harrold today concluded James’s death was accidental, adding earlier intervention from the paramedics could not have saved his life, and that everyone at Butlin’s ‘did their best’ for him.

‘This was a fast-moving, distressing incident for everyone involved in the effort to save James’s life.

‘The conclusion of accidental death was in no way intended to trivialise what can only be described as a horrendous occasion that occurred on the 6th of June and I am sure will remain with you for life.

‘My heart goes out to you.’

The hearing was previously told on the morning of June 6 the family made their way down to the food hall for breakfast and chose a table in the buffet area.

His mother Natalie and grandmother put food on a plate for James to eat and began to cut it up into bite-size pieces. 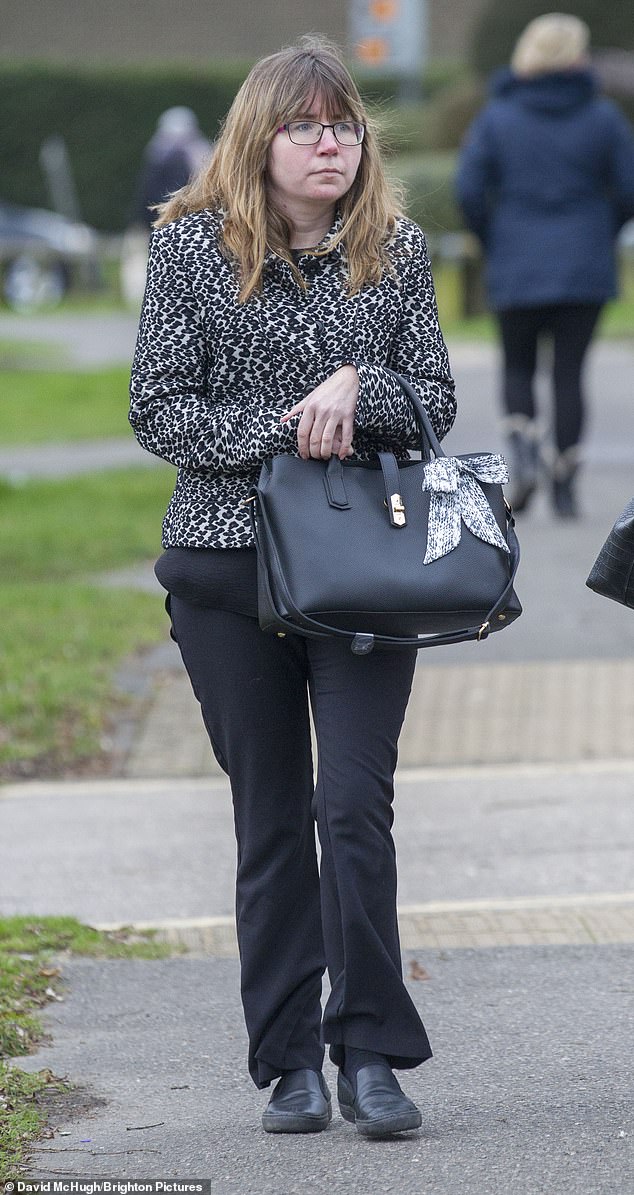 Mother Natalie Reeves, pictured arriving at an earlier hearing, says she can recall what happened ‘in a second’ 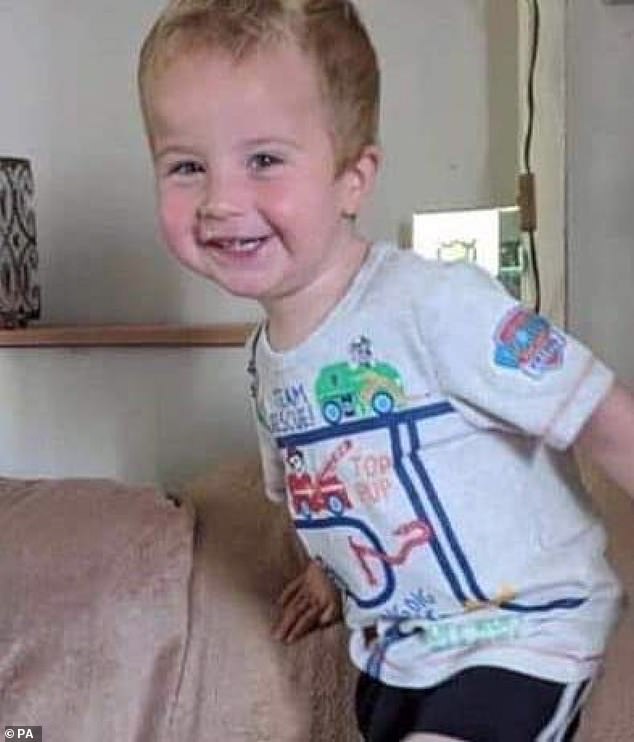 Little James Manning, two, was on a non-urgent list with the NHS for surgery over his enlarged tonsils before the tragedy happened

However James grabbed a piece of sausage from the plate before it had been cut up and swallowed it.

Miss Reeves said: ‘He gasped it down instead of spitting it out. I said: ‘I think he’s choking’ but I didn’t know how big it was.’

As he struggled to get his breath she grabbed her son and rushed towards a member of staff hoping to find someone with first aid training.

She told the staff member James was choking before dashing outside the building to look for someone to help.

She hit the toddler on the back and attempted the Heimlich Manoeuvre as fellow holidaymakers tried to assist.

James’ grandmother, Angela Knight, said: ‘There was a few staff stood around but there was no Butlins staff that helped with James.

‘There were Butlins staff there but none of them helped. None of the first aiders assisted with James.’ 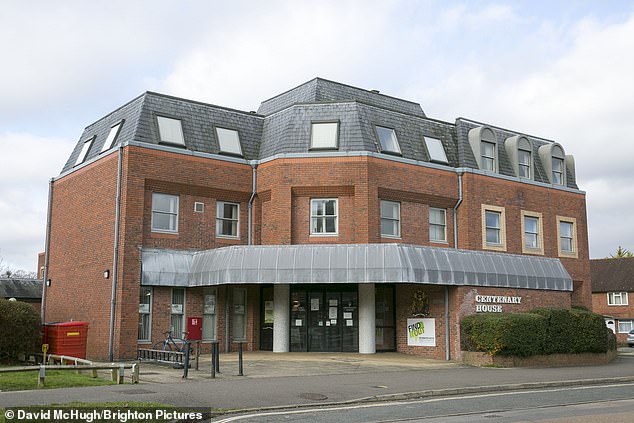 Today James’s mother and members of her family wore T-shirts dedicated to her son at the hearing, with hers reading ‘Justice For James’.

Speaking afterwards as she held an Iggle Piggle soft toy she said ‘I can literally close my eyes and recall it in a second.

‘The inquest obviously has been very difficult to hear because they’ve been repeating the events of the day several times and every appointment, and everything that’s been mentioned, I was there for every second of it.

‘I think it just was not fair on James.’

Days before the tragedy, Ms Reeves had called to ask about James’s place on a hospital waiting list, and told a hospital secretary: ‘If you do not do something for my son, something bad is going to happen.’

The inquest resumed in March 2021 following a lengthy adjournment because of the coronavirus pandemic.