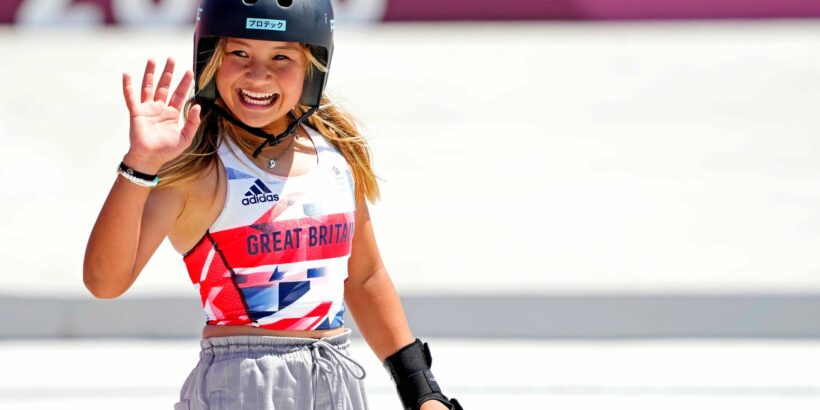 Sky Brown, the youngest athlete to compete at the summer Olympics for Team GB, has won the bronze medal in the women’s park event at the Tokyo Games.

The 13-year-old skateboarder had qualified in second place for the final at the Ariake Urban Park, with a best score of 57.40.

After falling in her first two runs of the final, she nailed her last attempt with a score of 56.47 to finish behind Japanese pair Sakura Yosozumi, 19, and Kokona Hiraki, 12. 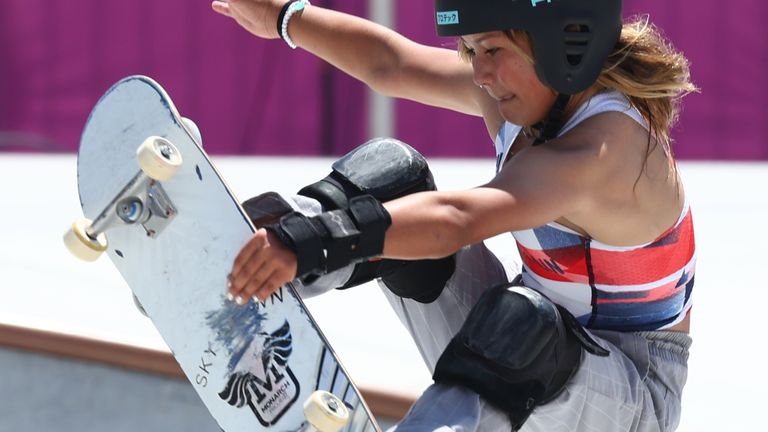 After her heats, Brown had told the BBC: “That was insane. It is crazy. It is crazy to be here, and skating with all the girls has been really fun.

“Everyone has been ripping. It is awesome to be here. I didn’t think about the scores. But I am really stoked on that score – very stoked.”

Brown’s achievement is all the more remarkable for the fractured skull and broken bones she suffered during an horrific fall in training last year.

The teenager posted a video clip of the fall on her Instagram account, which has approaching one million followers, along with the message: “I’m excited to come back even stronger and even tougher. My heart wants to go so hard right now.”

Brown, who was born in Miyazaki, Japan, to a Japanese mother and British father, competed at the US Open in 2016 at the age of eight, and first chose to compete for Great Britain in 2018.

She warmed up for the Games by winning gold in the prestigious X Games last month, although neither of her key Olympic challengers, Okamoto and Hiraki, were present.

Hiraki was first up of the major contenders in qualifying amid the hottest day of the Games so far, with the temperature tipping 32 degrees with 90% humidity.