Steve Hedley, senior assistant general secretary of the RMT, was assaulted by supporters of Robinson, according to anti-fascism campaigners Hope Not Hate, but the perpetrators could not be immediately verified independently. 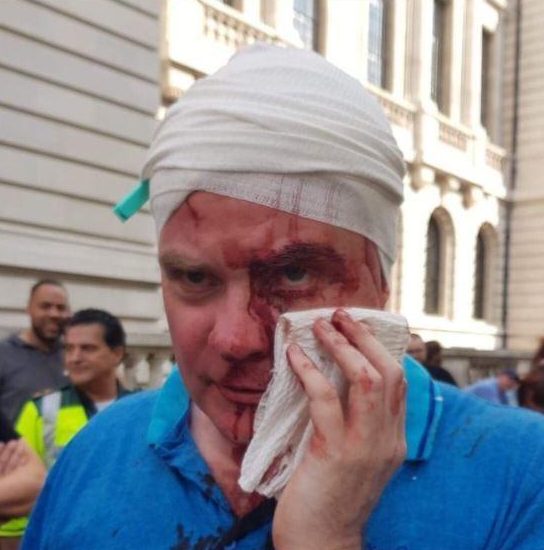 Witnesses said a mob ambushed two men at the Westminster Arms pub in central London on Saturday afternoon in a targeted attack.

"They (the attackers) knew what they were doing," one witness, who asked not to be named, said.

Smashed glass was strewn across the pavement outside the establishment on Storey's Gate, and pictures showed Mr Hedley with a bandaged head and bloodied face.

Scotland Yard feared violence ahead of the rally in support of 35-year-old Robinson, who was jailed for 13 months for contempt of court after filming people involved in a criminal trial and broadcasting the footage on social media. 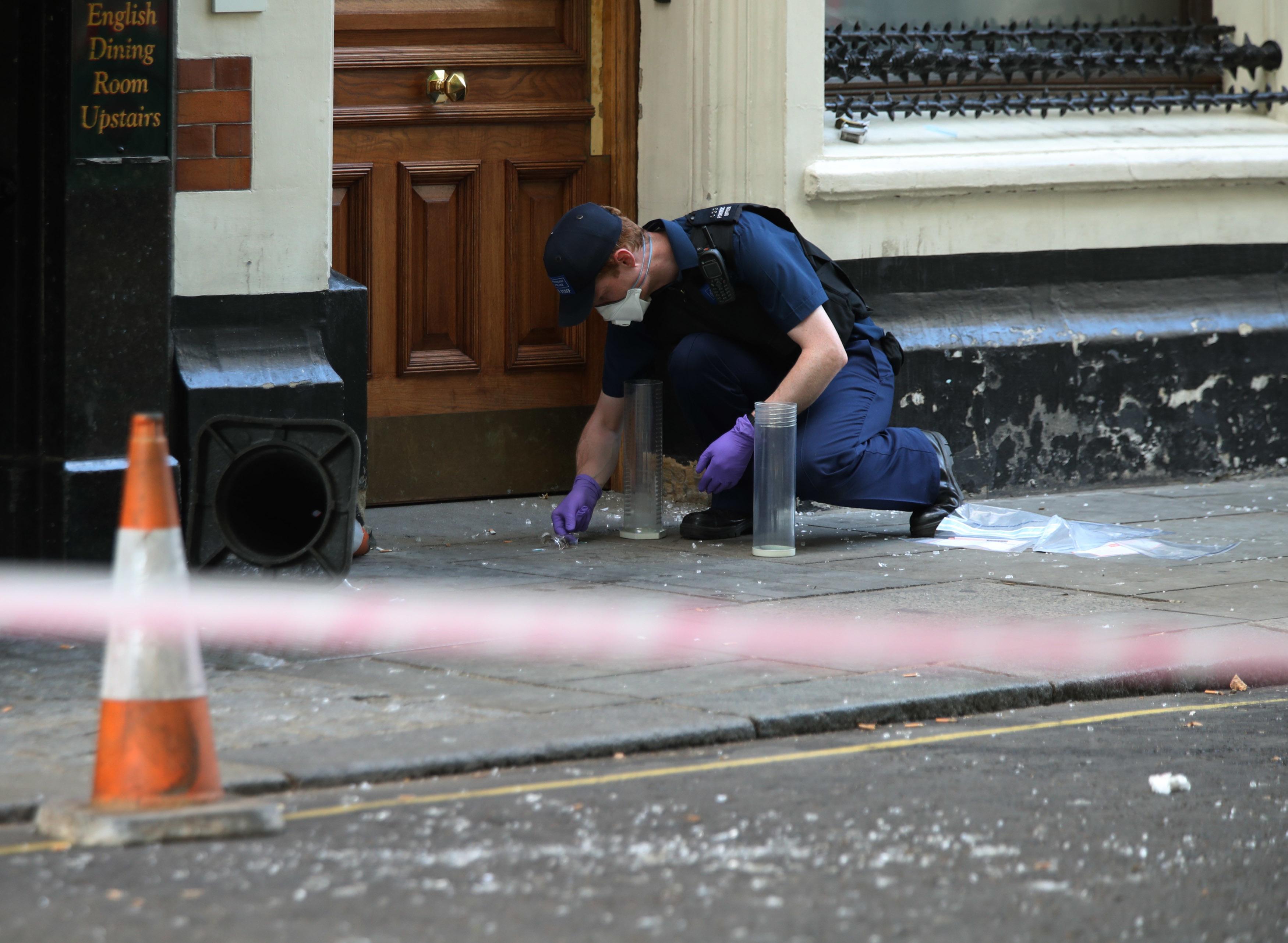 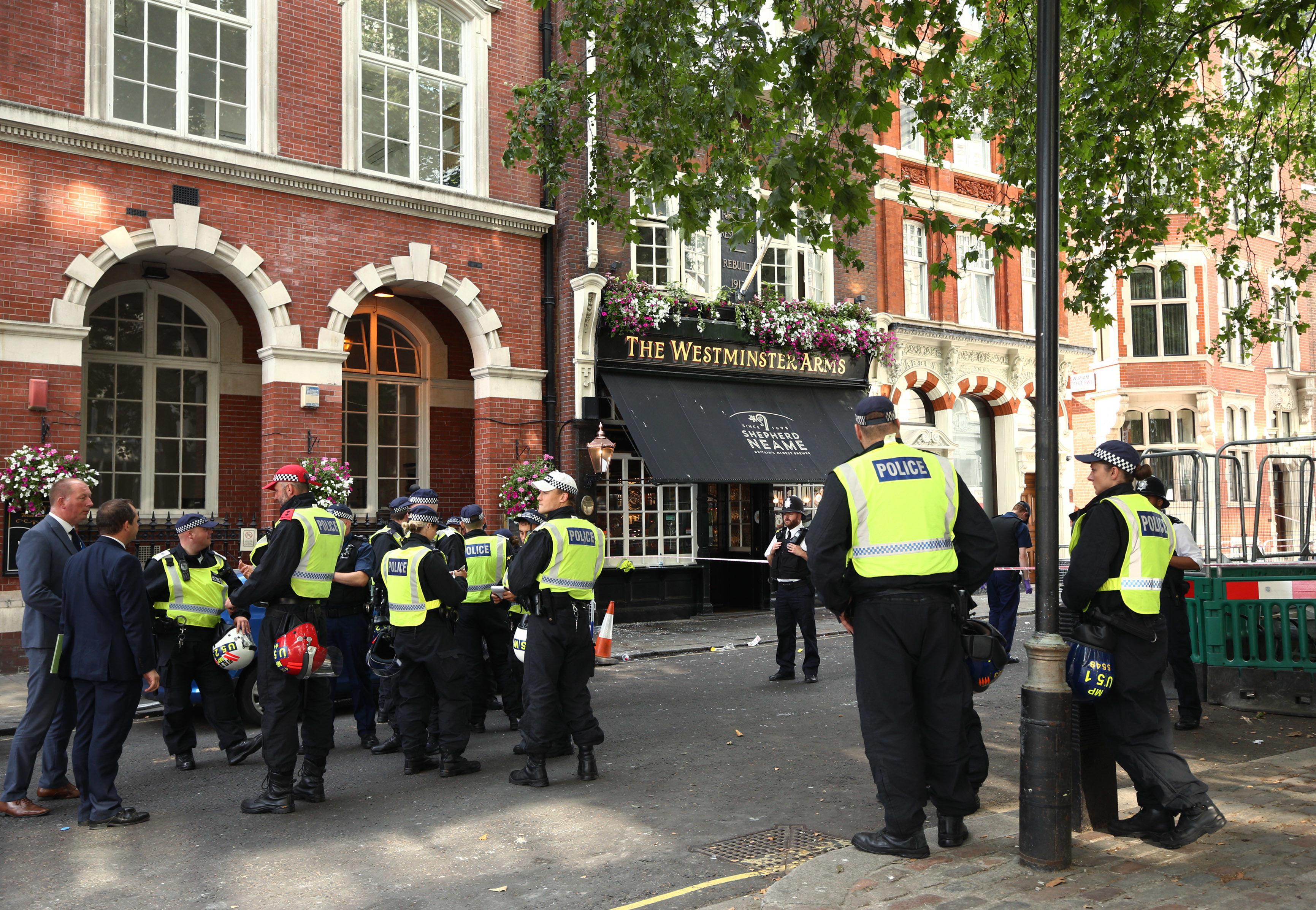 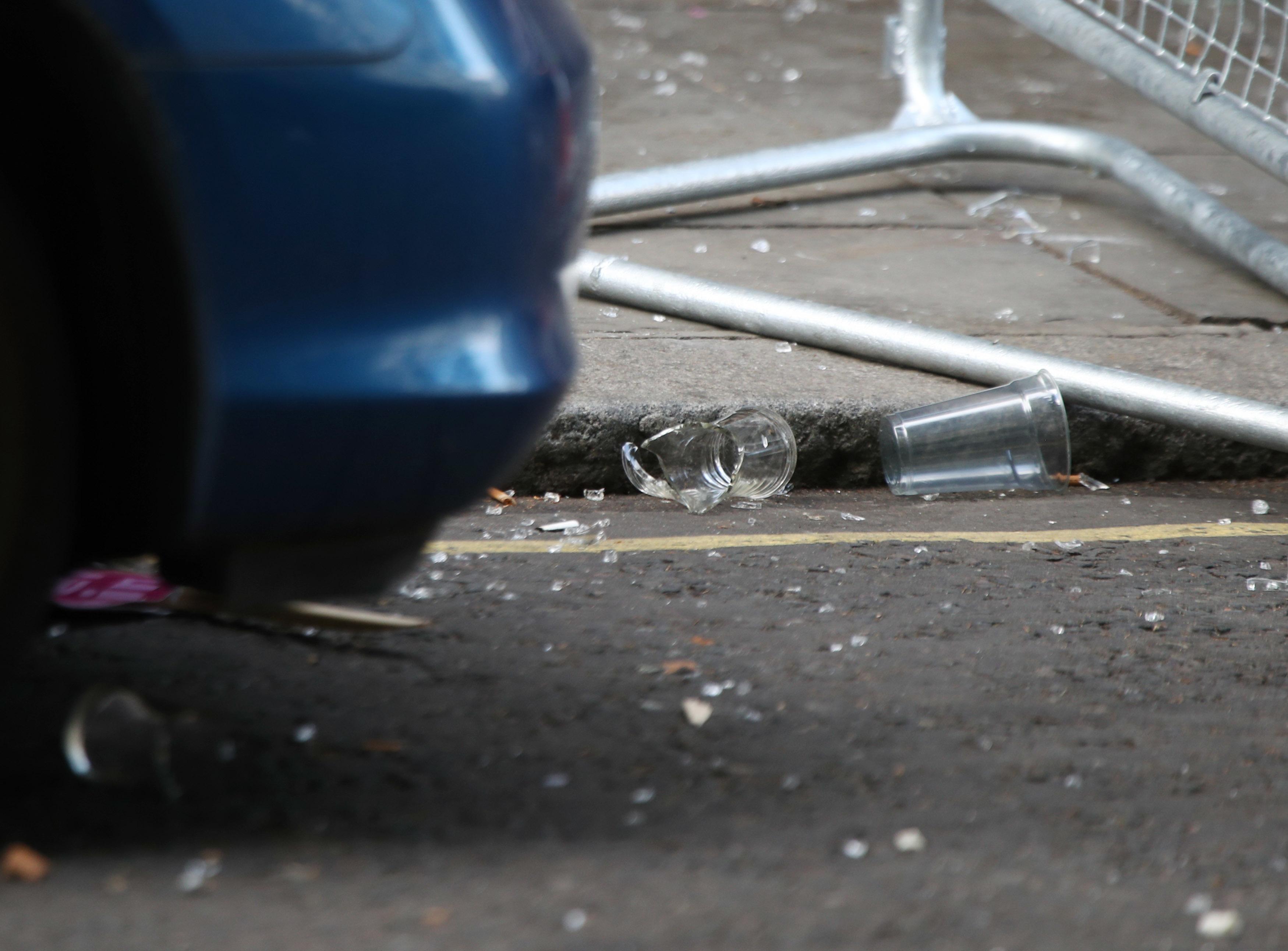 The Metropolitan Police could not immediately comment on Mr Hedley's attack.
The force said a total of 12 people have been arrested as part of the demonstrations

At the demonstrations earlier today, one man was seen clutching a bat, and police were seen holding others back from the scuffles earlier today.

Photographs of the disturbances came as thousands joined a march in support of the jailed activist today in central London. 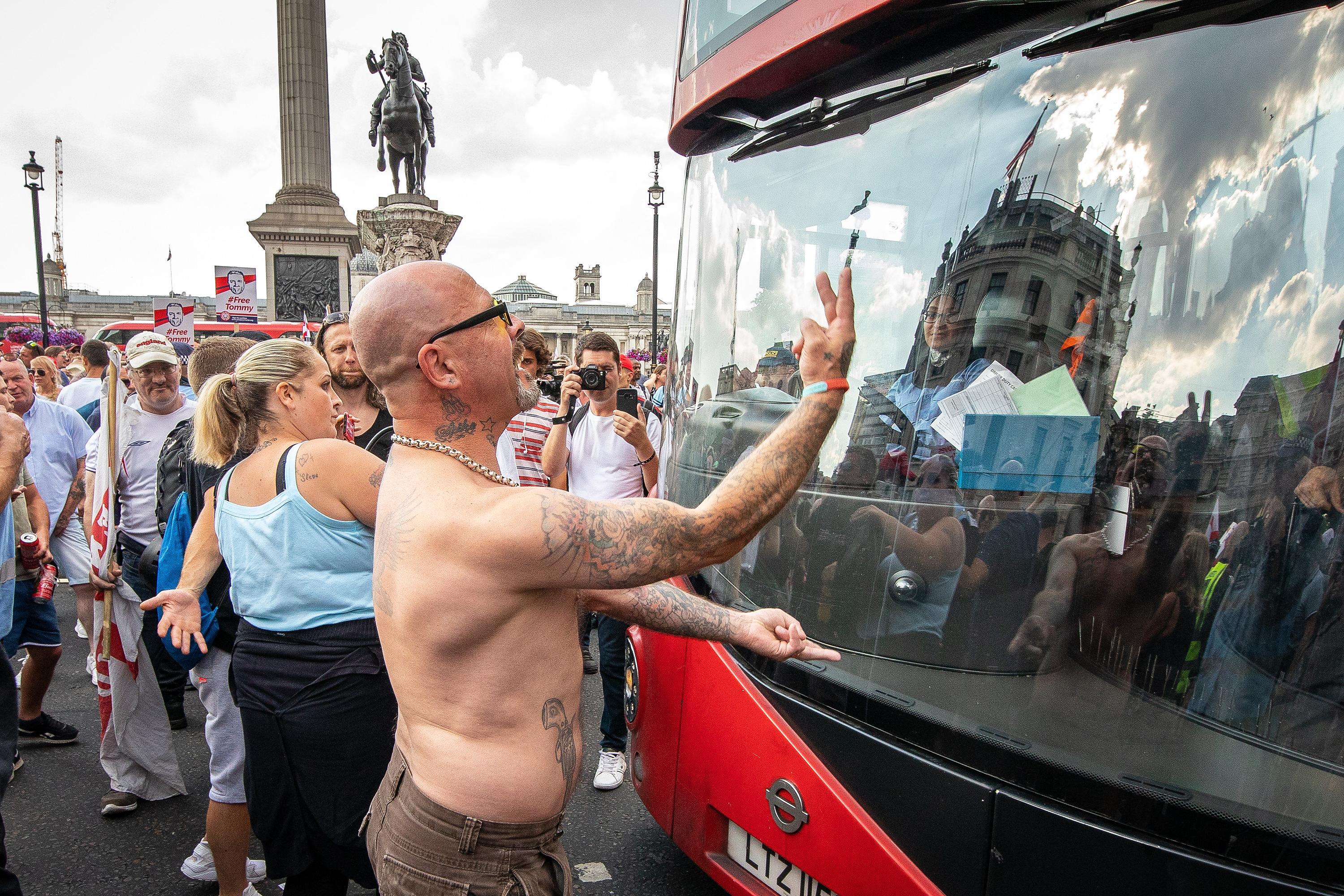 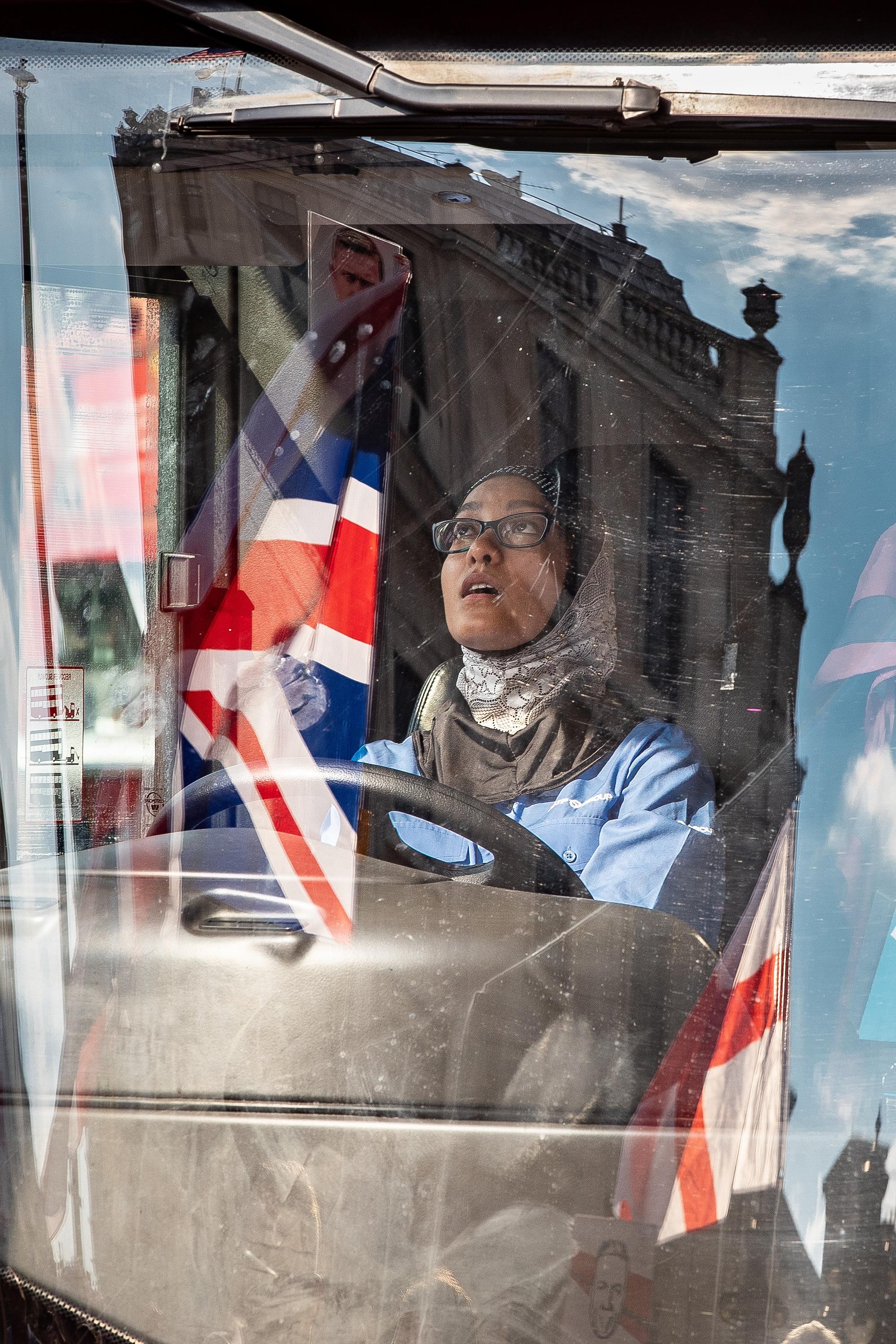 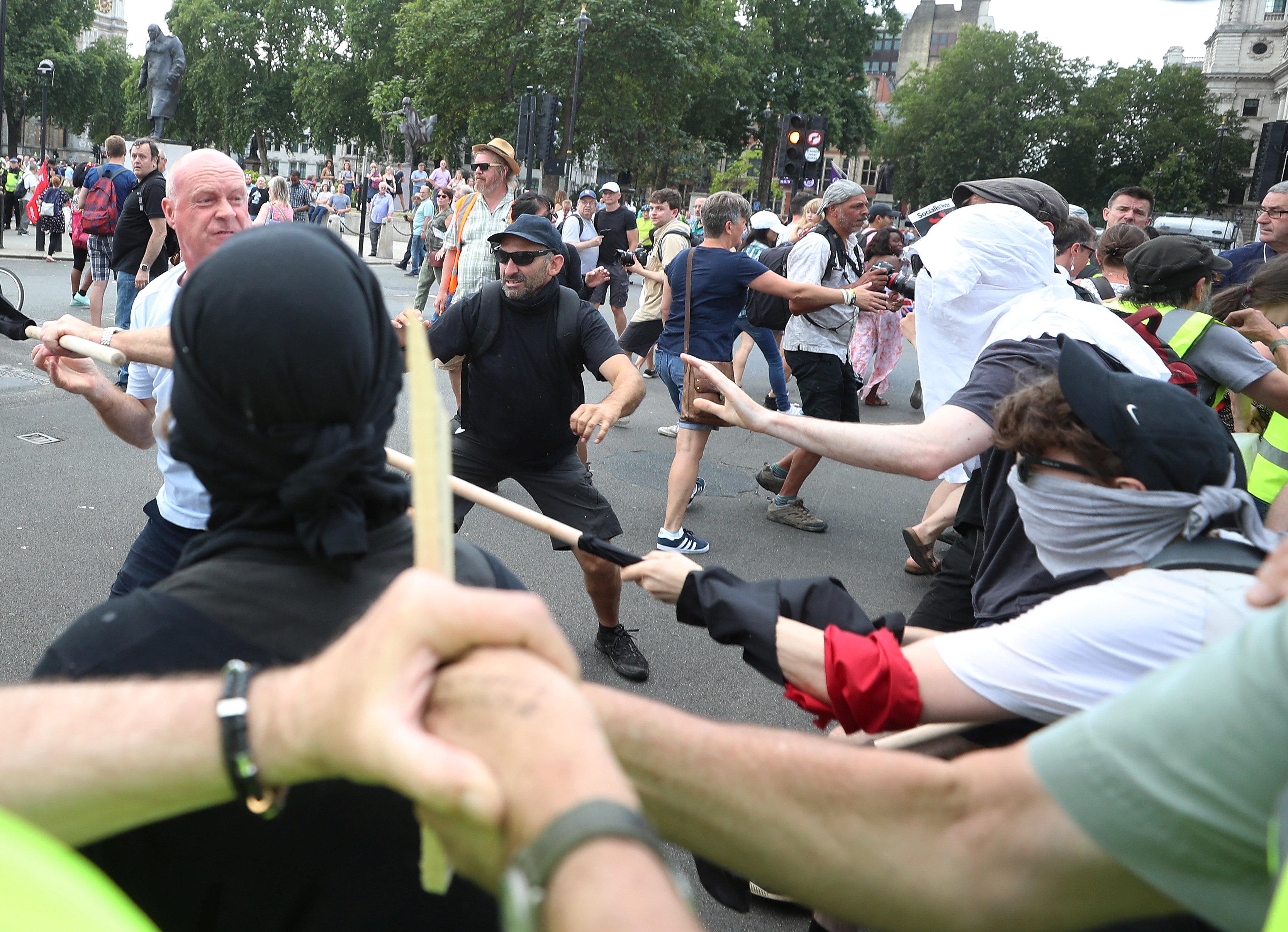 Demonstrators chanted his name and "we want Tommy out" as others delivered speeches demanding he be freed.

But anti-fascist protesters were quick to confront them, many of them armed with sticks and wearing balaclavas.

Onlookers on the scene said the scuffles were quickly brought back under control by police, who had a heavy presence for today's demos.

Reports suggested that up to 3,000 Tommy supporters came out on Whitehall today. 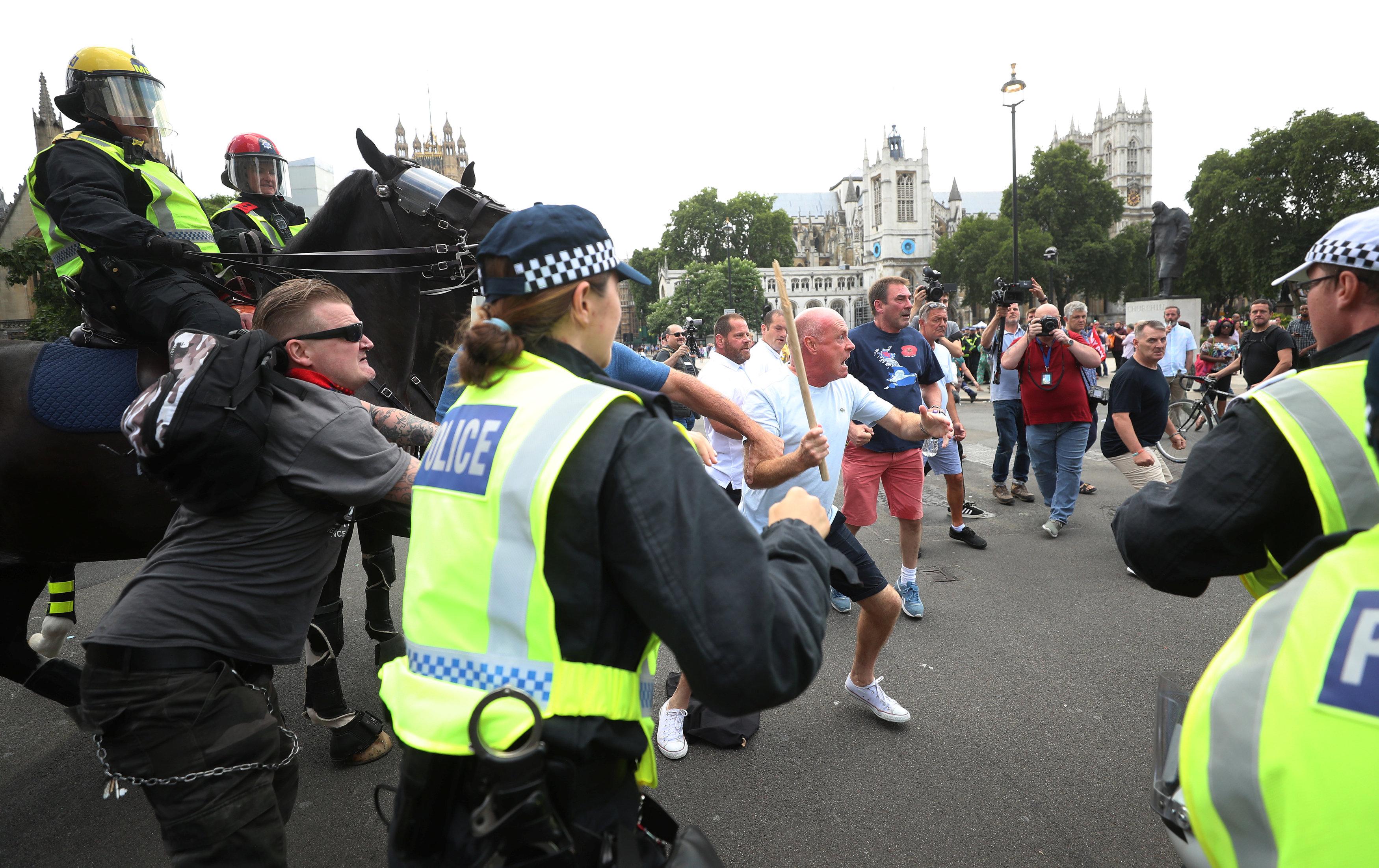 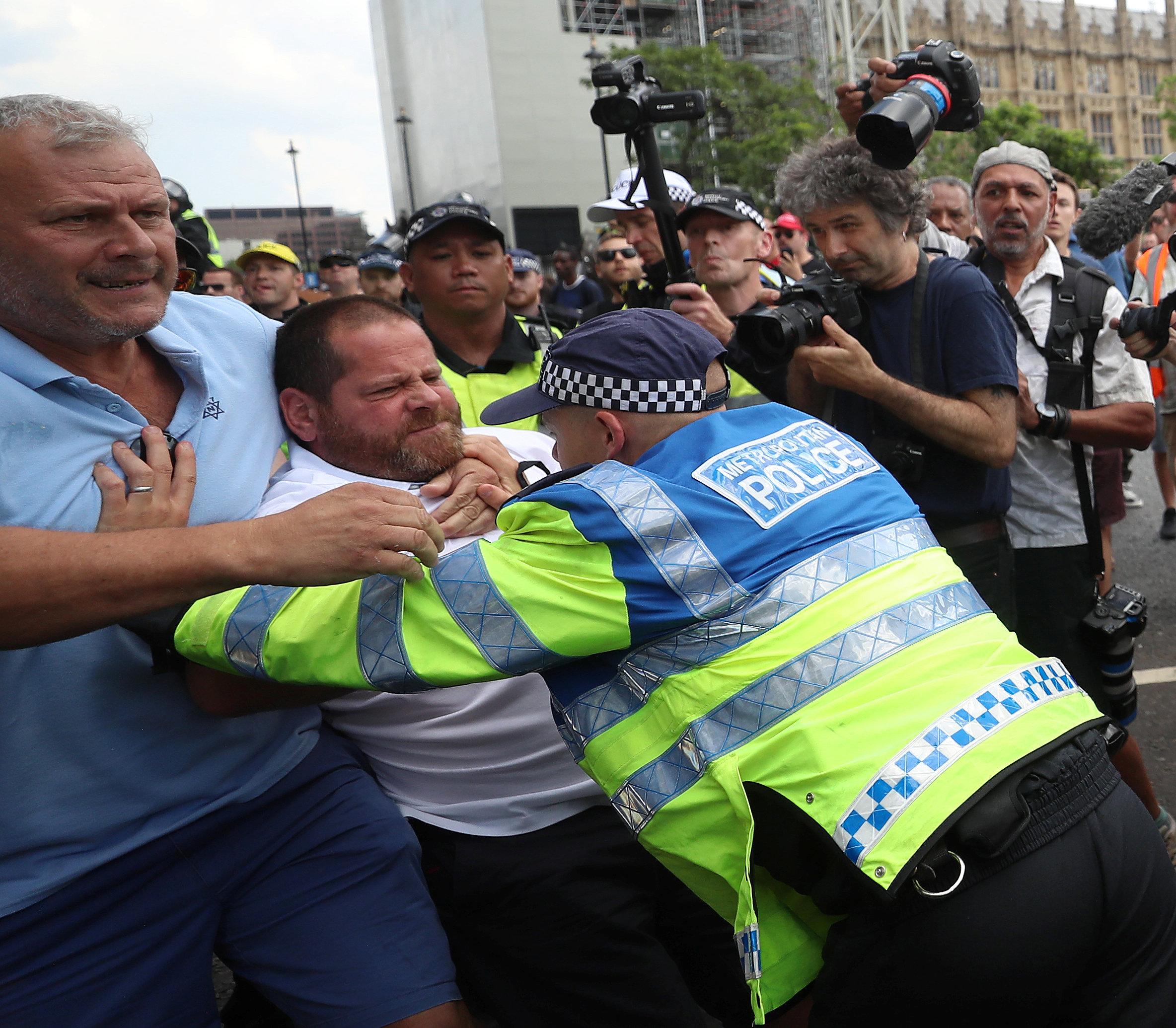 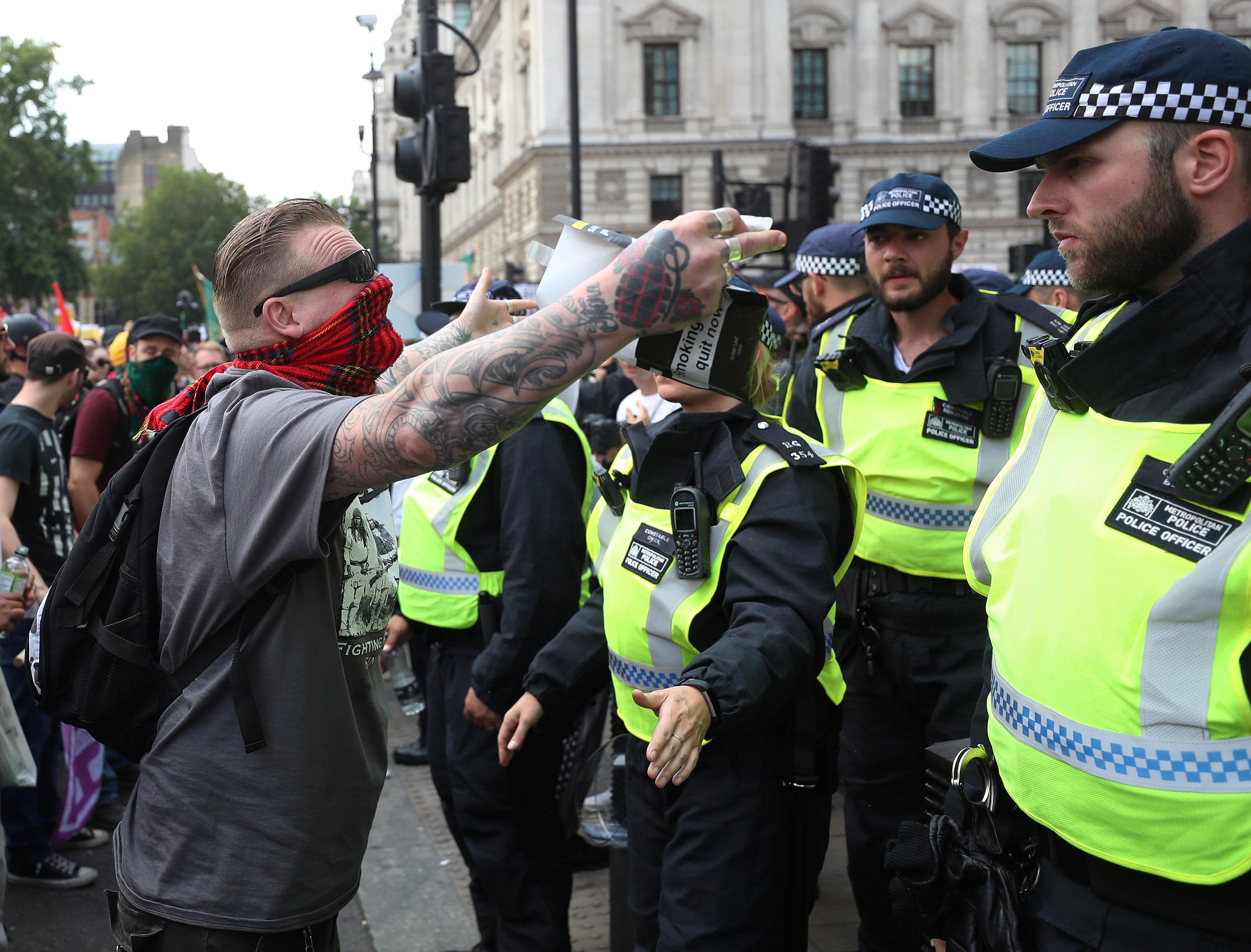 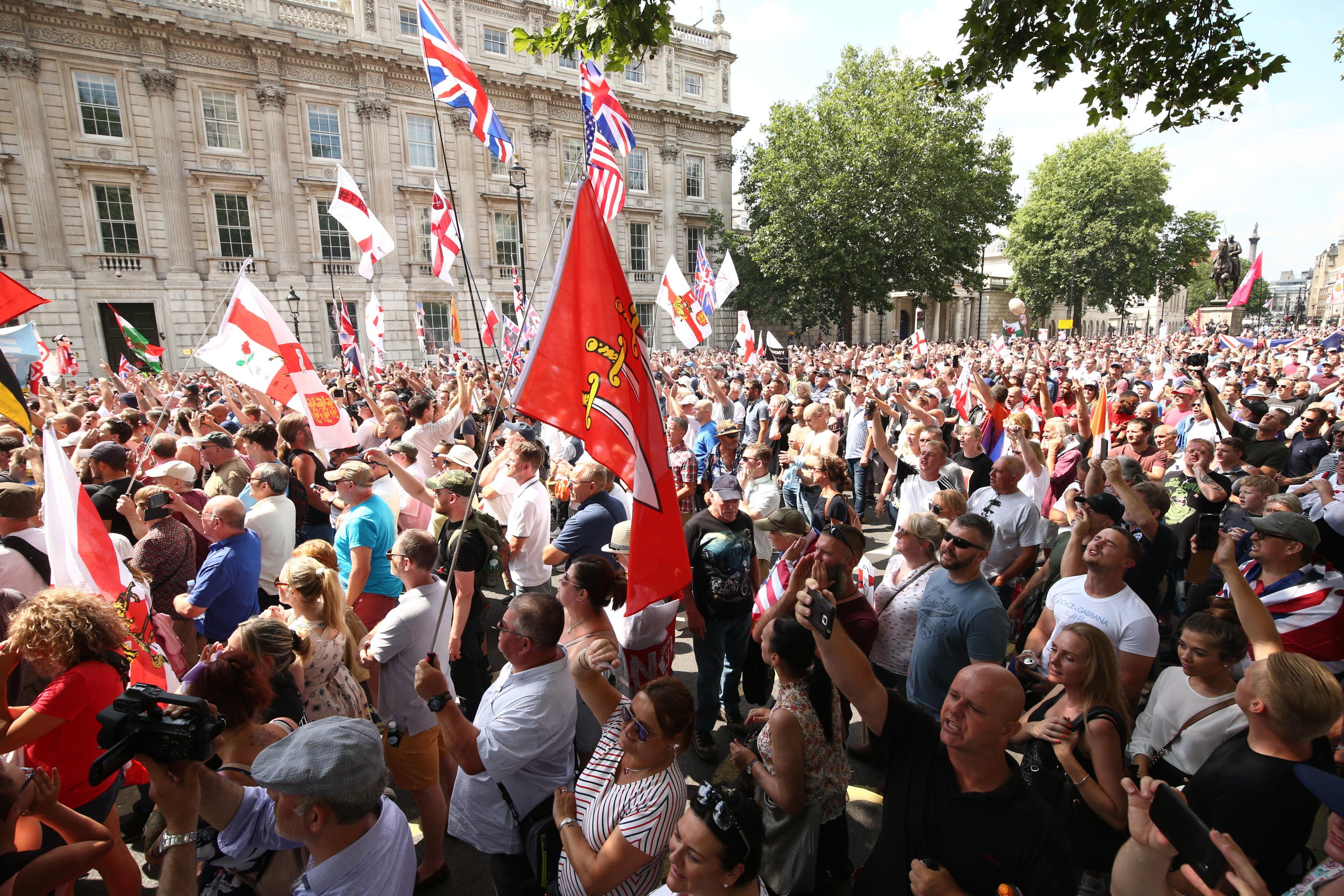 Robinson, whose real name is Stephen Yaxley-Lennon, though he also uses other aliases, is a founder of the English Defence League, which has organised violent demonstrations against Islamic immigrants in the UK in the past decade.

More recently, Robinson has branded himself a journalist and campaigner against Islamic extremism, a move that won him contacts with American anti-Muslim activists.

Some of the pro-Tommy supporters today had joined with a small procession of Donald Trump backers, who had marched from the US Embassy in Battersea to show their appreciation for the US President.

Police had already been forced to put restrictions in both demonstrations amid fears of violence.

A separate demo last month saw protesters clash with police then too. 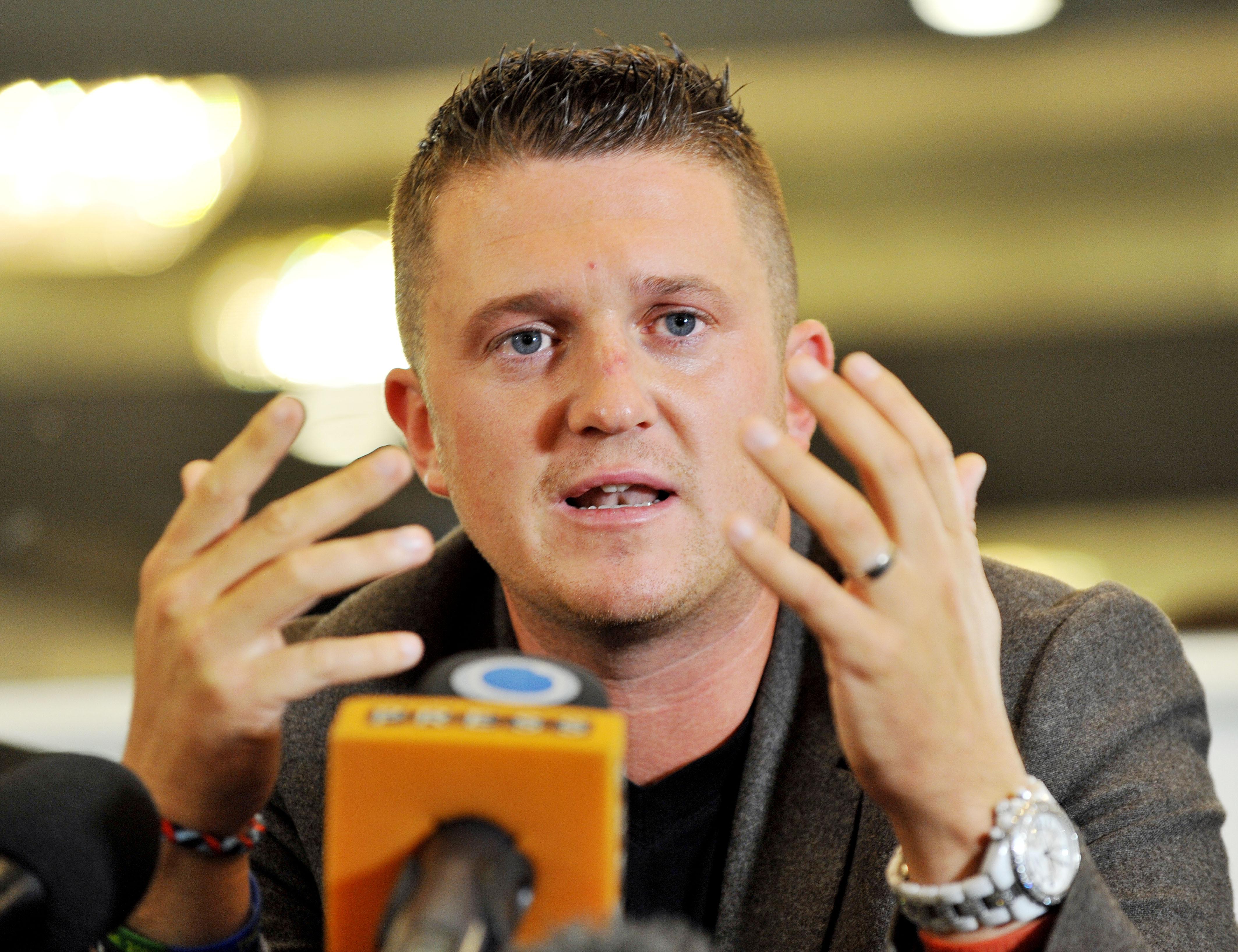 CONTEMPT DEFINED: What is contempt of court and why can you be jailed for it?

Tommy Robinson was jailed for contempt of court after publishing material that could prejudice an ongoing trial.

In the UK, a person can be found in contempt of court if they wilfully defy a court order.

According to the Crown Prosecution Service, the main types of the offence can be physically interfering in a trial, threatening witnesses or obstructing justice.

Showing disrespect to a judge can also be contempt of the court.

If someone is in contempt of the Magistrates' Court, a person can be imprisoned for one month or face a fine of up to £2,500.

But for those in contempt of a crown court, they can be jailed for up to two years or face a fine.

In the UK, media can only report the facts of a case.

In the US, contempt of court is generally not considered to be a criminal offence.

Due to the First Amendment, the media outlet cannot be found in contempt of court. 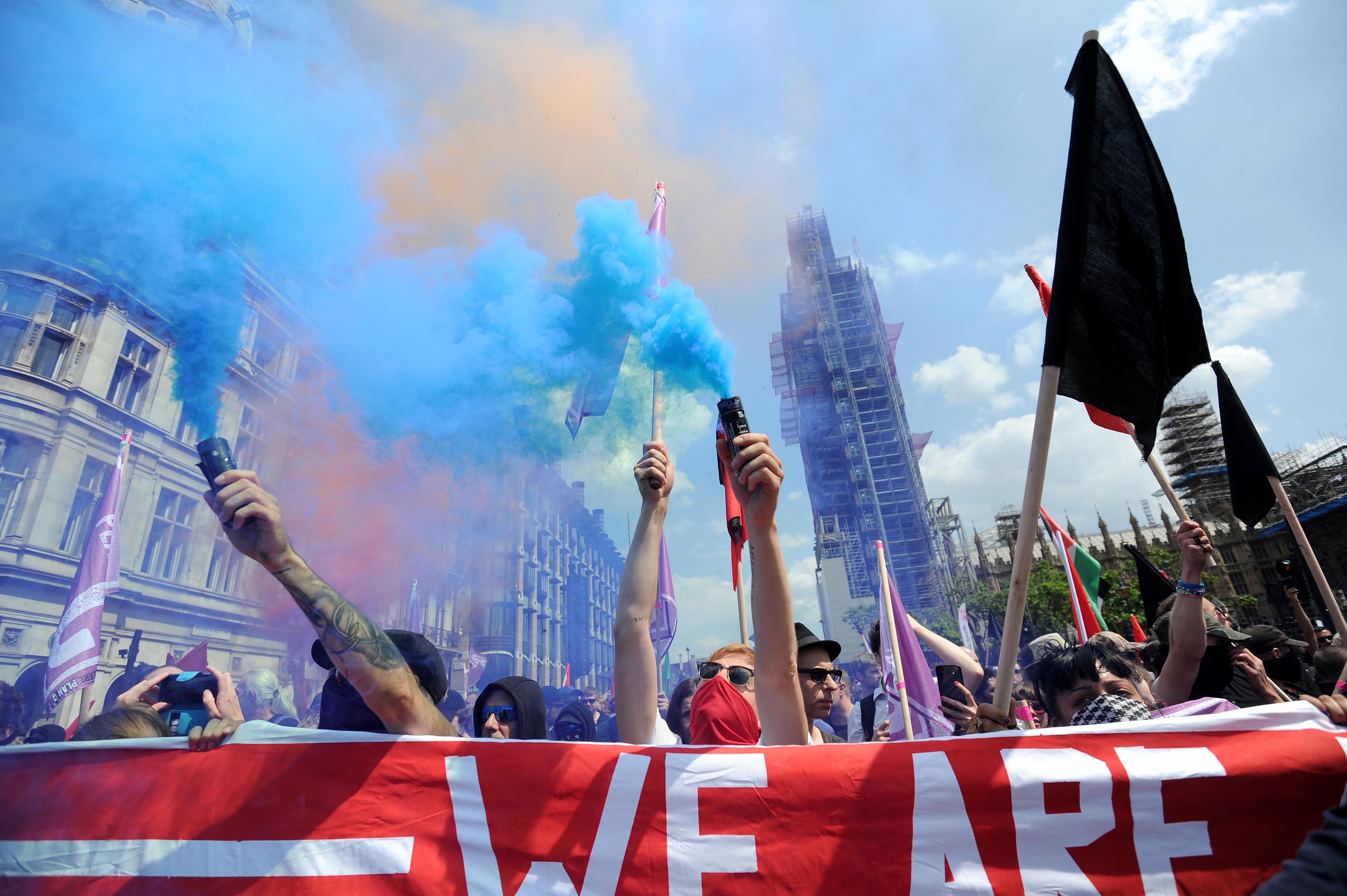 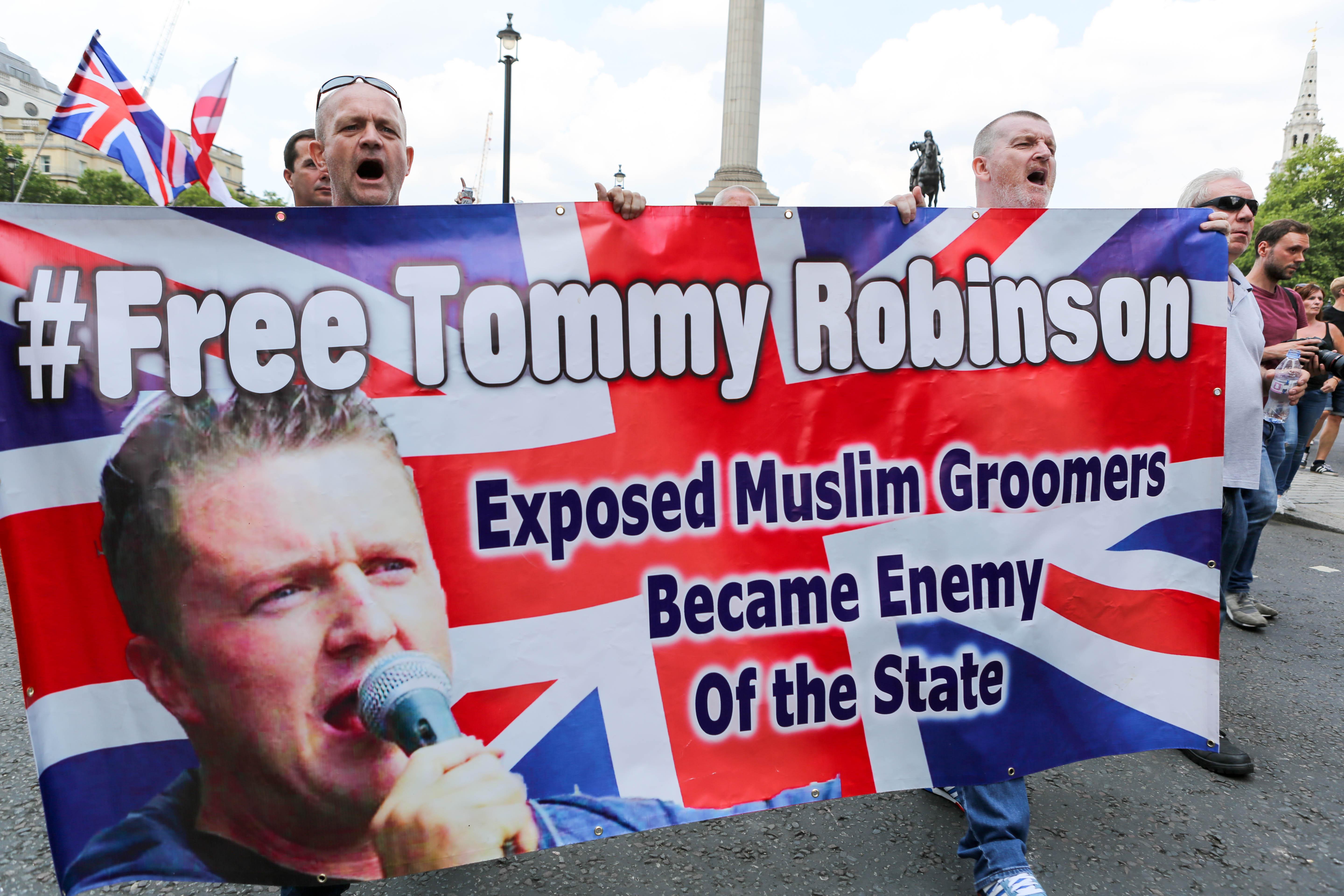 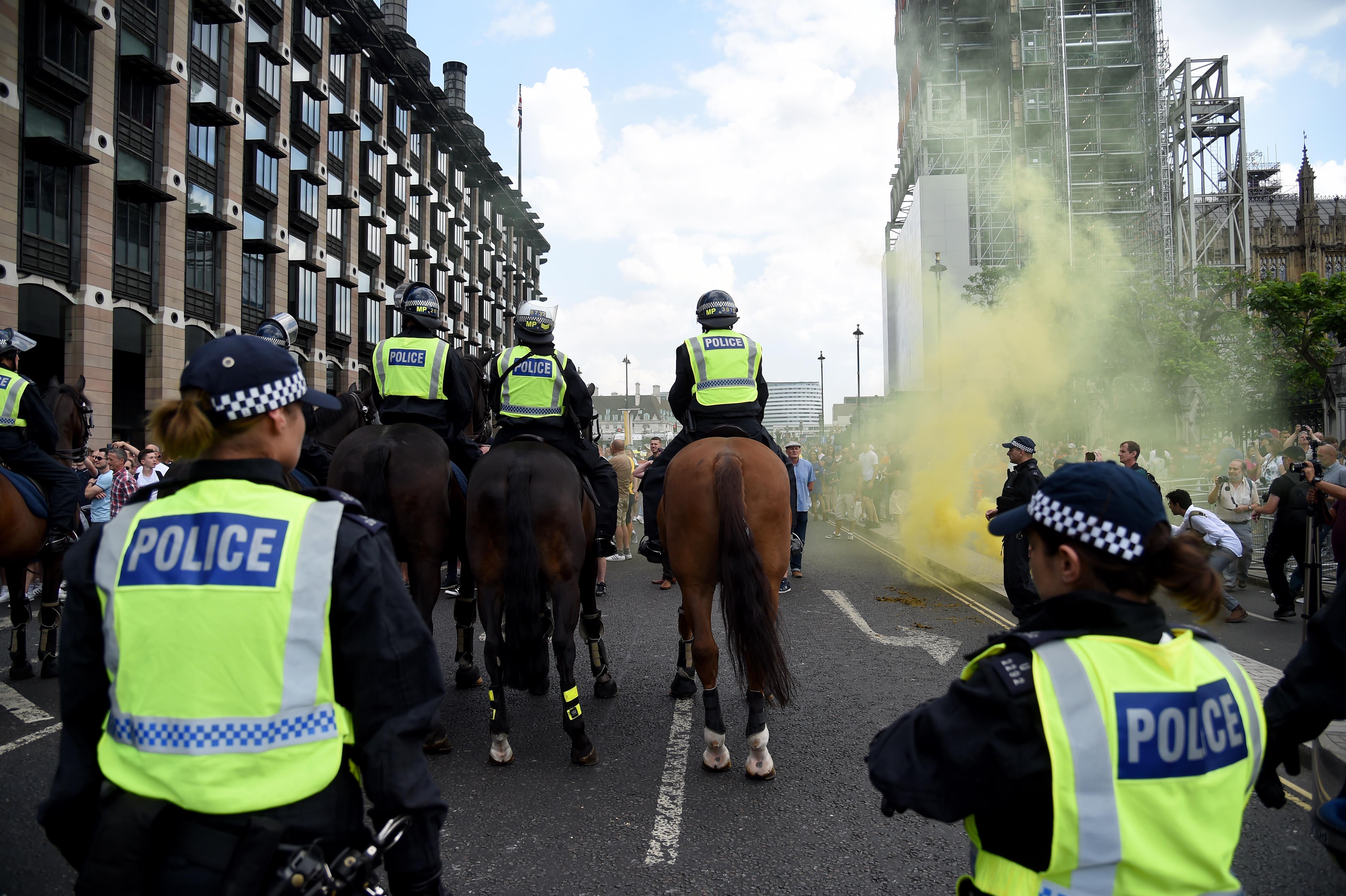 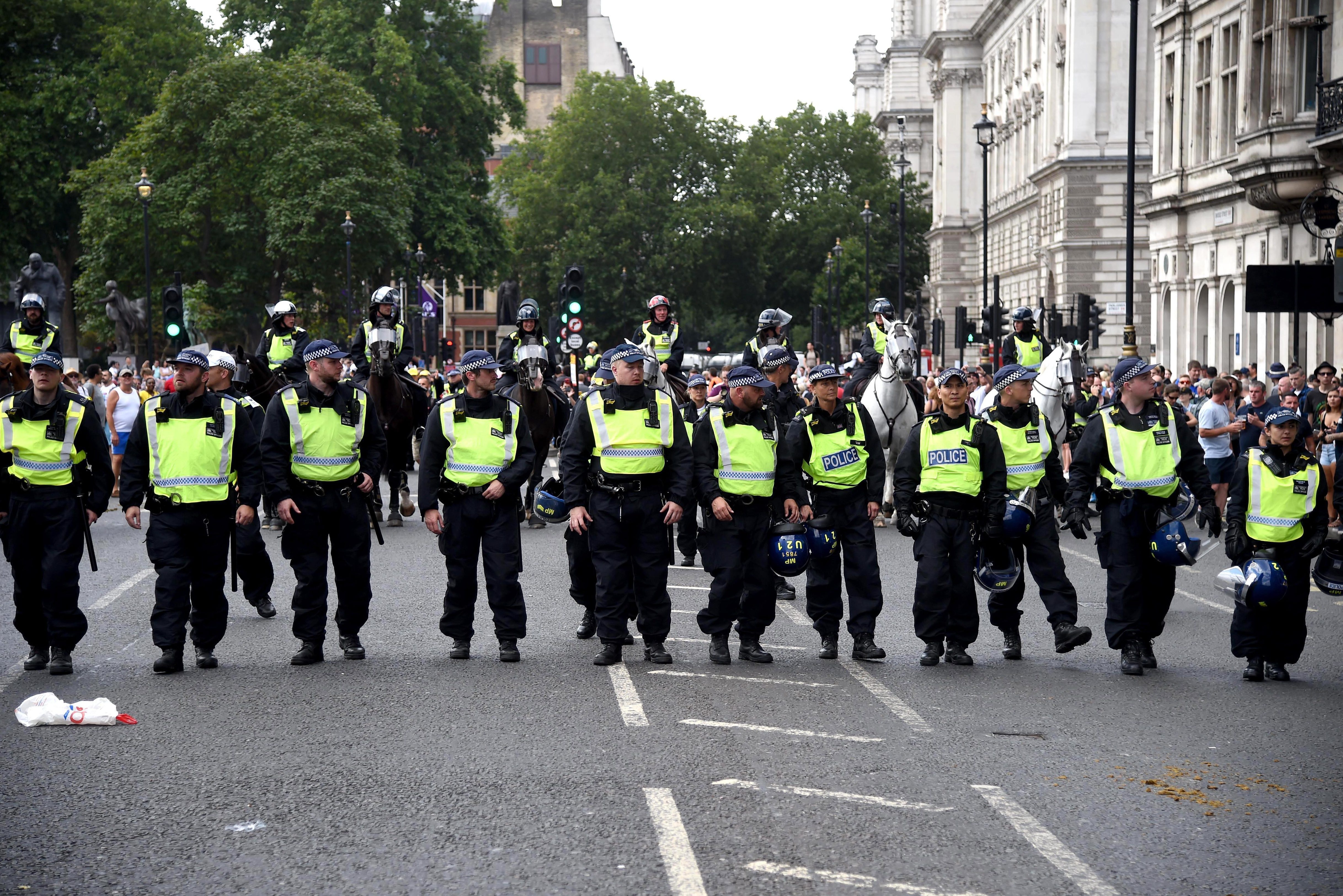 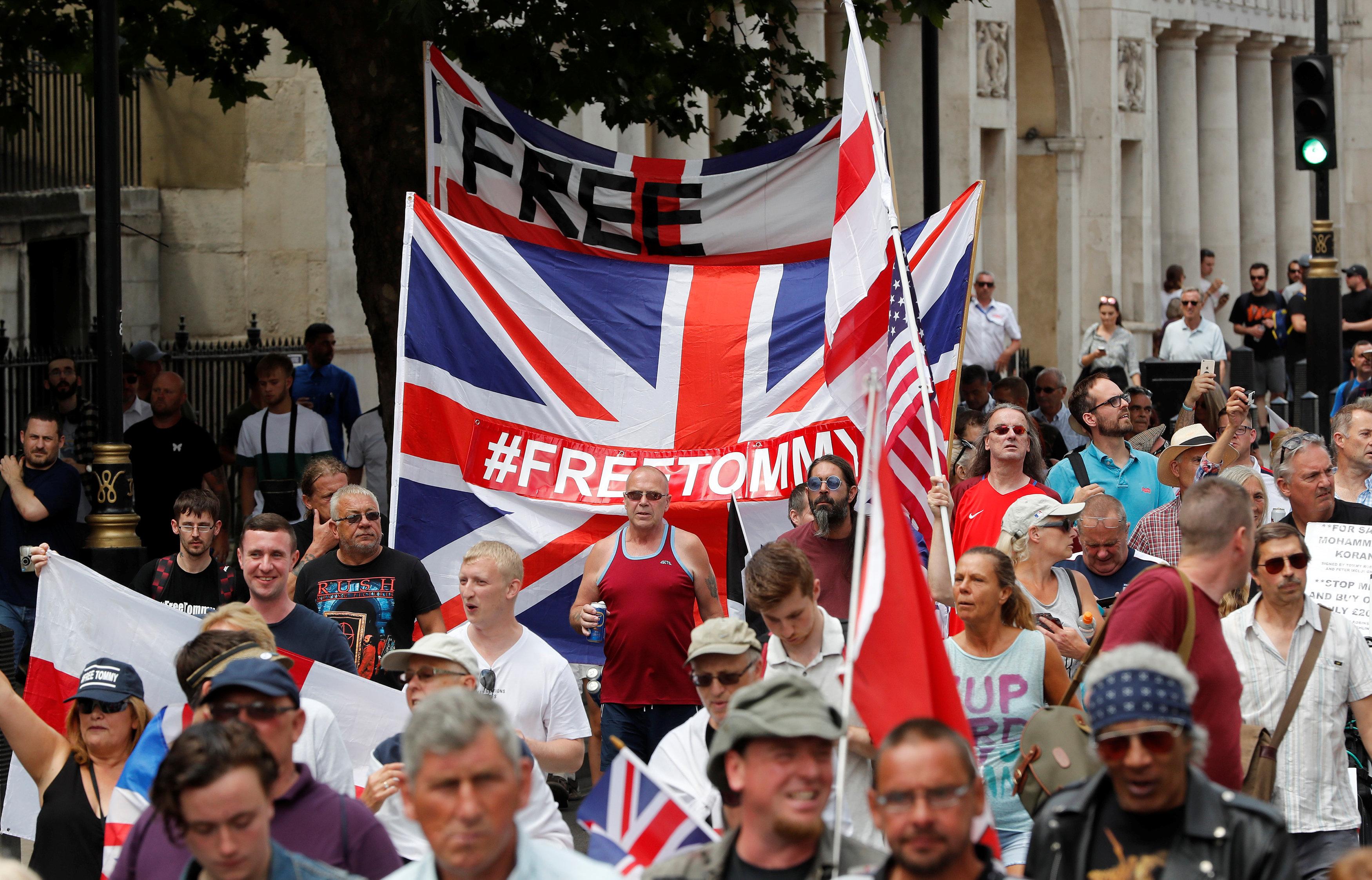 Meanwhile one of Donald Trump's ambassadors has called on the UK to treat jailed Tommy "sympathetically".

It is alleged that Sam Brownback, the United States Ambassador for International Religious Freedom, complained to the British ambassador in Washington DC in a June meeting with Sir Kim Darroch, Britain’s Ambassador to the US.

The claims were made by a British official and two sources close to the organisers of the pro-Robinson demonstration that took place today.