The papers and archives of the late Labour heavyweight Tony Benn have been gifted to the British Library in a donation which will save the family £210,000 in inheritance tax.

The collection, which includes hundreds of thousands of files and recordings, has been given to the nation in lieu of the tax money.

In 1983 Benn and his fellow Labour candidates stood on a manifesto which promised that ‘capital taxes will be used to reduce the huge inequalities in inherited wealth’.

But the donation under the Acceptance in Lieu scheme means the family will pay the tax in the form of ‘important cultural, scientific or historic objects and archives’.

Personal papers, categorised as the ‘101 files’, include early correspondence between Mr Benn and his wife Caroline, as well as letters from former prime ministers Clement Attlee and Harold Wilson.

He also kept 33 boxes of letters classed as ‘funny, obscene, threatening and abusive’ from his career.

Some of his famous pipes, as well as the scissors he used to cut the ribbon for Concorde, form part of the collection.

The recordings reveal that Benn was convinced his telephone was being tapped during the Wilson government years.

The late former cabinet minister speculated that the KGB, MI5 or the CIA could have been behind the interception in an audio diary in 1975, when he was industry secretary.

In the self-recorded entry, he recalled how his son Joshua was able to hear through the radio him playing down the phone a recording of a speech he was due to give – leading him to believe there was a transmitter bug in his room. 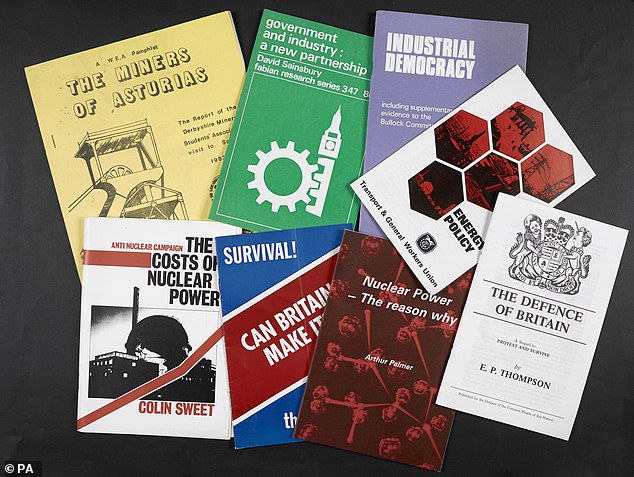 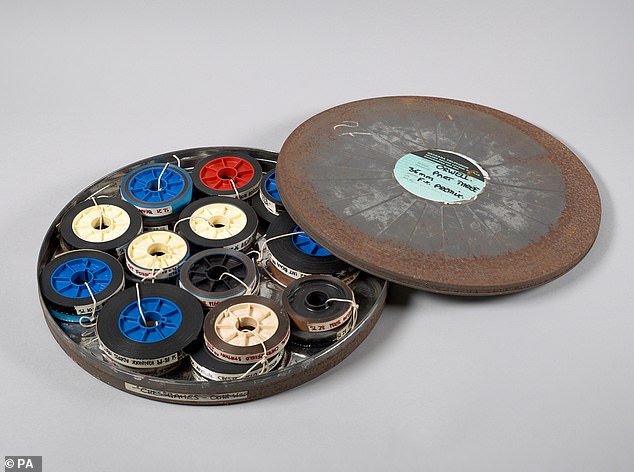 Film rushes which belong to the Tony Benn collection. It is being donated to the British Library in lieu of £210,000 in inheritance tax 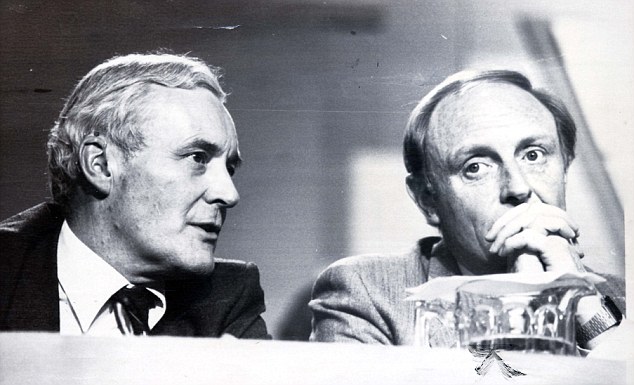 ‘As I was sitting listening myself, Carol came down and beckoned me away and so I went upstairs and discovered that Joshua was picking up my telephone call to Frances on his radio,’ Mr Benn said.

‘So obviously there is a transmitter bug in my room – whether put here by the CIA, by MI5 or by the Post Office or KGB I do not know – but it was absolute confirmation because Joshua picked it up on his portable radio that wasn’t plugged in at all to the electrical system.

‘It is a very interesting confirmation of what I have long suspected – that my phone is tapped.’

Mr Benn was born in 1925 as Anthony Wedgwood Benn into a political dynasty which included two grandfathers who sat in the Commons and a father who was first a Liberal and then a Labour MP.

His decision to give up the title Viscount Stansgate, which he inherited on his father’s death in 1960, led to the Peerage Act of 1963, allowing the renunciation of hereditary titles. 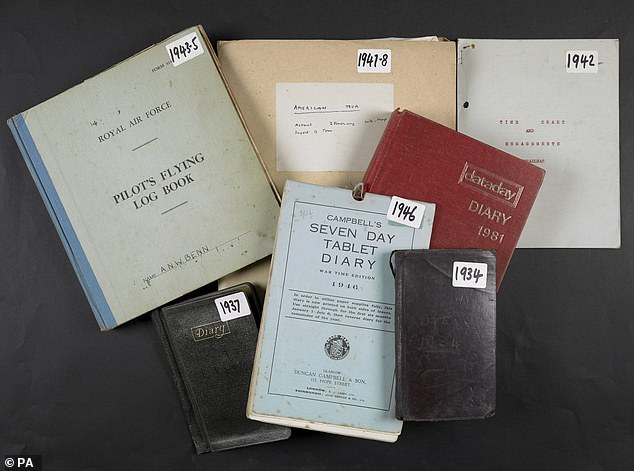 A selection of Tony Benn’s diaries, seen here from the 1930s and 1940s, which are part of the collection of hundreds of thousands of files 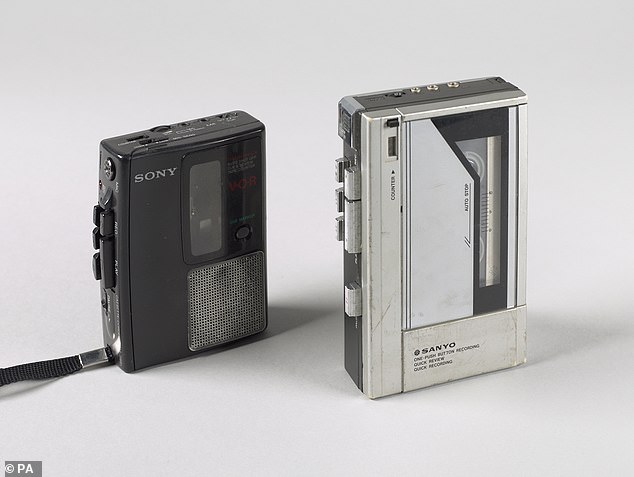 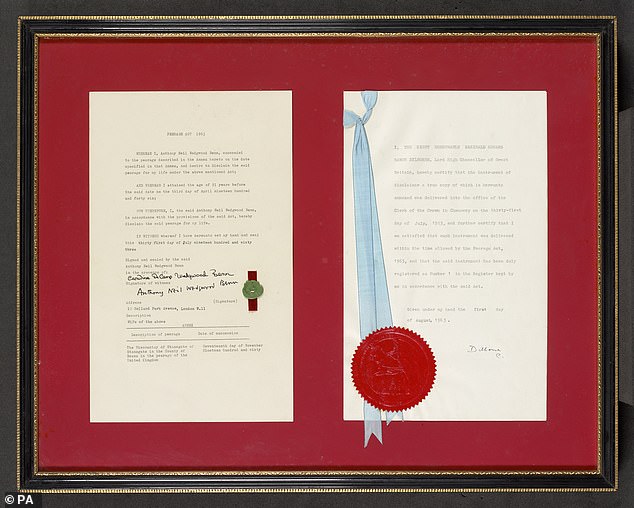 Tony Benn’s Peerage Act Warrant of Renunciation from 1963. His decision to give up his hereditary peerage led to a change in the law

He was seen as a modernising technocrat when he entered government, but was an unusual example of a politician who became more left-wing as he grew older, crediting the change to his experience in government of seeing progressive reforms blocked by the establishment.

Rachel Foss, head of contemporary archives and manuscripts at the British Library, said the archive was an ‘extraordinarily wide-ranging and rich resource for historians and researchers and is a great gift to the nation’.

She added: ‘The Benn Archive will be hugely valuable for current and future generations of researchers into post-war British politics and society, into the Labour Party and the labour movement, as well as into the long and influential career of Tony Benn himself.

‘It is a very substantial addition to the British Library’s growing collections of contemporary archives in the field of politics, campaigning and activism.

‘We look forward to making it available through our Reading Rooms at St Pancras and to working with partners to facilitate engagement with the archive across a wide range of audiences.’