Sunday was an awful, awful day for the Dallas Cowboys and their fans. Quarterback Dak Prescott suffered a devastating ankle injury while the Cowboys were playing the New York Giants. Prescott dislocated his ankle and reportedly had surgery on Sunday night to repair a compound fracture.

With Prescott now out for at least the rest of the season, Cowboys players and fans are both mourning and trying to be positive about the team’s 11 remaining games. What nobody needed was NFL analyst and former coach Tony Dungy using the worst possible words to talk about how the Cowboys can move forward after Prescott’s injury.

You heard that right. Dungy said that Prescott’s injury “might be a blessing in disguise for the Cowboys.” He said that while sitting in front of a camera during a live broadcast. Those words were formed in his brain, and he somehow decided they should actually come out of his mouth so other people could hear them.

It’s difficult to see anything as a blessing in disguise after your franchise quarterback suffers a catastrophic season-ending ankle injury, especially on the same day the injury happened. Fans were definitely not impressed with Dungy’s choice of words or his analysis of Prescott’s injury, and they let him know.

Dungy didn’t apologize for his truly terrible choice of words, or for his “let’s all look on the bright side of this potentially career-altering injury” tone, but he did try to clarify what he meant.

Nice try, Tony. It’s hard to see what the “blessing” could be when the Cowboys now have to depend on Andy Dalton, who looked absolutely washed with the Cincinnati Bengals over the past few seasons. Returning the focus to running back Ezekiel Elliott wouldn’t be a bad thing, but it remains to be seen whether Dalton and the offensive line are capable of making that happen.

Regardless of why Prescott’s injury “might be a blessing in disguise for the Cowboys,” there were better ways to phrase it. This is a situation no one wants to be in or talk about, so it’s probably wise to stay away from words like “blessing” for the foreseeable future. In fact, just remove the word “blessing” from your vocabulary anytime you’re talking about the impact of an injury. 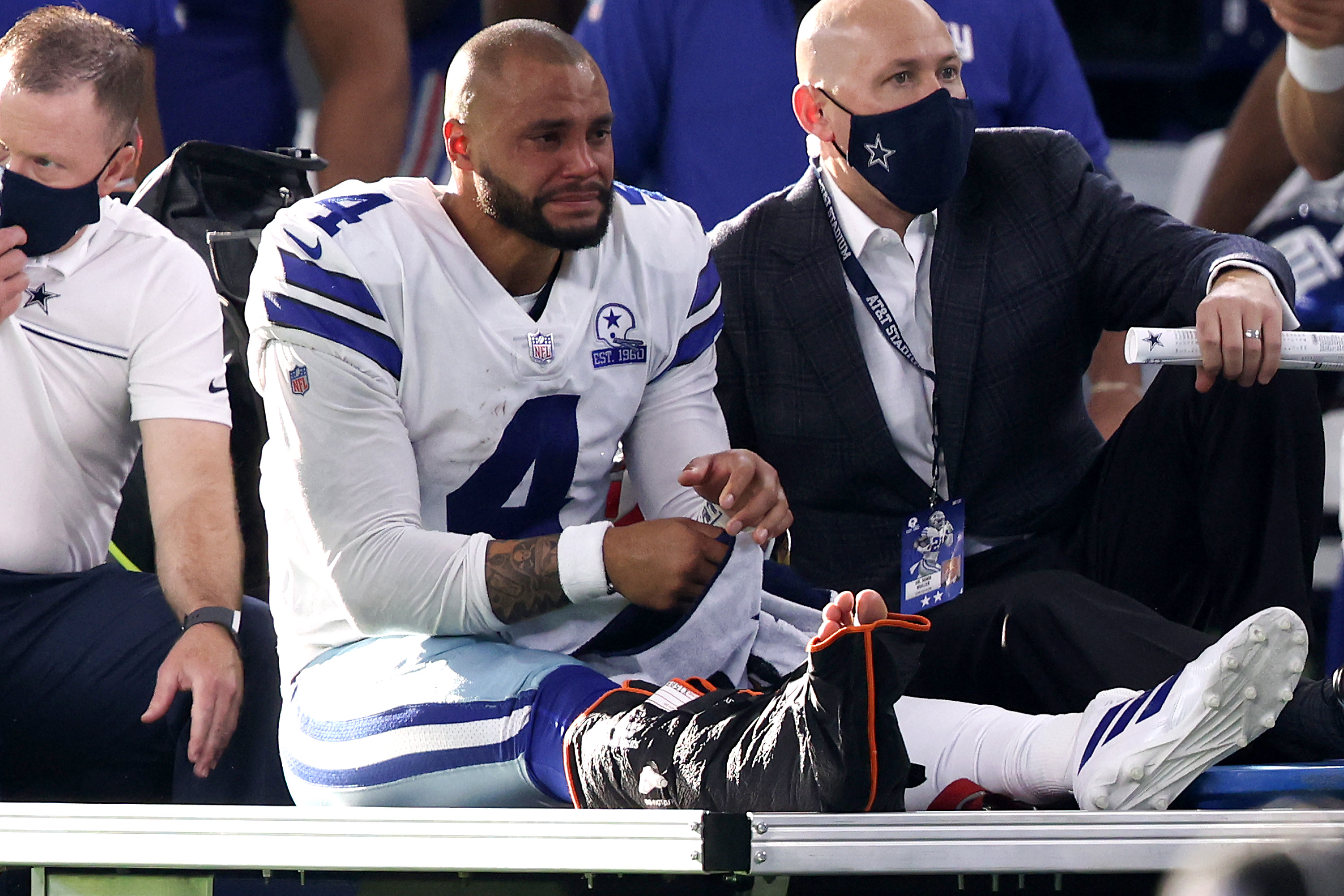