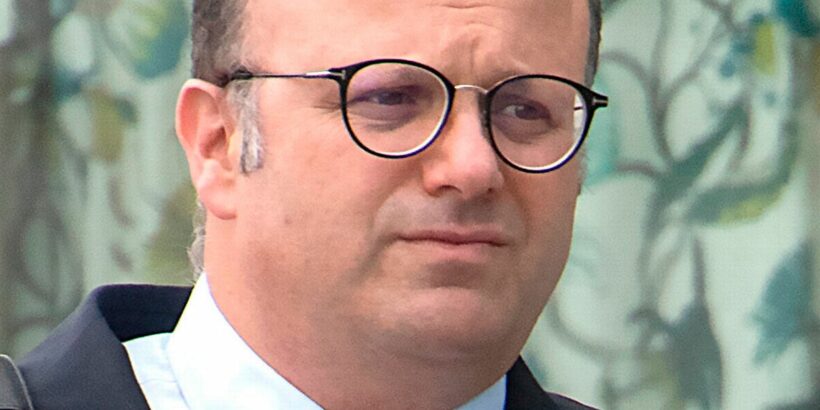 A top London lawyer has been found guilty of deliberately driving at a pedestrian during a row over parking outside his daughter's nursery.

Mr Bullen said he was trying to take a photo of Bronfentrinker parked on double yellow lines but had to "jump out the way" as the lawyer "accelerated" towards him, the Mirror reports.

Bronfentrinker, who is a partner at Quinn Emanuel's London office, told the jury he was trying to drive around Mr Bullen.

Southwark Crown Court heard Bronfentrinker had just dropped his daughter off at the Montessori Nursery in Marylebone Lane when he was spotted checking emails in his Mercedes C350E by Mr Bullen.

Prosecutor Nick Wells said: "Mr Bronfentrinker was parked over a double yellow line and two of the four wheels were on the pavement.

"He was parked directly outside the Montessori Nursery School on Marylebone Lane where his daughter attends.

"Mr Bullen on seeing the vehicle parked this way that morning stopped and raised his arms in disbelief. It seems Mr Bronfentrinker reacted dismissively to Mr Bullan then put his head down and continued typing on his phone or looking at his emails."

Giving evidence, Mr Bullen said he was on his daily walk when he saw Bronfentrinker's car parked on Marylebone Lane.

Mr Bullen said: "He was looking down at his phone. I took my phone out and I stood in front of the car on the footpath five to six feet in front and I lined up my camera to take a picture.

"As I took the photograph I realised the car was accelerating towards me although it didn't make any sound, there was no horn.

"I just saw it coming towards me. I realised it was not going to turn away so I jumped to one side to avoid it hitting me."

The ex-high jumper said: "I'm lucky I'm a sportsman, my reactions are pretty quick. I could feel the wind of it as it passed by my tracksuit bottoms.

Bronfentrinker said he had to move towards Mr Bullen because it was "the only way to leave" and he was only travelling at around 2 to 3mph.

He added that it was "preposterous" to suggest he was trying to run Mr Bullen over, and he was turning the steering wheel to go around him.

In closing speeches, Mr Wells told jurors: "There's been an attempt in this case you might think to if not exactly blacken Mr Bullen's name, but certainly to portray him as a thoroughly odd and peculiar man.

"Mr Bronfentrinker did say in his interview that Mr Bullen may have carried on to make an incident of this.

"Mr Bullen says that he jumped out of the way and the car was very close to him and if he hadn't jumped out the way he would have been hit.

"He was in a state of shock. By definition, Bronfentrinker must have been accelerating because his car was first of all in a stationary position."

Bronfentrinker, of Highgate, north London, was convicted of one count of dangerous driving on Thursday.

He will be sentenced at Southwark Crown Court at a later date.