My mother works on Yonge Street near Finch Avenue in Toronto. It is our version of Broadway and one of the most popular boulevards in the city. My close friend lives a block away, and I spent my teenage years eating Chinese food and playing computer games at internet cafes in this neighbourhood.

Yonge and Finch, as it’s colloquially known, is the northern intersection of the corridor of road where a rental van was driven into crowds of pedestrians. It was with a shocked numbness between seeing patients in clinic that I read notifications on Twitter about the attack, and several more agonising minutes before speaking with my mother ensuring that she was safe.

She, like hundreds of Torontonians, was finally taking advantage of the anticipated thaw of the city from a particularly brutal winter. Her lunchtime walk, thankfully, was not lethal. That fate chose 10 other innocents enjoying the sunshine, while 15 others were left seriously injured in hospital. 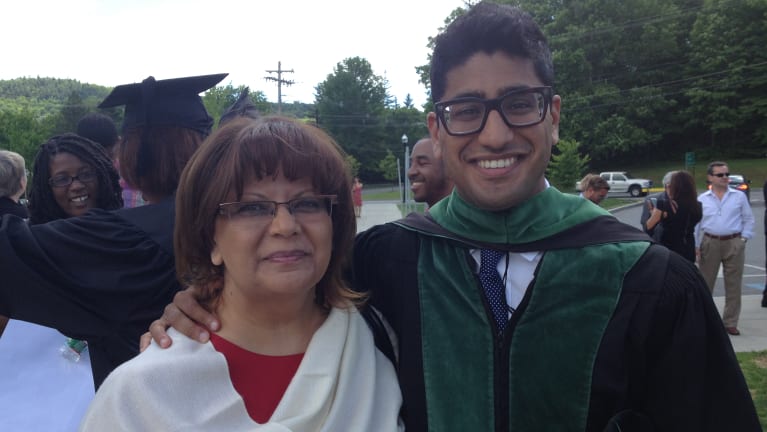 Adam Kassam and his mother.

The alleged attacker is now in custody, but not before a chilling video revealed him baiting police to shoot and kill. Instead of an ending that would have added to the death toll, poised and skilled officers were able to de-escalate the situation, leading to an arrest. In contrast to stories of trigger-happy police in the United States and Canada, these officers deserve our praise for their exceptional professionalism. As do our citizen bystanders who administered first aid, along with first responders tending to the injured.

This is a day that many in Toronto have considered inevitable. The largest city in Canada and fourth largest in North America has always been a high-risk target with previously foiled attempts at carnage. However, it is also a city that has always vigorously defended and celebrated one of its greatest strengths: diversity.

I was born and raised in Toronto by an immigrant Ismaili Muslim family from Africa. I grew up surrounded by people from all walks of life and learned about their experiences through the richness that is our incredible mosaic of cultures. It was through my exposure to this pluralism of food, language and the arts that I grew to love Toronto. 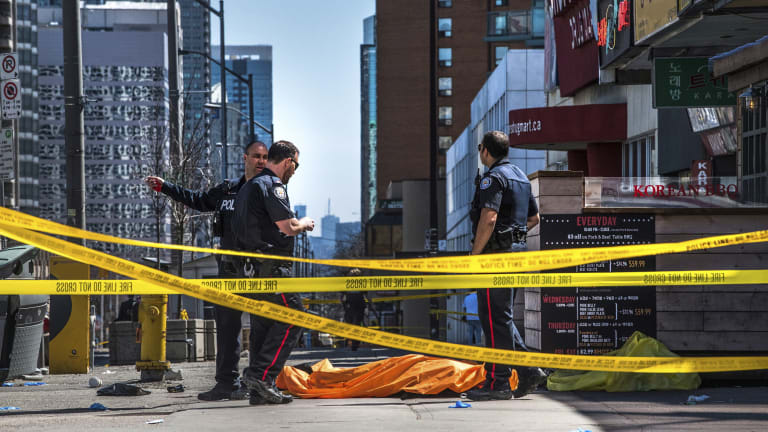 The scene of the deadly attack on Monday.

These are the kinds of stories that Torontonians wear with a badge of honour. It is why this city has become a global destination for individuals seeking a life of opportunity, stability and prosperity. It is the kind of city where a brown or black-skinned person can see themselves represented in industries like the media, politics, medicine and tech. Toronto is a city that believes in diversity unlike any other city in the world.

The investigations in the coming weeks and months will raise questions about motive, which will lead to involved discussion around theories including terrorism and mental illness. The city will also face a reckoning about its preparedness for future attacks. Families of the victims and injured will try and make sense of their loss as Toronto searches for answers.

But, we will endure. Our strength and pluralism will prevail. We will unite in mosques and synagogues, restaurants and bars, schools and libraries, hockey arenas and basketball gymnasia. This is where Toronto will heal.

Adam Kassam is a Toronto physician.